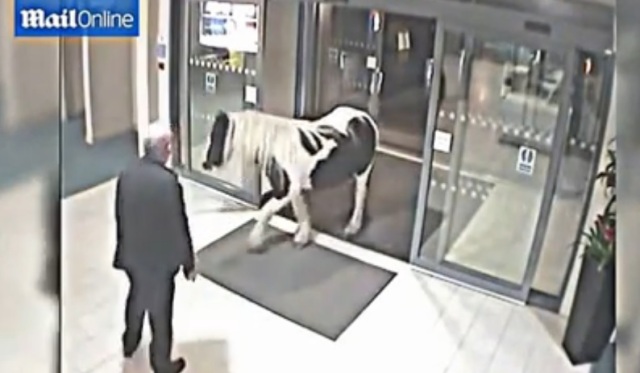 The most pony-like thing that a pony ever did.

Screenshot from the security camera

According to the British news outlet The Telegraph, a pony who had escaped the clutches of his owners decided to turn himself in at the local police station following an eventful few hours as a fugitive.

A closed-circuit security camera caught the adorable criminal waltzing into reception at the Cheshire County’s Winsford Headquarters and walking right past a very surprised-looking gentleman. It then appears that an officer baited the runaway out the way he came with a treat.

A spokesman for the police station told the Telegraph that the pony has escaped from a nearby field, and was eventually escorted back to his home.

And that, ladies and gentlemen, is pretty much everything we love and hate about ponies. Friendly, entitled, bratty, adorable little chubs.