This week we take a look at an Academy Award winning documentary about Nautical, a Palomino that defied his stock horse roots to win Team Gold at the 1959 Pan Am Games.

Horse With The Flying Tail begins in New Mexico on the South Springs Ranch. We are introduced to an adorable six-day-old colt living on the range with his herd and dam, who lovingly taught him about cross country jumps…or so Disney leads us to believe. 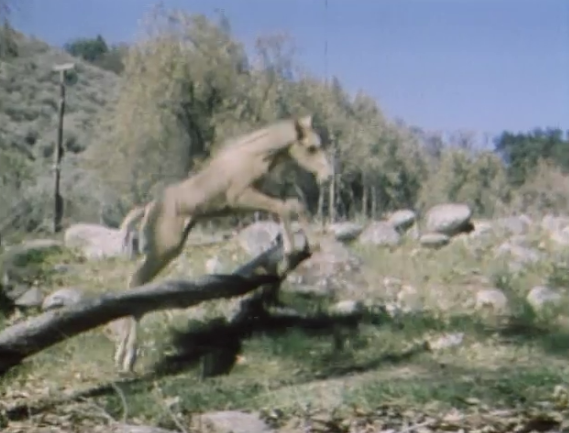 The film then shows us clips of the Palomino, renamed ‘Injun Joe,’ as a young horse causing trouble on the ranch, stealing corn from Native Americans and jumping fences when he was supposed to be herding cattle. 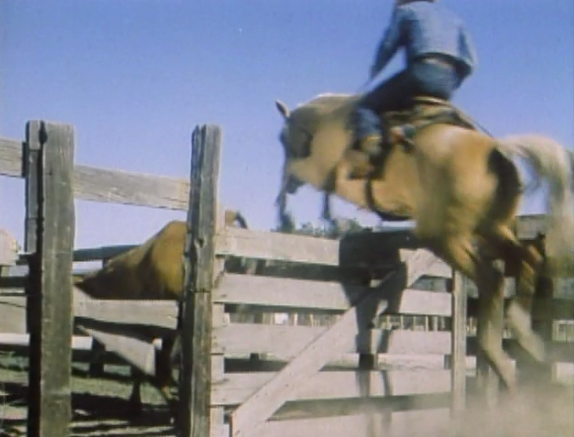 It was his jumping ability that led him to the nearby ranch of Colonel Norton and his daughter Sue.  Sue put him through his paces before selling him as a prospect to a foxhunter from Virginia. 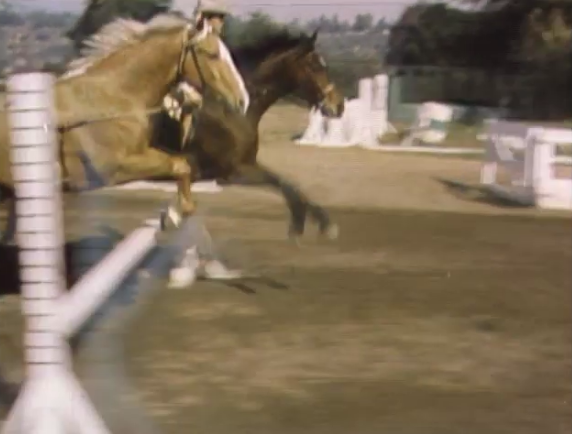 Unfortunately, Injun Joe was ill-suited for his rider and foxhunting.  He was then sold to a jumping barn with a ruthless trainer.  Joe was starved for his disobedience and badly beaten. 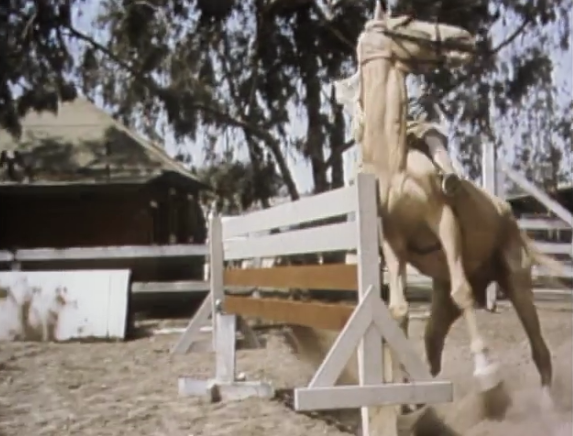 He was then sold to a rental stable that offered rides for $2 an hour.  That didn’t end well, so he was auctioned off for a rock-bottom price to yet another jumping stable.  This rider proved to be a steadier personality, though, and “reawakened” Joe’s jumping ability. 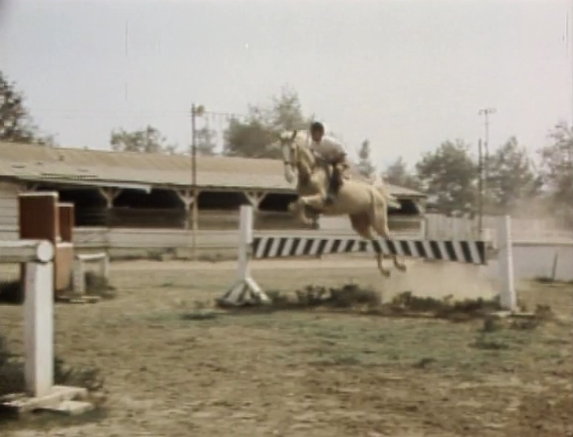 Joe was sold again, this time to a professional jumper, who finally rode him in a few competitions where he earned the nickname “Sneaky Pete.”  It was on this eastern show circuit that Hugh Wiley and Injun Joe would finally cross paths.  Joe had a bad reputation for inconsistency and Wiley was hesitant… 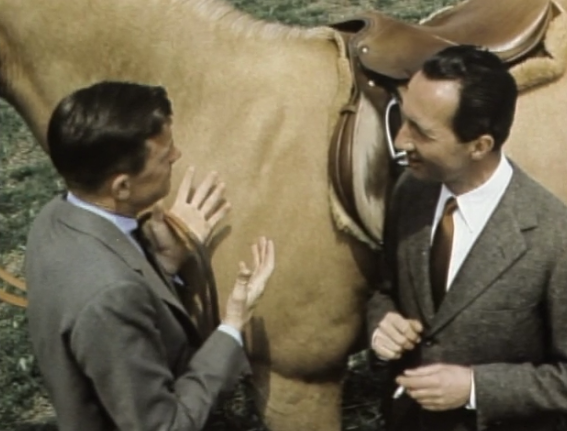 But in the end the Palomino was recruited for the United States Equestrian Team.  He was renamed Nautical and moved to team headquarters in Connecticut.   We are introduced to the rest of the now legendary team including William Steinkraus, Frank Chapot and George Morris.

Ummm…I can’t believe I’m saying this…but George was a total hottie back in the day. 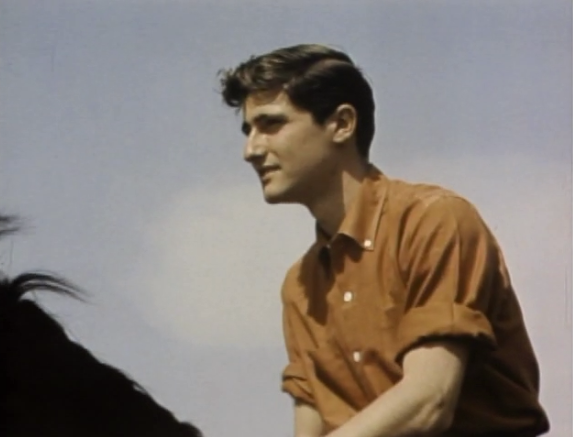 Nautical was brought up slowly, conditioning on the flat for months before a return to jumping.  He flourished with the love, attention, and meticulous care provided by Wiley.  In his European debut at Paris, Nautical and Wiley did well although they didn’t place. 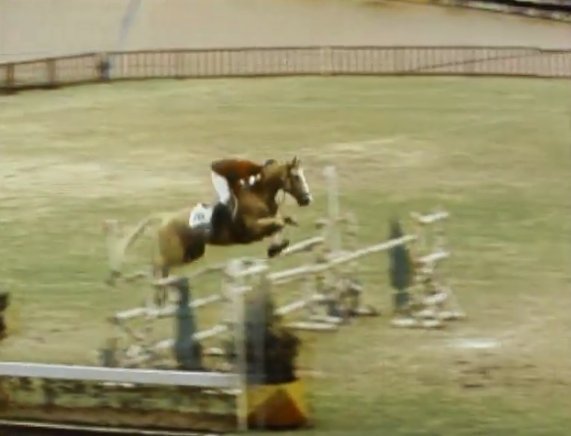 Next the team headed to Aachen where Nautical and Wiley finished 3rd out of 68. 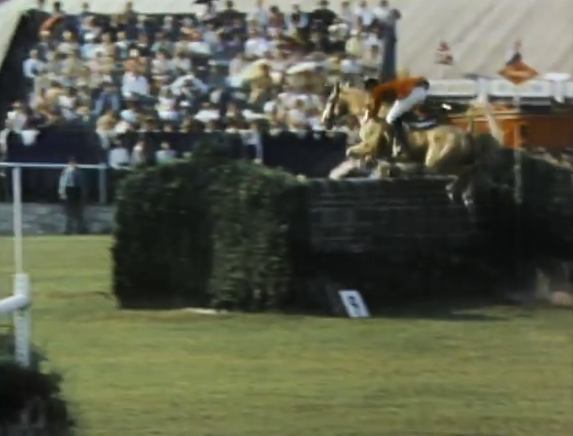 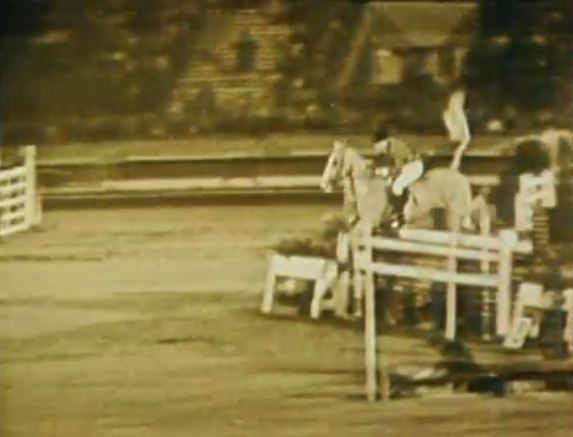 In real life, Nautical was sired by an American Quarter Horse named Muchacho de Oro out of an Army Remount mare of mostly Thoroughbred breeding.  Registered as Pelo de Oro, Nautical would go on to win the King George V Cup and then the Team Gold at the 1959 Pan American Games.  His trademark “flying tail” was the source of the documentary’s title.

Horse With The Flying Tail won the Academy Award for Best Documentary in 1961.  This film is a strange mix of old-school Disney cheese (for example Nautical “packed his own bags” before leaving for Europe), straight baller Pony Club educational information, live footage from real events, and Hollywood glamour shots.  All that goodness is wrapped up in a neat 47 minute package that can be had for $2.99 on Amazon Instant Video.  That’s a steal, folks.

I give Horse With The Flying Tail 4 Golden Horseshoes.