Based on the autobiographical novel “The Dancing White Horses of Vienna” by Alois Podhajsky, the film tells the true story of the Lipizzaner stallions of the Spanish Riding School during WWII.

Walt Disney Productions produced the movie in 1963, starring Robert Taylor, Lilli Palmer, and Curt Jurgens. it was filmed at the actual Spanish Riding School in Vienna, Austria. The movie begins in documentary style, with a narrator detailing a brief history of the Spanish Riding School, the Lipizzaner breed, and Austrian involvement in the War. We are then introduced to our lead character, Colonel Alois Podhajsky, who is desperately fighting to evacuate his beloved horses before the war strikes Vienna.

I must admit that I missed most of this dialogue because the background was so incredibly beautiful. We are given an excruciatingly quick tour through the main training arena, the stables, and what looks to be an office literally covered from floor to ceiling with paintings. 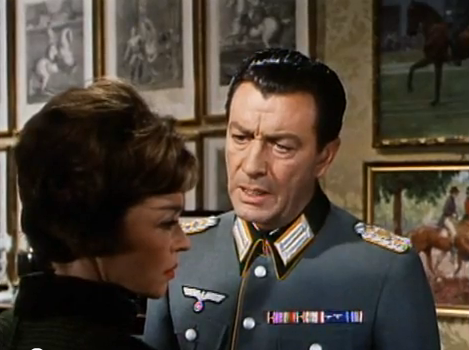 After a very serious discussion between the Colonel and his wife, we are whisked away to the dining hall of the riders, where they are singing for their supper. In America we generally say, “An apple a day keeps the doctor away.” In Germany they sing, “A wienerschnitzel for all that ails you.” 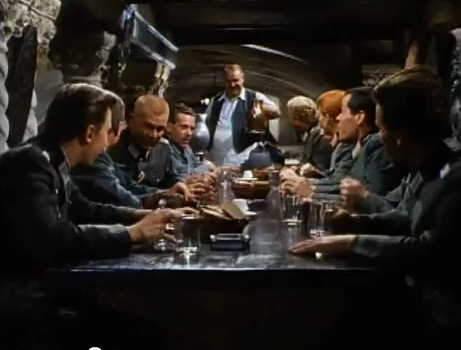 The merriment dies quickly as the men are informed that they will be forced to leave the School and head back to active service at the war front. Dinner is then interrupted by the sudden sound of sirens, warning of an imminent air raid. 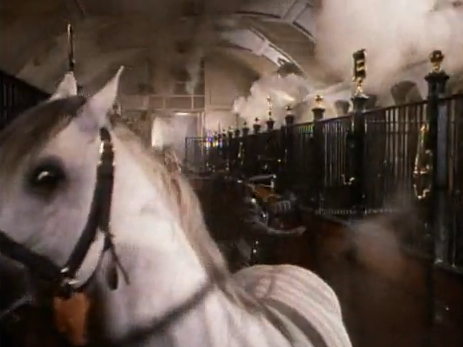 The Colonel (with his riders headed back to war, his mares and foals sent off to Czechoslovakia, and his stallions threatened by air raid) appeals once more to the Nazis to evacuate the Spanish Riding School. The request to remove the horses is denied by a very glum General Striker. However, the “Area Defense Commander” General Tellheim informally gives permission to evacuate priceless “treasures” from the school. Conveniently, these treasures must be hauled out on wagons pulled by white stallions.

The Lipizzaner’s begin their exodus from Vienna to St. Martin by train on which they practice their piaffe? 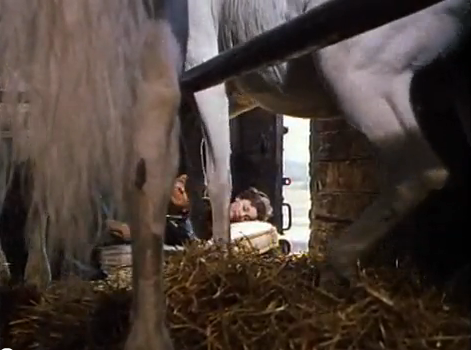 I am not joking. The horse held a piaffe, unsaddled, without a handler, while on a moving train. Once in St. Martin, the Colonel finds a country hovel in which to wait out the war… 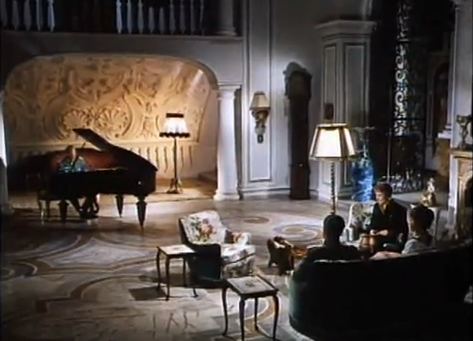 Then General Tellheim brings news. He tell the Colonel he must demilitarize the School if he intends on saving it. It is the only chance the horses will have of surviving the Allied invasion. 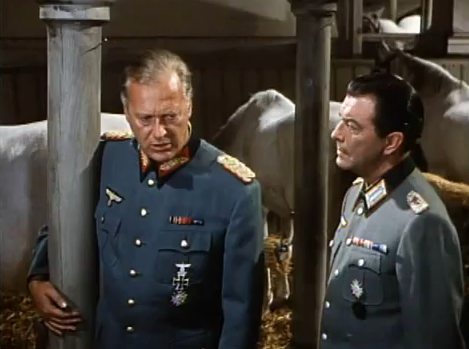 The Colonel’s wife says, “You must understand. There are people in this world to whom a horse is just a horse. White, black or piebald. Not a thing of beauty of culture. Just a horse! A means of transportation or perhaps something to fill their stomachs.” She follows up with a valiant plea for him to keep fighting for the horses and for hope. #shesakeeper The Colonel immediately denounces his Nazi ways, rids himself of his military rank and uniform, trashes all their weapons, and begins preparing for the arrival of the Americans.

Once the U.S. Army arrives we are introduced to a young Major Hoffman, who apparently hails “from that part of Texas where they still know how to ride a horse.” With his help, the Colonel petitions the American commander to protect the 70 Lipizzaner stallions residing in St. Martin along with the mare and foals still in Czechoslovakia. 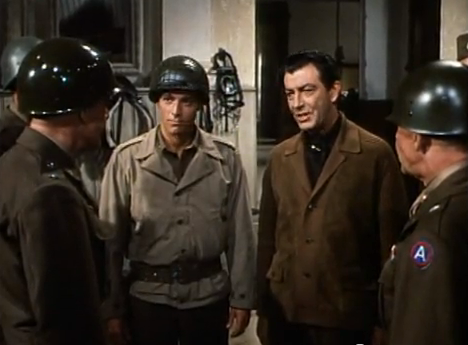 A plan is formed. Four-Star General Patton, rider in the 1912 Olympics and avid horseman, is coming to St. Martin in a couple of days. A performance just may convince America to protect the Lipizzaner breed. Training begins early the next morning to the amusement of the American soldiers.

American Soldier Two: “We’ve got a Spanish restaurant in Brooklyn.”

American Soldier One: “Mmm hmm. Look at them sashay around.” 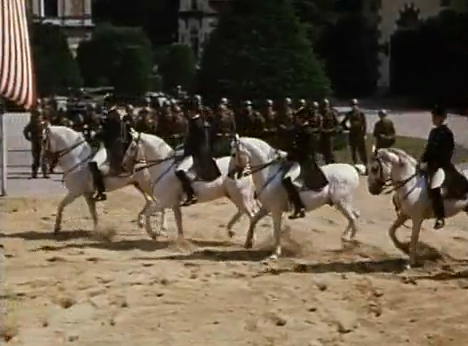 At the end of the performance, the Colonel makes a final plea to General Patton and the entire U.S. Army to protect the Spanish Riding School and to aid in finding the Lipizzaner mares trapped across the line of demarcation in Czechoslovakia. 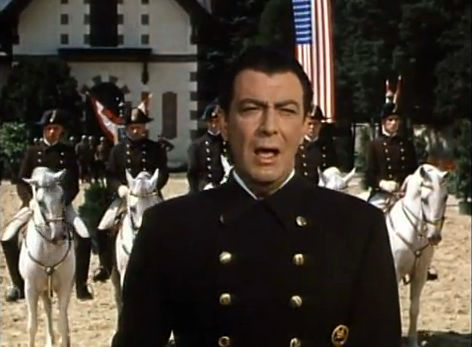 Will the Americans protect the Spanish Riding School? You’ll just have to watch and see!

This movie, although extremely slow in some parts, was a solid horse flick. I’m not a war historian, so I cannot account for the authenticity of the events depicted, but I do know that Disney changed small things, such as exchanging the factual brown jackets in one performance for a flashy red. 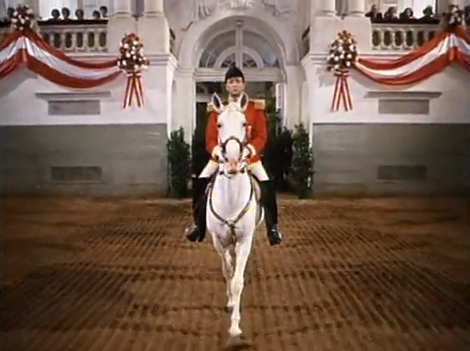 Regardless, the riding, scenery, and amazing props more than made up for those small inconsistencies. The riding was superb, as it was performed by the actual Spanish Riding School and choreographed by the real Colonel Alois Podhajsky. The last 10 minutes alone are worth the watch. 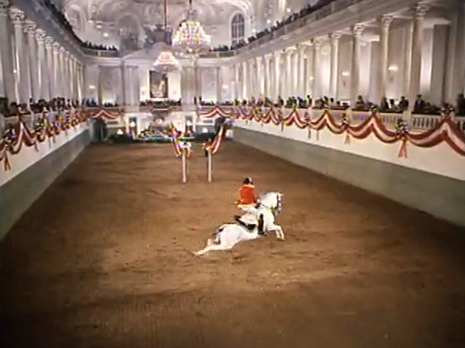 I give Miracle of the White Stallions 3 Golden Horseshoes.