While not a household name, 14-year-old, 15.2hh OTTB Finder’s Key probably stars in some of your favorite movies.

He started his career working on Seabiscuit (2003) when he was only 3 years old and fresh off the track as a failed racehorse.  He went on to work in Legend Of Zorro (2005) with Antonio Banderas, Did You Hear About The Morgans (2009) with Hugh Grant, Unstoppable (2010) with Denzel Washington and Mirror Mirror (2012) with Julia Roberts.  He has also worked on numerous TV shows, such as CSI: Miami.  For that role he had to be dyed entirely black…with organic Japanese hair dye. 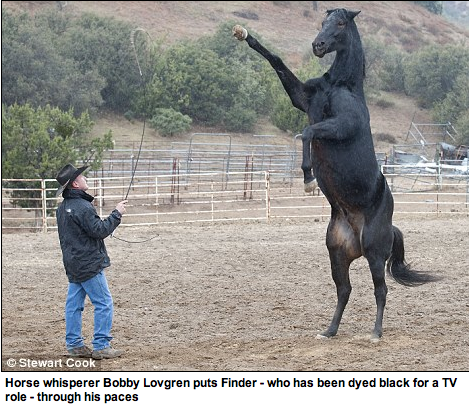 Finder’s most well-known role came when he was cast in Steven Spielberg’s War Horse (2011).  There were 14 horses that portrayed Joey through the course of the film but it was Finder that performed the ‘personality shots,’ such as rearing when separated from his beloved owner, as well as the crucial final scene in the barbed wire strewn no-man’s land. 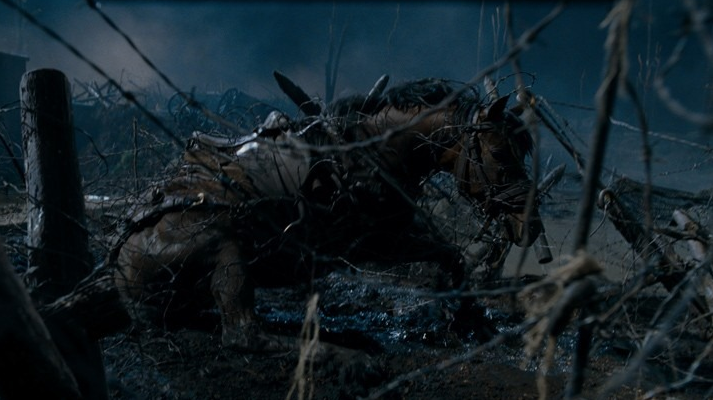 California Trainer/Owner Bobby Lovgren reported to The Equestrian News, “Finder is not an easy horse. He’s not a good actors’ riding horse, and no actor’s ever ridden him. That’s not what I have him for. He’s good at playing a wild horse ― great at playing wild and frightened. He can be so contained and yet look like he’s panicking.” 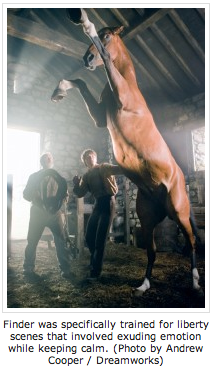 “His look and personality is the most exceptional I’ve ever seen!” Lovgren says to OffTrackThoroughbreds. “I’ve never worked with a horse like this. He has such an explosiveness, and this incredible ability to jump around and rear and look the part of a very wild horse, all in a confined space.”

“The Thoroughbred is my (fondest) choice of horse, for their athletic ability.  I really enjoy working with them,” Lovgren says. “And Finder in particular is exemplary in his work ethic.” 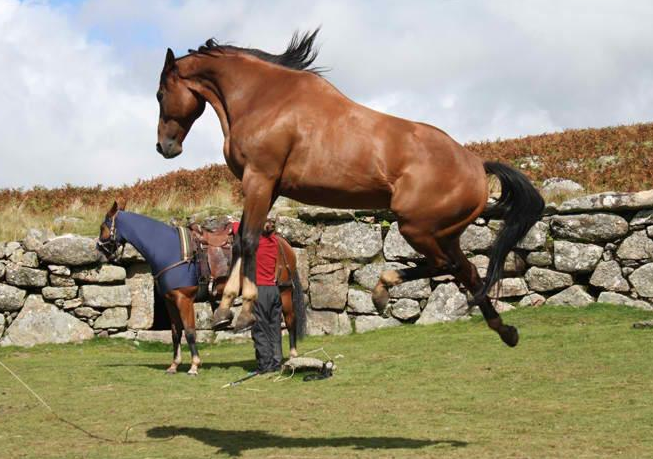 Lovgren also said about the horse, “He is like a wild child at times. He’s a handful, but he just loves being in front of the camera. Just about the only thing he’s not very good at is standing still. He is Mr Hollywood himself.”

Fortunately, Spielberg chose Finder’s ‘look’ as Joey…so it was the other horses that had to stand still for extensive makeup prep for most of the 5 month filming schedule.  Only for the final scenes, when Joey is war-weary and half-starved did Finder have to work with the 26 makeup artist team.  DailyMail UK reports, “Finder was covered in shaving cream to make his hair stick up and look bedraggled. His ribs were outlined with dark makeup to give the impression that his bones were sticking out.” 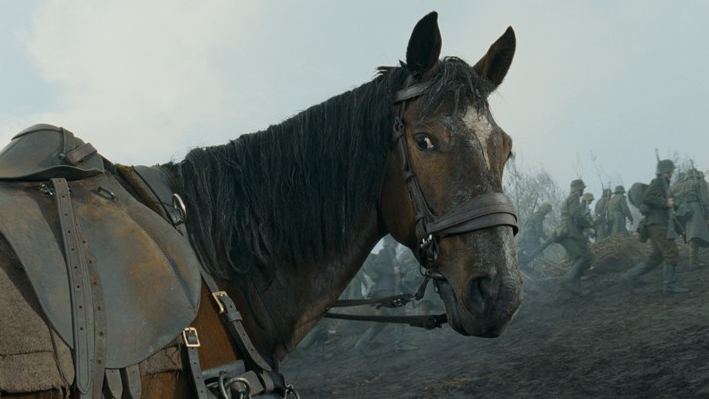 Lovgren stated, “(His and Finder’s) work on War Horse is the single greatest achievement of his career and the film itself is an unprecedented achievement in the horse-movie genre.”

This Memorial Day honor our four-legged veterans by checking out Finder in War Horse.