The term “horsepower” was invented by Scottish engineer James Watt, a well-known name in the scientific community (check out that 60 watt bulb in your ceiling fan right now) late in the 18th century. 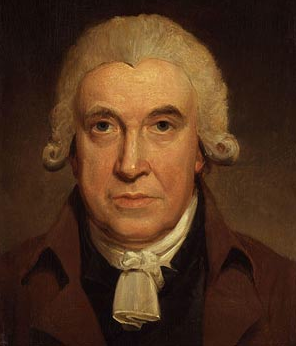 He invented the term simply for…you guessed it…marketing. When trying to pitch his sales of steam engines it was easier for customers to understand the power of the machine in relation to the technology they were already accustomed i.e. horses.

Other historians say that Watt first guesstimated the number from observing coal ponies. Watt determined that a pony could lift an average 220 lbf at 100 ft per minute over a four-hour working shift. Watt then judged a horse was 50% more powerful than a pony and thus arrived at the 33,000 ft·lbf/min figure. 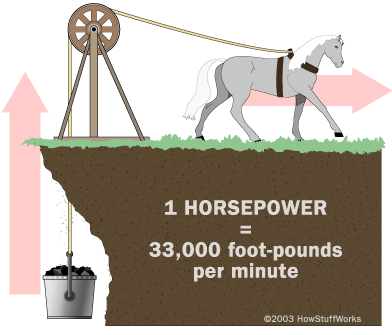 Through mathematical wizardry featured on HowStuffWorks horsepower can also be converted into other units.

1 horsepower is equivalent to 746 watts. So if you took a 1-horsepower horse and put it on a treadmill, it could operate a generator producing a continuous 746 watts.  Horse treadmills, according to The History of the Treadmill, were very common in the 19th century and are still making headlines today. 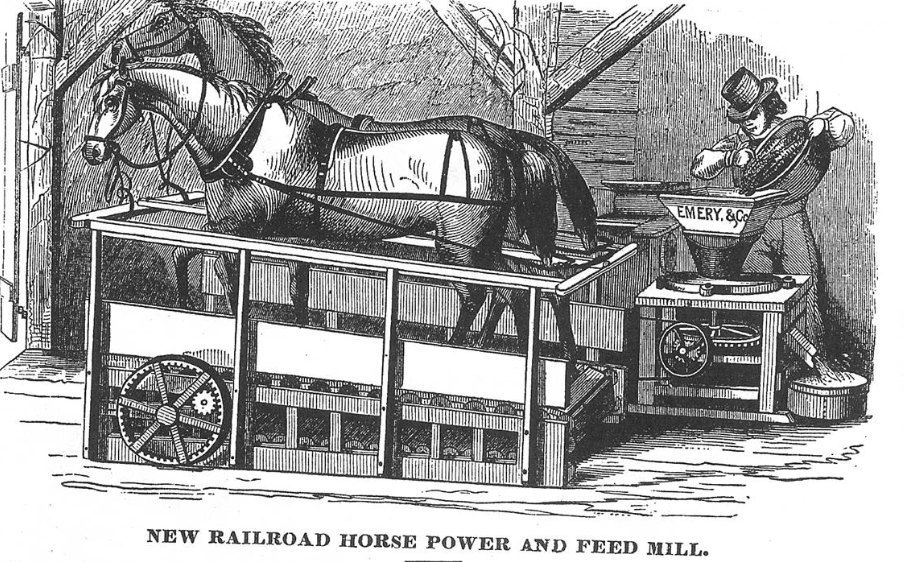 If you took that 746 watts and ran it through an electric heater for an hour, it would produce 2,545 BTU (where a BTU is the amount of energy needed to raise the temperature of 1 pound of water 1 degree F). So, 1 horsepower (over the course of an hour) is equivalent to 2,545 BTU (British thermal units).

Regardless, the number was always a bit arbitrary. Few horses can maintain 100% effort for long and every horse is different in size and fitness not to mention the variables of changing weather conditions, feed rations, etc. Still, the term stuck and has since been translated into use for everything from Corvettes to chainsaws. And while some of these calculations are still clear as mud to me…I know that one draft horse is stronger than 18 foolish men. 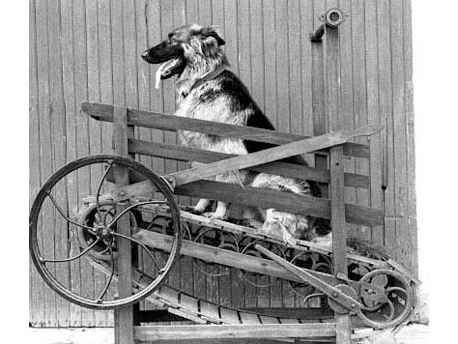 If anyone can translate horsepower into “dogpower” please let me know.