HN Movie Critic Amanda Ronan finds a lot to love about this 1968 Walt Disney classic, based on the book The Year of the Horse by Eric Hatch.From Amanda:

The movie opens with Fred Bolton struggling to solve two problems, getting his horse crazy daughter a steed of her own and coming up with an ad campaign for the stomach medicine Aspercel.  In a flash of brilliance, a gimmick is born. 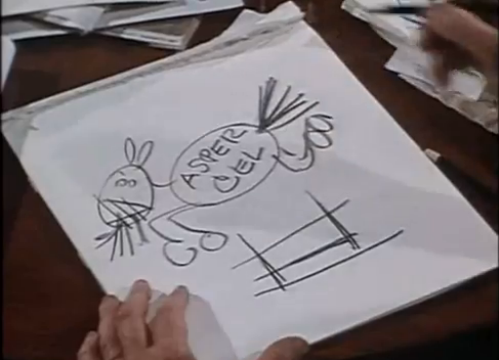 Fred’s boss likes the idea, believing it will appeal to a “higher class” of people via subliminal messages.  He gives Fred a $5000 budget to buy Helen a show horse.  Once the horse arrives, Fred lures him off the trailer with a beer, cementing their awkward friendship for the rest of the film. 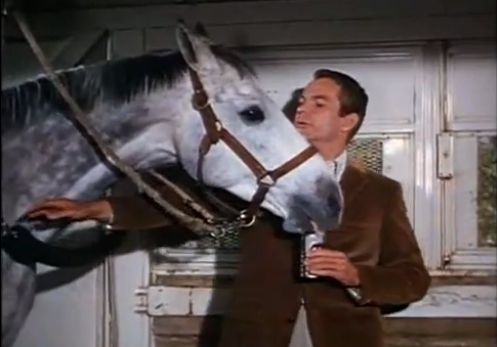 Helen and Aspercel’s first show begins well enough, but takes a turn for the worst with a runout at fence #3.  Fred remains optimistic about Helen’s placing.  When she is excused from the arena he yells, “Wasn’t good enough?!? Where’s that umpire?”  With that comment he’s well on his way to being a proper horse show dad! 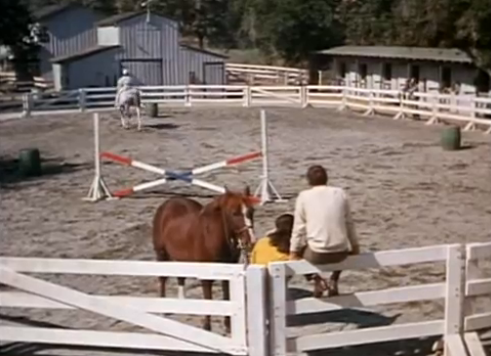 A month into the training, Helen and Aspy are jiving.  Cue the musical montage of awesome sauce! 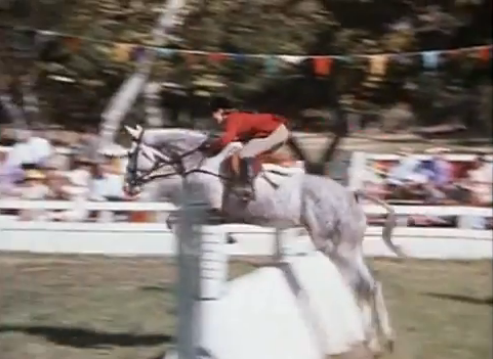 Helen and Aspercel are racking up the championships, but Fred’s boss still isn’t sure it’s enough.  He’s not quite getting the free advertisement he had hoped for on the local show circuit.  He demands that Helen and Aspercel compete at the Washington International Horse Show.  Under the pressure, Helen begins to buckle.  She tells her dad she doesn’t want to show anymore! 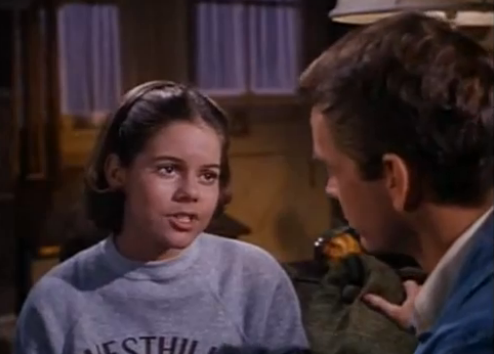 Will Helen find the courage to take Aspercel to the big leagues?  Will the ad campaign be a success for Fred?  You’ll just have to watch and see!

There is a lot to love about this classic film.  Dean Jones plays the clueless yet charismatic father, Fred Bolton, perfectly.  I love that the writers added in funny tidbits like his constant need for antihistamines around the barn and his penchant for sharing beer with Aspy.  In fact most of the best moments of the film are with Fred and the horse, rather than Helen. 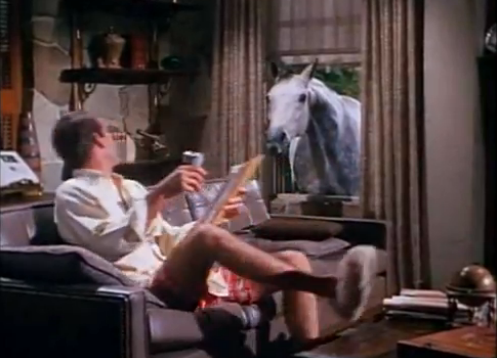 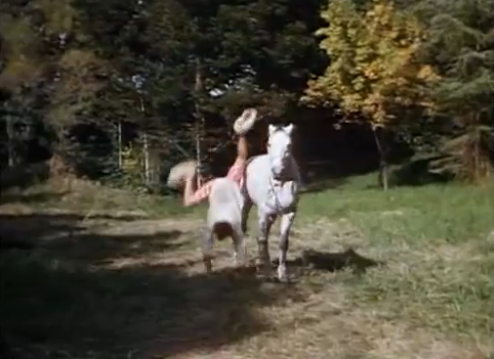 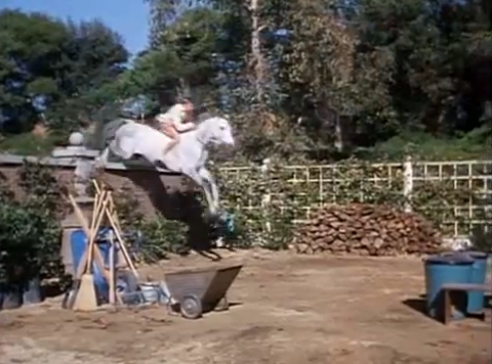 The other characters are also well played, though I didn’t care for the cougar-esque trainer SJ with her ticking biological clock.  The hidden gem of the film was a very young Kurt Russell playing Ronny, Helen’s potential puppy love.

The riding in the film was well done and believable.  The old-school jumper classes were fantastic to watch, some of which appeared to be footage from an actual competition.

All in all, this is a great classic film for the family to watch.  If Walt Disney insists on remaking any more films…let it be this one!  And please, please, please let Ryan Gosling play the adorable, clueless dad!

I give The Horse in the Gray Flannel Suit 3 ½ Golden Horseshoes.