HN Stalkerazzi Amanda Ronan gets the scoop on possibly the most lovable equestrian actress ever, Kaley Cuoco.

Kaley Cuoco became a household name with her titular role as Penny on The Big Bang Theory, a show that is going strong after seven full seasons, but what you might not know is she is also an avid show jumper.

Kaley at the age of three started in a very different sport, tennis, rising to be a nationally ranked amateur. After she turned 16, though, she traded in her racket for a pair of breeches and reins and has never looked back. Her horse affliction hit center stage back in 2010 on the Ellen Degeneres Show.

Oh no Kaley!  But you’ve got to love her spirit… she wouldn’t be the first equestrian to ride in a cast.

The first reports of Kaley “officially” back in the saddle came in 2012, when she returned to her weekly lessons at the Los Angeles Equestrian Center in Burbank, California. 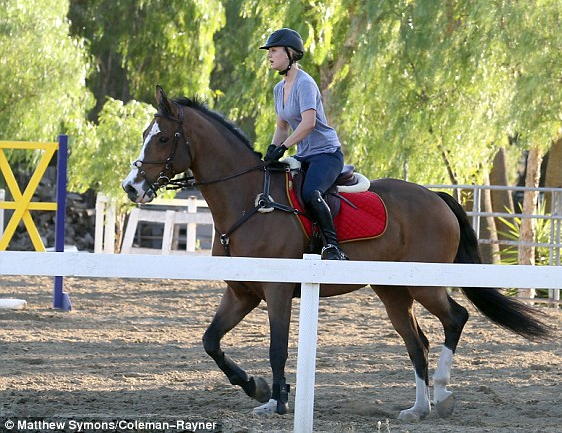 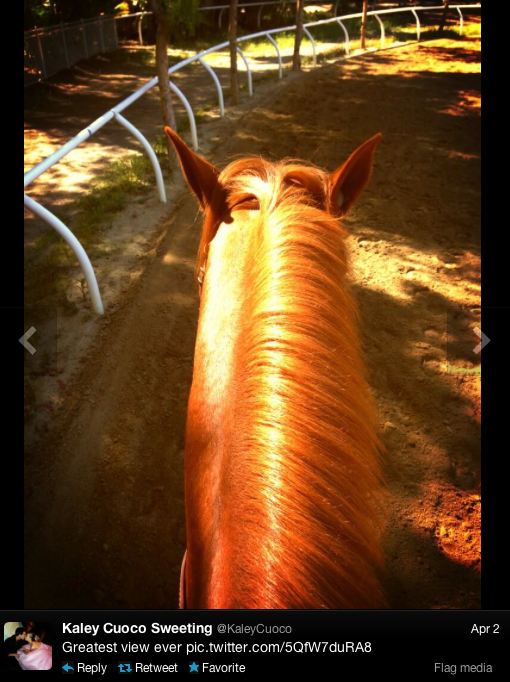 Kaley also tweeted this pic of one of her first comeback shows held in Santa Barbara in October 2013. (According to the rumor mill, she competes under the name “Kay Christine.”) 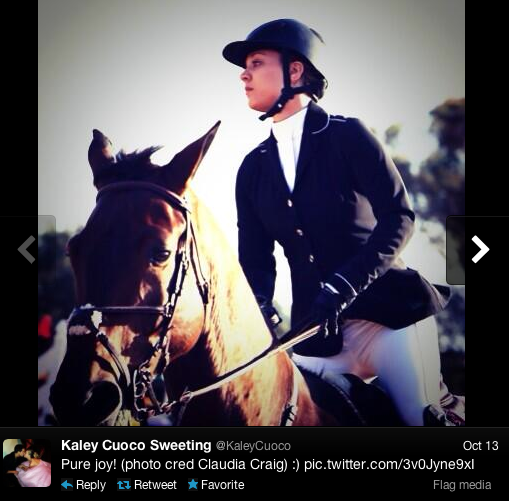 And just in case you haven’t completely fallen in love with this actress…I should report that after her wedding with tennis star Ryan Sweeting on New Year’s Eve of this year, Kaley spent her honeymoon taking riding lessons on her horse, Thor. 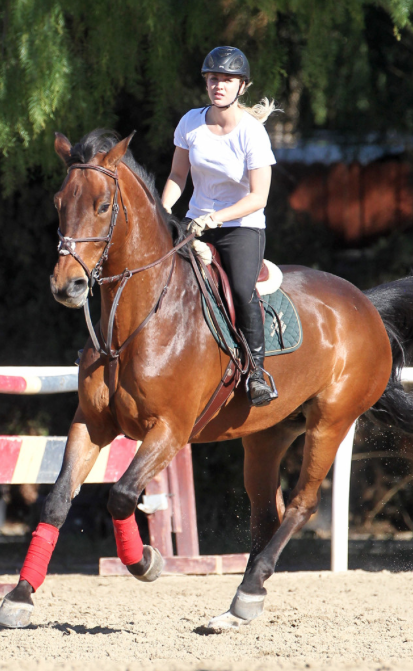 That’s how you do it, Kaley! Go Riding!