Celebrity stalker Amanda Ronan weighs in on the acting world’s hottest studs… and the horses they rode in on. 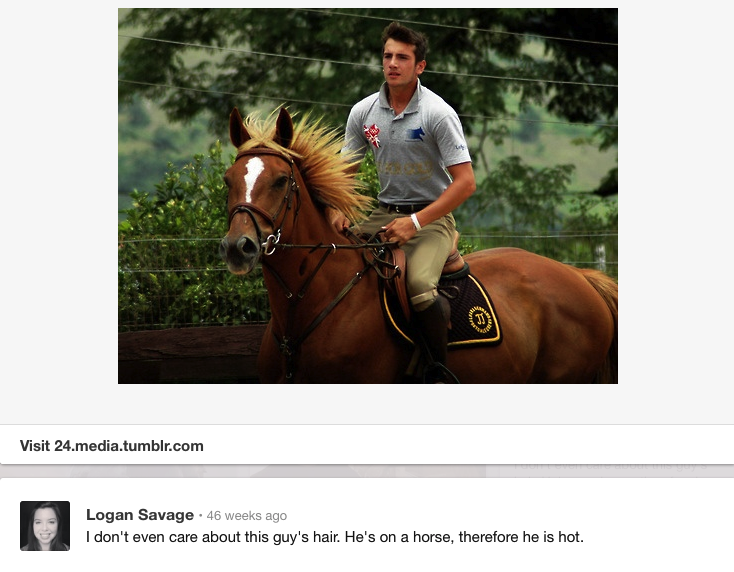 Ms. Logan Savage, you wise soul, I could not agree with you more.  Which leads me to my first article of 2014.  Ladies, I bring you the latest installment of Hunks on Horseback.  I’m calling it “Hunks on Horseback” or at least “A Hunk in the General Vicinity of a Horse”… it’s a working title.

My first batch of hunks hail from Great Britain with Benedict Cumberbatch and Tom Hiddleston on the set of War Horse (2011). Does it get any better than three good looking Brits, a horse, a rooster, and a terrier? Probably not. 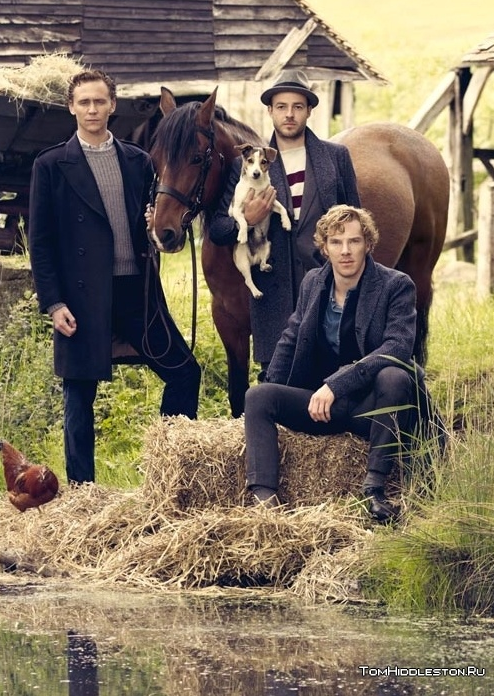 Now, originally I was going to list this next British hottie mctrottie as my number one Hunk draft pick of 2014, but you’ll have to wait… Don’t scroll ahead!… until the end of the article to see who stole his thunder. Regardless, this man has not only had at least two roles involving horseback riding, The Tudors and Tristan and Isolde (2006), he also has a history of dating equestrian women. He was engaged to showjumper Ellen Whitaker until 2012 and was rumored to be dating Big Bang Theory star and horse lover Kaley Cuoco shortly thereafter. It is the Man of Steel himself, Henry Cavill. 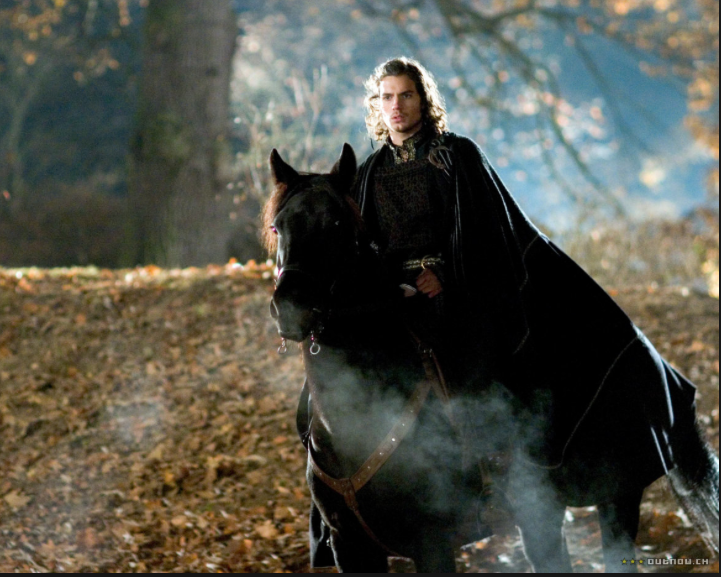 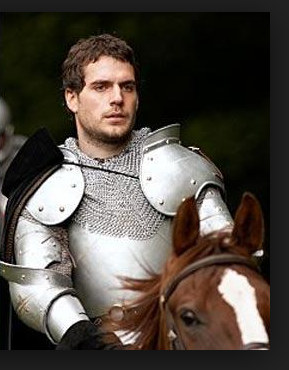 Most of you might not know this next up and coming British actor, Luke Pasqualino, but, trust me, he’s worth a search on the interwebz. I first became interested with Pasqualino’s career after his starring role in BBC’s Skins as the lovesick skateboarding Freddie. His new role on BBC One’s The Musketeers gives him a chance to test his equestrian and sword fighting skills. The series is set to premiere January 2014.  Watch the trailer HERE, then check out these behind the scenes tweets. 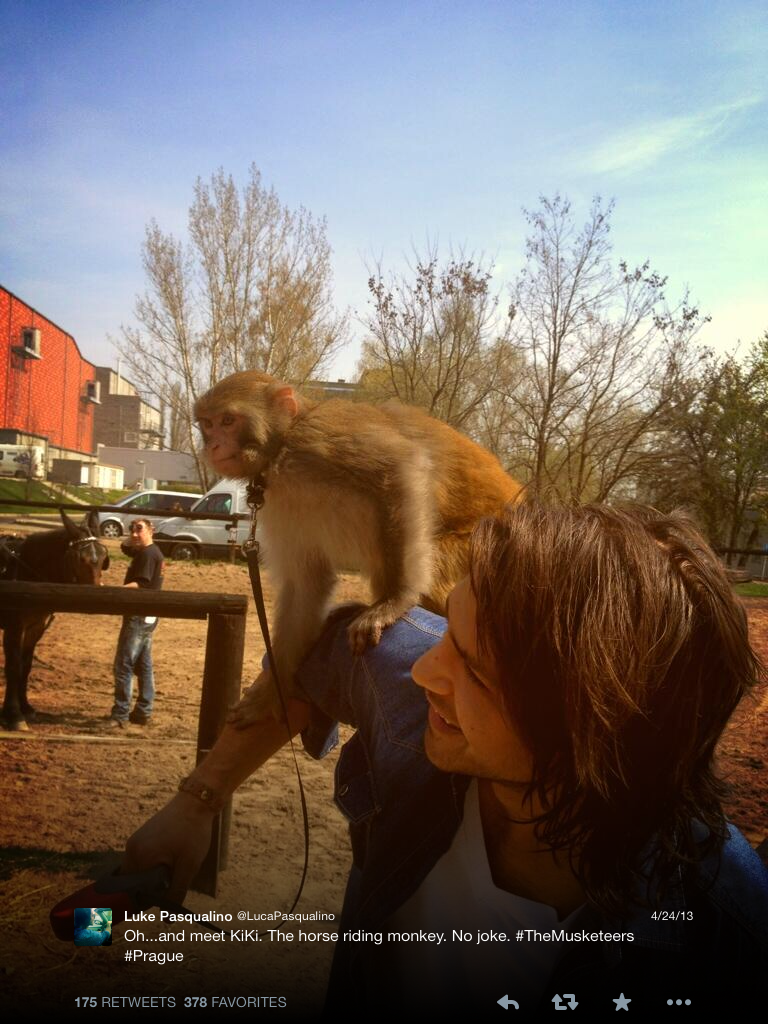 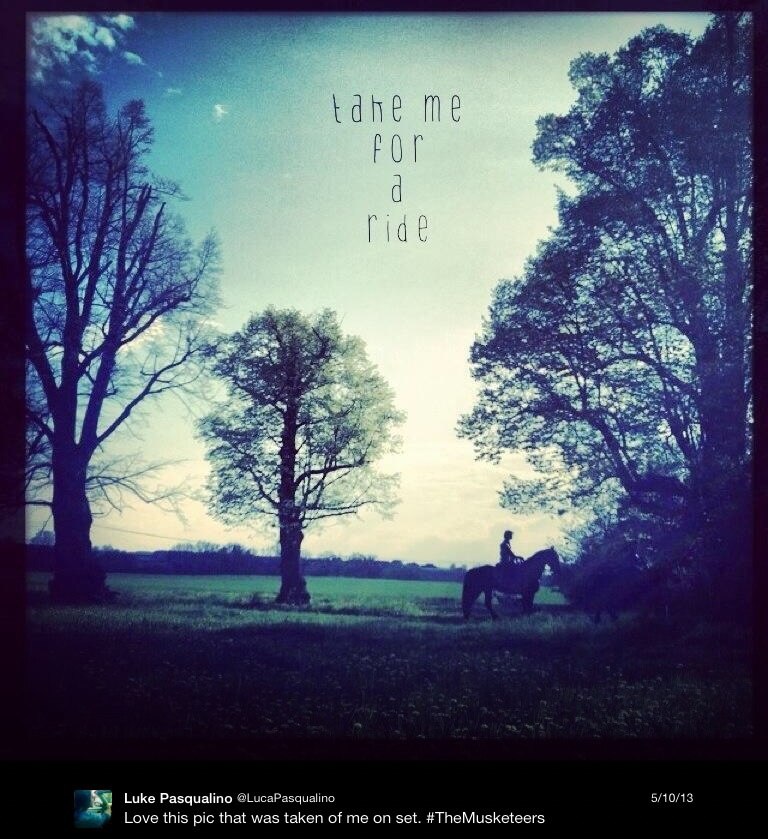 Let’s move on to the Irish, shall we? This year Ireland has a lot to offer the equestrian community… in the form of Colin Farrell riding a white stallion on the set of his new movie, Winter’s Tale. 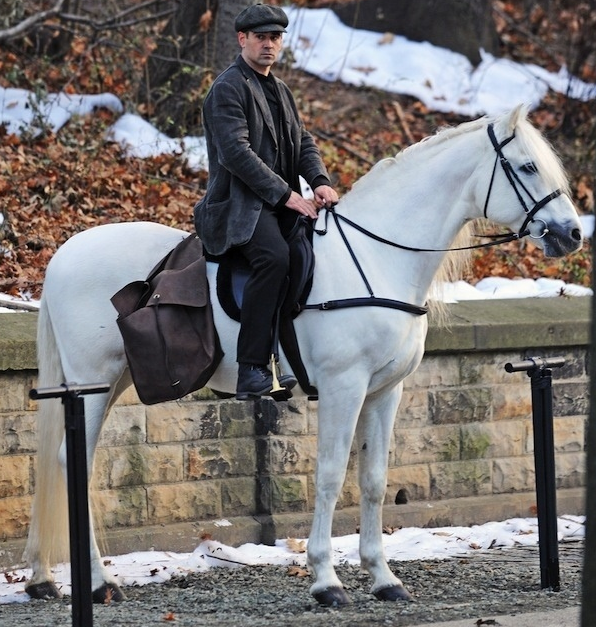 Now, you can’t mention hunks without mentioning Australia and New Zealand. Hugh Jackman, Eric Bana, the entire Hemsworth clan… I mean come on! Mostly known for his role in the latest Star Trek remake as Dr. Leonard ‘Bones’ McCoy, kiwi Karl Urban has a fairly legitimate equestrian roster as well. He had recurring horseback roles in both Hercules and Xena: Warrior Princess in his early years, was Eomer in the Lord of the Rings trilogy, and starred as Woodrow Call in the TV miniseries, Comanche Moon.

Fret not, my American friends, you don’t have to go overseas to find yourself a hunky horseman. The grand ole US of A has plenty to offer too. Near and dear to my little Texan heart are Jared Padalecki and Jensen Ackles. Not only do these two men hail from my home state, not only do they star in one of my favorite TV shows, Supernatural, but one of them, Jared, married a horse lover in the form of Genevieve Cortese. You might know her as Kris Furillo from the horsey teen TV show, Wildfire. 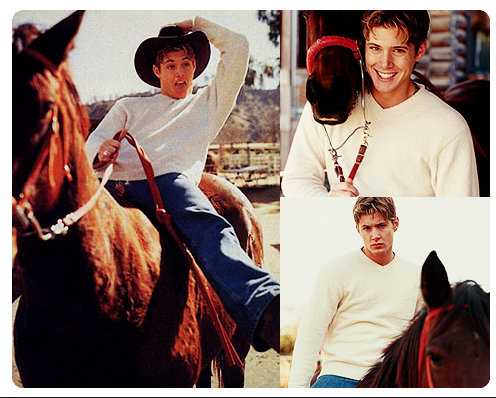 A young Jensen Ackles via popcultureplaypen.com

While we’re on the CW channel, don’t forget about Ian Somerhalder from The Vampire Diaries. Ian not only grew up riding horses in California but his Ian Somerhalder Foundation supports animal rights and welfare causes. 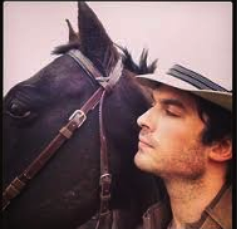 Then there is American sweetheart and Boston native Matt Damon.Already known for his horseriding as John Grady in All the Pretty Horses (2000), Matt has recently been spotted driving horses on the set of his upcoming movie The Monuments Men under the direction of George Clooney. 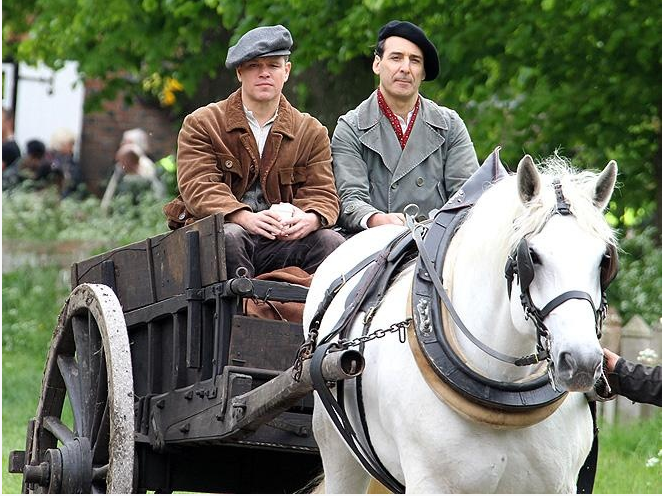 Okay, ladies, now it’s time to get real serious. I say this because we are about to start talking about James Alexander Malcolm McKenzie Fraser. If you don’t know who that is, SHAME ON YOU SISTER!  If you do know who that is then hold on to your sticky britches.

Scottish actor Sam Heughan was recently cast as the beloved JAMMF for the Starz TV adaptation of Diana Gabaldon’s international bestselling novel, Outlander, and in my opinion is a perfect fit. But I’m not going to go on and on here… I could! Don’t tempt me!.. about how potentially hot and great this man could be portraying Jamie. I’ll just let these two Twitter posts from the actor himself do the talking. 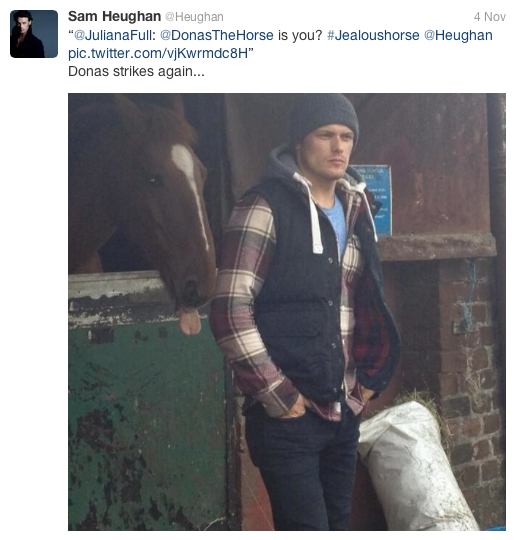 Sam Heughan, I’m glad you’re excited and I’ve never been so excited to see a man riding a horse in a kilt. Wooo….