Stormy May feels as if something has been “lost” over the years with her horse riding. So she sells her ranch to buy plane tickets and a new video camera, setting out to interview her veritable dream team in order to find answers. 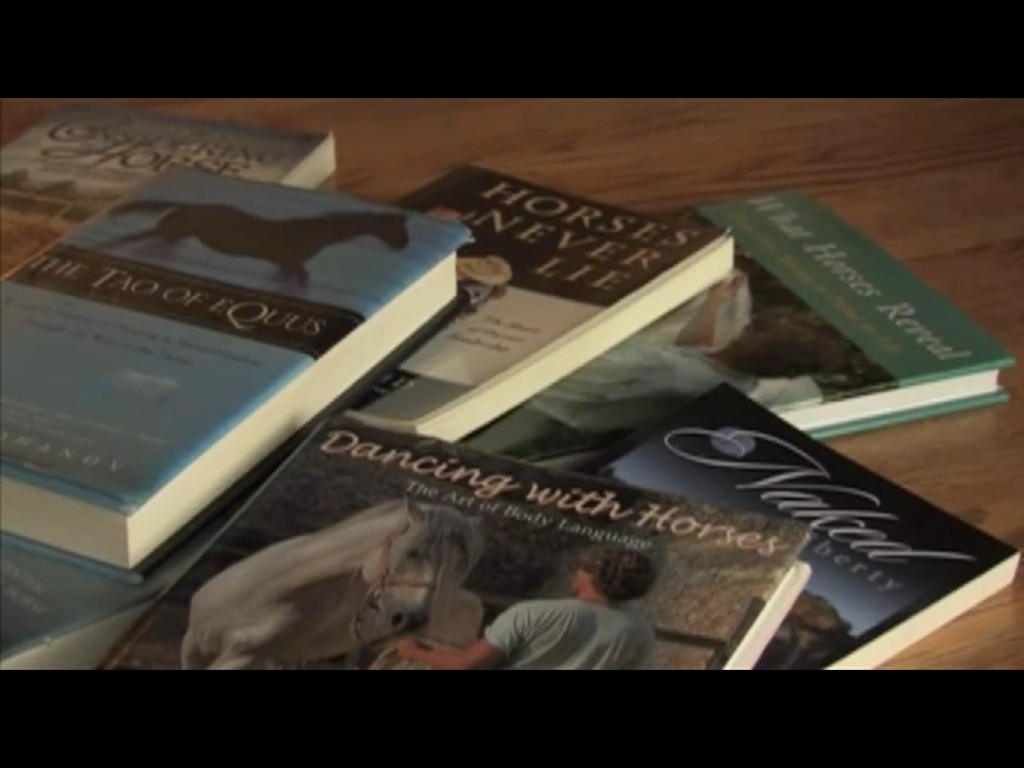 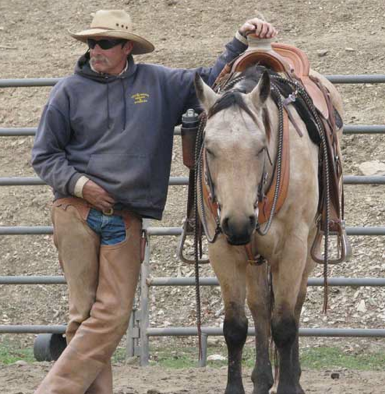 His training in martial arts instilled the value of a quiet, still mind. “Softness” versus “lightness” is the keystone of his clinics. He believes a quiet mind and a willingness to see things for what they really are develop that softness, which can only be felt in the heart and not trained by technique.

Rashid criticizes the trend of emulating the “alpha horse” in many natural horsemanship centers. He argues that if you watch a wild herd, yes, the alpha is often the leader but they also spend a great deal of time alone, separated from the group. He makes the case that being trustworthy is more important than being in charge.

My favorite speaker on the film was Carolyn Resnick. 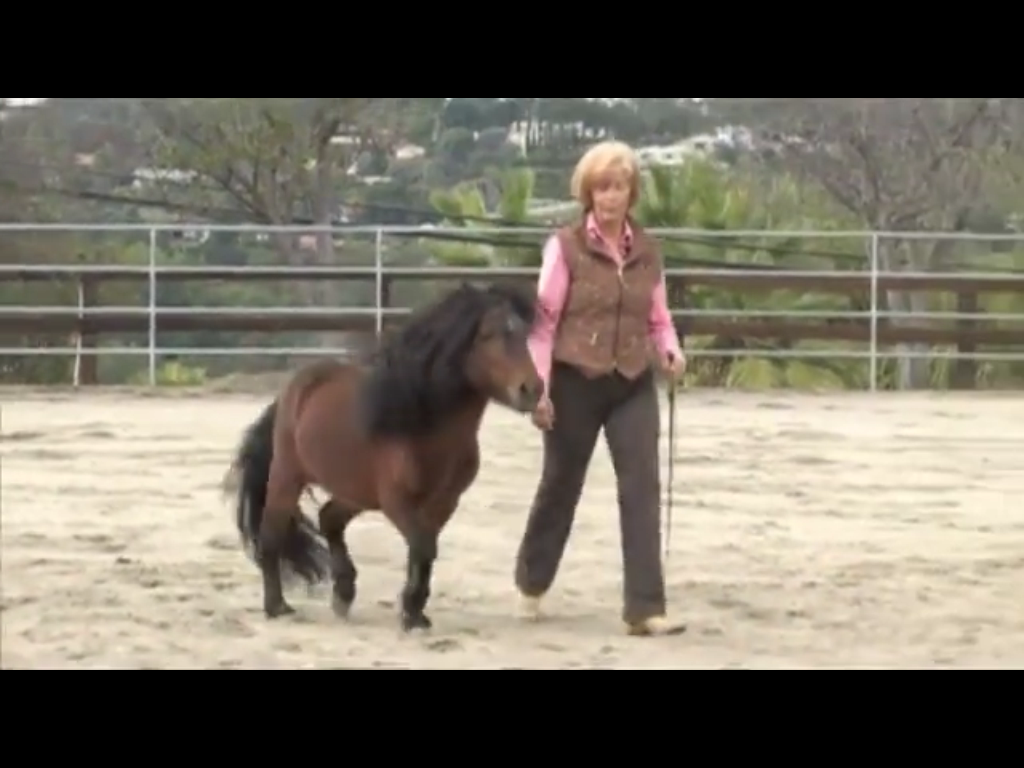 Carolyn bases her training principles on being “present” with your horse without demanding interaction. Her goal is to make a solid connection. Carolyn’s technique really won me over when she argues that the connection does not always resemble peace, harmony and love. She says, “Let him leap and squeal on his turf, which means keep him safely away from you, and after he’s said everything he wants he’ll come back and just fit in your pocket. That’s freedom. If he’s given freedom he will always come back.”

After this we switched gears with Linda Kohanov, author of The Tao of Equus, and Kim McElroy, equine artist. 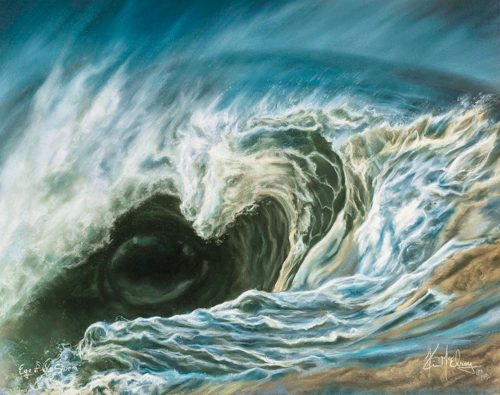 I’ll be honest: These two speakers didn’t do much for me. They were talking about “existential experiences” and I just envisioned them putting crystal balls in horse’s feed buckets and waving incense around to rid the barn of evil entities. 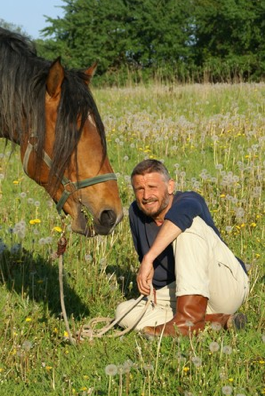 All kidding aside, the main principles of his coaching were becoming self aware of your body, energy and intent. He believes this is especially important for equine professionals that tend to get caught up in timelines and rigid goals.  He urges his students to “Lay down, relax and stop doing something!” 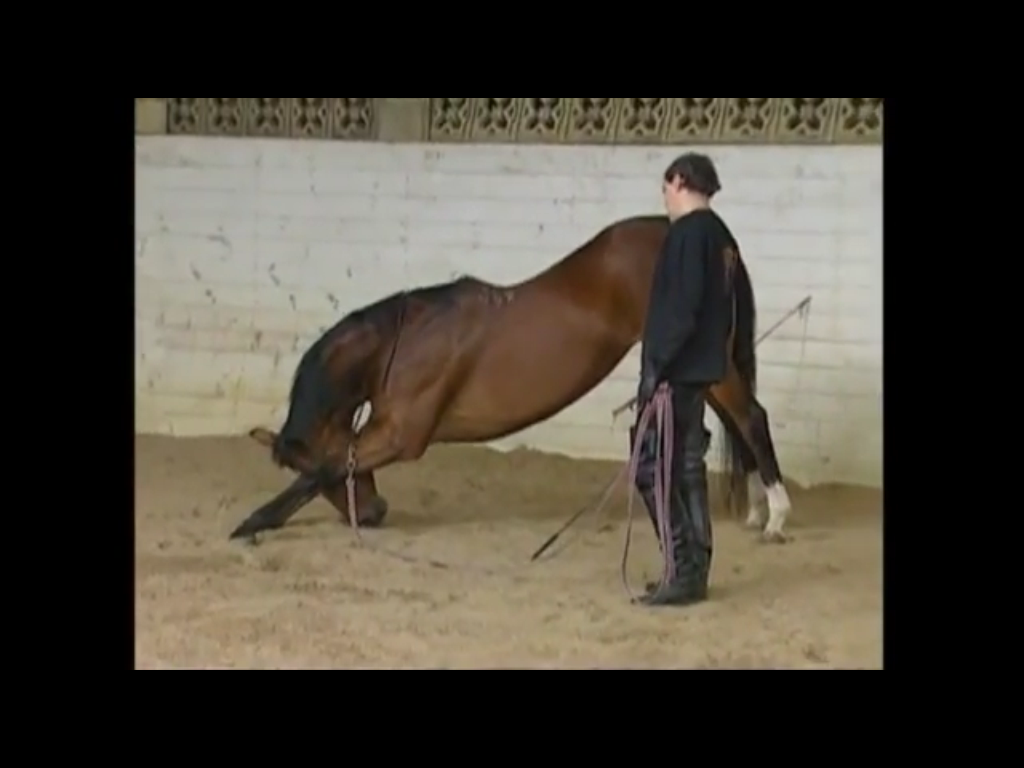 Nevzorov’s website states, “The horse is an exact science,” and his interviews on the documentary exemplify that idea. He believes the number one goal of a rider should be becoming aware of our physiological effect on the horse, because no matter how interested a being is in learning, it simply can not learn if it is in pain.

Nevzorov led a study of the impact of bits on a horse’s mouth. The research team found that a jerking force on the reins applied 300kg per square centimeter on a horse’s mouth. Ouch! He also lead a study to show the effect of a rider’s weight on a horse’s back. His experiments showed that the soft tissues of the back reacted without pain for 15 minutes, that microcirculation became compromised around 20 minutes, and at 25 minutes there were strong destructive processes including anemia.

To be allowed in Nevzorov’s training program you must agree to forego bits, competitions and riding for at least one year to build a relationship and allow the back to heal. Pretty intense fellow, to say the least.

At this point, around 30 minutes in, the documentary devolved a bit for me. Instead of continuing to interview the trainers and learn about their philosophies it became more about May’s personal experiences with her own mounts and watching local horse shows. We’re presented with what I’ve deemed the “Powerpoint Presentation of Pain,” where we as the viewer are bombarded with images of abusive riding techniques: rein grabbing, bloody spurs and the likes. Ms. May seemed to particularly dislike an APHA futurity warm-up ring
. 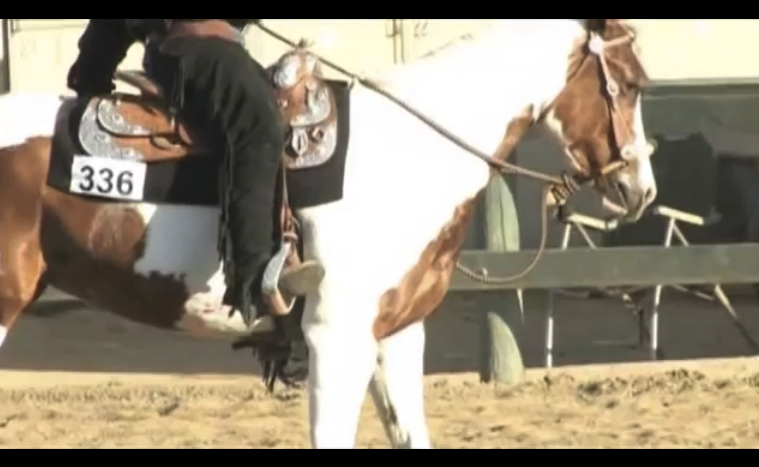 I know abuses exist in the horse world, but I felt like this was more of a shock tactic than anything else. It was all a bit overkill for me… so I fast forwarded to the end… where May played ‘roll the ball’ with her bay gelding. Which was sweet. 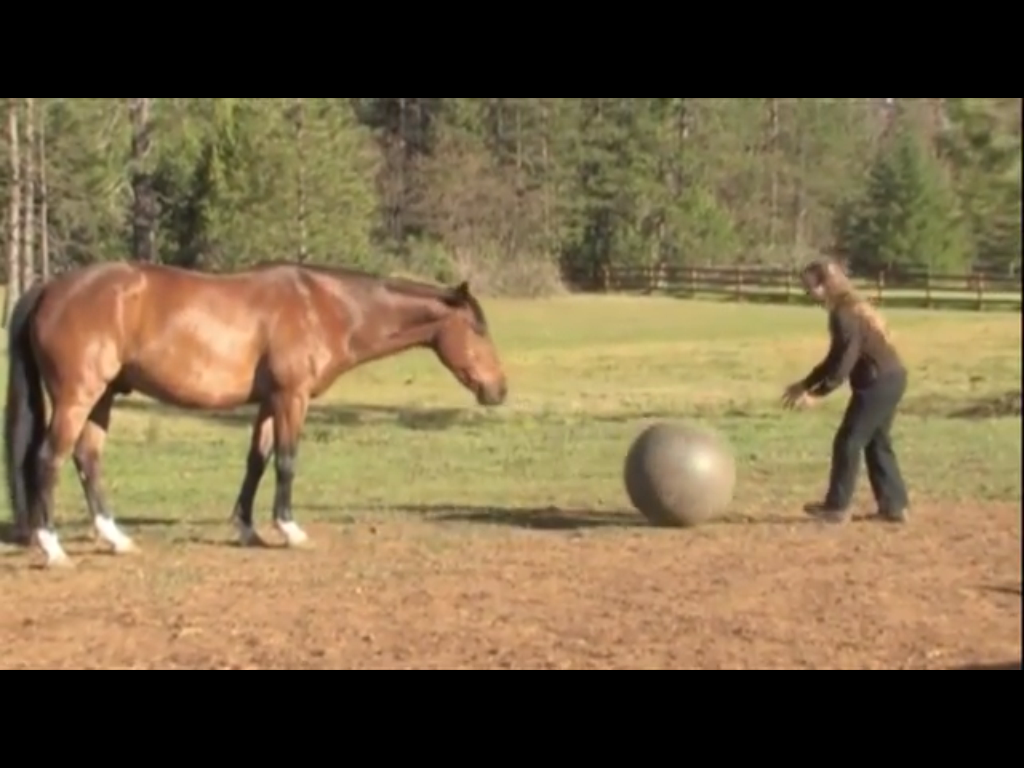 All in all, I thought The Path of the Horse was an interesting watch. I really enjoyed the interviews with Carolyn Resnick and Klaus Hempfling and though my skeptical mind would prefer to read the actual scientific articles, which I have not been able to find, I thought that Nevzorov made some compelling arguments about the physiological impact on the horse during training. Nevzorov concluded his section with the statement, “Every horse has gifts and will respond if you treat them as a conscious creature and not a machine. It is elementary.” I like the simplicity of that concept.

But, and this is a big ‘ol but, these interviews quickly faded into a PETA-esque tirade rather than a honest debate about training styles. No, I’m sorry, all the ponies can’t run free and fart rainbows. Some of them have to have jobs, just like us lowly humans who pay for their care. Two cents…cha-ching!

Technically, the film felt a bit amateurish. From the side-swipe editing technique when cutting between scenes to May’s overdubbed monologues, it was very “home computer” and definitely does not stand up to the standards introduced by other recent horse documentaries such as Buck or Wild Horse Wild Ride.

I give The Path of the Horse 2 Golden Horseshoes.

You can watch the film for free at http://OurHorses.org/ or here:

As a side note, I decided to spend the afternoon just “being” with my horses after watching this film.  I turned the three of them into their afternoon grazing pasture and armed with my lawn chair I joined them. All three horses quite literally swarmed me. My 3 year old was digging through my pockets and trying to climb into the chair, my 20 year old was rifling with my hair and chewing on the chair, and my 12 year old just sort of loomed on the edge, keeping an eye on things. Fifteen minutes into the process my two dogs and cat decided they needed a little lovin’ as well. Finally, a bot fly joined the party causing all hell to break loose. The cat got stepped on (he’s fine) and the dogs got chased. When the dust settled, bored with inaction after the bot fly excitement, the horses slowly but surely drifted away from me to eat grass. My youngest was the last to leave and never really went further than 20 feet away, often looking over her shoulder to see what I was up to. I’m not sure what this all means but, anyway, I was “one” with the horse.

…and yes that was a Star Wars pun.