Blue Fire Lady (1977) begins with the birth of a new foal at a neighboring farm to our protagonist, Jenny. 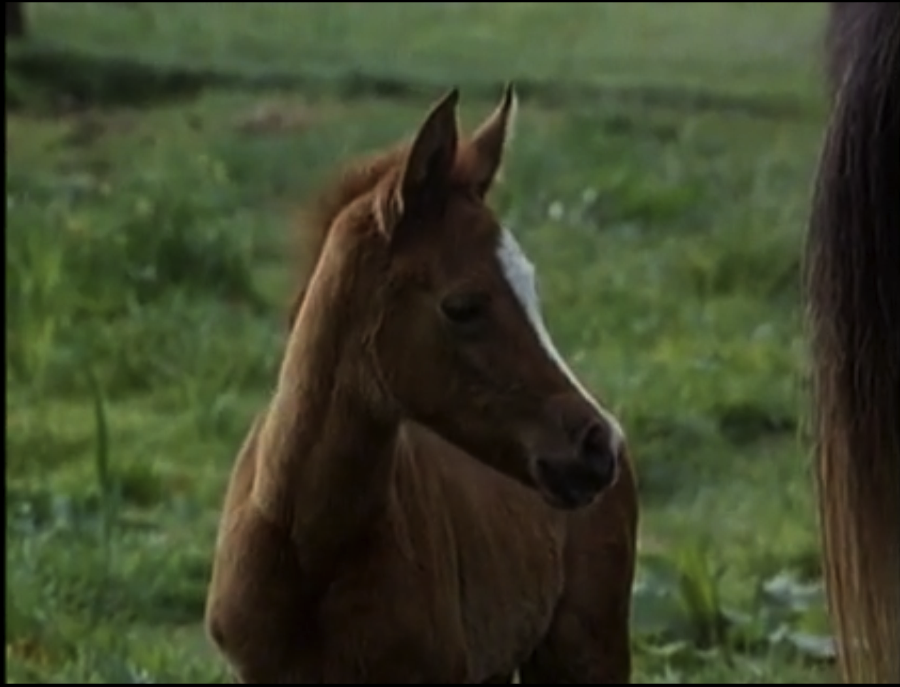 Of course, Jenny’s father disapproves of her love for horses.  I mean, honestly, of all the things a teenage girl could get in to…sex, drugs, rock ‘n roll…why do the movie dads always hate horseback riding!?!  After Jenny disobeys her father and goes to help the dam, Diamond, recover from some sort of fever, her father sends her off to a Melbourne boarding school to encourage other hobbies.  The tactic clearly doesn’t work because after graduation Jenny defers university and regular employment in hopes of working at a race stable.  Her onsite interview with gruff trainer Mr. McIntyre consists of jumping on a fresh racehorse (in beige slacks and matching cord sweater no less) for a quick morning breeze.  Amazingly, after not riding for over two years, she gets the job! 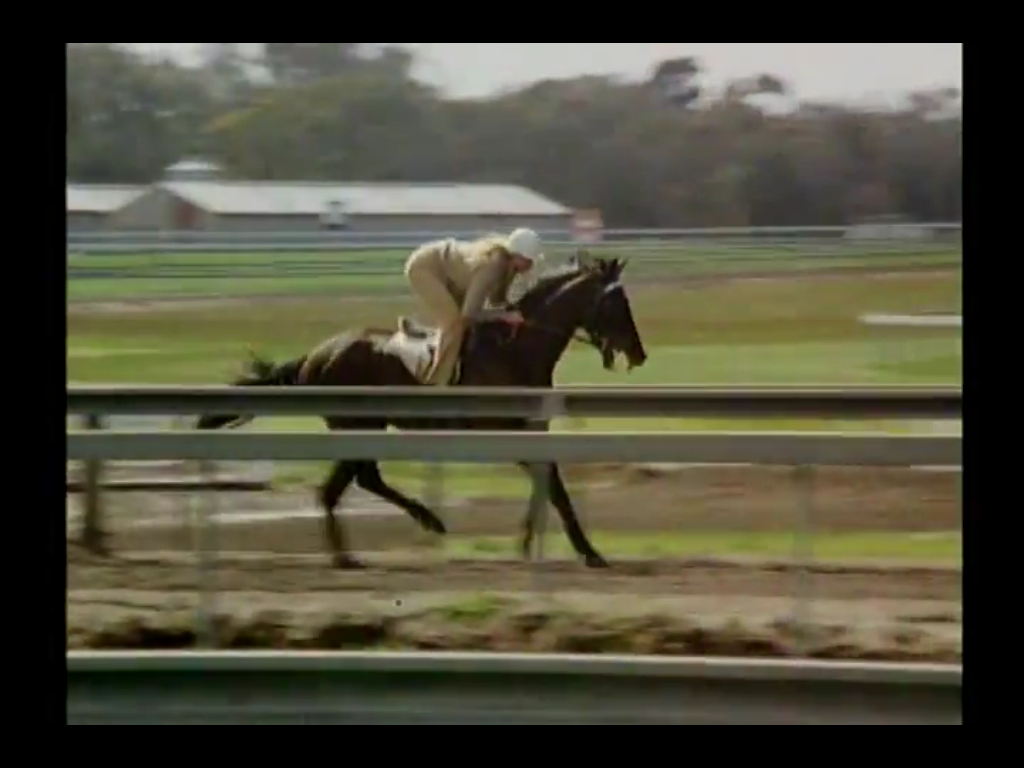 While searching for a room to rent, Jenny meets hunky love interest Barry.  Barry is studying to be an engineer, willingly lifts heavy boxes and is determined a “cheeky boy” by loveable landlady, Mrs. G. 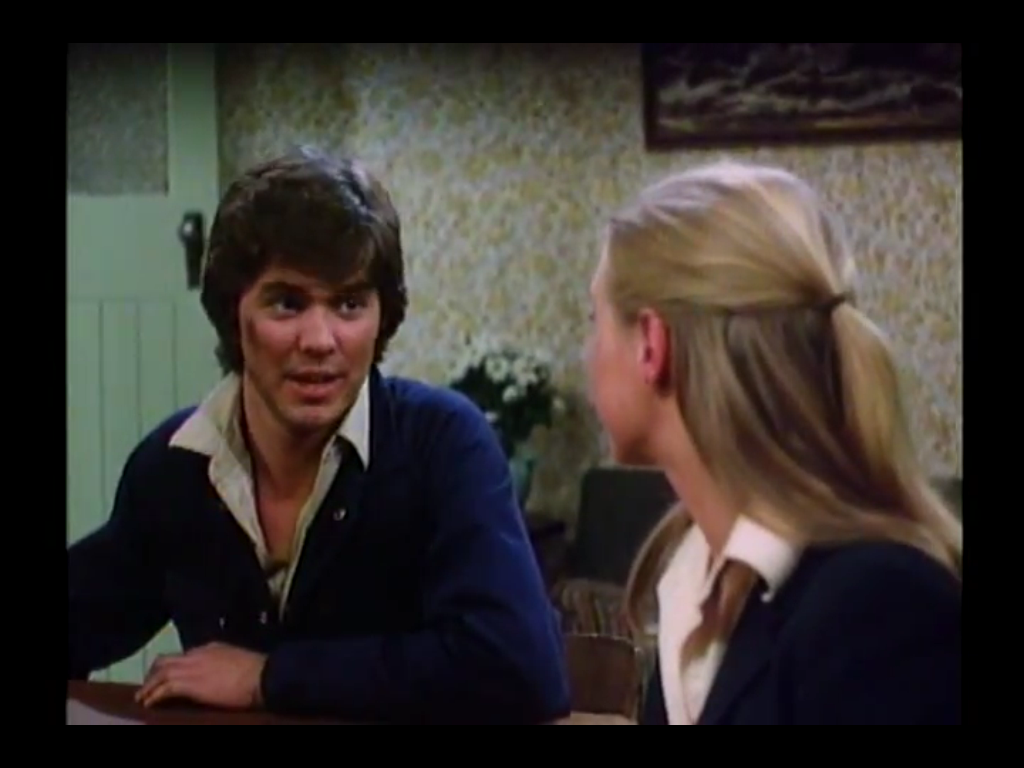 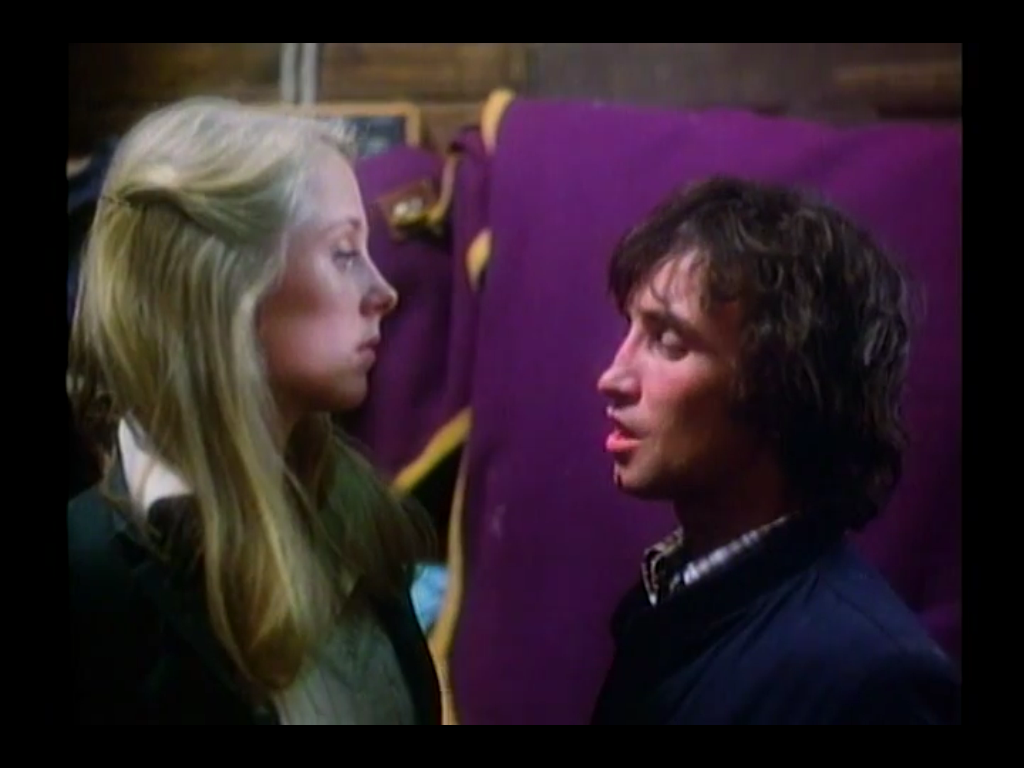 Jenny discovers that one of her mounts, Red Sun, has heat in his foreleg.  Jenny informs Mr. McIntyre who insists the horse must continue running.  Jenny is disgusted with the “system,” but has no way to help the poor gelding.  Red Sun is sold lame at auction. 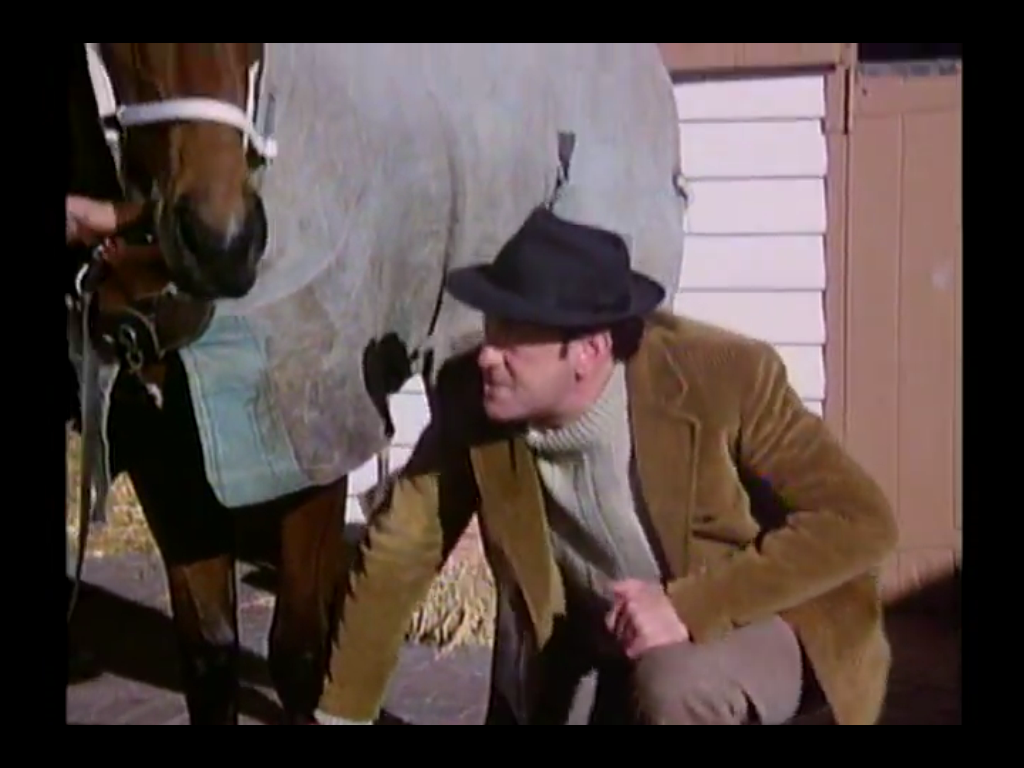 The tide turns when the ‘Diamond filly,’ the very same foal that Jenny saw being born two years ago at her neighbor’s farm, arrives at the race stable.  Jenny instantly bonds with Blue Fire Lady and is assigned to her care and track training. 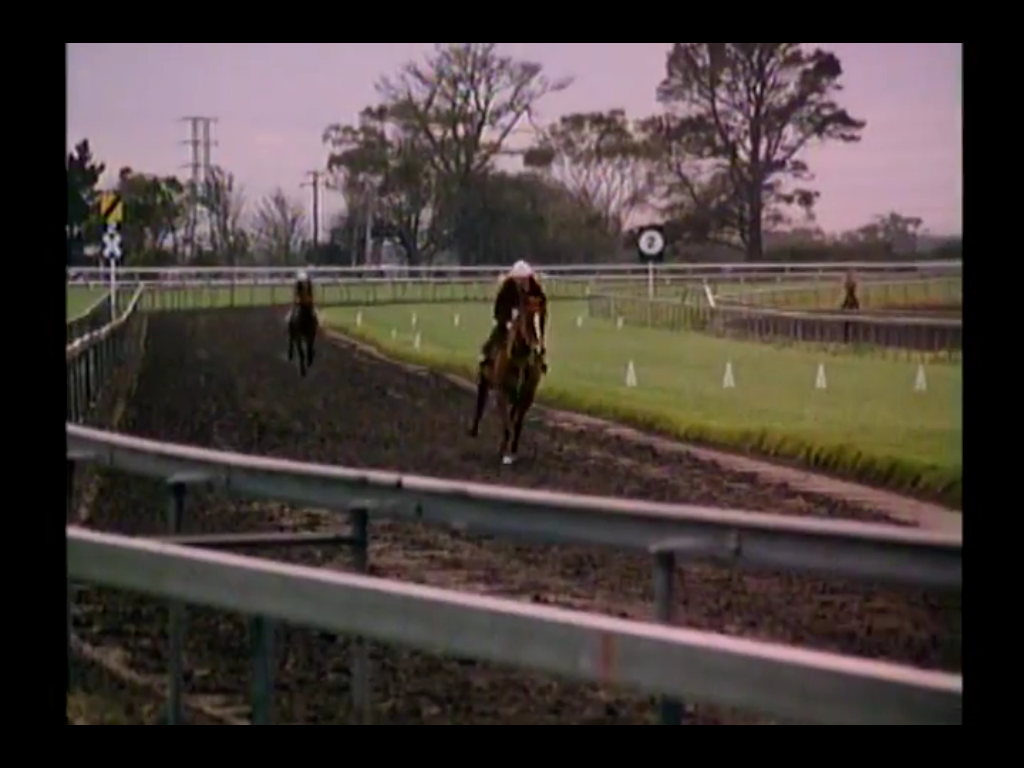 The foreman Charlie makes life hard for Lady and Jenny by wreaking havoc in any way possible.  On one incident, he elbows Lady in the muzzle causing her to veer right and toss Jenny over the rail. 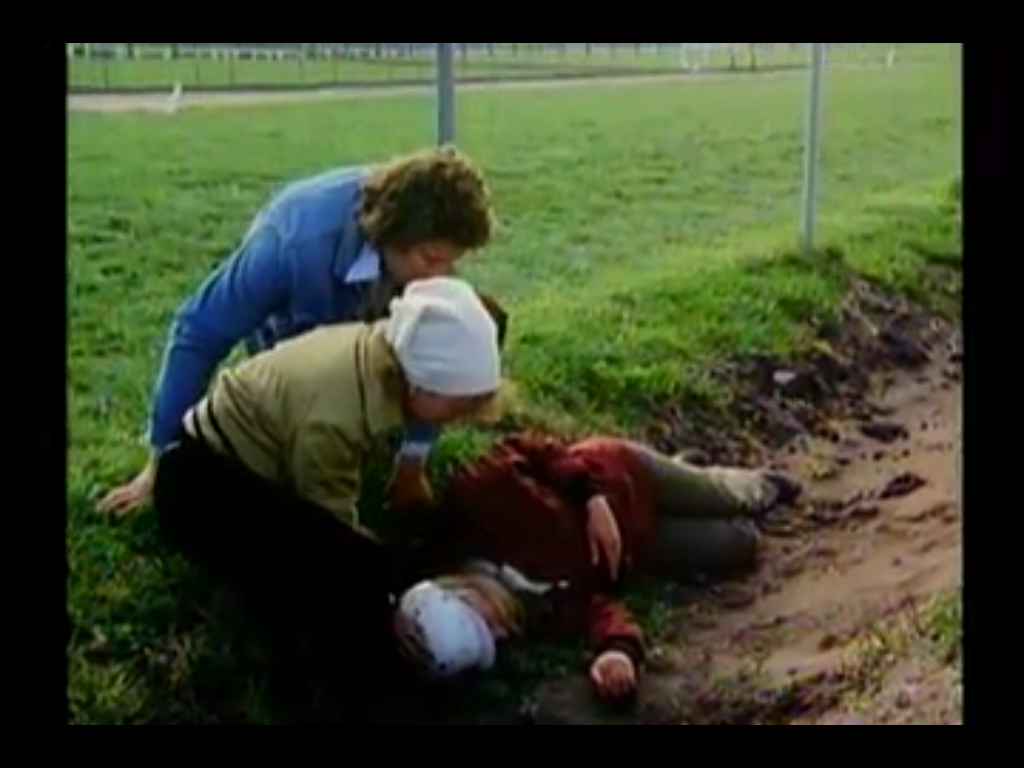 But the training continues and soon Lady is entered in her very first race. 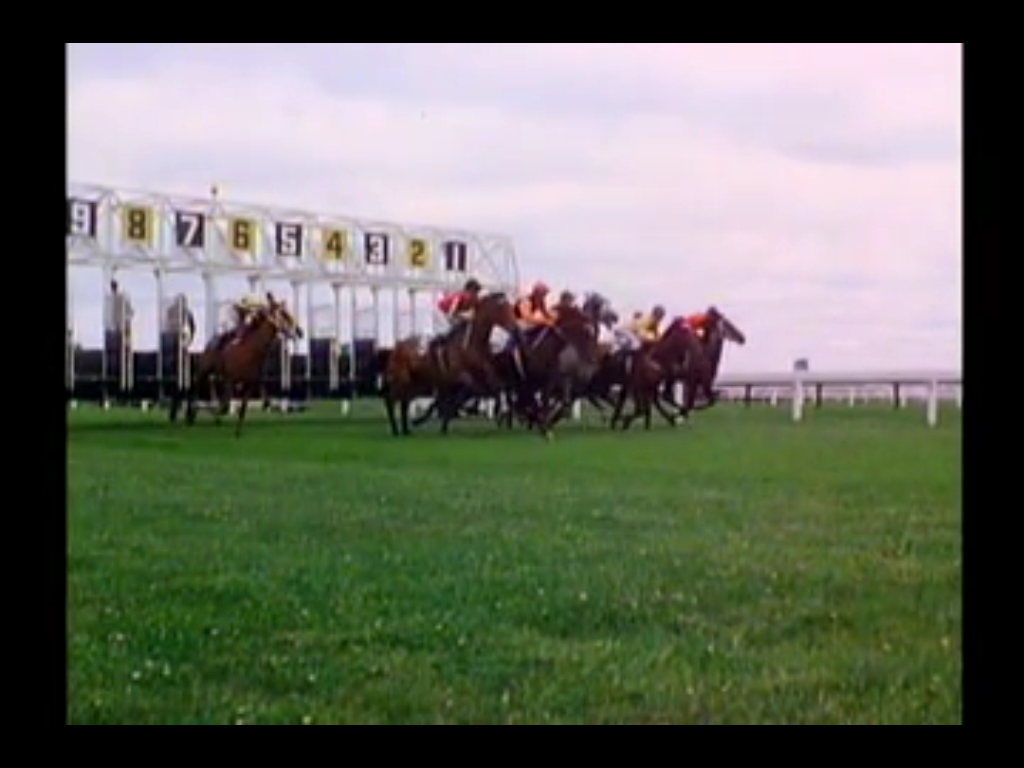 Will Lady win?  And if so, can she be saved from the harsh realities of racing?

Blue Fire Lady is very 1970s in that it LOVES its elevator music style montages.  I mean, seriously, there is a musical montage about every 10 minutes during the film.  These are a little annoying, but don’t detract too much from the story.  Just make sure you have your remote control with the mute button handy.  The cars, the clothes and all the rest of the '70s kitsch is fun to watch.

Overall, I loved Jenny and the actress who played her, Cathryn Harrison.  Cathryn looked comfortable grooming and riding the horses AND managed to pull off her part of the script…a double whammy not generally accomplished in horse movies.  The character Jenny was well written and ahead of her time in a very “philosophy of the horse,” “natural horsemanship” style.  Any horse lover will appreciate her techniques at taming the formidable Lady.  She also boldly faces gender discrimination on several occasions, not only when she fights off Charlie’s untoward advances, but when she is denied a grooming job simply for being a girl!

In contrast, trainer McIntyre is the kind of character one loves to hate.  I mean how you can you not hate a man who shouts out gems like “It costs as much to feed a champion as it does a rat bag,” or “Animal lovers will be the death of me.”  If you’re looking for the classic ‘old grouch with a heart of gold’ character found in most horse movies, don’t bother.  McIntyre just isn’t very nice.

The true highlight of the film, though, is Italian landlady, Mrs. G, and the dog that Jenny rescues midway through the film.  Mrs. G needs a little convincing to take on the new tenant, but after discovering the dog loves her cooking, ravioli and salami sandwiches, they quickly become the best “couple” of the film.  No offense to Jenny and Barry, who are also quite cute, but I mean come on…look at that face! 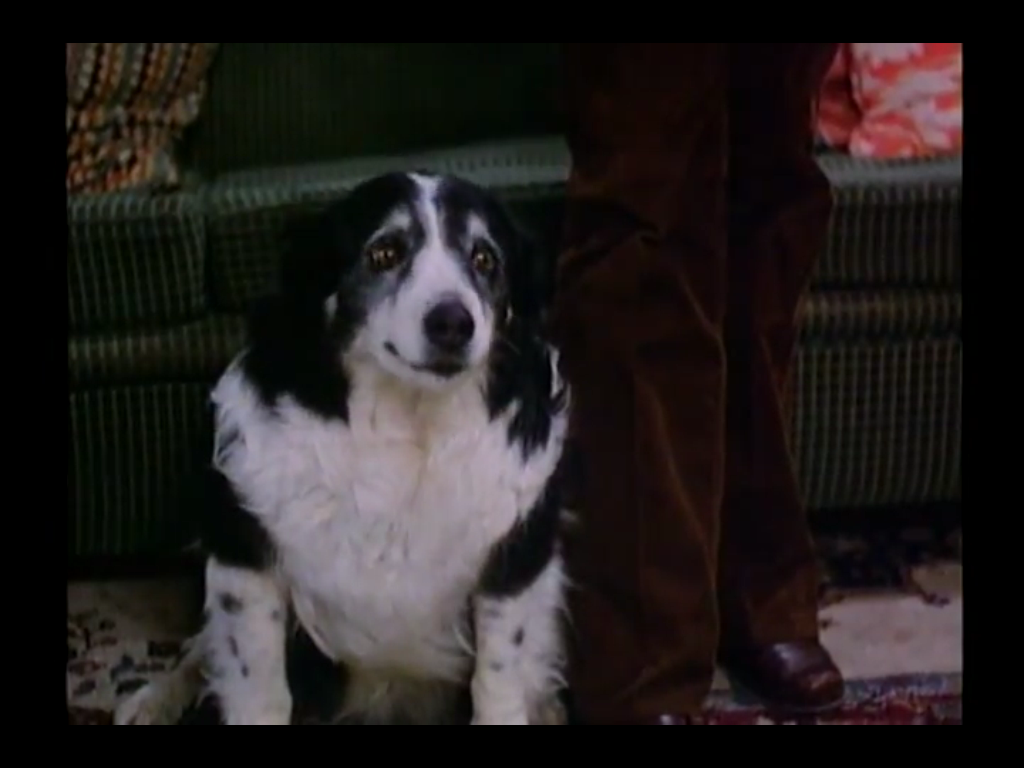 For the dog, the competent lead actress, and the heartwarming ending, I give Blue Fire Lady 3 Golden Horseshoes.