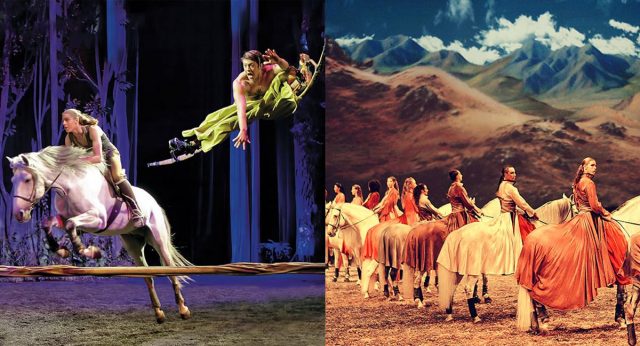 We journeyed back to take a peek behind the curtain of the greatest shows on earth. This week we feature modern day performers. 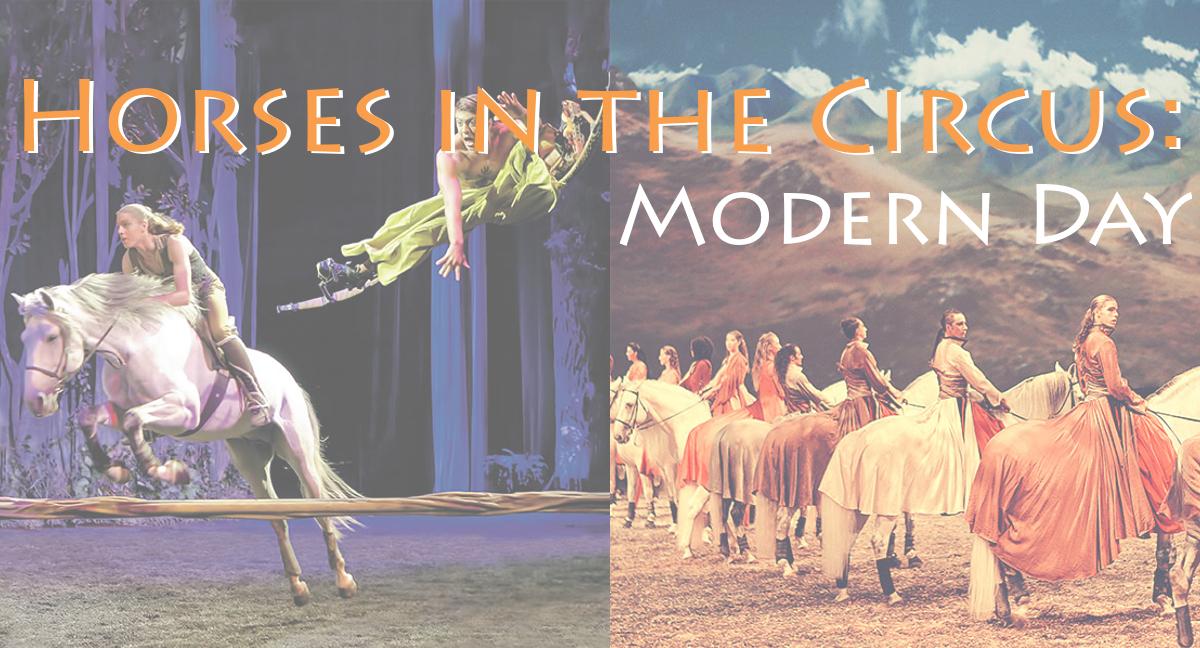 For centuries, horses and equestrians have inspired and delighted crowds, and, while the golden age of the circus ended in the 1950’s, performers around the world continue to perfect their craft and astound us.

Camilla Naprous first performed with her family’s stunt team, The Devil’s Horsemen, when she was only eight years old and spent her teenage years touring Europe. At 19, she became the world’s youngest horse master on the set of The Other Boleyn Girl, and in her twenties became a household name when she served as horse master for all eight seasons of Game of Thrones and then Wonder Woman. Since taking over the family business, she has made The Devil’s Horsemen one of the most well-known companies in the movie business.

Camille Galle co-founded Théâtre du Centaure in 1992. A self-proclamed “centaur actor,” Camille began performing at a very young age and strives to create artistic pieces that show the unity between horse and rider.

Created in 2003 by Normand Latourelle, Cavalia has been thrilling audiences since their very first performance in Quebec. The company’s original production, Cavalia: A Magical Encounter Between Human and Horse, was described as a tribute to the relationship between humans and horses throughout history. The show featured 40 horses.

Odysseo, Cavalia’s newest show, premiered in 2011. The performance is described as “horses and humans leaving together to meet a world between dream and reality by traveling through the great wonders that nature has offered, deserts, waterfalls, canyons and glaciers.” This second show features 65 horses.

The company’s website states the horses used in the performances are Appaloosa, Arabian, Ardennais, Canadian, Comtois, Holsteiner, Lusitano, Minis, Paints, Percheron, Quarter Horses, Spanish Purebred and Warmblood. Each horse tours for an average of six years and then is retired to a 72-acre retirement facility. Occasionally, horses are put up for adoption.