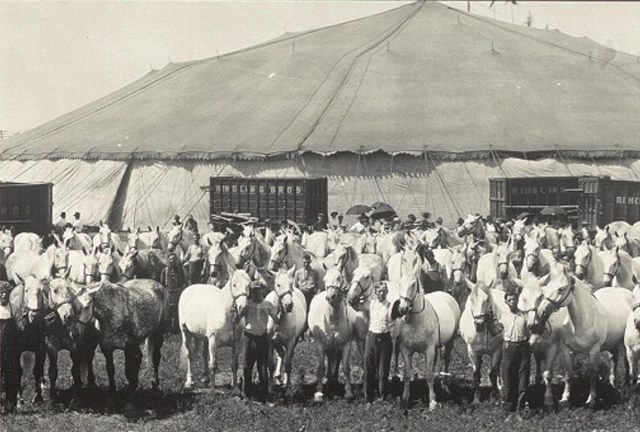 Journey back with us as we take a peek behind the curtain of the greatest shows on earth. This week we check out the raw horsepower behind the traveling circus. 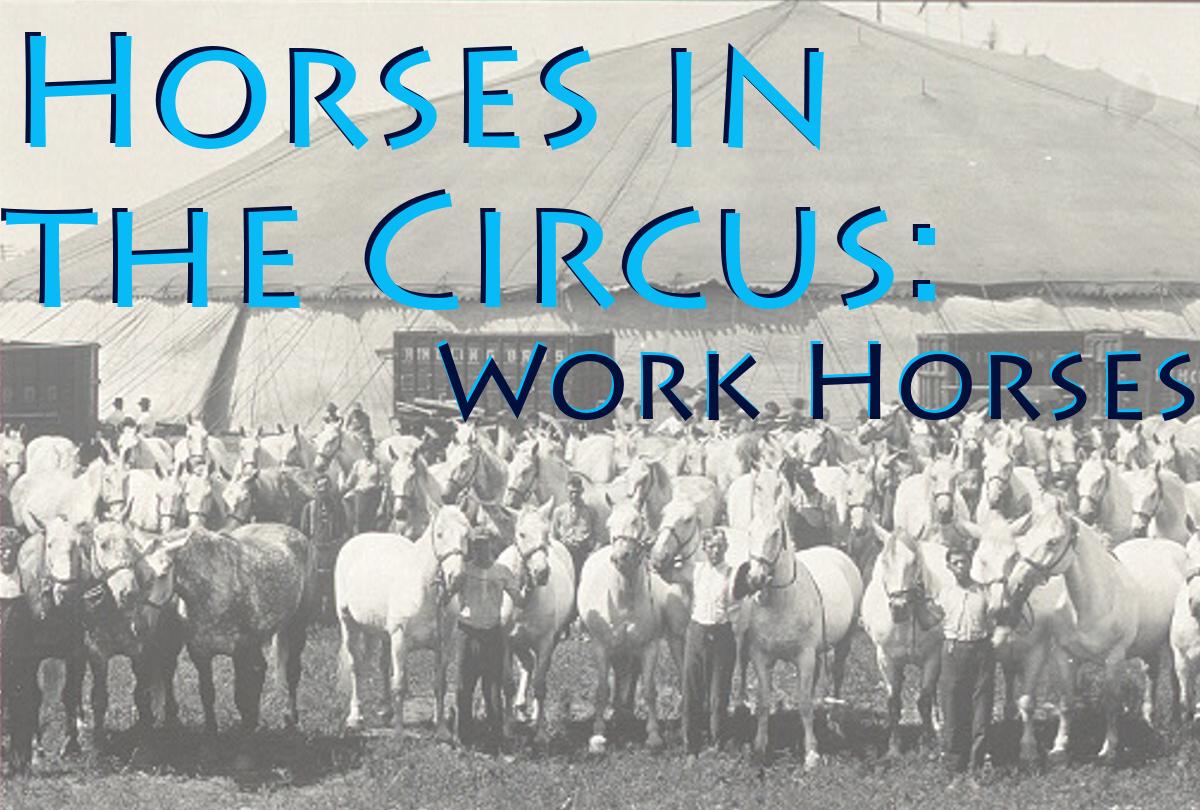 The performing horses in the center ring always stole the show.

As the Biodiversity Heritage Lab notes, “The first modern circuses, which took place during the 18th century, were primarily demonstrations of tricks performed on a horse, first by former soldiers who learned such skills during military training, and later by talented men and women trained from a young age to accomplish acrobatics and other feats atop a horse.”

But they were hardly the only horses at the big top. Behind the scenes countless animals moved the early circuses from place to place, and, even after railroads became the most common form of travel, to and from the railway stations. They hauled heavy cargo, exotic animal menageries and performer accommodations, as well as helped erect the main tents.

The Victoria and Albert Museum notes even small family-run operations required plenty of horsepower. “The company might include a couple of acrobats, a clown who performed a comic equestrian act, a tightrope walker, and as many horses as could be afforded.”

While the International Museum of the Horse states, “In the early 1900s, the Barnum and Bailey Circus used 750 horses in draft and performance. Ringling Brothers had 650 horses at the turn of the century.” 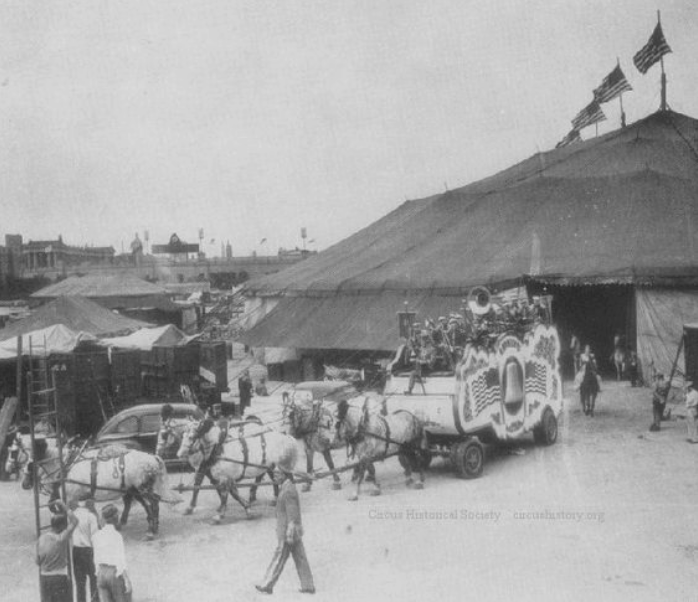 The Victoria and Albert Museum recounts this story: “Barnum and Bailey’s Circus parade along the Prince of Wales Road in Norwich in 1899 included a menagerie, a military band, 70 horses and collection of ‘living human curiosities’. During the parade a ‘40-horse hitch’ (a wagon pulled by 40 horses) damaged the front of a pub called The Mayflower. The resulting publicity more than made up for the expenses incurred by the owner, and he renamed the pub the Forty Horse Inn.” 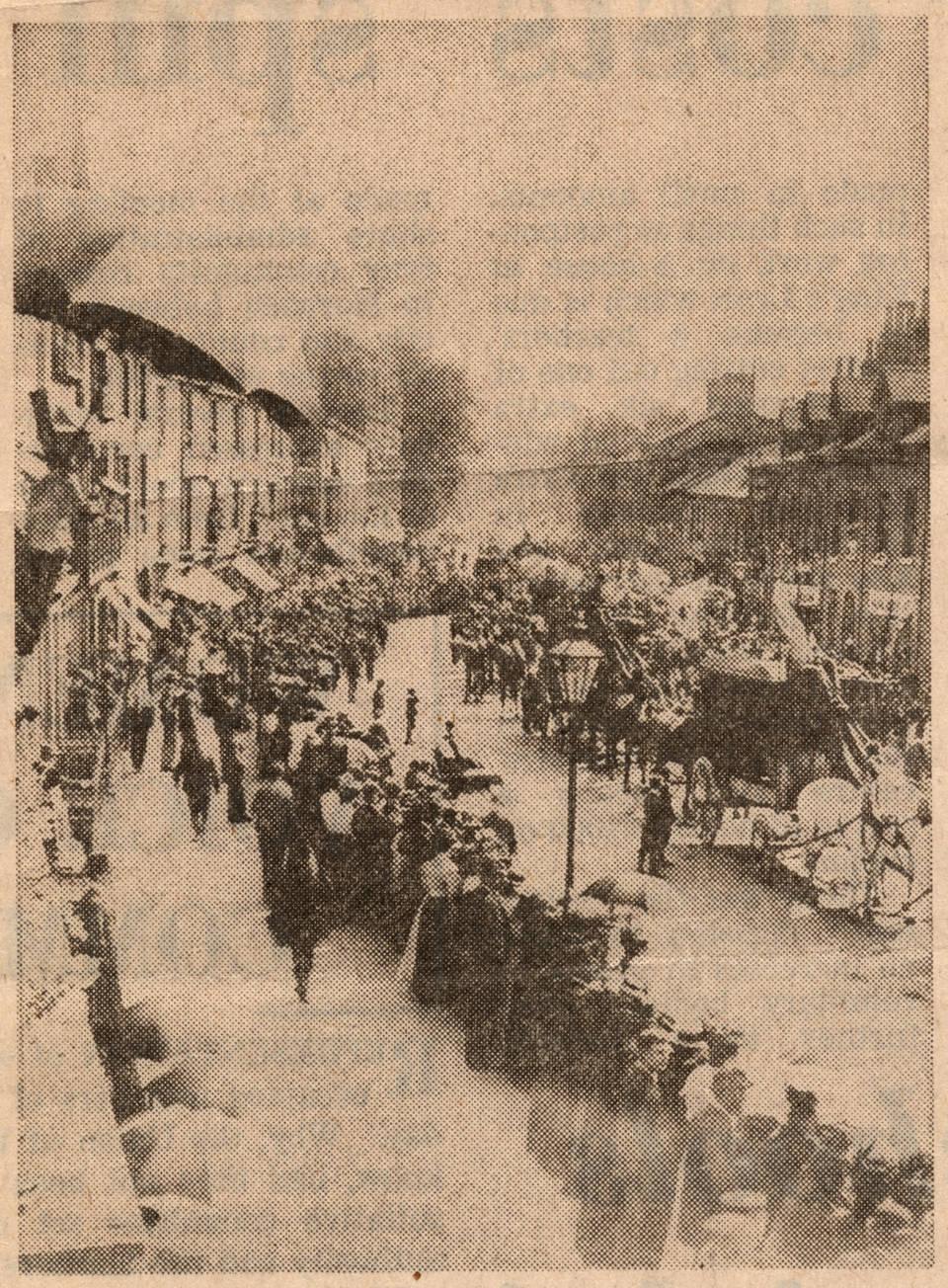 Historians note draft breeds, especially the Percheron, were preferred. The Circus Unicorn says, “…their calm temperaments are great for the hustle and bustle of circus life. Drafts take it all in stride.”

And the International Museum of the Horse notes, “The dappled gray Percheron was one of the trademarks of the Ringling Brothers Circus.”

But in this recently restored 1902 video, a wide variety of breeds are shown, including several absolutely adorable four-horse hitches of minis (7:00 in the video) and a gorgeous pair of Paints (7:45).