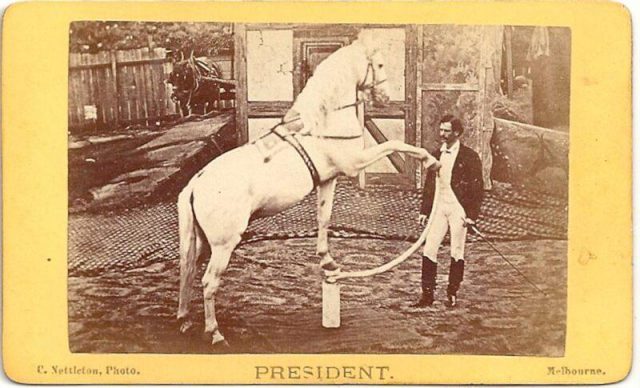 Journey back with us as we take a peek behind the curtain of the greatest shows on earth. This week we feature one of the first openly transgender equestrian performers, Omar Kingsley. 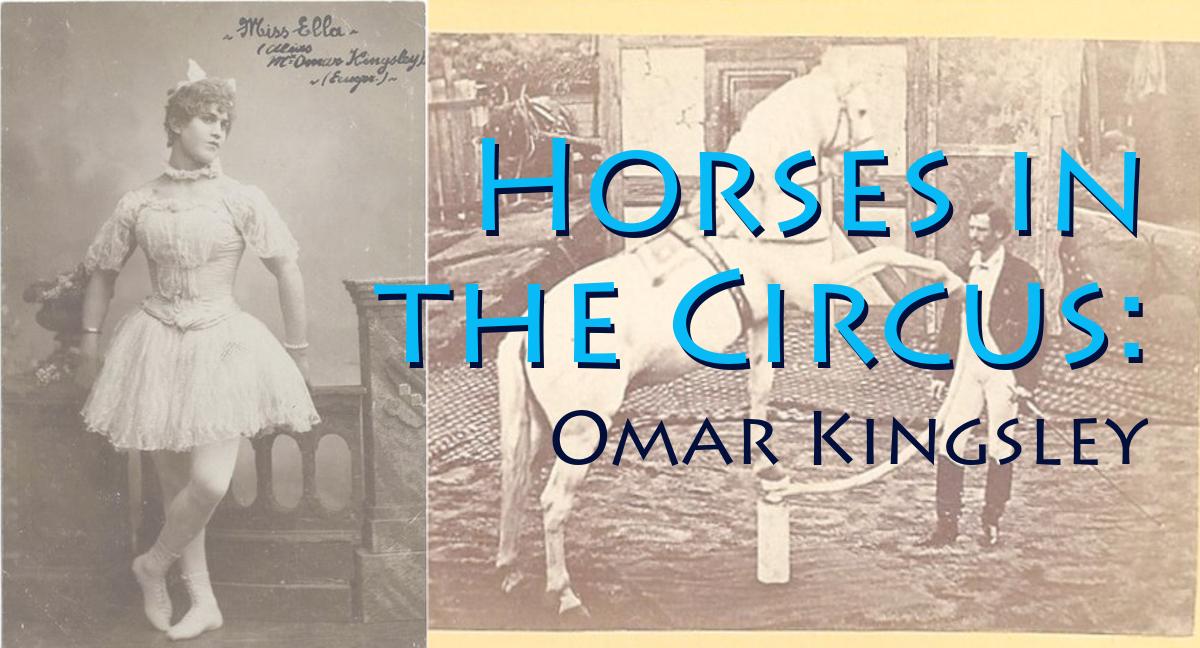 Born in St. Louis in 1840, Omar reportedly joined the circus when they were only six years old, apprenticing under Spence Stokes, a circus proprietor from Philadelphia. Stokes trained Omar to ride, and less than eight years later they debuted as “Miss Ella Zoyara” on a European tour.

Keeping their gender assigned at birth a secret, rumors spread that Omar was a gypsy child and the only survivor after a ship went down off Mexico. Another version said they were Native American and had acquired their horsemanship skills from the Apache, while yet another had them ending up in Mexico as the illegitimate daughter of a rich Turk, where they were said to have been sold as a slave. 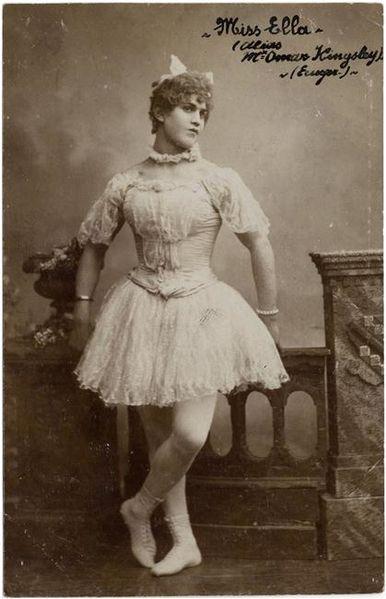 Whatever spectators believed, the performances were a smash hit, making Omar a veritable celebrity of their time while touring Europe, China, Japan, the Philippine Islands and India. With fame came criticism, though, especially from jilted would-be lovers.

An article from 1879 reads, “In Moscow, a Russian Count is said to have fallen madly in love with him, and offered Stokes a large sum for an introduction to the fair Zoyara. It was in the sunny clime of Italy, however, that the greatest conquest took place. … The King of Italy [Vittorio Emanuele] presented him with a magnificent black stallion, of which Stokes immediately took possession.”

The same article details this encounter: “At Manila, a Spanish officer fell in love with Zoyara, and sought an introduction, but was refused. Some of his fellow-officers hinted that the fair rider was not a female, and he wagered that he was. A party of them went to the dressing-room, seized the subject of dispute as he came from the ring, and were about to strip the clothing from him when John Wilson rushed forward and knocked both of them down. A tumult ensued which ended in Wilson and Zoyara being placed in jail, where the sex of the latter was made known.” 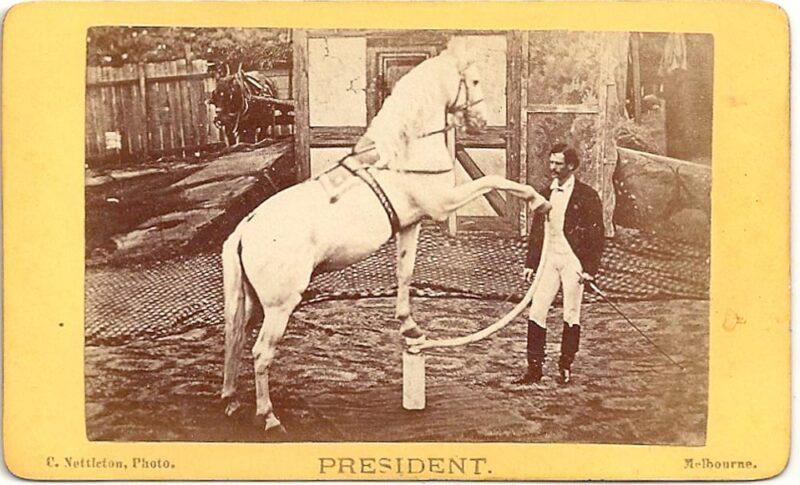 Possibly as a result of the event in Manila, from April 1860 on, Omar’s birth name often appeared on posters along with their female stage name. That same year, they would marry fellow equestrian performer, Sally Stickney.

After their marriage, “Miss Ella” performances became exceedingly rare and Omar instead invested in Wilson’s Circus. Omar toured and performed with Wilson’s throughout North and South America, in Australia in 1875 and India in 1877, where they succumbed to small pox.

Note from the author: I used gender-neutral pronouns for this article because I believe “Miss Ella” would find it affirming and respectful, but I left sourced quotes unaltered. Happy Pride Month.