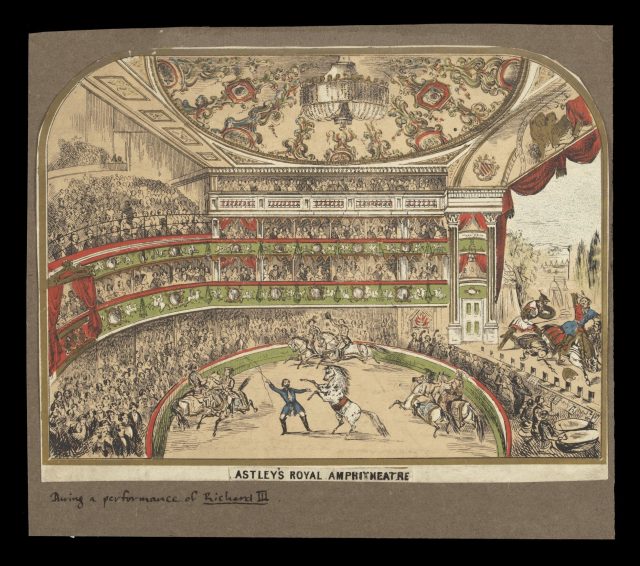 Journey back with us as we take a peek behind the curtain of the greatest shows on earth, all of which were deeply rooted in horsemanship. First up, Philip and Patty Astley and their infamous Amphitheatre. 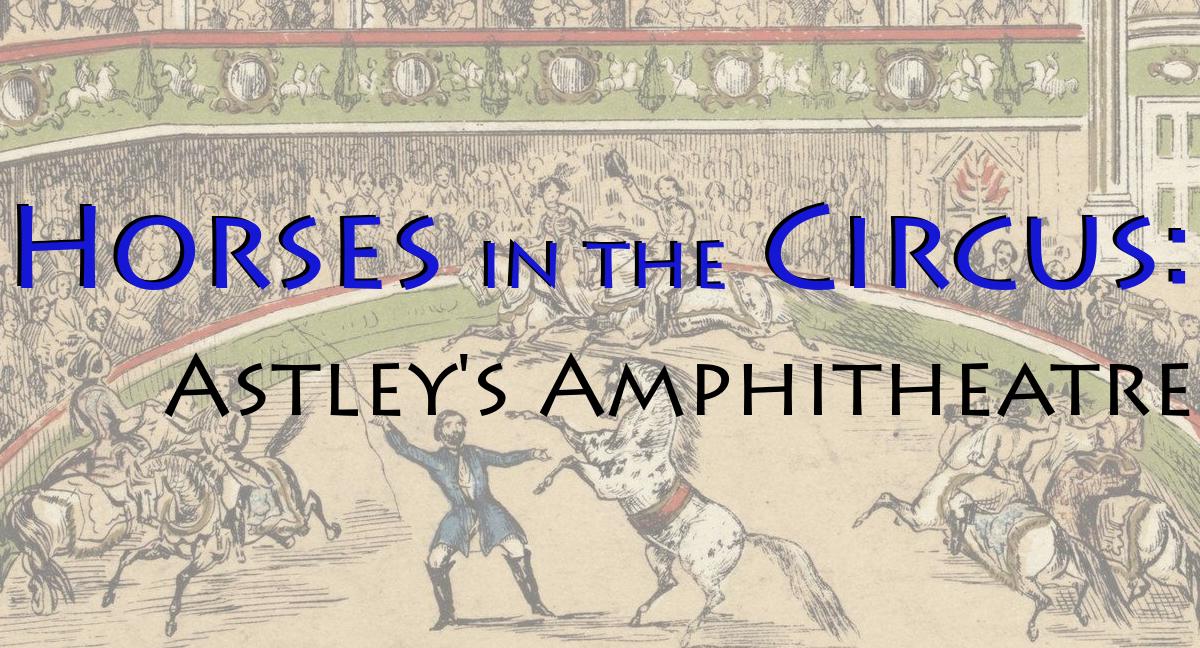 Born in 1742 to a family of cabinetmakers, Philip Astley dreamt of working with horses and at 17 years old, enlisted with the British cavalry. In 1768, after being discharged from the army, Astley opened a riding school in London with his wife, Patty, where they taught in the mornings and held performances in the afternoons.

One of the earliest acts was Astley riding “with one foot on the saddle and one on the horse’s head, while brandishing a sword.” 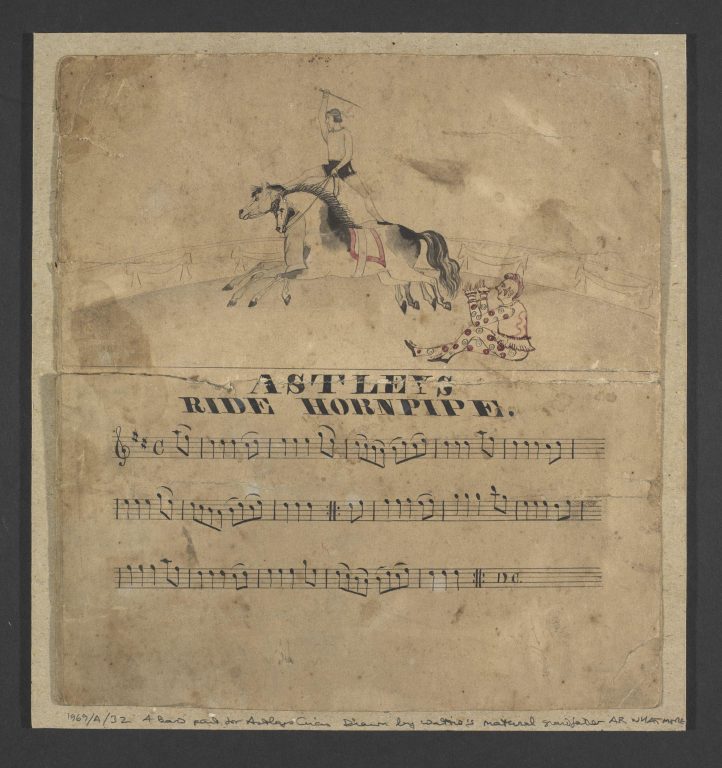 He eventually created elaborate comedy acts such as ‘The Tailor of Brentford,” which acted out a journey on horseback. The Victoria and Albert Museum of London notes it is “widely considered to be the first clown act.”

Another infamous act, “The Little Military Horse,” featured a horse trained to perform tricks. No records of Astley’s exact performances exist, but others of the time period included “teaching the horse to stand up, lay down, knock on a door, say yes or no, fetch and retrieve objects, walk on hind legs, to unbuckle his own saddle and remove it, open and close doors, pump water, fire a pistol, spell, [and] read,” according to the Biodiversity Heritage Library.

Patty, meanwhile, was most famous for riding at a full gallop with swarms of bees covering her hands and arms. 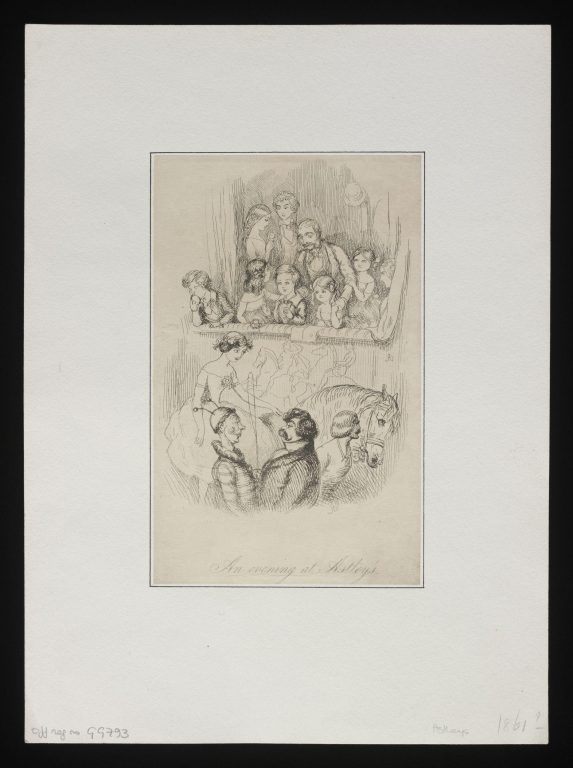 In 1769, the Astleys expanded their act and moved into “Astley’s Riding House,” which would later be renamed Astley’s Royal Amphitheatre. It was there that the couple reportedly invented the modern circus ring. Presumably through trial and error — possibly while his wife was covered in stinging insects — Astley discovered 42-feet in diameter was the ideal dimensions to utilize centrifugal forces to help balance on a horse’s back. That ring size is still the standard today. 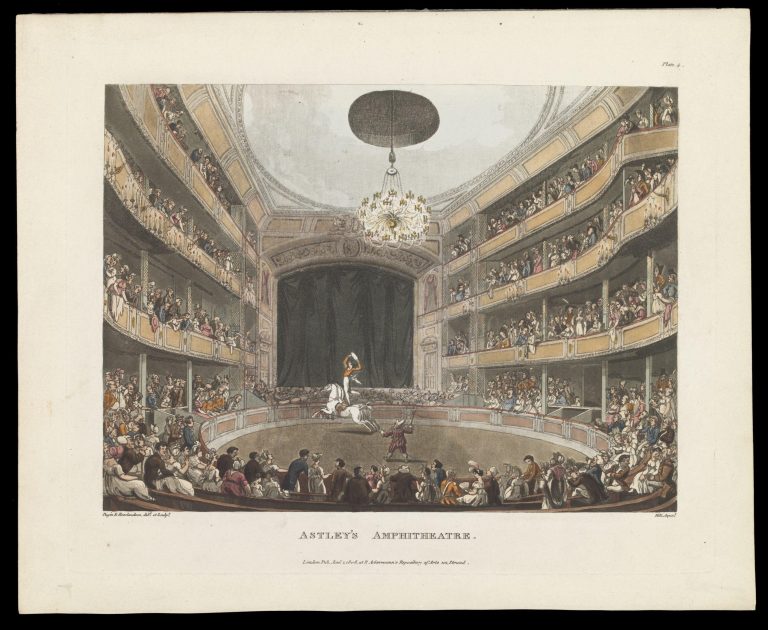 By 1780, they expanded their business to traveling shows — the most famous being in Paris to perform for the French king and royal court — and enclosed the Amphitheatre with a roof so that performances could be held year round.

The CBGB of its time, Astley’s Amphitheatre would become a proving ground for young talented performers, many of whom would go on to create their own shows. 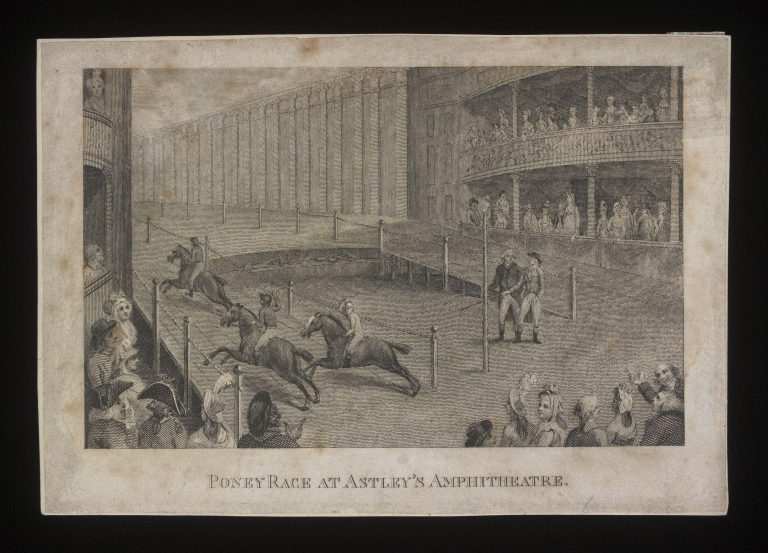 “The Story of the Circus,” Victoria and Albert Museum.

“Horses and the History of the Circus,” Biodiversity Heritage Library.