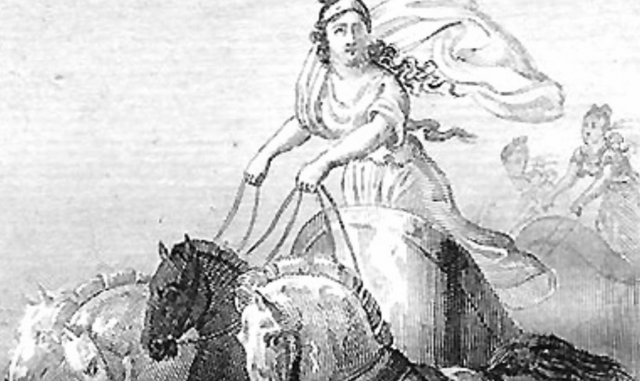 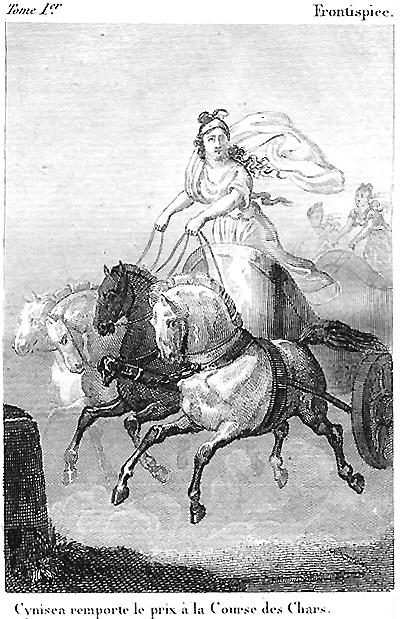 Born in Sparta, Princess Cynisca had a jumpstart on most of her Roman and Greek counterparts, due to the fact that most women at that time could not inherit or control property. Sparta was the exception.

Not only could Spartan women build and retain their own wealth, but also they could actively pursue formal education and participate in athletic competitions. Many historians attribute this to the idiosyncrasies of Spartan society. Boys as young as seven years old were sent away for military training and men were rarely at home. Therefore, it was women who ran the cities as well as their individual homes.

The daughter of a king and the sister of two brothers who would also become kings, little is known about Cynisca’s daily life. As a young girl, she most likely learned to drive a two-horse chariot and hunted, a noted favorite pastime of her ancestors. Even her name roughly translates to “small hound.”

There is no historical record of her ever marrying or having had children, but, Pausanius, a Greek historian, described her as “exceedingly ambitious,” while multiple sources allude to the fact that she held a massive estate specifically for breeding and training horses. 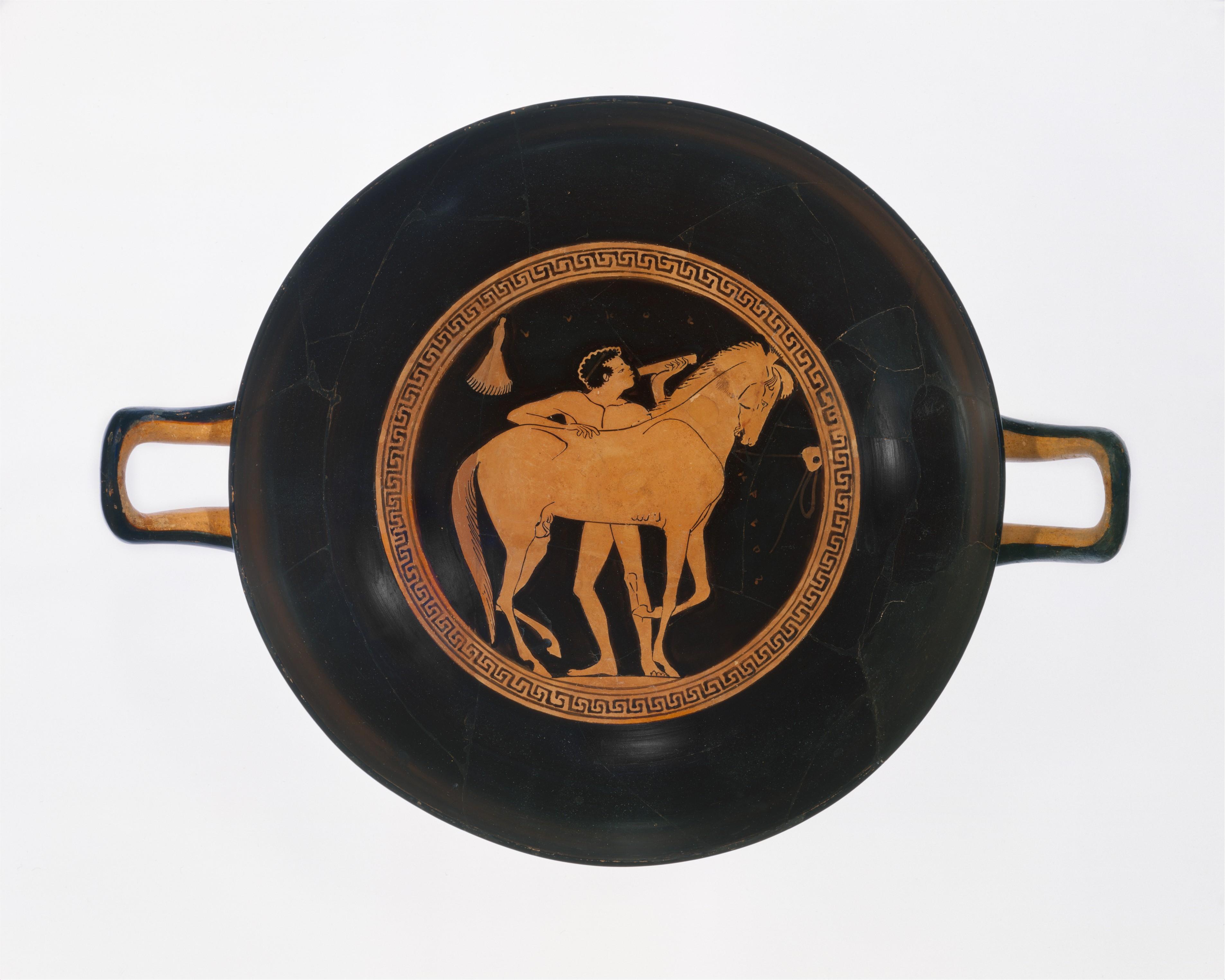 On Horsemanship by Xenophen — one of the oldest complete works on horse care, training and breeding — was published during Cynisca’s lifetime, and, in fact, she is mentioned in the text. From the book, as well as what is depicted on artifacts, historians can piece together a day in the average Spartan stable.

Xenophen writes, “The horse that is sound in his feet, gentle and fairly speedy, has the will and the strength to stand work, and, above all, is obedient, is the horse that will, as a matter of course, give the least trouble and the greatest measure of safety to his rider.” 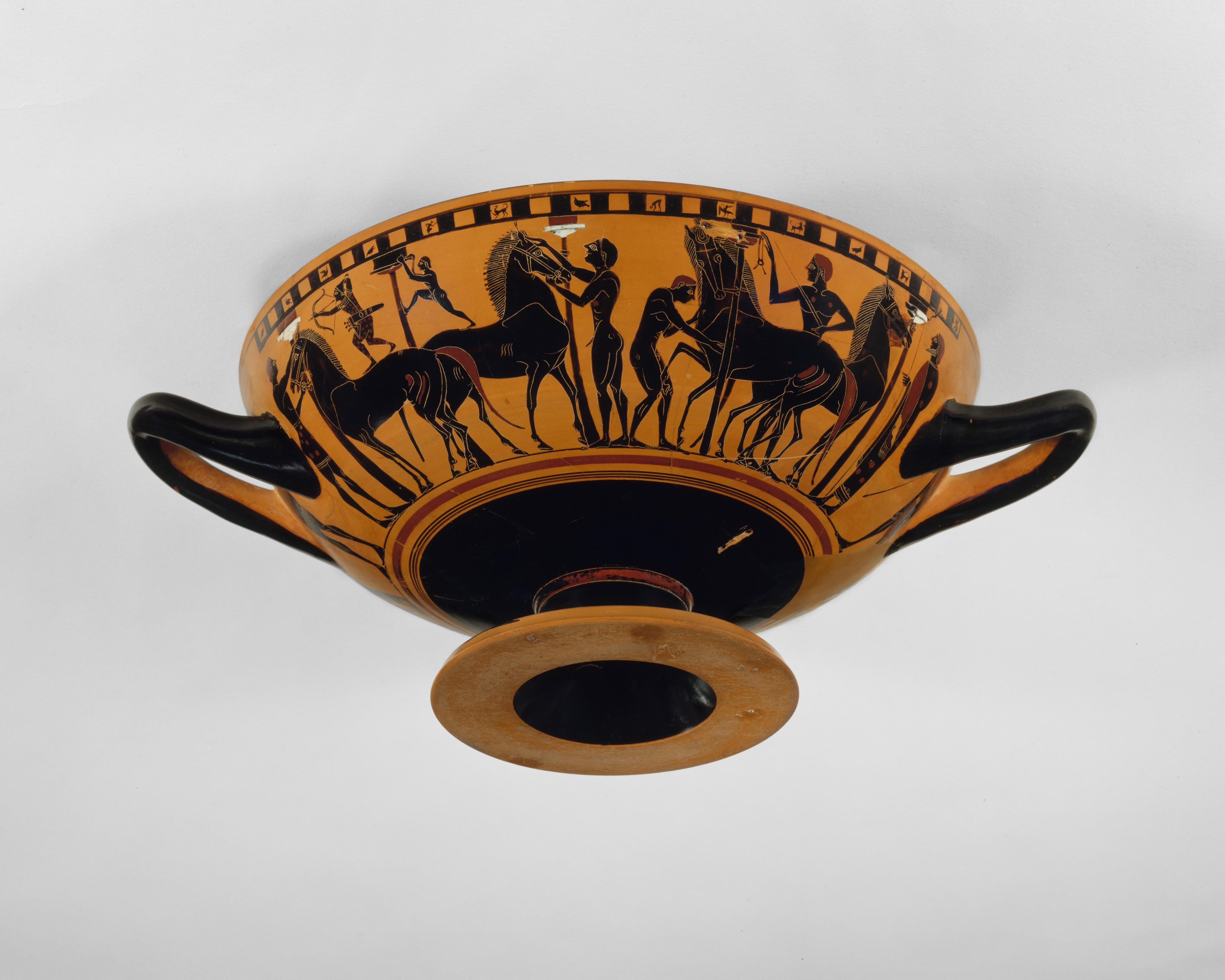 Cynisca’s horses were probably kept in a stall for at least part of the day, and the barn was most likely built close to her own home.

“When a man has found a horse to his mind, bought him and taken him home, it is well to have the stable so situated with respect to the house that his master can see him very often…”

The stable floors and courtyards were paved with stones and designed with drainage in mind.

“Now damp and slippery floors ruin even well-formed hoofs. In order that they may not be damp, the floors should have a slope to carry off the wet, and, that they may not be slippery, they should be paved all over with stones, each one about the size of the hoof. Such floors, indeed, have another advantage because they harden the feet of the horse standing on them [to] strengthen the feet.”

Grooming would have been a high priority as Xenophon taught that horses should be brushed and hoof-picked daily, and one vase, dated to 550 BCE, shows horses being worked in a cavesson and long lines, which would have been a natural first step to chariot training. Interestingly, very few artifacts show horses being ridden. 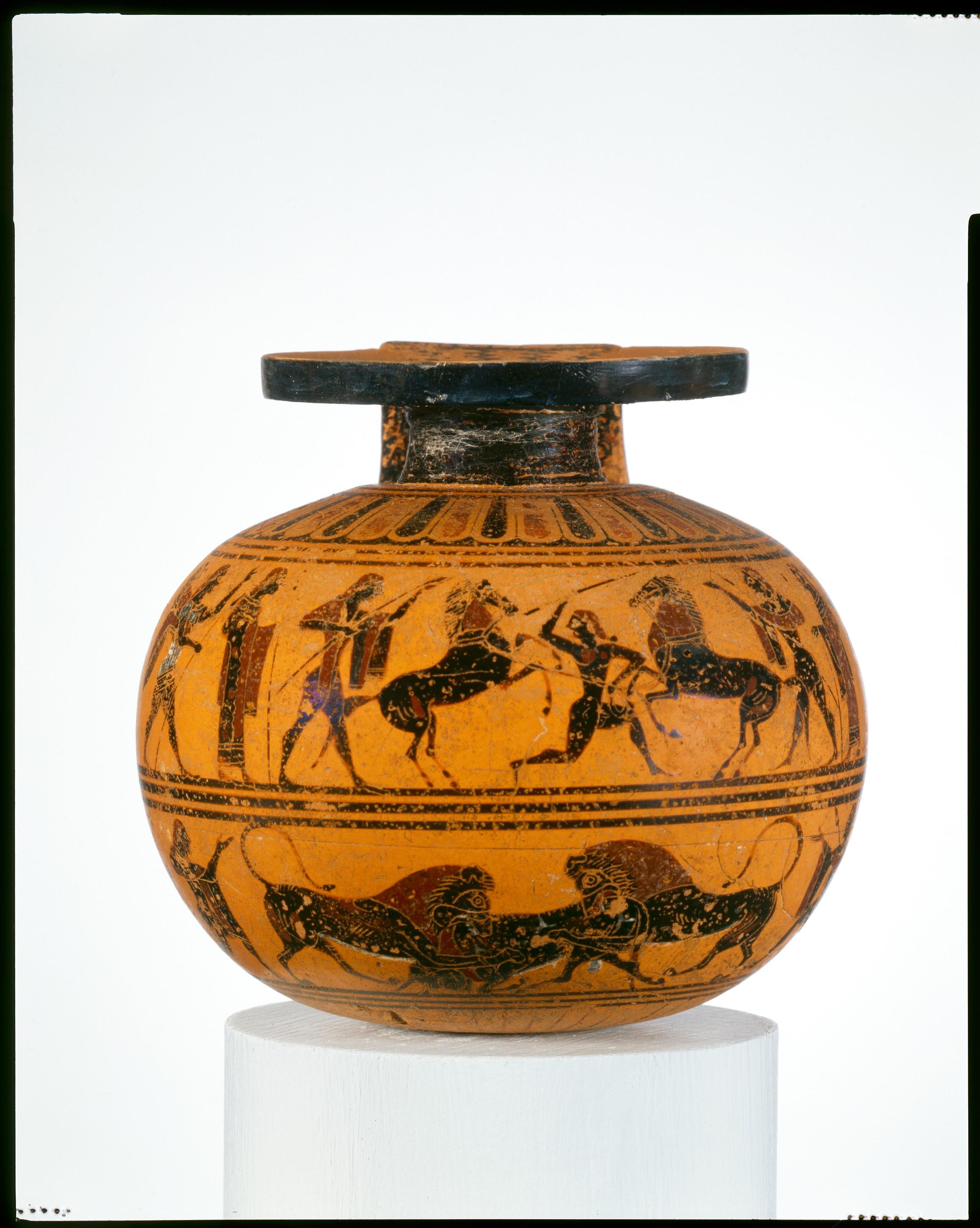 As a woman, Cynisca was not allowed to drive the chariot herself or even attend the Olympic Games, which were held outside Sparta. But urged on by her brother — who may or may not have intended the whole thing as a demeaning joke — Cynisca would eventually enter and win the four-horse chariot race at the Olympics in 396 and again in 392 B.C.E.

Sarah Pomeroy in her 2002 book, Spartan Women, names Cynisca as “the first female star in Greek athletics,” referring to her as “an expert in equestrian matters” with a “single-minded devotion to racing.”

To commemorate her victory, Cynisca built monuments to herself and her horses bearing the inscription:

“Kings of Sparta were my fathers and brothers, and I, Cynisca, winning the race with my chariot of swift-footed horses, erected this statue. I assert that I am the only woman in all Greece who won this crown. 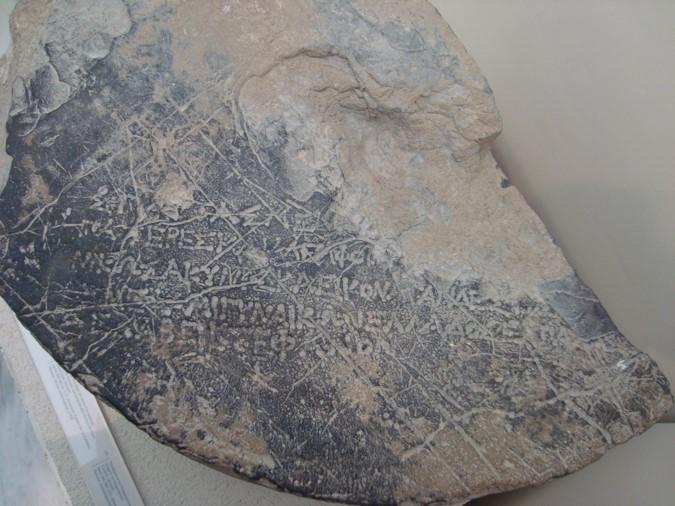 Statue base of Kyniska, Museum of the Olympic Games in Antiquity, Ancient Olympia. Wikimedia Commons.

Her win opened the doors for more female champions including Euryleonis — who would win the four-horse chariot race in the 368 B.C.E. Olympics — Belistiche, Zeuxo, Encrateia and Hermione, Timareta, Theodota, and Cassia.

“The Only Woman in All Greece”: Kyniska, Agesilaus, Alcibiades and Olympia, Donald G. Kyle, 2003, JSTOR.