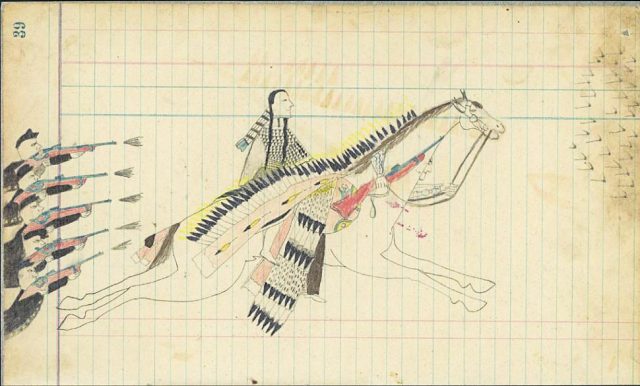 If ever there were an equine girl boss, it’s definitely Buffalo Calf Road woman, who fought in the Battle of Rosebud Creek and the Battle of Little Bighorn.

In 1876, a Cheyenne woman named Buffalo Calf Road Woman fought the United States’ conquest of the west in an effort to preserve her home and her culture.

Author’s Note: Much of Buffalo Calf Road Woman’s life is a mystery. Though I tried to find sources specific to her story, some of this information is about Cheyenne culture and women in general. 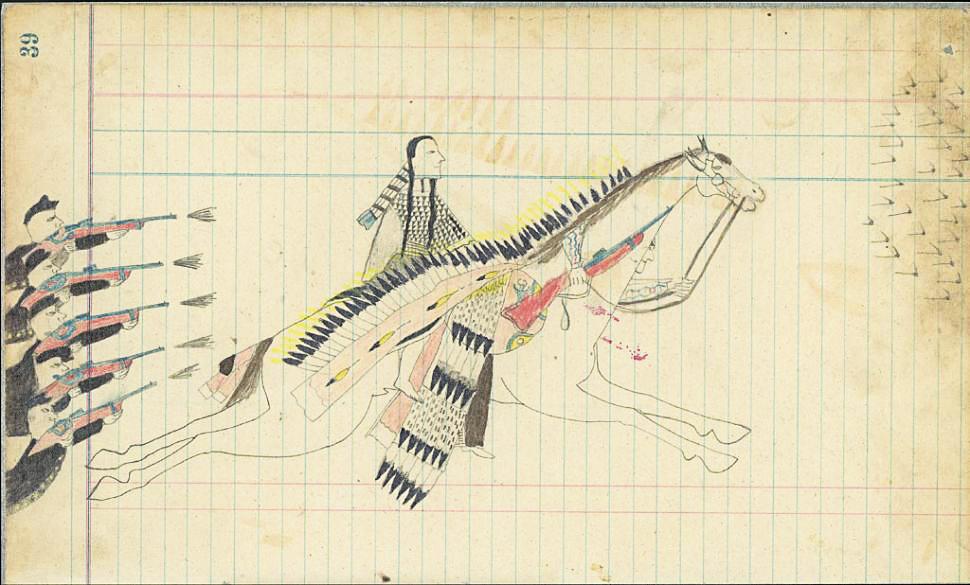 Horses played an integral part in the lives of the Cheyenne and children learned to ride before they could walk. The Narrative Of A Southern Cheyenne Woman states whenever the tribe moved camp, children were initially tied to the saddle, then taught to ride alone by the age of four.

Haag writes, “When I became an older girl I was rather expert in riding horseback. This was my greatest sport. I even rode untamed ponies. Of course, sometimes I was thrown off by ponies who bucked very badly.”

2. She subverted gender stereotypes… Or did she?

Many historians mark Buffalo Calf Road Woman as an exception to the rule, but that may not be the case. While men rode horses for both hunting and war, it was women who may have had the most contact with the herd. Agonito writes that women not only were responsible for defending themselves, but also for “moving [their] lodge, household goods, and family.” In a nomadic society, these domestic chores would have been extensive and women would have selected and trained horses for the task.

Haag writes, “Whenever we moved camp, I always managed to catch my own riding pony, and to pack my personal belongings on another pony which was used for that purpose only.”

Women, in fact, may have been in charge of the horses’ care and breeding. Clark notes that a man “often gave most of his horses to his daughters” before his death. When a woman died, all of her mares were given to a female relative, though the male horses remained with her husband. 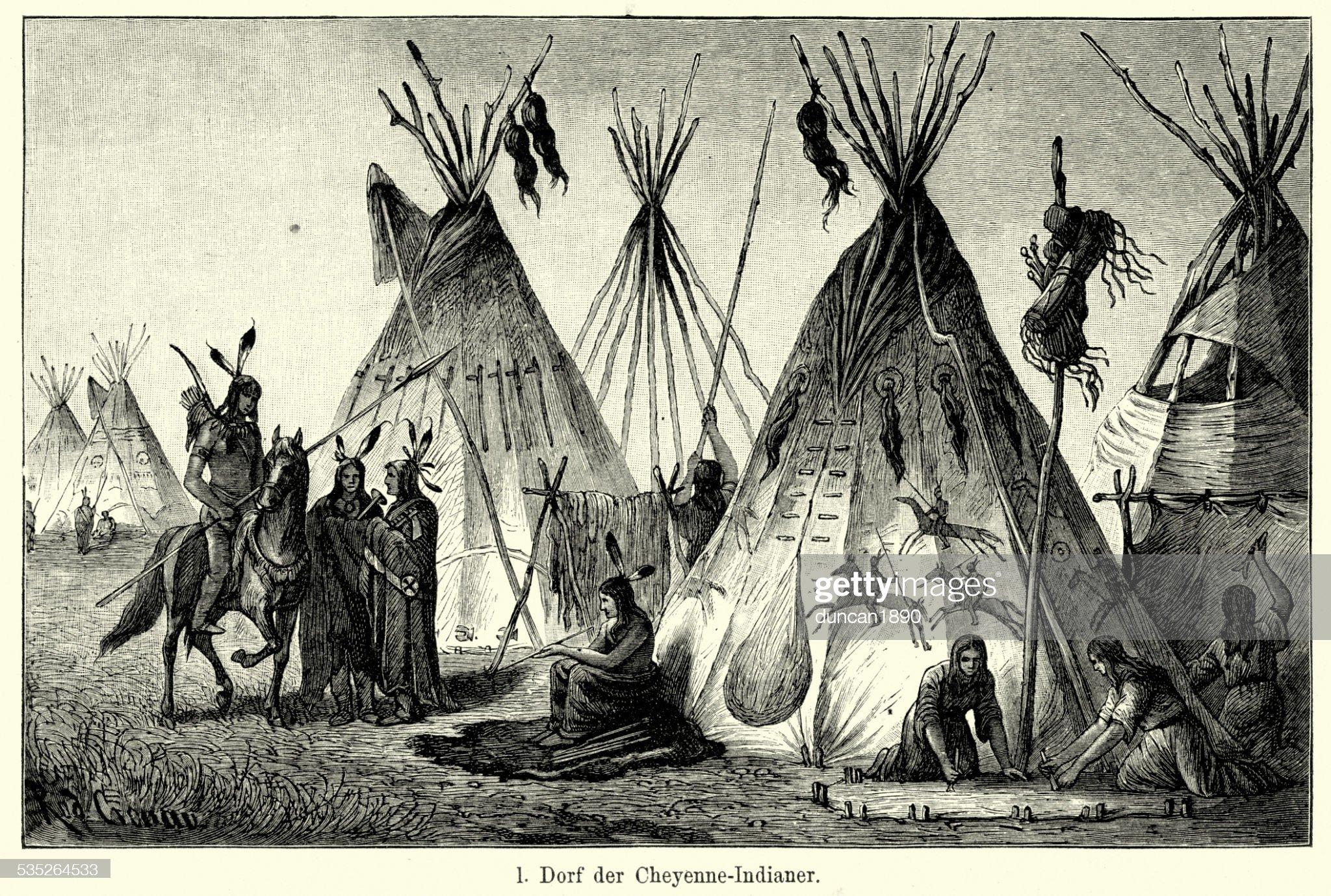 3. She belonged to a secret society of women warriors.

Historians note that women warriors were rare in the Plains tribes, but they certainly existed. Clark writes, “[T]hey formed a secret society of their own.”

Agonito adds, “Cheyenne women who had actually fought in battles had their own secret military society, though not much is known of its structure.” Their study goes on to detail how women were trained to use multiple weapons and advanced military maneuvers, such as surrounding the enemy in a coordinated attack.

4. “The Battle Where The Girl Saved Her Brother”

The tribes refused. The ensuing battle lasted for six hours along the Rosebud River. During the battle, Comes-In-Sight’s horse was shot down.

Women Warriors tells this story: “Buffalo Calf Road Woman charged through enemy gunfire to rescue him. Comes-In-Sight mounted behind her and she carried him to safety. Historians of the American West know the events of June 17, 1876, as the Battle of Rosebud River; the Cheyenne call it the Battle Where the Girl Saved Her Brother.” 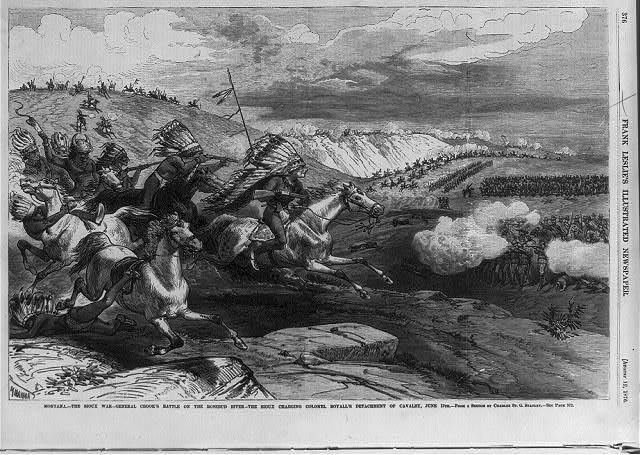 The Battle of Rosebud Creek, Engraving taken from Frank Leslie’s Illustrated Newspaper, 1876. This image is available from the United States Library of Congress’s Prints and Photographs division under the digital ID cph.3b02596.

5. Did she kill General George Custer at the Battle of the Little Bighorn?

Eight days after the battle at Rosebud, Custer attacked at Little Bighorn. Oral histories — given by two other Cheyenne women warriors, Kate Bighead and Iron Teeth — paint a picture of that day.

“Most of the women looking at the battle stayed out of reach of the bullets, as I did. But there was one who went in close at times. Her name was Calf [Road] Woman …[she] had a six-shooter, with bullets and powder, and she fired many shots at the soldiers. She was the only woman there who had a gun. She stayed on her pony all the time, but she kept not far from her husband, Black Coyote. ”

In 2005, Frank Rowland — a Cheyenne oral historian — broke the tribe’s 100-year vow of silence and credited Buffalo Calf Road Woman with knocking Custer off his horse and, subsequently, the general’s death.

Author’s Note: Custer’s death is a hotly debated topic as seen at Notes From The Frontier.