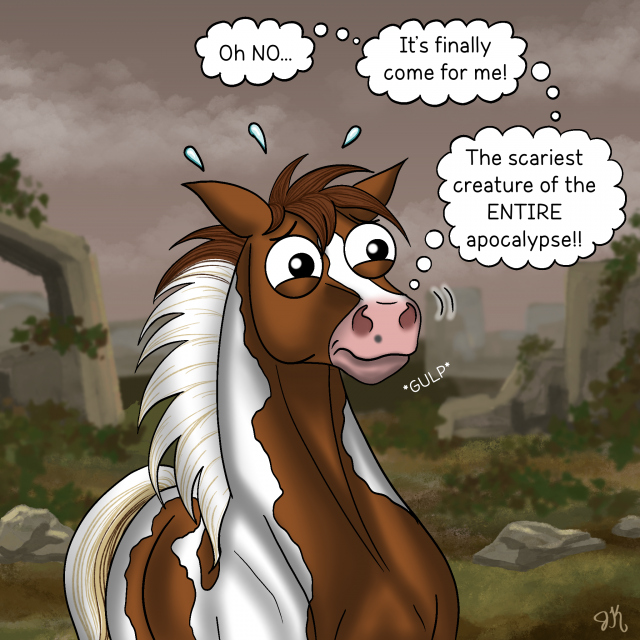 The Book of Revelation didn’t warn us about THIS one. 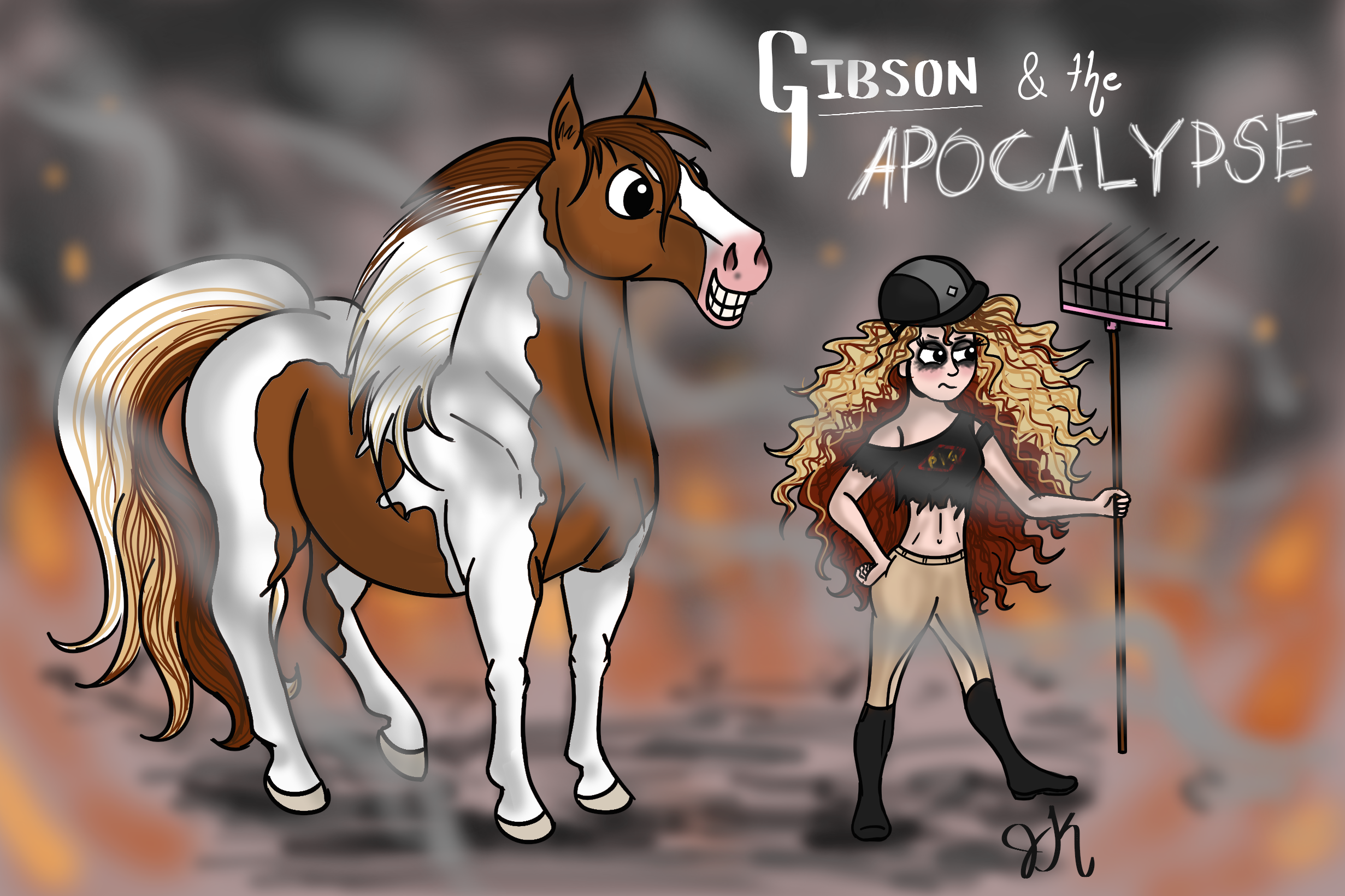 Gibson’s not exactly a “dumb” horse. In fact, he’s actually rather clever when he wants to be. It’s just that intelligence often comes with an expansive imagination. While this may be seen as a positive trait in some species, it’s not always the best combination for a prey animal, with the latter characteristic often overriding the first. By quite a long shot.

I just wish he was a bit more accurate in his assessments of what in this apocalypse is actually trying to eat us. 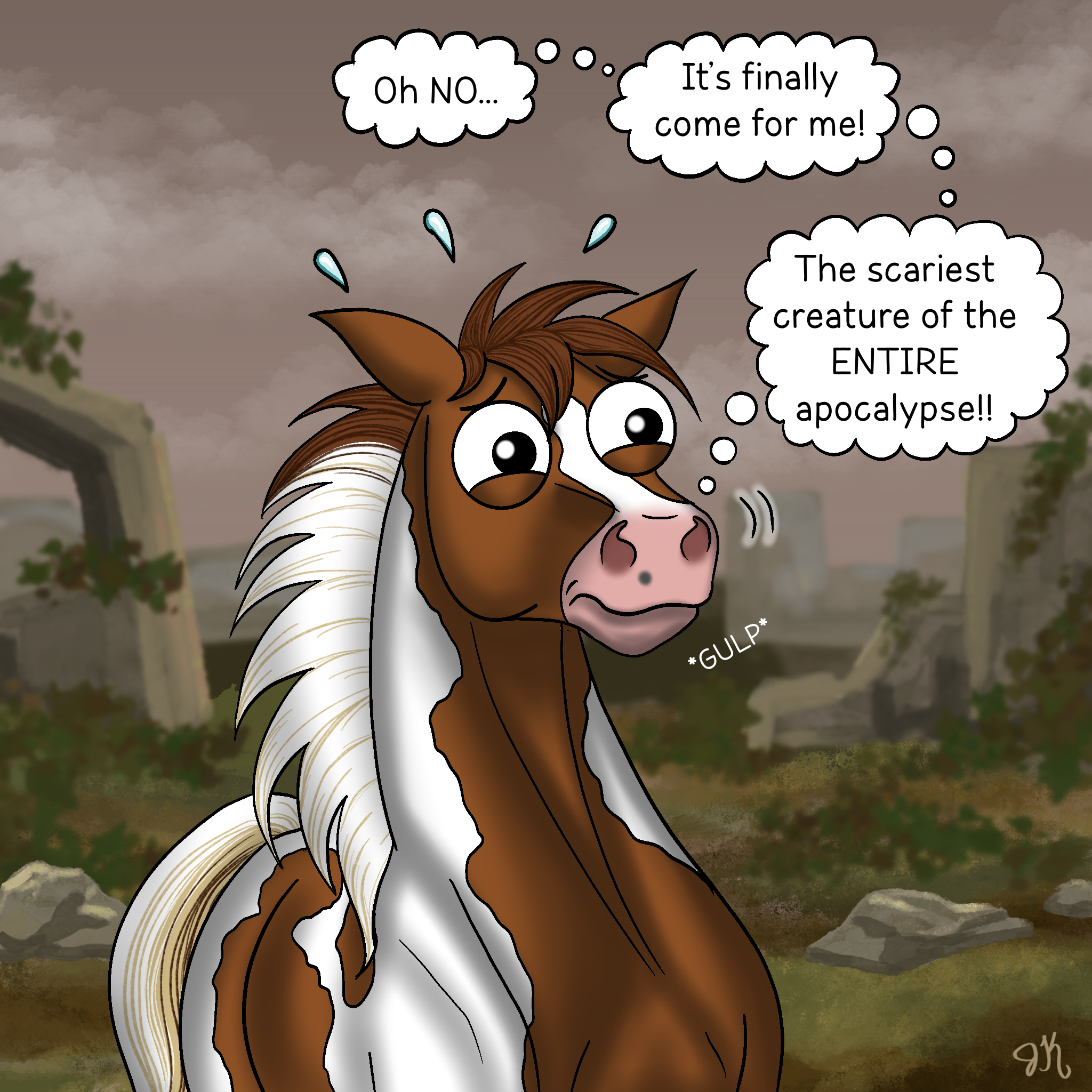 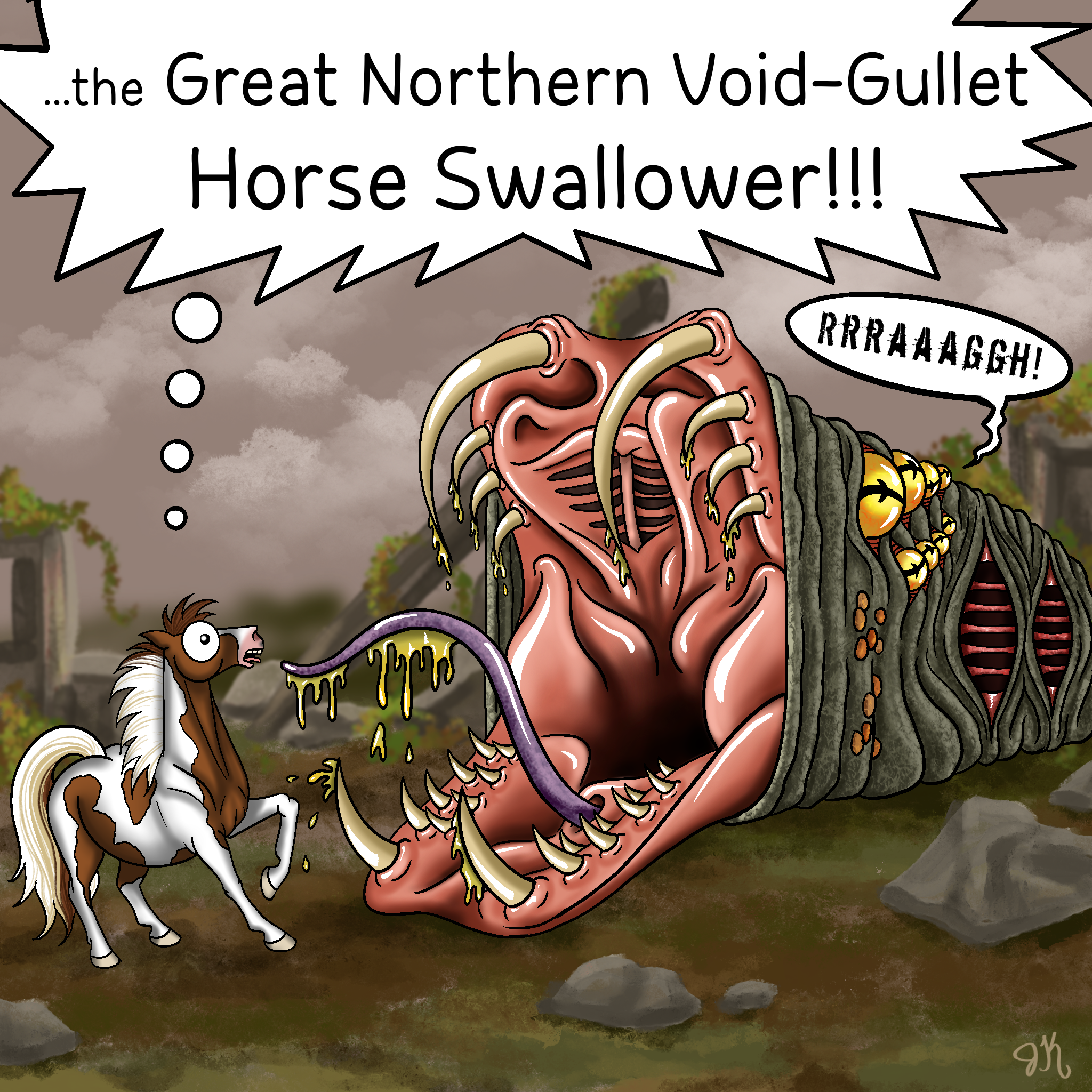 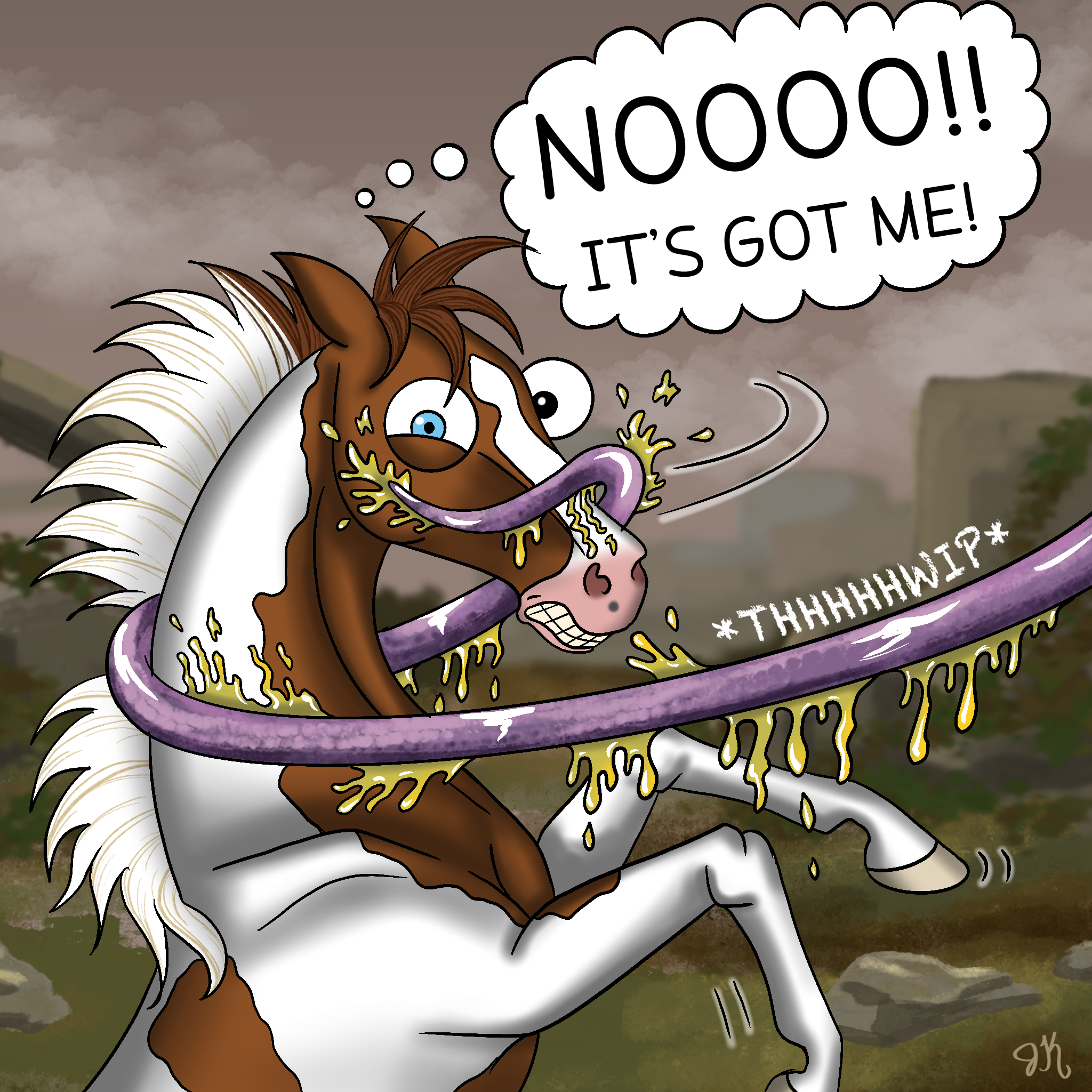 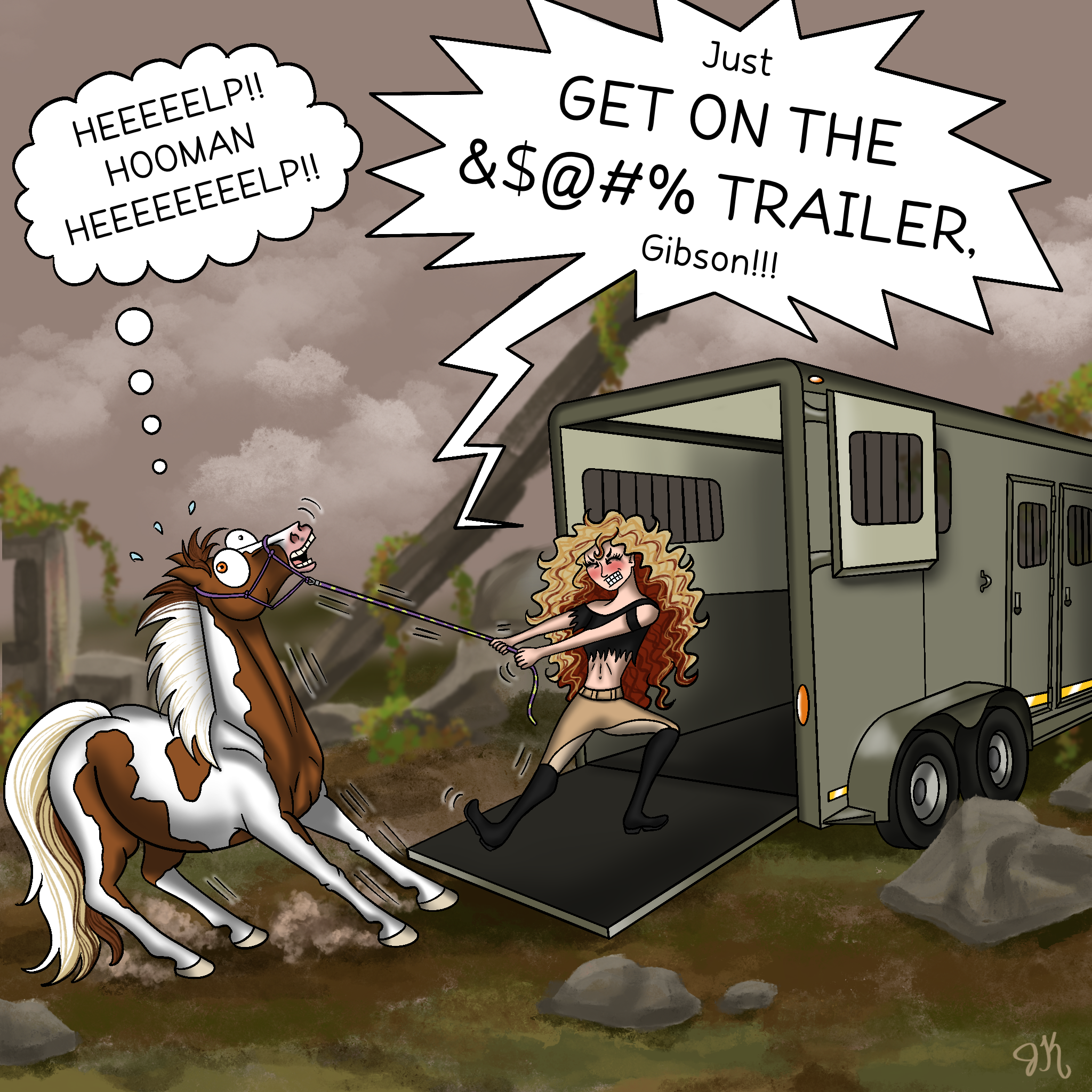 Anyone else ever have an unfortunate encounter with the Great Northern Void-Gullet Horse Swallower? Share your stories! 👋