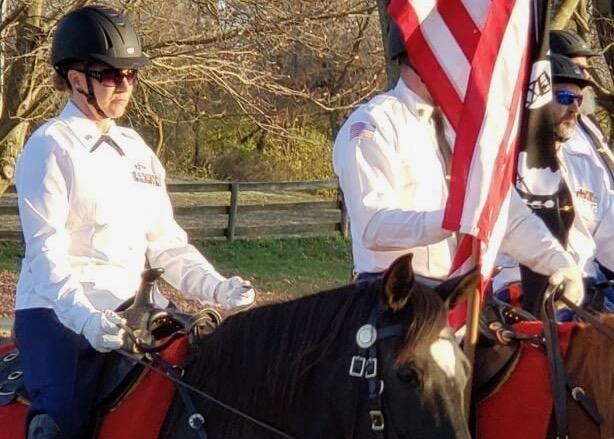 “It is hard to explain… with the horses you form a connection that you didn’t know you could. It is something I had never felt before… I had previously never formed this kind of trust and, in a way, this kind of relationship.”

“It only took me half of my life to figure out what I was missing,” laughed Jennifer Reynolds as she discussed her relationship with her horse, Lexie, a 16-year old 15-hand un-papered Paint. “I’m hooked,” she said. And when asked to unearth what that “hook” really meant, Reynolds exhaled, “It is hard to explain… with the horses you form a connection that you didn’t know you could. It is something I had never felt before… I had previously never formed this kind of trust and, in a way, this kind of relationship.” 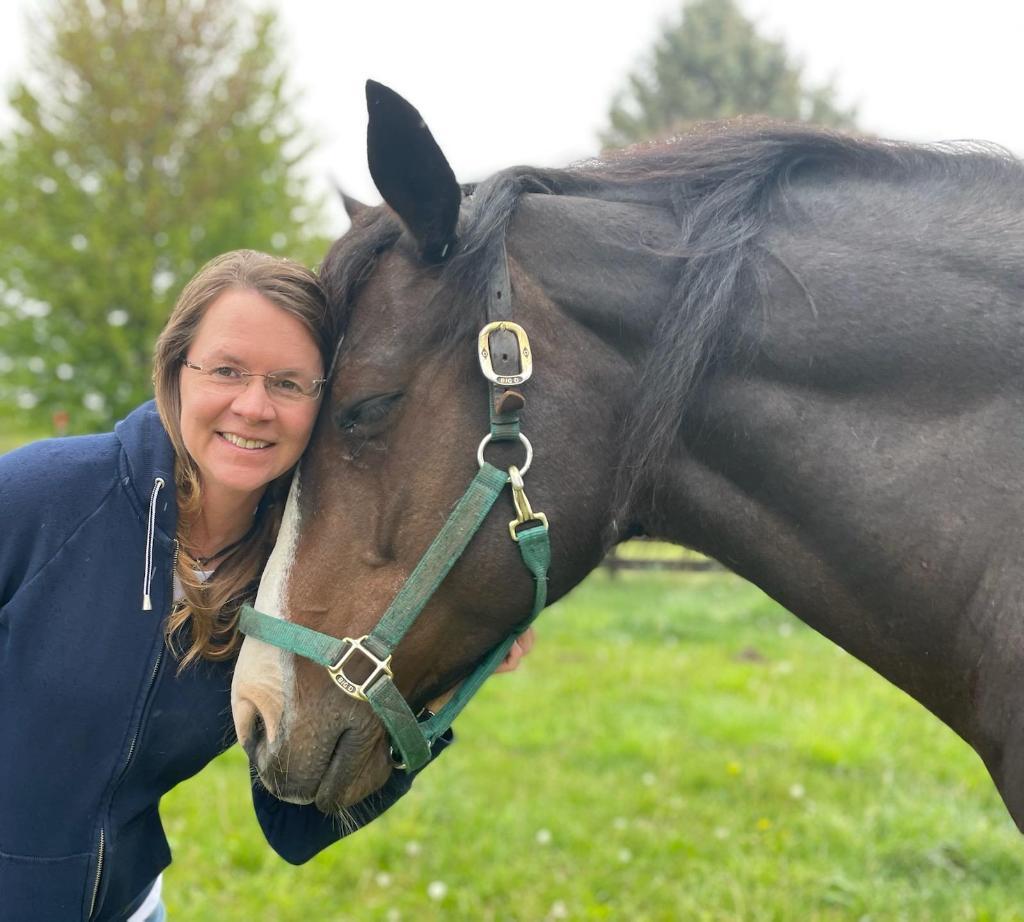 Reynolds is an Air Force Veteran who spent eight years in service between 1996 and 2004. During her time with the Air Force, she moved through Travis Air Force Base as part of the communications squadron and then was stationed in Saive, with NATO in Belgium. Her time “in” provides a glimpse into the lives of individuals who enlisted but who never saw combat or deployment. “My service was different – I thoroughly enjoyed living in Europe and getting to visit all of the NATO countries while working for our country. But it was also different being a female in the military.” Since leaving service, Reynolds has worked in Information Technology for a US Military Entrance Processing Command (USMEPCOM) center in Ohio.

Three years ago, a friend had two paint riding horses and one pasture ornament. Reynolds jumped at the opportunity to help groom and care for the horses and to learn to ride. Over time, she began working to rehabilitate the pasture-sound horse, Star, aiming to build a relationship that could move toward tacking and eventually, maybe light rides. 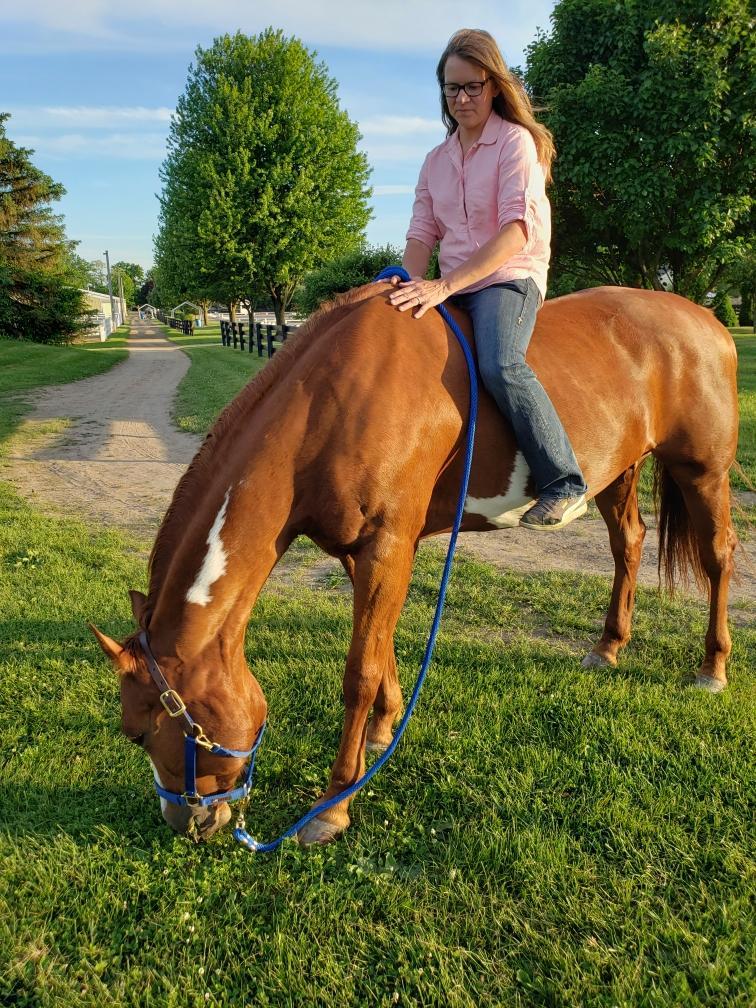 “This is where I learned the difference between the mare and gelding thing,” she laughed. “With the gelding, he had no issue going from one person to the next. But with Star, [she paused] it was different… we weren’t riding, per say, just grooming and walking to get her to a place where she could be ridden. And after taking care of her for several months, she really started to trust me, and we began to really bond. It was different than with the geldings.”

It was this work with the Paint horses that led Reynolds to help out at the Western Dressage World Show in Guthrie, Oklahoma. There she met Patti Gruber, the founder of Operation Wild Horse – a program linked to Veterans R&R that partners veterans and mustangs to promote comradery, conversation, horse knowledge, and healing. Gruber talked Reynolds into coming out and joining her at their farm and exploring the opportunities provided within. 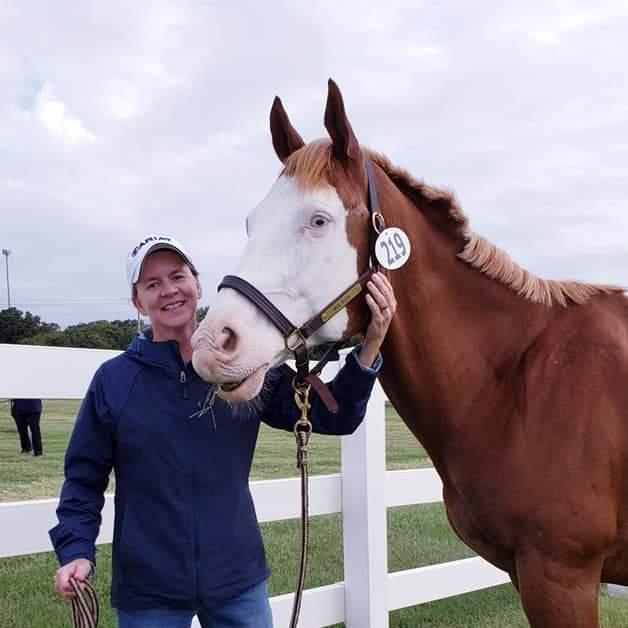 Reynolds explained, “Operation Wild Horse provides group activities where the veterans can talk and we can get to know each other. The horses bring out vulnerabilities in particular ways. The men, especially the older combat vets, are so tough and strong – they can be angry – but the horses seem to help them calm… I mean, they get a sense of calmness and a space for self-reflection.”

Each week, Reynolds would come out to work with the Mustangs to learn together and make incremental progress towards partnership and horsemanship. Her riding improved through Monday night lessons, and her passion for the horses increased. However, despite Gruber’s best efforts, Reynolds kept coming up with excuses to get out of the group-based exercises that happened on Saturday Mornings. 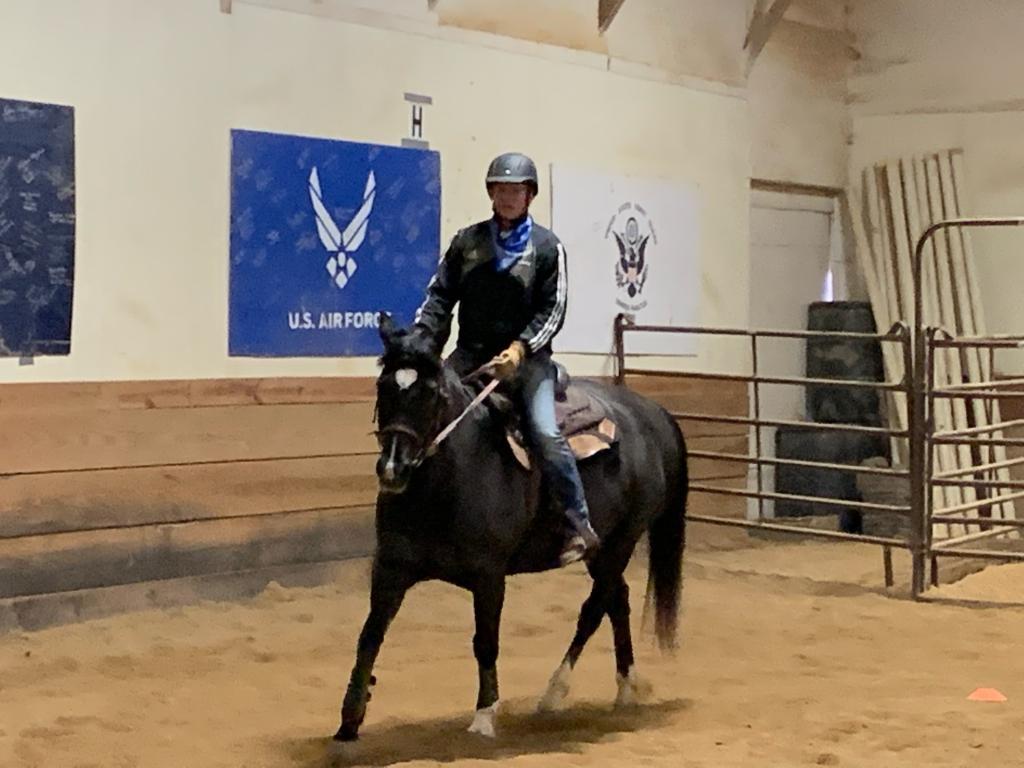 “Female veterans are different. Our issues coming out of the military can be similar to those that men experience, but there’s also the issues of assault and harassment from those that you’re supposed to trust. You have to work twice as hard just to prove that you can do your job,” she explained. “It’s not that I don’t like the guys, I just am not comfortable sitting around with them and opening up. Those sessions aren’t therapy… but they are – it’s just unspoken.”

In the process of avoiding those Saturday sessions, Gruber and Reynolds found themselves joking about needing a girl’s night at the barn. The joke quickly transformed into potential and the women’s group was born. Currently five female veterans attend. “Some days we meet in the office, others we do groundwork, learn about equipment, or ride. But in the time that we are there, we talk, we eat, and it is amazing how free we have become with each other. It’s like we finally feel free and we can finally share.” 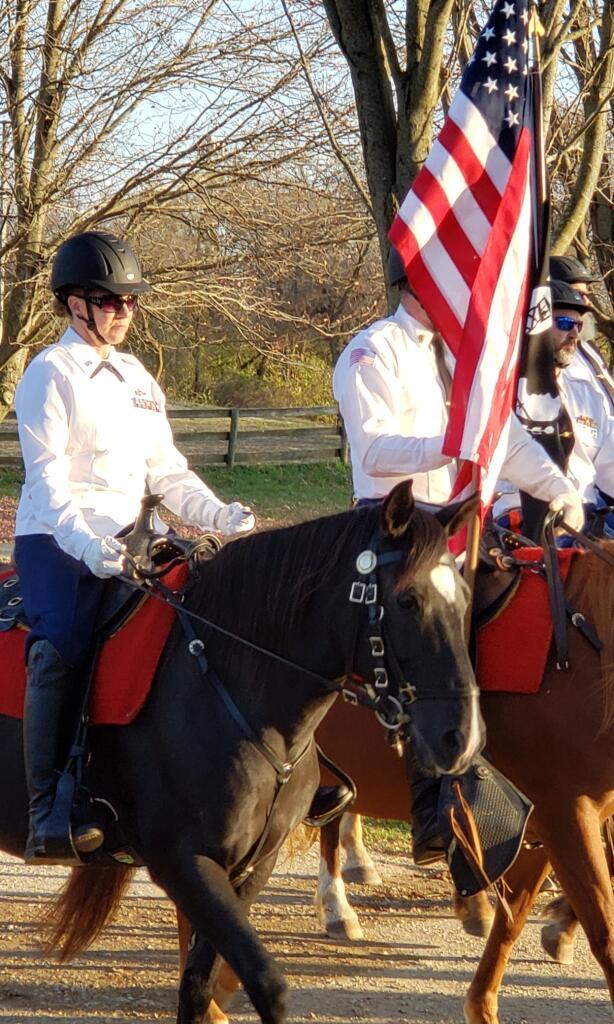 Regardless of gender, though, Reynolds agrees with Gruber who sees connections between the wild horses and the veterans. “Mustangs and veterans are similar,” she reflected. “You’re taking wild horses out of their element and expecting them to adapt… to move and to move again until they find their place. Veterans do the same thing – they move, live with a bunch of new people, and move through things that are often not easy, until they eventually come home and try to find a place.”

“Mustangs are always watching their back – they’re different than domesticated horses. They never know when a predator is coming. They don’t have trust and they have to find a way to build it. It’s like that with the combat vets too… It’s as if the Mustangs understand this… or at least I think they do.”

For Reynolds, it is exactly that trust and connection that has become a key attraction to working with horses. Knowing that she wanted to build her own equine relationship, she didn’t shy away when she was offered a horse who needed a job. “Lexie is again a mare – so it was so quick the way we connected meaningfully. We both were greener than green and neither of us knew what we were doing. Lexie had been a one-handed western trail horse, and I have had to train her to ride through both hands and work in a dressage arena. It was a huge accomplishment just to get to our first show after six months of working together.” 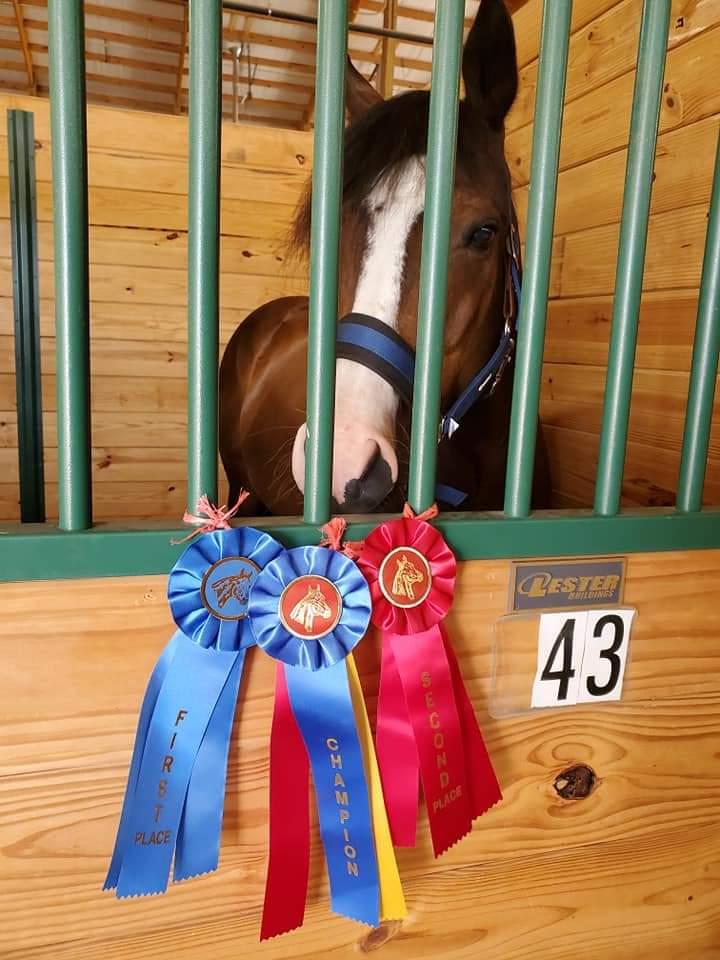 “It was funny though,” she continued. “I overheard someone say, ‘I don’t understand why older people would get into the sport – it is so difficult for them to get anywhere… the aids, the seat, and so on,’ I was like, well, ‘What is anywhere for me? I’m not going to be a Grand Prix rider. I don’t expect that. If I get to show at the Intro Level, I have done something more than I had done the day before. It’s so much more than the two-dollar ribbon. It’s about the relationship, the hours of work and training that go into just a walk-trot test. That person clearly doesn’t get it – it’s about the relationship.”

And to close that chapter, she added wryly, “I mean, not everyone gets a pony for their fifth birthday.”

You can learn more about Operation Wild Horse here.