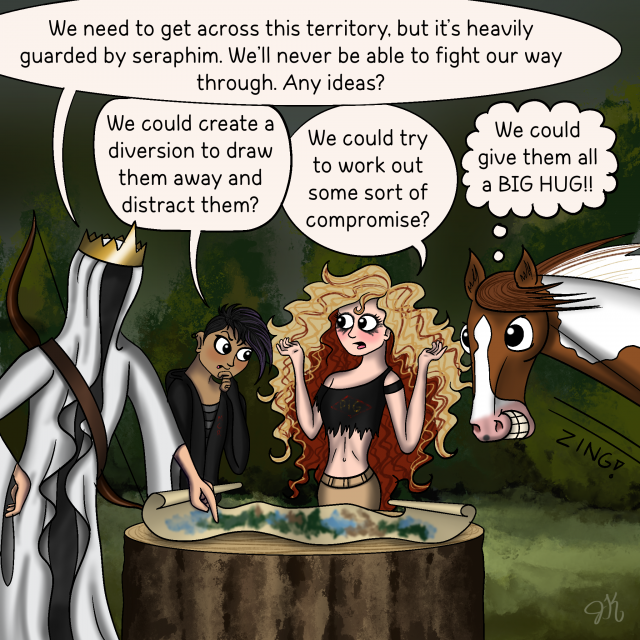 Have we tried “kill ‘em with kindness” yet?

From the beginning of time to the end of the world, horses have been a part of mankind’s wars. We recount stories of our noble war horses, who fight alongside of us despite their natural tendencies to avoid conflict. It’s perhaps unsurprising that they’ve picked up on very little military strategy over the millennia, and that most of this work is still done by the humans (and Horsemen).

That doesn’t stop Gibson from trying his best, though, even if his suggested methods seem a bit…ineffective. 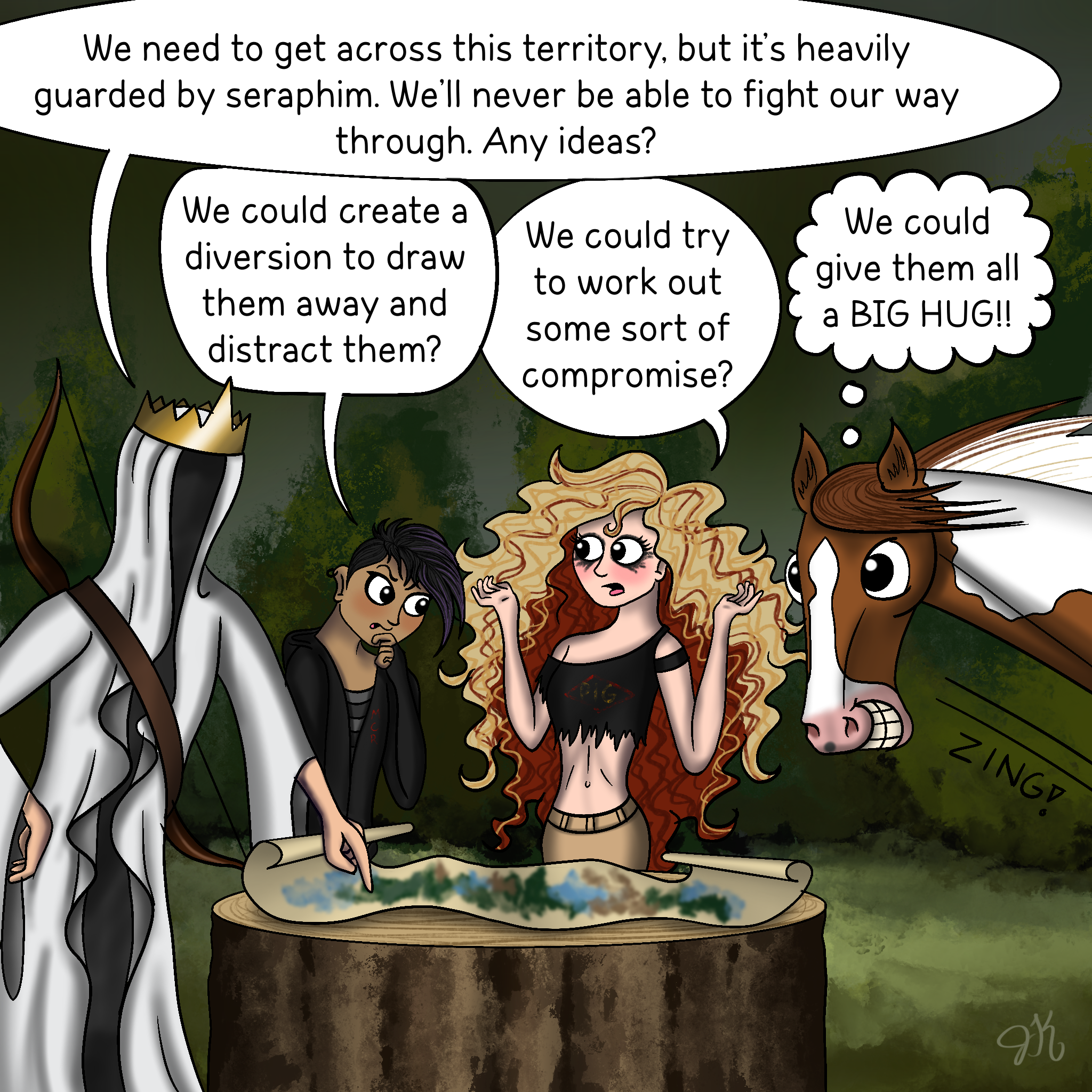 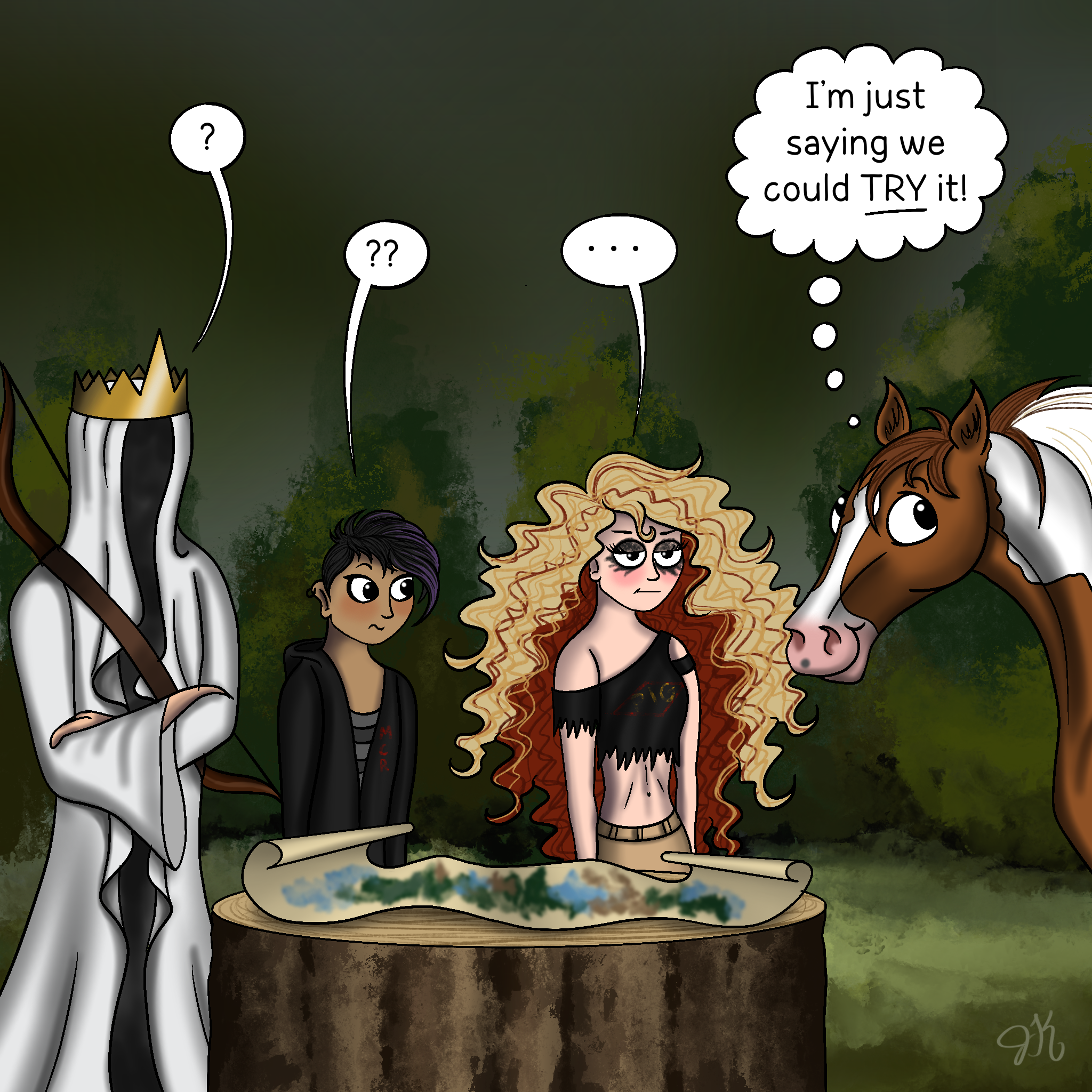 Trust me, if there’s one thing that Gibson is always trying to invade, it’s your personal space. 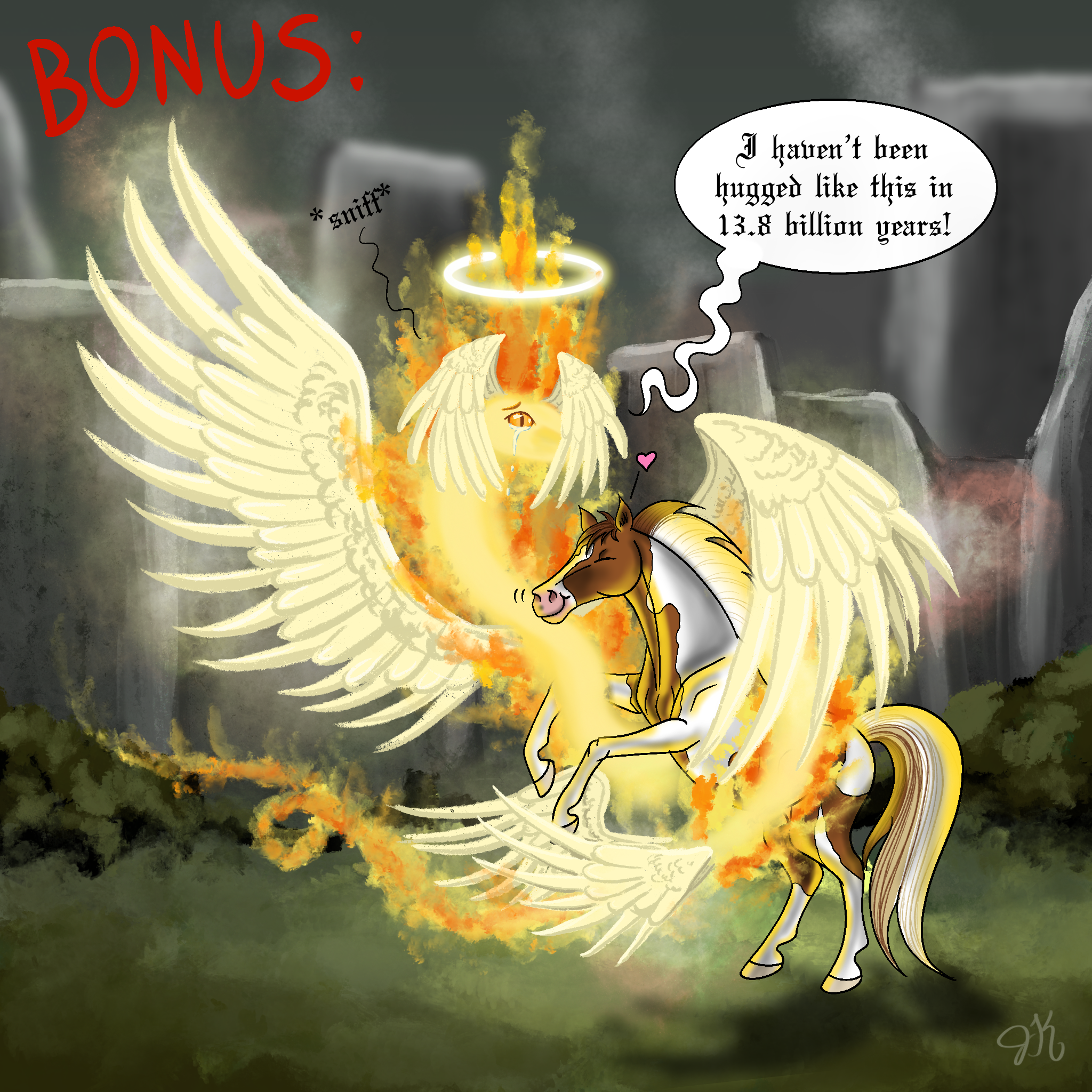 Anyone else have a horse that would try to befriend a biblical angel?