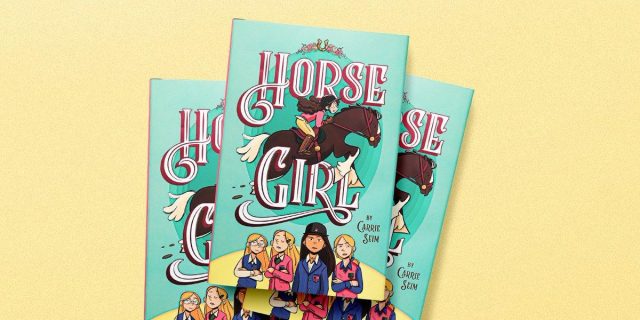 Enjoyable, relatable, humorous, fact-filled and all the potential to become a modern-day horsey classic! This novel has it all for the horse-obsessed young adult reader. 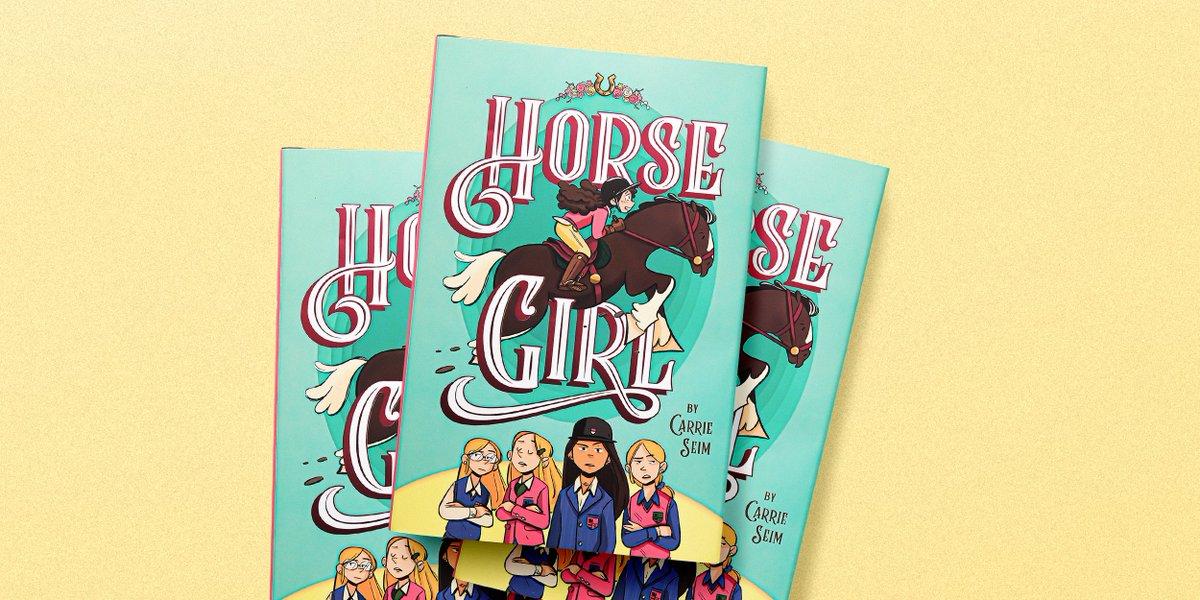 An enjoyable, humorous and relatable read for all ages, Carrie Seim’s debut young adult novel, Horse Girl, focuses on the life of seventh-grader Willa “Wills” Watkins who just started taking lessons at Oakwood Riding Academy, and her family. Her older sister Kay, who’s allergic to horses and very into an array of academic pursuits, her mom, a military pilot deployed overseas, and dad, who like many dads, is well-meaning but not always “mom” and also has the accompanying “dorky dad humor” to lighten the mood!

Horse Girl sees Wills grow and navigate everything from solving the big “mystery” of who’s writing her anonymous notes of encouragement to learning how to handle different horses to making friends at the barn. See, Wills had always struggled to make friends because she’d spent her childhood moving around, so at the beginning she’s pretty well convinced horses are better friends than people – a situation not always helped by the de facto “mean girl” of the book, Oakwood Riding Academy team captain.

I’m not sure how to explain this without spoilers but I’m going to try my best: some of the common young adult horse book tropes are seen in Horse Girl, but in many places, the story takes those tropes and turns them on their heads in unexpected ways. Wills loves her lesson horse, Clyde Lee, but ultimately he has to retire and he doesn’t get the typical “fairy tale comeback” sometimes seen in these stories. Amara comes off as a mean girl at the beginning, but readers learn she’s not entirely mean, just the product of an overbearing show mom. Even the mystery notes aren’t from one single person and definitely aren’t all from the boy Wills hopes they’re from.

One of the most truly fun things about the book that also stands the “cheesy horse book” trope completely on its head has to be the footnotes. Throughout the book, there are footnotes explaining real facts about horses at the bottom of the page. So, not only is this a fun read, but also it’s an educational one for those not as familiar with horses! That was probably one of my favorite things, because, well, so many horse books and movies don’t include facts and so many that are “based on a true story” neglect the real story in favor of something more rags-to-riches and Hollywood-friendly.  No, really, don’t get me started on Disney’s Secretariat and how they completely ignored Riva Ridge. Big Red did not save Meadow Stables! Or how Disney in the ‘60s decided to portray Nautical (long-time readers you probably are all aware that I’ve written articles in the past about Nautical!) as an abused ex-cow pony in “The Horse with the Flying Tail.” Nope. Nautical was bred to be a ranch/show horse to the best of my knowledge and he was sold and trained by a succession of notable professional jumper riders of the era before being bought by Hugh Wiley and competing successfully on the USET from 1955-1960! But I digress!

Anyway, back on topic. I’m in my late 20s, so middle school was a while ago for me, but I devoured this book in a day while watching the Land Rover Kentucky Three-Day Event livestream on my laptop! (Wills, despite being fictional, would probably be quite proud of this example of horse girl multi-tasking!) And I found a lot that reminded me of what it’s like to be a horse-crazy kid and I think it actually re-sparked a bit of my own horse craziness, simply by being such a fun read (as a “horseless horse person,” I think some of my passion for horses has gotten a bit muted the last several years from lack of consistent horse access and general adult life getting in the way, haha!).

If anyone out there has to shop for a horse-obsessed late elementary to middle school-aged horse girl, is a horse-obsessed middle school girl looking for a book to read (for real or at heart!), you cannot go wrong with Horse Girl and I think it has the heart and humor needed to become a modern-day classic.