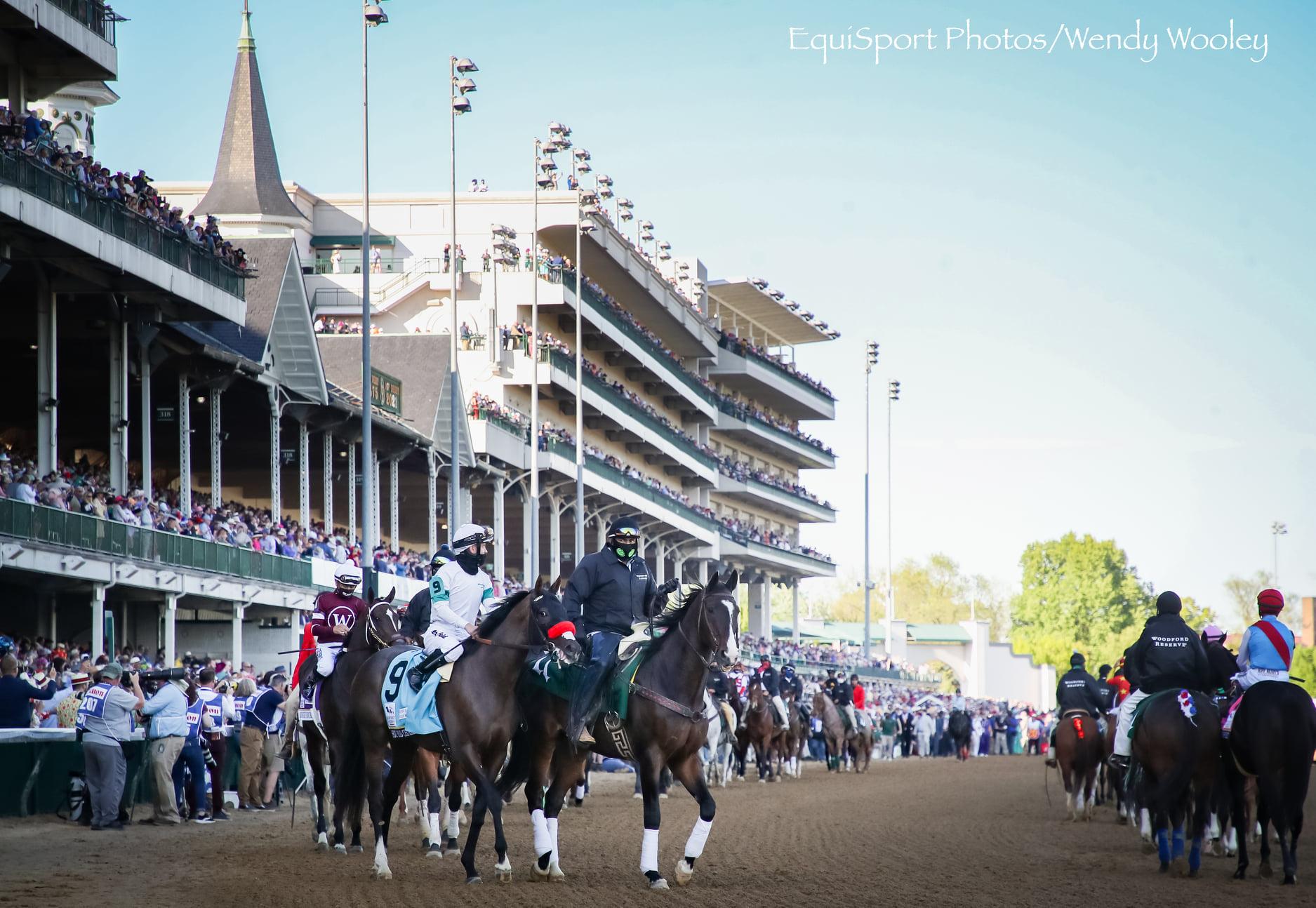 May 4, 2021Sally SpickardSally SpickardComments Off on Put Me in Coach! Champion Racehorse Lava Man Now Ponies Younger Horses at Age 20

We just can’t get enough of Lava Man coaching younger racehorses as they get ready to enter the starting gate.

A photo on social media caught our eye this weekend: none other than champion racehorse Lava Man embracing his golden years and retirement as a pony horse to the young guns at the 147th Kentucky Derby.

At the age of 20, Lava Man has no interest in hanging up his horseshoes. In fact, he’s remained an integral part of trainer Doug O’Neill’s program for many years since retiring from racing. Starting in 2010, he began work as a pony horse and has since “coached” many young, often nervous Thoroughbreds earning their first stripes on the track. This roster of pupils includes 2012 Kentucky Derby winner I’ll Have Another.

This year, Lava Man was the pony for Derby entrant Hot Rod Charlie (who would go on to finish third in the Derby) and pro photographer Wendy Uzelac Wooley says the crowd chanted “Coach! Coach! Coach!” as he took to the track.

Lava Man enjoyed a highly successful career on the track, earning over $5,000,000 and winning numerous year-end awards in California as well as multiple runnings of the Santa Anita Handicap and the Hollywood Gold Cup. And at age 20, it’s safe to say he’s loving life just as much now as he was back when he needed a pony of his own.