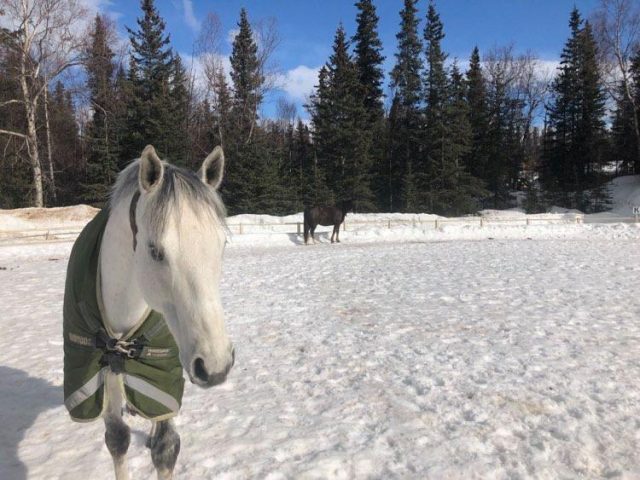 “It may be the end of April, but it finally is feeling like spring here in Alaska. However, much like everything else, Alaska does spring differently. Our spring starts with breakup season.” 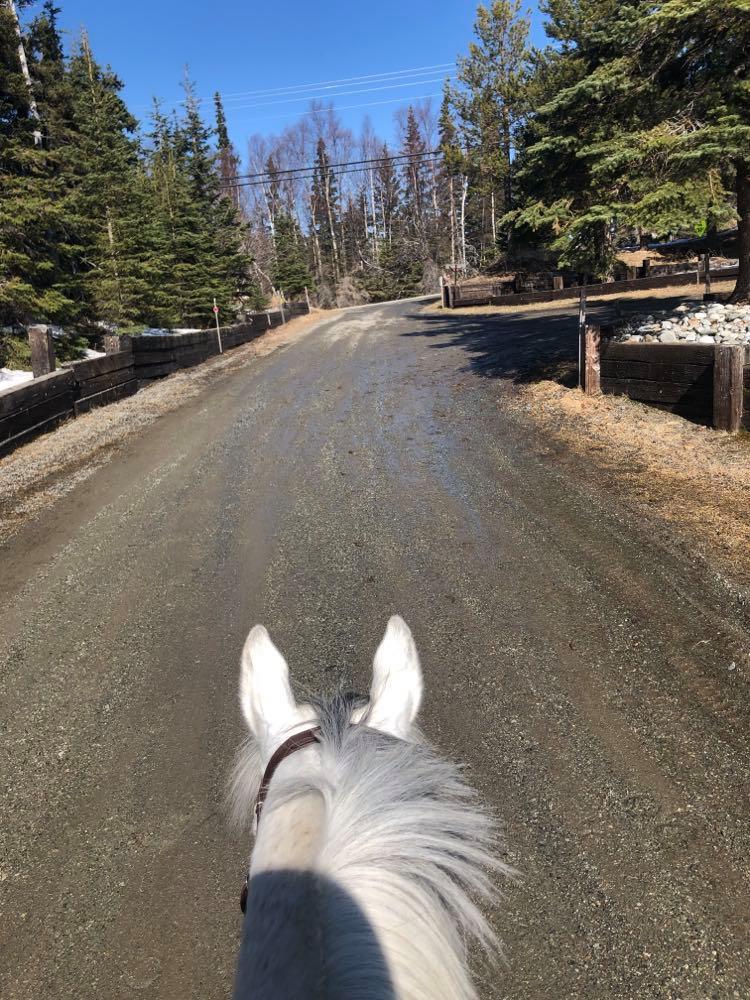 Riding can get creative during breakup season. The dirt driveway hill is great for conditioning when the arena is too muddy. Photo by Allie Carlson

It may be the end of April, but it finally is feeling like spring here in Alaska. However, much like everything else, Alaska does spring differently. Our spring starts with breakup season.

When the concept of breakup season was first mentioned to me I was a bit confused. I mean, who names a time of year for when relationships end and people break up?! Not to worry — breakup season has nothing to do with relationships, though I wouldn’t be surprised if it did end a few. Breakup season is named for the absolute mess created by all of the ice and snow accumulated over a long Alaska winter, very literally, breaking up. It is the average spring challenges on steroids, with occasional snowy days mixed in. 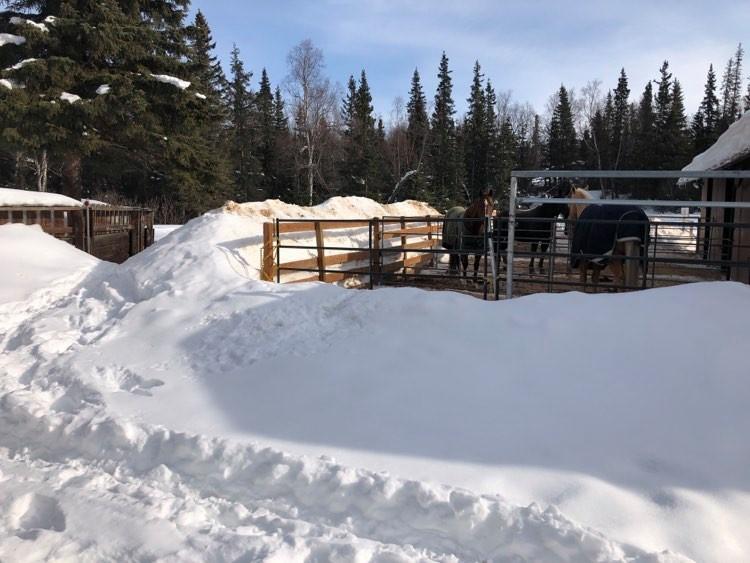 After a winter of shoveling out the horse’s runs the snow piles are over 5 feet tall! Photo by Allie Carlson

As equestrians, most of us have a love/hate relationship with spring. Spring means more daylight, green grass, warmer weather, horse shows and trail riding. The temperatures warm up, and we all get spring fever, excited to don fewer layers and enjoy our time outside. But with spring comes MUD and puddles galore! If your puddles get so big they earn their own nicknames, then you might be experiencing breakup season. It may be an Alaskan term, but I know we are not alone in this reality. To me spring is a bit of a tease really. You get excited to ride and enjoy the great outdoors and — BAM! — the footing is slick or gooey mud and you are spending most of your time battling mud and puddles. 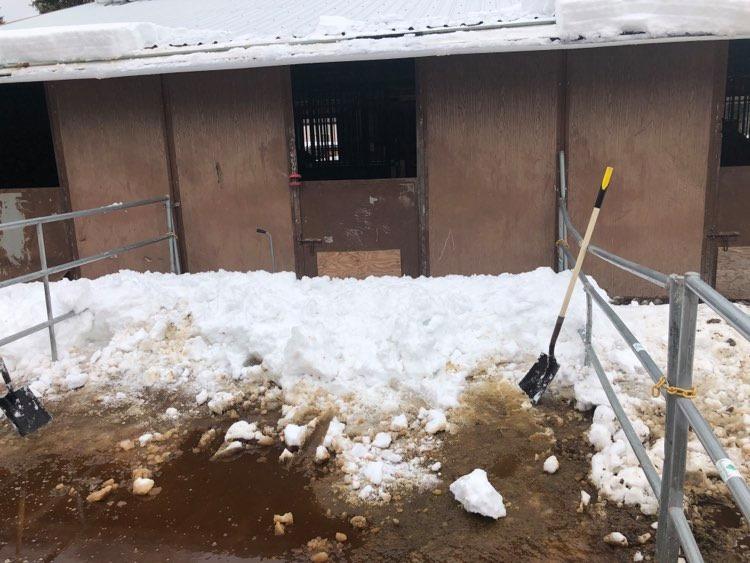 Snow falling or melting off the roof creates big problems in paddocks. Photo by Allie Carlson

The average winter in Anchorage gets about 68 inches of snow, with Northern Alaska getting significantly more. I recognize that this number isn’t actually that large. In fact ,parts of my home state of Connecticut also average 60 plus inches of snow. But, unlike my life in southern New England where the snow typically melted away shortly after its arrival, when the snow hits the ground here, it usually stays. In fact, I am just starting to see grass and dirt after not seeing it since mid-October. The snow might get compacted or have mini melts, but you won’t see grass or dirt until breakup season arrives. This winter wasn’t the coldest winter I’ve experienced, but it stayed almost constantly below freezing, not allowing any mid-season melting and putting us a predicted 7-10 days behind our typical melting schedule and causing breakup season to last longer than usual, and making the fun part of spring even shorter than usual. 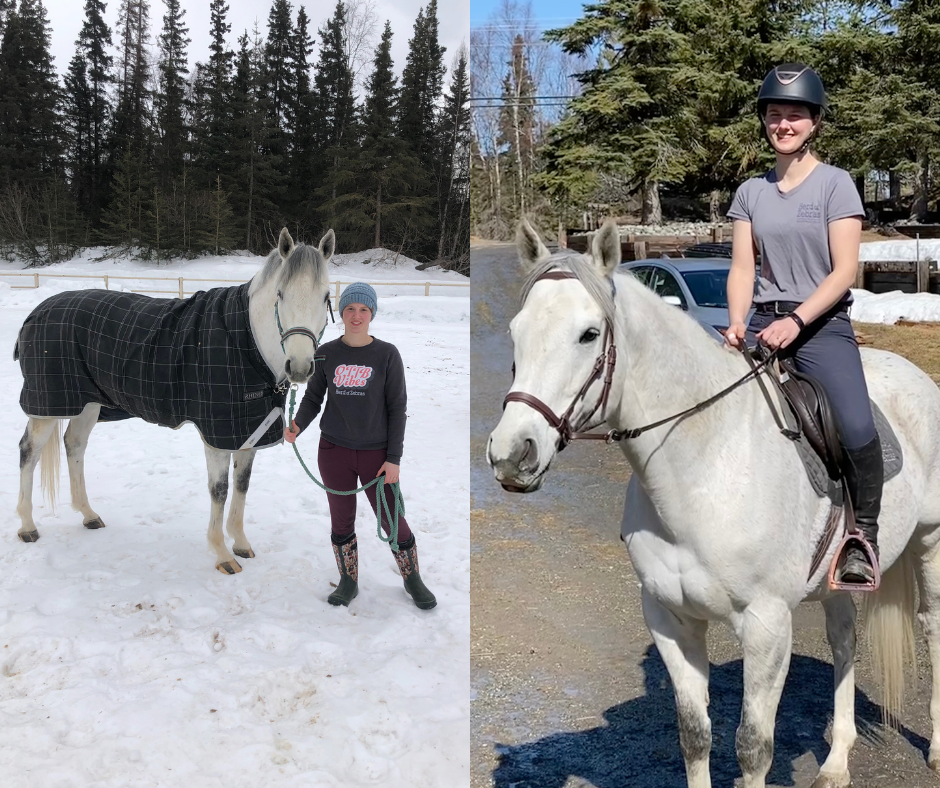 Spring can happen quickly in Alaska. These photos were taken only 10 days apart. Photo courtesy of Allie Carlson

All that long-accumulated snow melting creates some of the largest and deepest puddles I have ever seen. My corgi literally goes swimming in them! We have puddles in the driveway, puddles in the arena, paddocks and even sometimes in stalls. Have you ever had to use a wet/dry vacuum to clean the spring flood out of your horse’s stall? I have. It’s a whole new level of horse parent dedication. 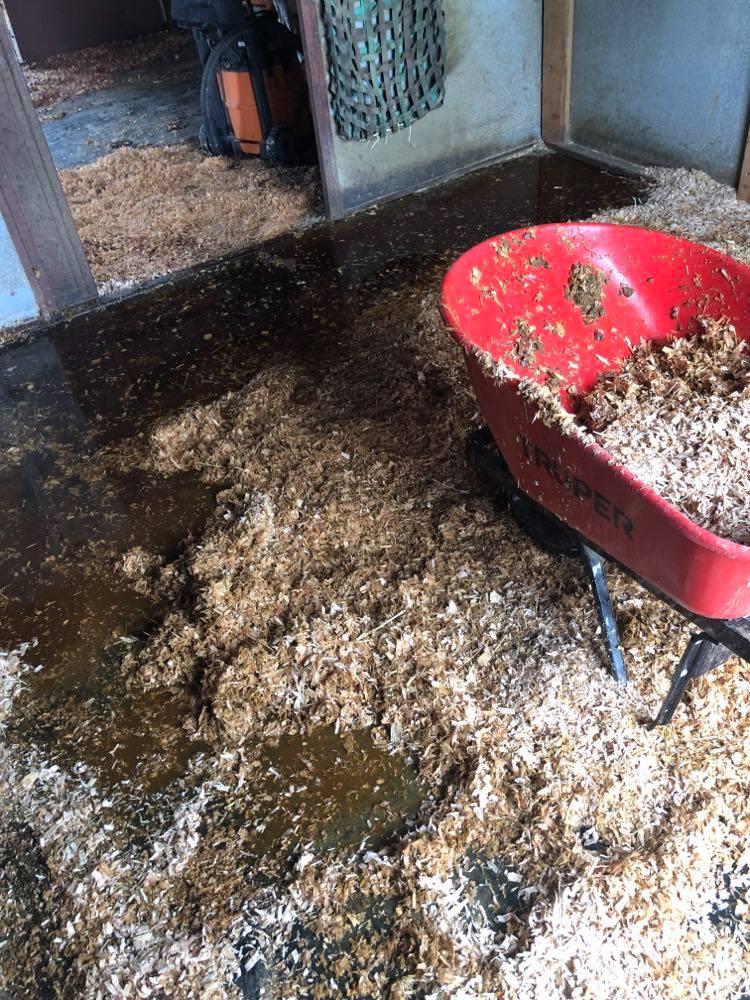 A flooded stall creates a TON of extra work during breakup season. Photo by Allie Carlson

As every equestrian knows you can prepare your heart out for spring, but it still usually brings with it some level of mud and challenges. We shoveled the paddocks after each snow storm, had the massive amount of snow moved away from the paddocks/arena, even roof raked the barn roof when possible, but with the long sustained cold and lots of snow, our best attempts were simply not good enough to avoid the puddles. In fact, riding in our arena currently means riding through frozen slush and my goofball of a horse jumping over small streams that have formed from the runoff of all of the compacted snow. We also spend a lot of time digging trenches to help the water flow away from vital areas like the paddocks attached to our horse’s stalls, or out of the arena. 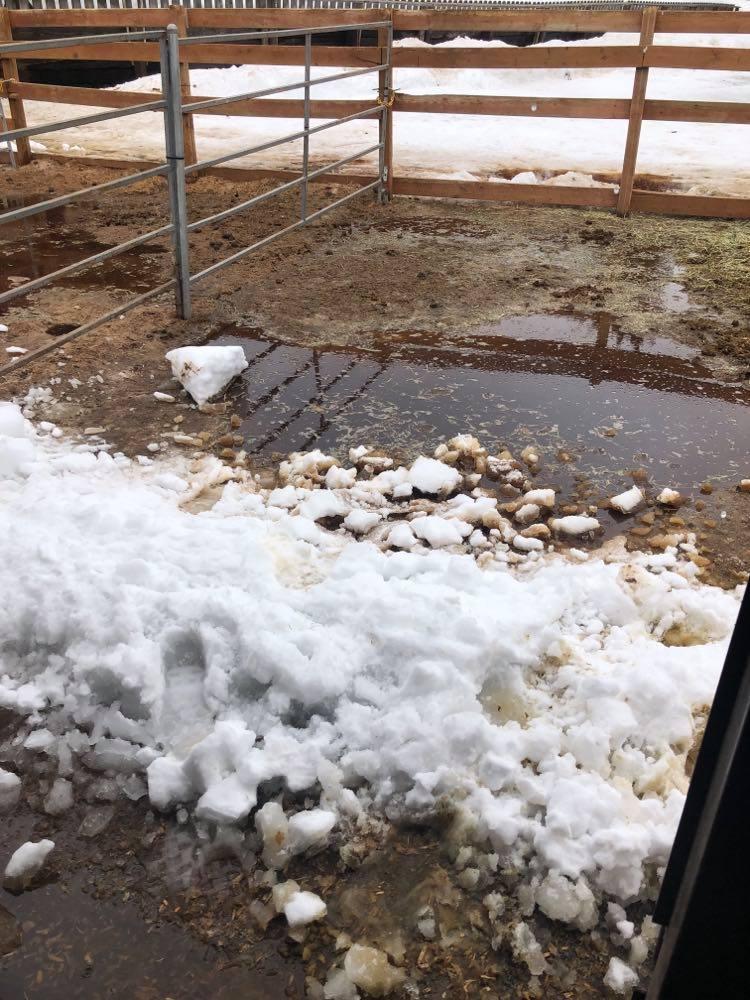 A flooded paddock that connects to one of our stalls. Photo by Allie Carlson

Breakup is not for the faint of heart, the mess it creates forces me to spend less time in the saddle just as the temperatures become warm enough that riding is fun again. But it breathes life and green grass into the snowy spring landscape of Alaska.