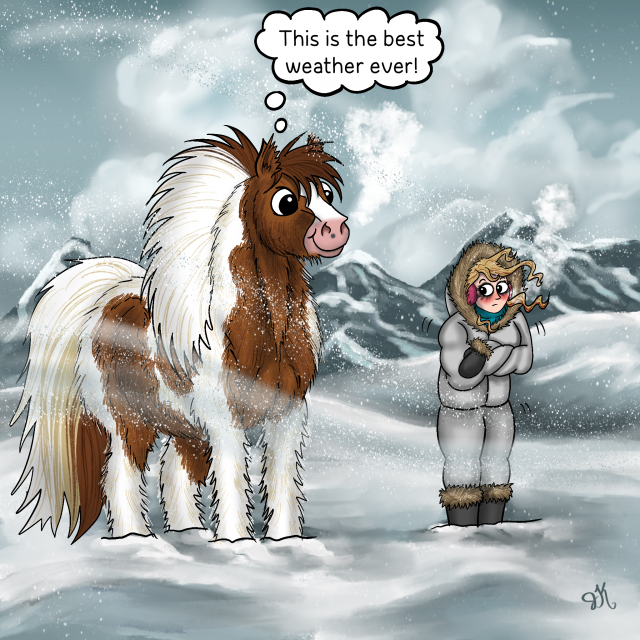 Ever seen a draft-sized Shetland pony?

Or, at least, it has been for me. Gibson, on the other hand, has always thrived in frigid temperatures thanks to his built-in, eight layer, thermo-regulated, heavy-duty insulation gear. 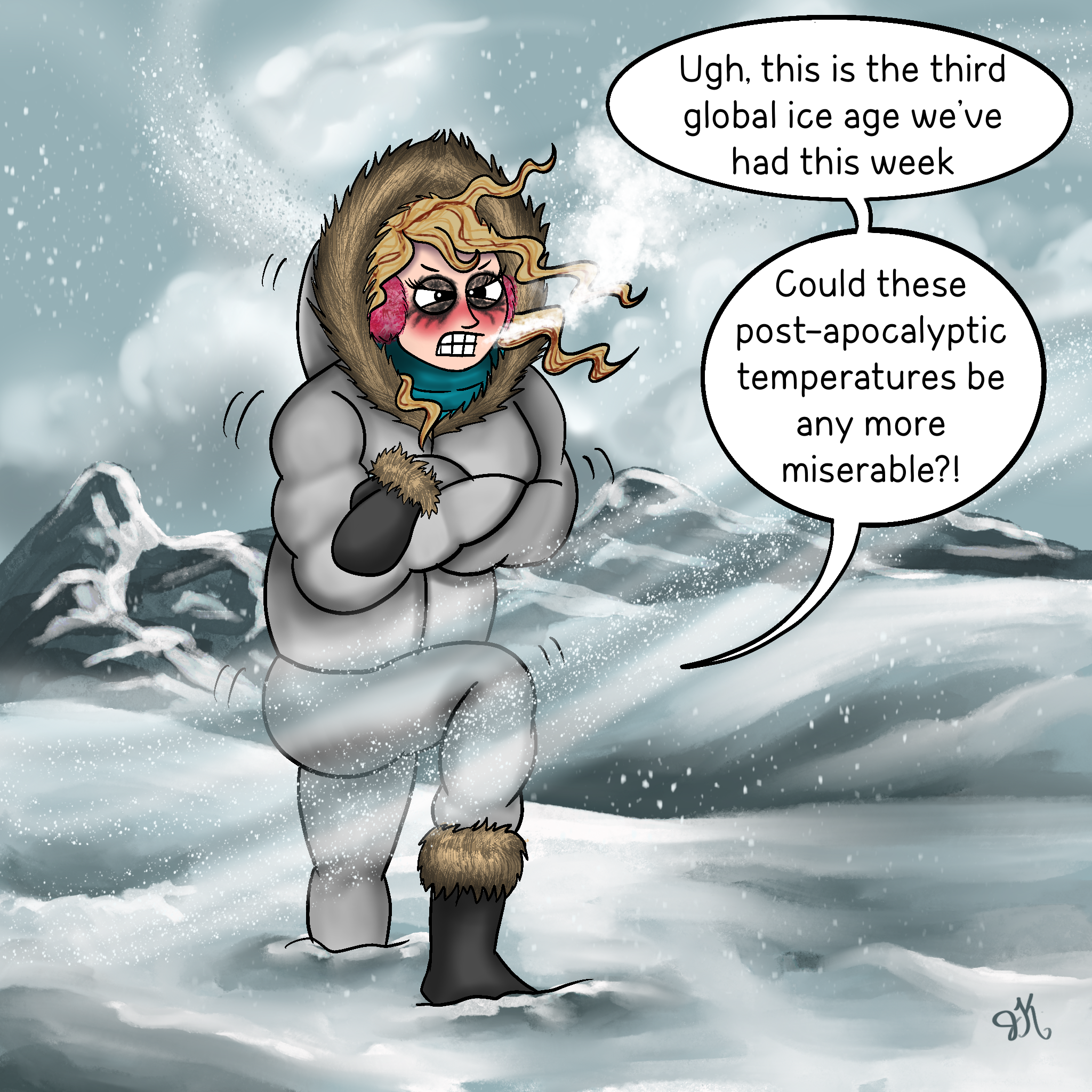 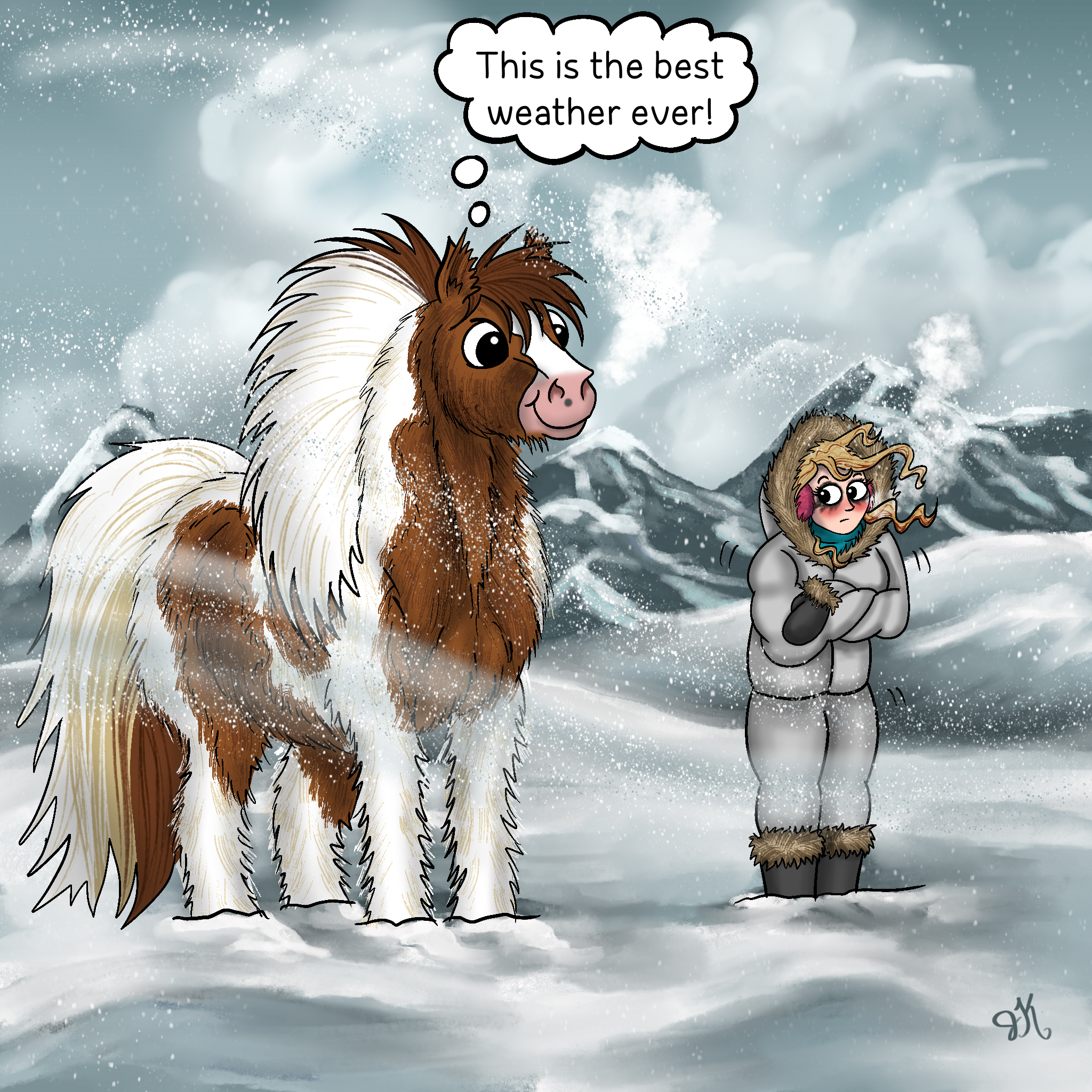 The only logical thing to do here is to snuggle your extra-fluffy friend for warmth, of course.