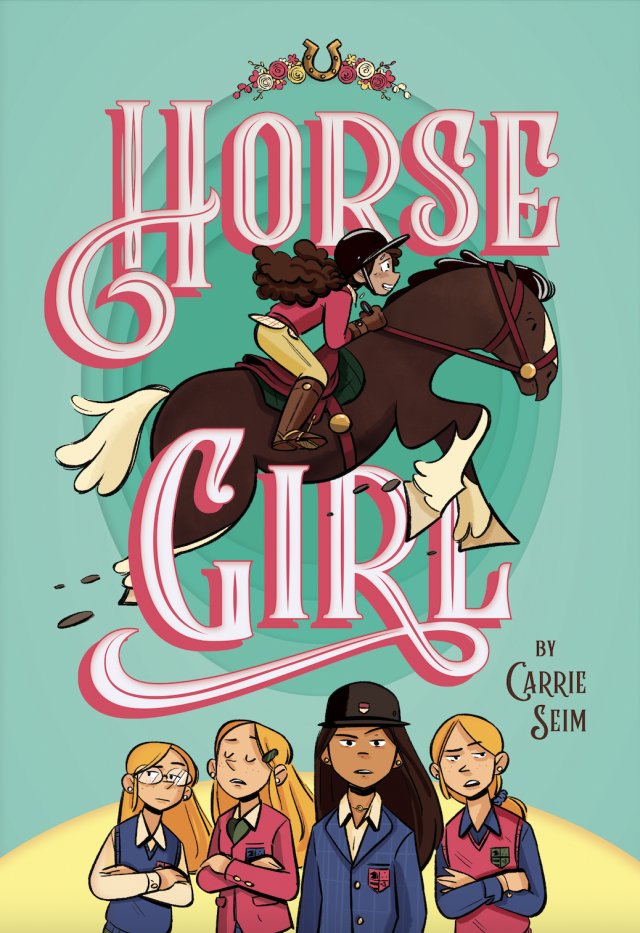 “Much like riding a horse, I had to learn to change gaits and adjust my rhythm, savoring the details and quiet moments in scenes, as well as the snappy dialogue and fast-paced moments that I love to write.” 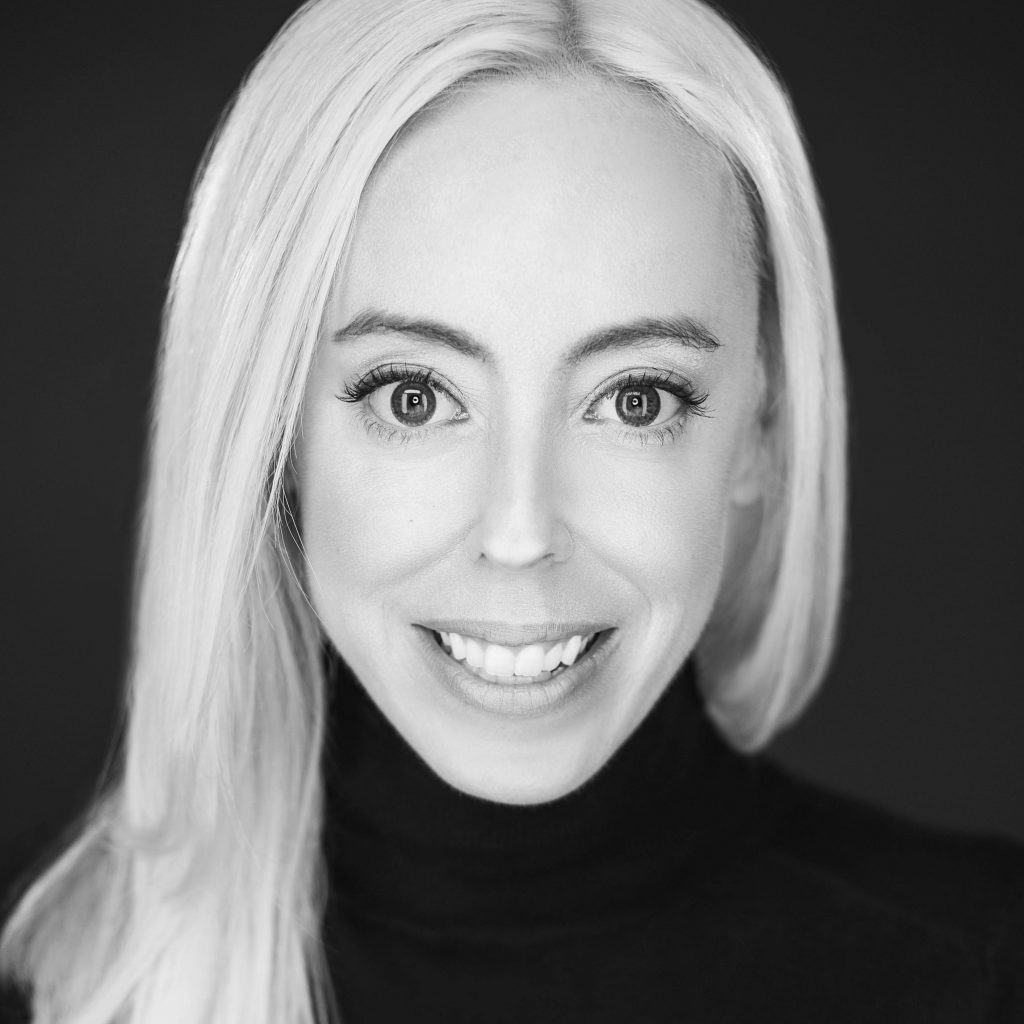 “My literary inspirations for this book include ‘Black Beauty by Anna Sewell, ‘King of the Wind’ by Marguerite Henry, all of the ‘Saddle Club’ and ‘Thoroughbred’ books, Jane Smiley’s many stunning horse books (for both adults and for children) and, of course, the movie ‘Mean Girls,'” said Horse Girl author, Carrie Seim, in an email interview.

For Seim, the book is “a love letter to my sister, Lindsay, who spent much of our childhood riding horses at an equestrian center in Omaha [NE] while I watched her from the stands, trying not to have a sneezing fit from my allergies – I love riding horses, but this was pre-Claritin, so my parents planted me in piano lessons while she got to jump horses and learn dressage. We’re the daughters of teachers, so we obviously couldn’t afford our own horse, but her favorite ‘stable horse’ was a Clydesdale/Thoroughbred mix named Clyde Lee. Clyde was the absolute best – a gentle giant – and he was the inspiration for the ‘horse-tagonist’ in my book! My sister and I were both absolutely horse crazy as kids. We begged our parents to go to summer camp because we found out they had a ‘Silver Spurs’ horse-riding club. At home, we devoured ‘Black Beauty’ and ‘Misty’ and ‘King of the Wind’ and spent hours watching Olympics show jumping that we taped on VHS and played over and over again in the VCR. We were definitely those girls who designed horse jumping courses with broomsticks in our backyard in Nebraska, tried to force our dog to jump them, then ended up jumping the course ourselves, ha! These days I still go on trail rides as often as I can and have loved meeting so many majestic [steeds] while researching ‘Horse Girl.'” 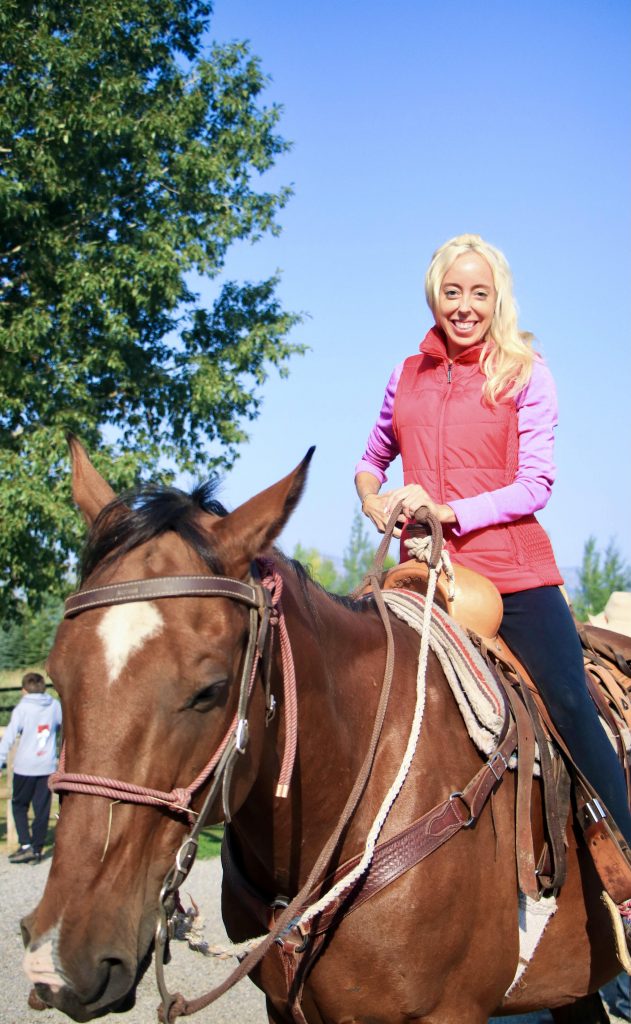 The idea for the “Horse Girl” started as a title before becoming a story. Seim elaborated, “the actual ‘aha’ moment came in the most bizarre place – a canoe in the middle of the Long Island Sound. A friend from college had just finished building this incredible wooden boat and he invited a few friends to join him for a paddle. One of the other guests happened to be a children’s book editor at Penguin Random House. While we were paddling away, I mentioned I’d written for Nickelodeon and performed at The Groundlings comedy theater in Los Angeles. He [editor guest] lit up and asked if I had any ideas for a ‘funny book for girls’ and for some reason I blurted out, ‘Horse Girl!’ I had no clue what the book would be at that moment but the idea sort of galloped away from there!”

“Horse Girl” is Seim’s first novel – she’s written comedy sketches and articles before and did an adventure series “Flying Flamingo Sisters,” for Audible, which she described as “sort of a hybrid of a book and a script,” previously. The timing was, “interesting” per Seim, who elaborated, “I actually wrote half of ‘Horse Girl’ before I got the offer to write ‘The Flying Flamingo Sisters,’ which had a quicker deadline and somehow I said yes to both! I do not recommend this, by the way,” she wrote jokingly, explain that she wrote about two books while juggling her day job as a magazine editor over the course of a about a year. “Again, I do not recommend this approach,” Seim joked. “Tears were shed! But I’m so lucky that I have a deeply supportive family and best friends who encouraged me when I became overwhelmed and was tempted to quit. Their faith in me and my primal fear of missing deadlines is the only thing that kept me going. I mention this because it was really hard to write a book, even as a professional writer, but I went ahead and did it anyway – I hope anyone who’s reading this who wants to write their own book will go ahead and do it anyway, because it’s so rewarding. But maybe just write one book at a time!”

Seim compared writing “Horse Girl” to riding a horse: “Much like riding a horse, I had to learn to change gaits and adjust my rhythm, savoring the details and quiet moments in scenes, as well as the snappy dialogue and fast-paced moments that I love to write. On top of all that, I had to really dig into researching the horse world, because I wanted to nail the details — I consulted riders, trainers, vets, Breyer collectors, the ‘Encyclopedia of Horses & Ponies,’ you name it. My protagonist, Willa, is a novice rider, so it felt appropriate that I was learning all about horses at the same time she was.” 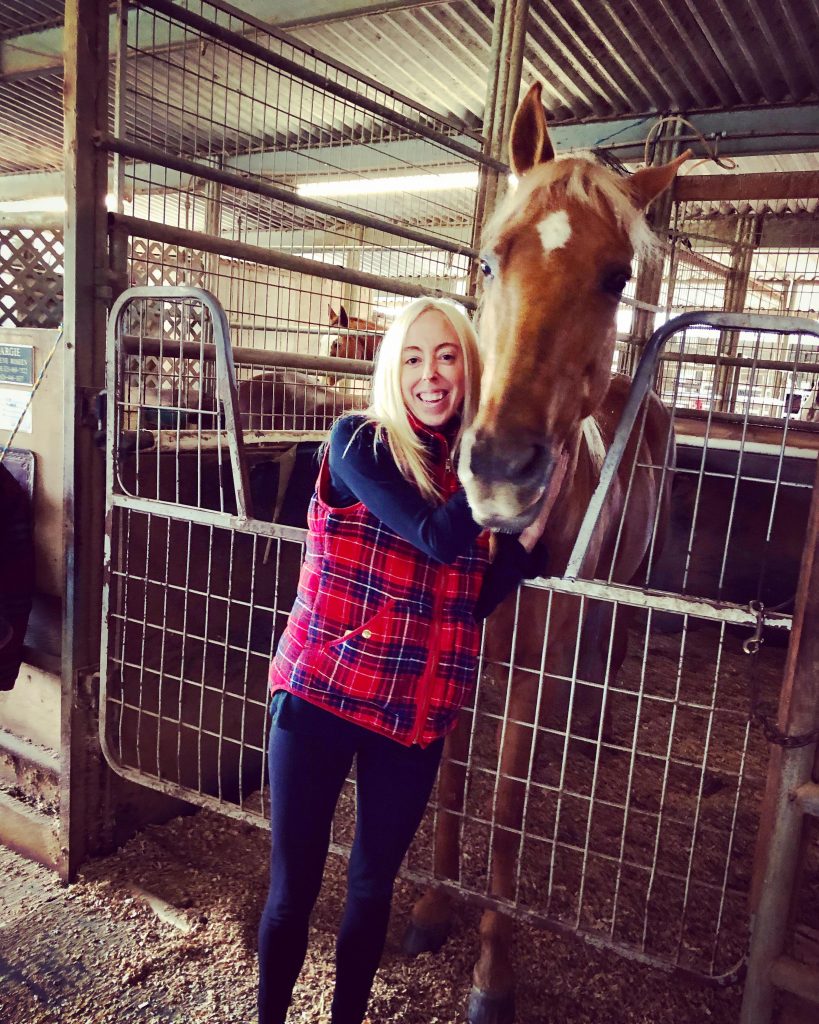 The best part of the writing process? “Meeting so many kind, passionate and generous horse lovers! The horse people of the world really do share such a special connection and empathy — perfect strangers would bend over backwards to help me when they found out I was writing a book called ‘Horse Girl.’ It was incredibly moving and inspiring.” For Seim, success as a writer, whether it’s a horse novel, dating essay or comedy script, comes down to “being a passionate storyteller who loves her characters and isn’t afraid to laugh at herself – I hope I’m able to tell all these stories with humor, compassion and a little mischief!” Her hope is that equestrian readers, “get a good laugh from the scenes involving stubborn horses, disastrous jumps, snobby stablemates, stress sweat and all the awkwardness and exhilaration that comes with being a new rider — or a newcomer to any group,” and that all readers connect with the larger themes, “feeling like you don’t belong, desperately missing someone you love gathering enough courage to face your fears, and searching, for as long as it takes, until you find your ‘forever herd.”

“Horse Girl” will be translated into Swedish, Norwegian, Finnish and Czech and Seim hopes it’ll be translated to more languages down the line. She auditioned and was selected to narrate the “Horse Girl” audiobook and plans to attend Breyerfest virtually this summer to promote the book – “I’ve been reading about it for years,” Seim said of Breyerfest, “and am absolutely thrilled that I’ll get to be a featured seminar speaker this July!” Seim’s Breyerfest seminar will be about writing your own horse book, and she’ll give lots of technical tips and practical advice on both the writing and the publishing process. “Horse Girl” has gotten strong advance reviews and Seim’s Audible book, “The Flying Flamingo Sisters” became an Audible best seller and New York Times pick for “best audio books for kids” last year. Now that Seim has finished “Horse Girls,” she says she’s “eager to start taking riding lessons again – a 2021 resolution!”