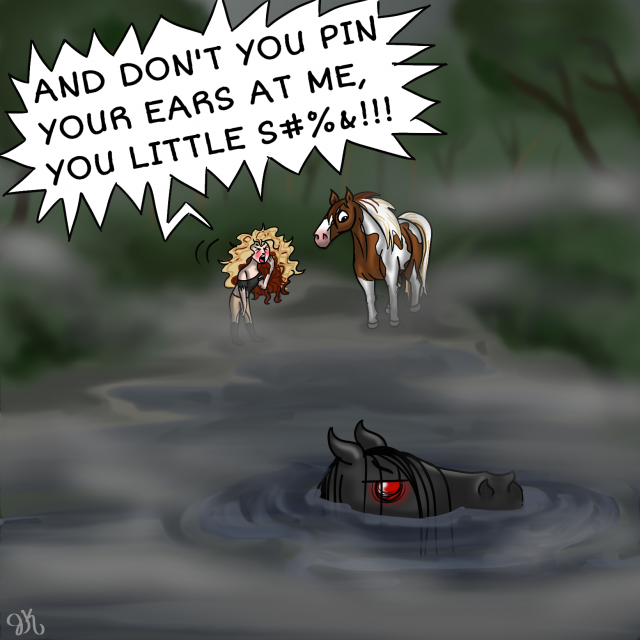 Before the End of Days, I just thought that kelpies were a cool, creepy, and shamefully underrated Scottish folklore creature. Turns out Armageddon released a bunch of mythological beasts in addition to the Biblical ones. After all, it only makes sense that aquatic, carnivorous, equine-shaped demonic entities would be part of a post-apocalyptic society.

But what happens when a kelpie encounters a seasoned equestrian? You know, someone who’s not only been jaded by living through Armageddon and is not in the mood to be drowned and eaten, but also has a lifetime of dealing with bad-tempered horses charging at them and at this point has Had Quite Enough?

Is it enough to survive the confrontation? 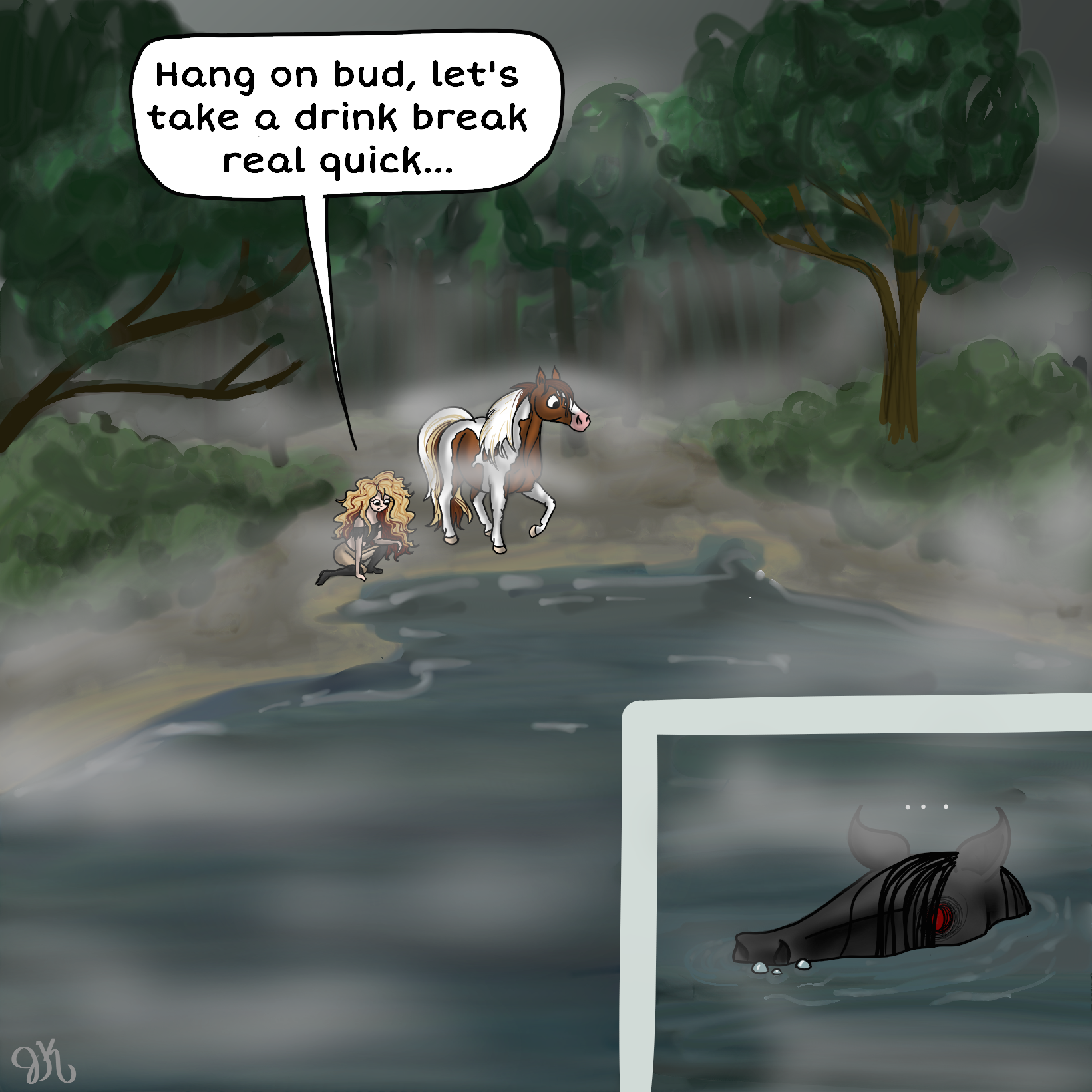 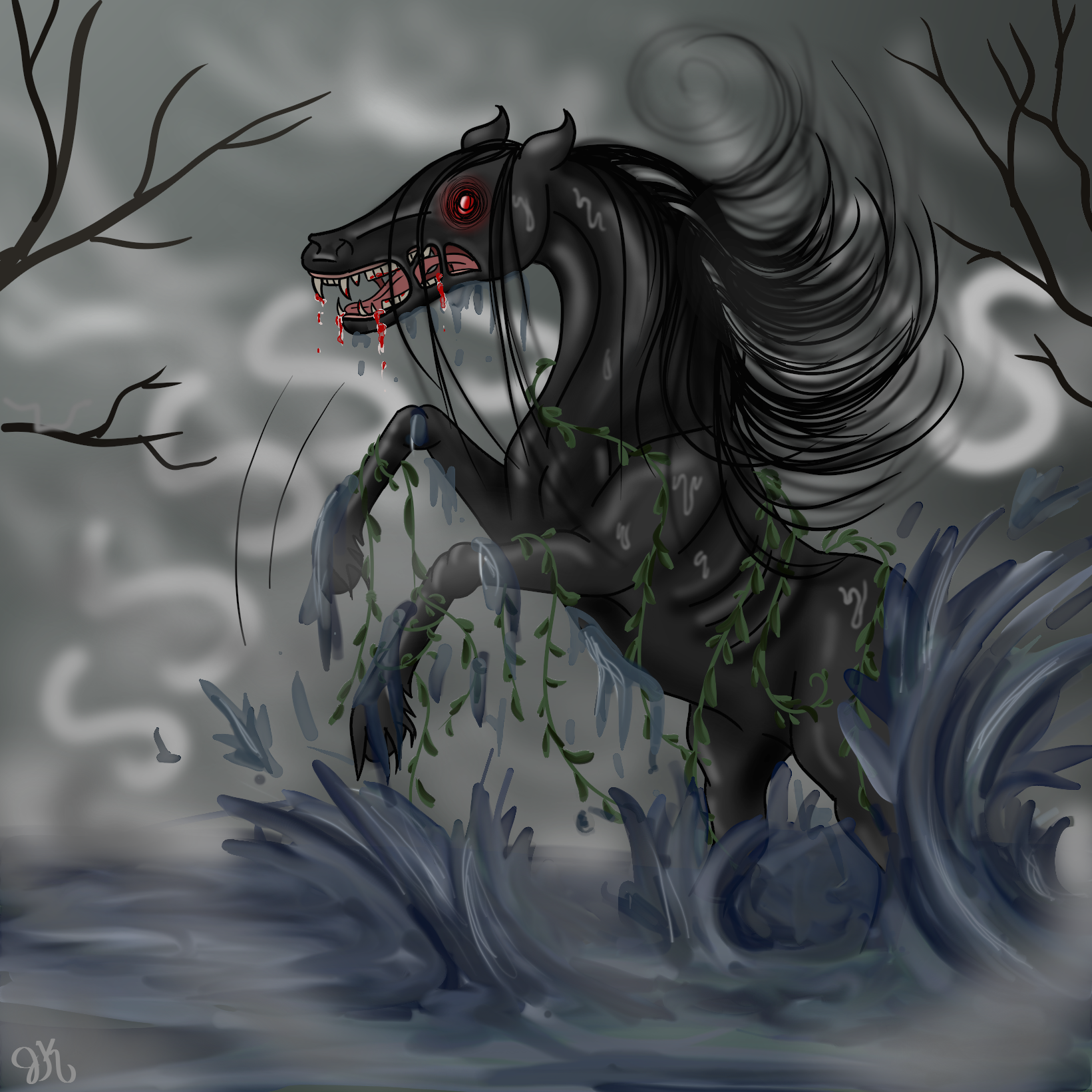 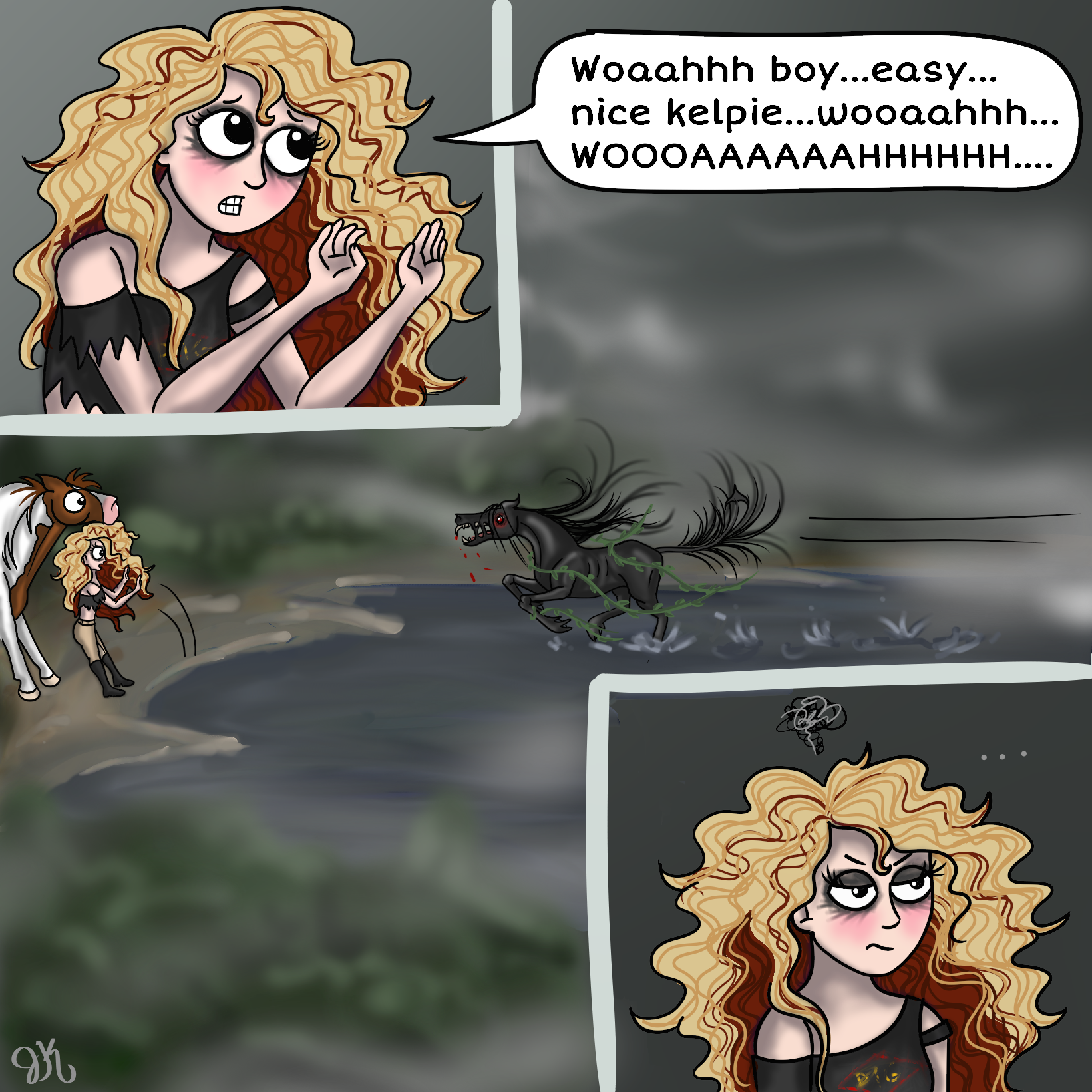 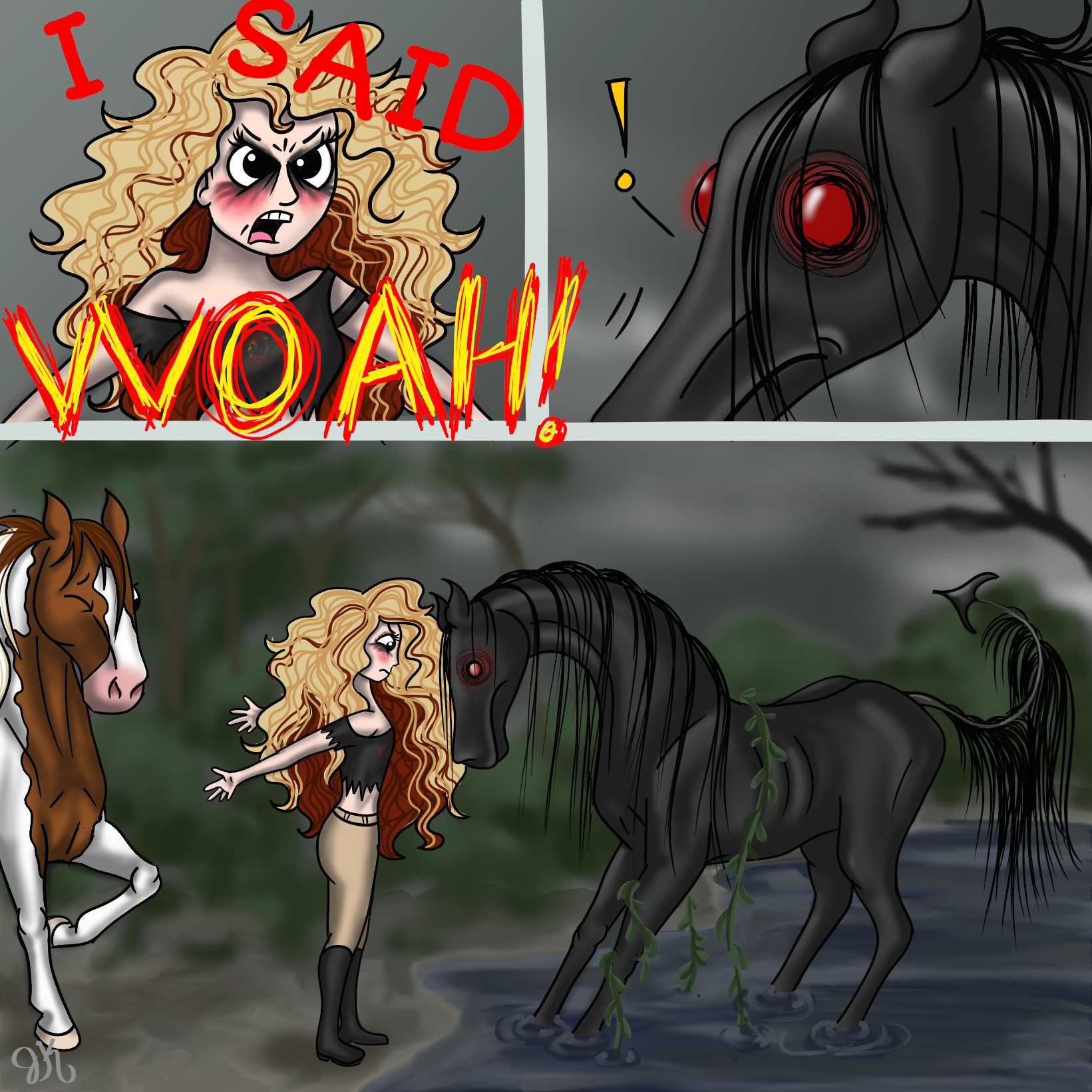 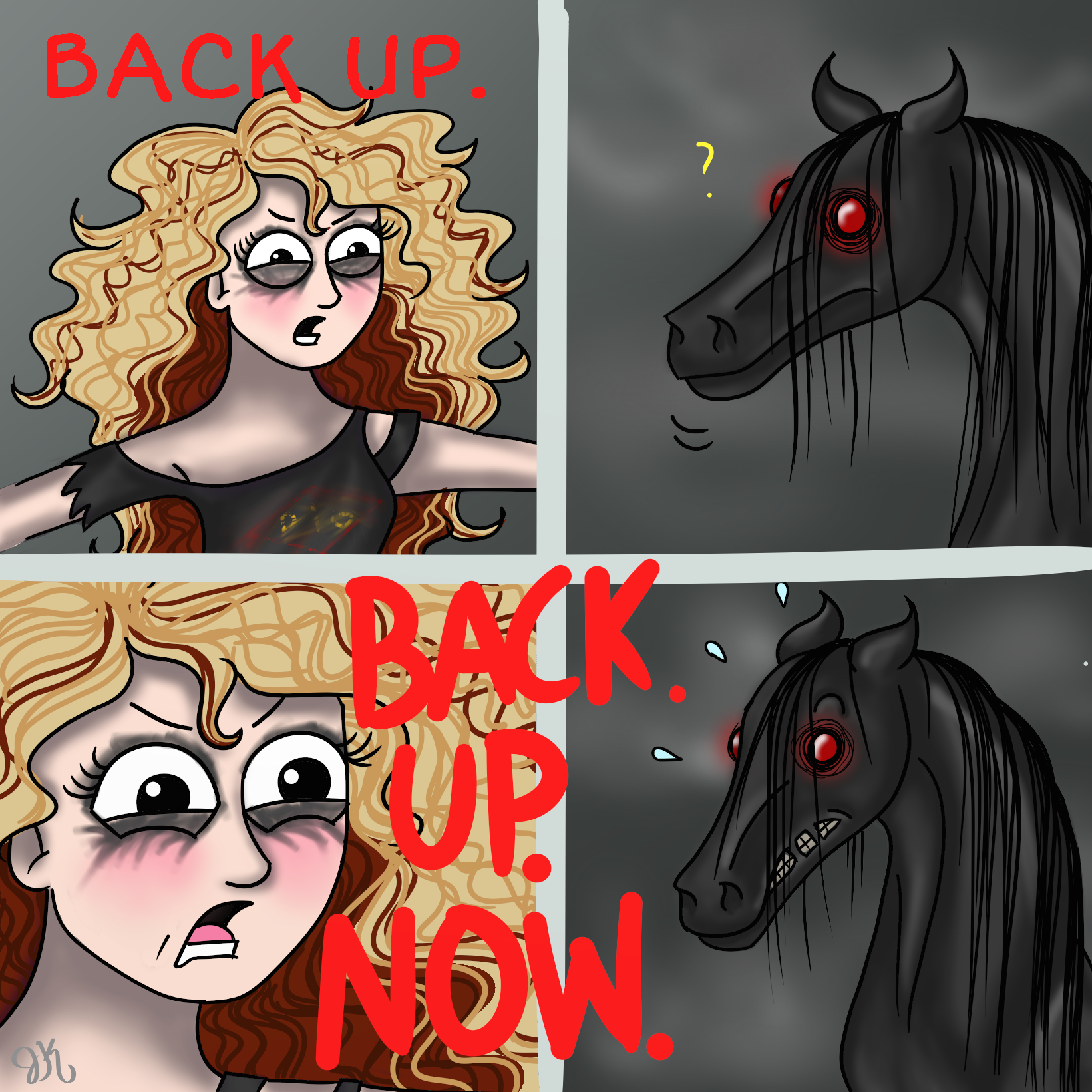 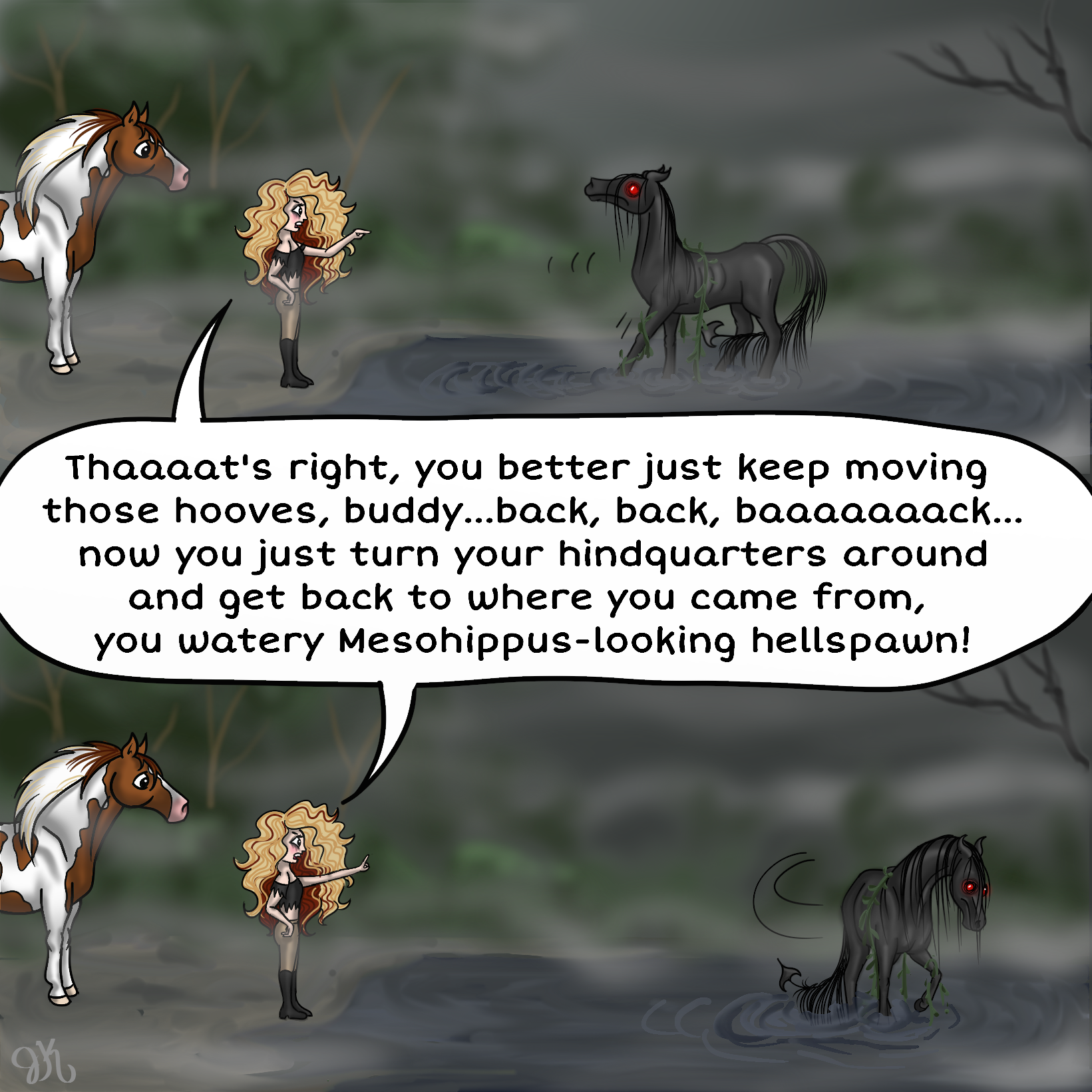 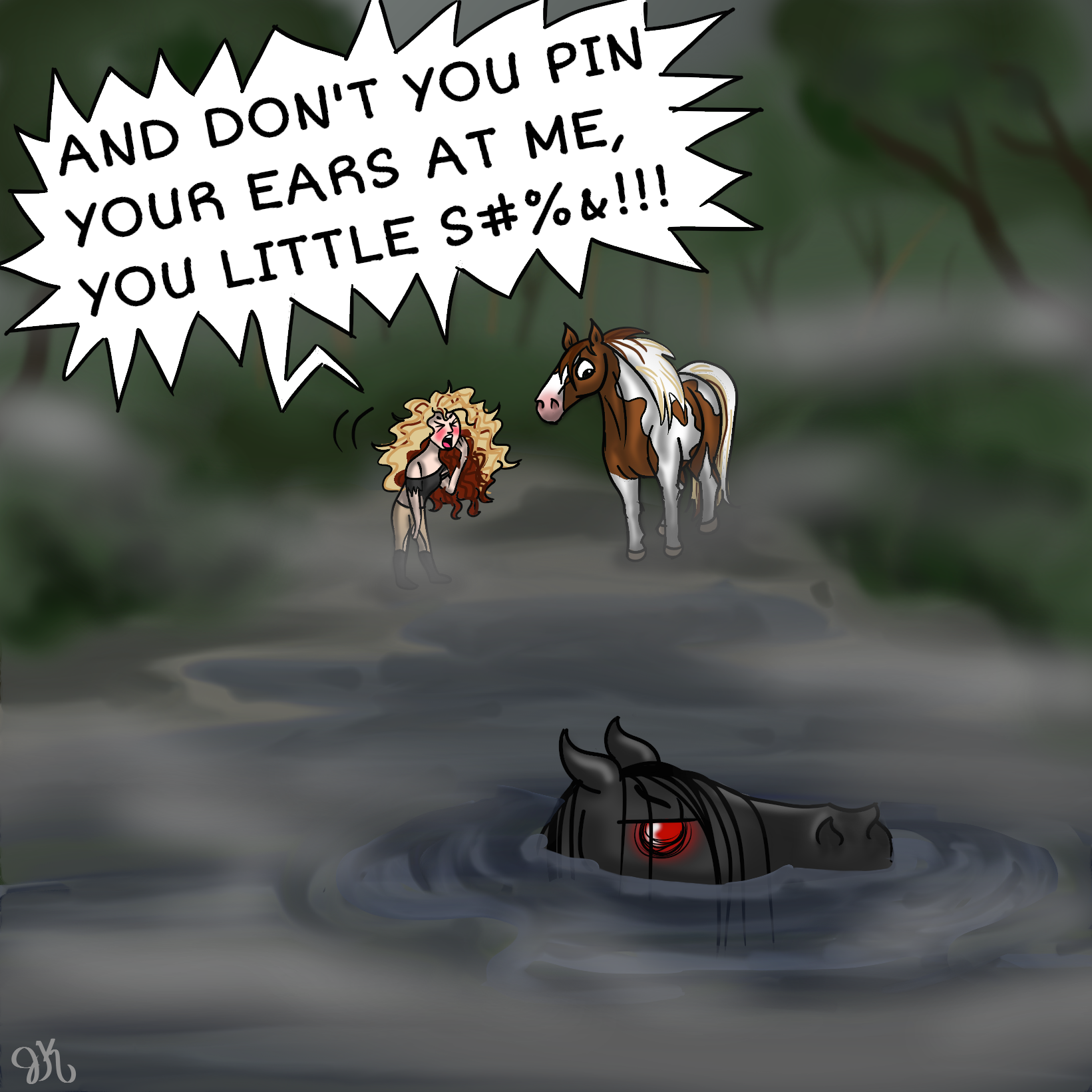 Pro tip: Stand your ground and under no circumstances let the horse (or kelpie) know that it’s bigger than you.