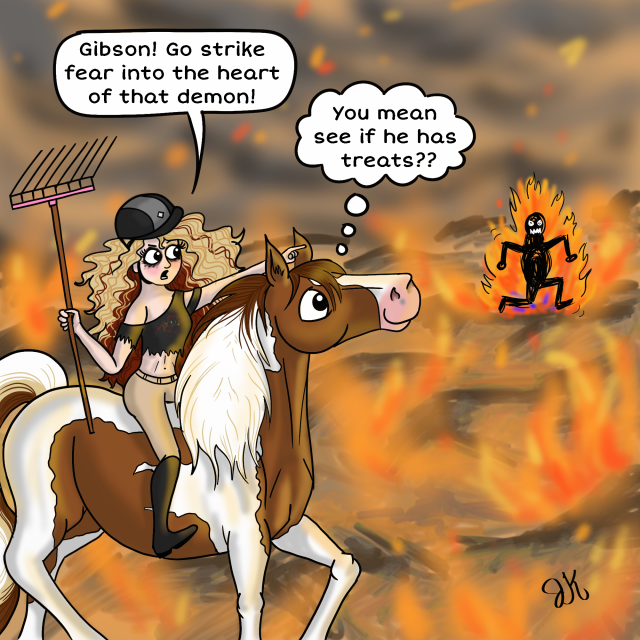 …And Your Enemies Closer

Gibson, having never actually seen himself in any sort of reflective surface, has no way of knowing that he is not, in fact, a large golden retriever. Consequently, he makes it his personal mission to befriend everyone and everything he meets.

His extra-lovey, extra-extroverted personality was cute before Armageddon hit. Unfortunately, it doesn’t translate too well into any sort of post-apocalyptic survival skill. 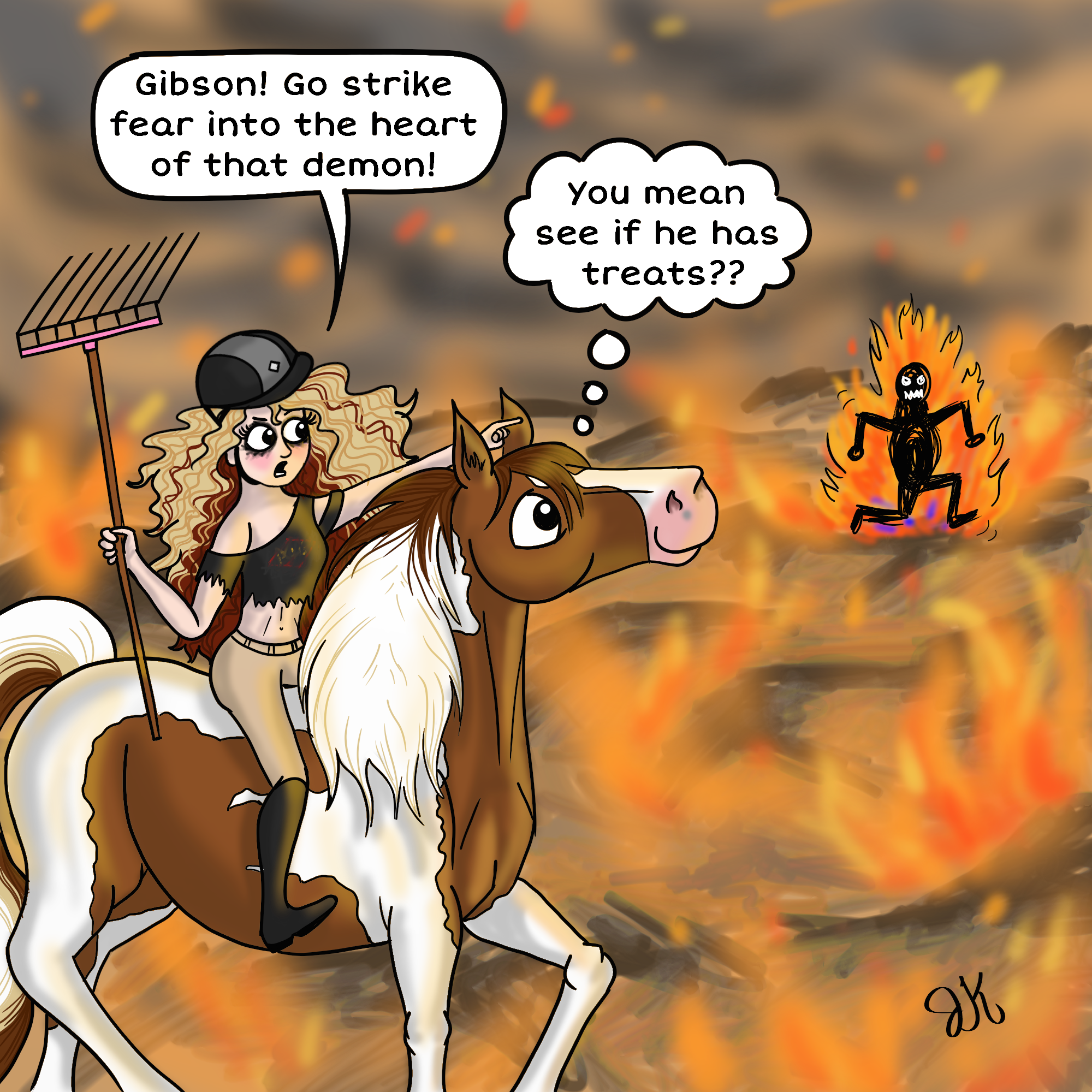 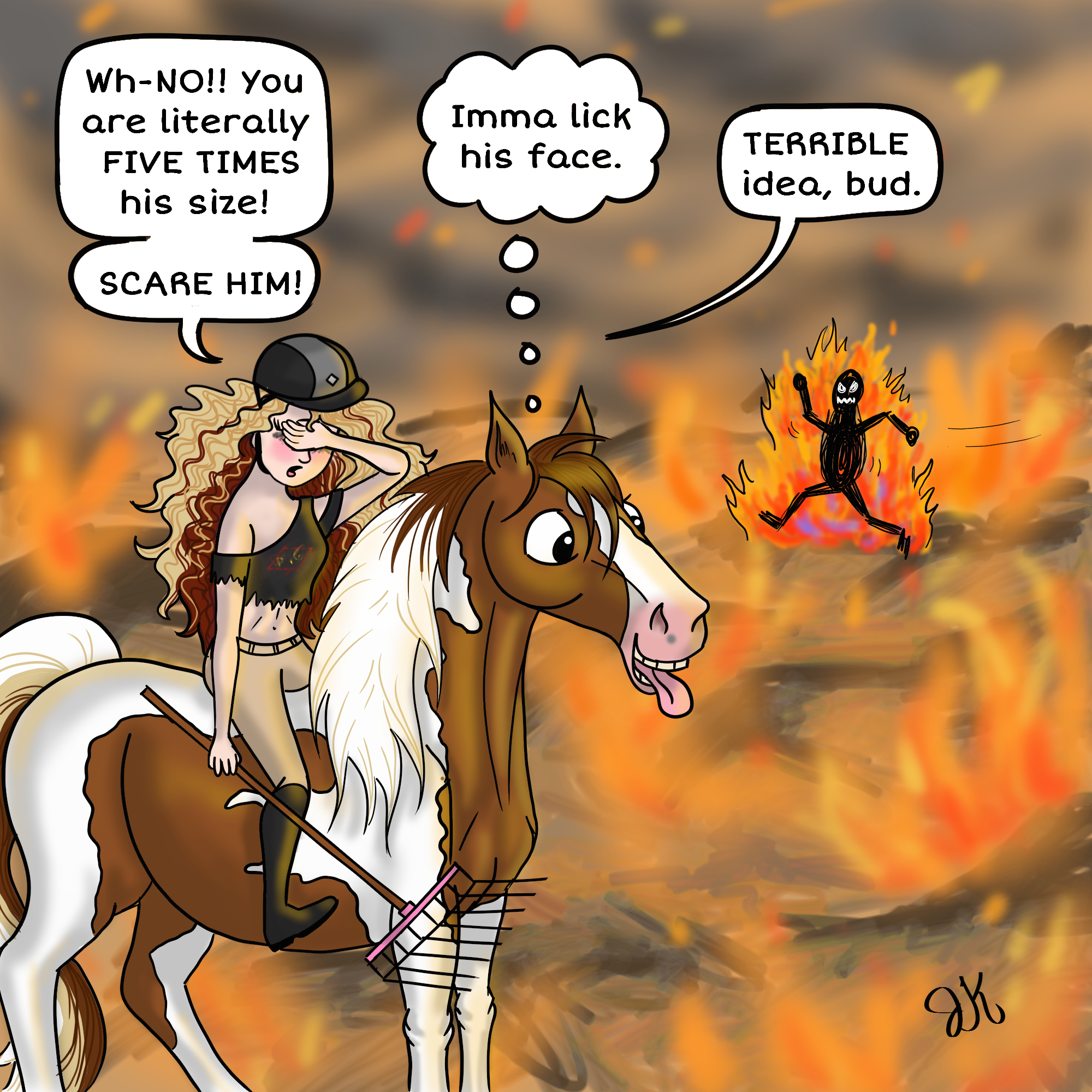 Jenny Kammerer is a professional artist, video producer and frustrated Philadelphia sports fan who’s been in the saddle since the age of four. When she was 16, she met her Paint/QH/Draft cross Gibson (aka Guitar Solo) as a green two-year-old, and quickly settled into the training side of equestrianism, drawing inspiration from the techniques of Pat Parelli and other natural horsemanship teachers. Known for most of her childhood as both the awkward artsy one and the weird horse girl, she always seemed destined to draw nonsensical horse cartoons. In addition to her independent illustration work, she currently teaches painting classes at Paint With A Twist and produces short-form documentaries that can be seen on www.Horse.TV. You can follow her personal art projects and stay up-to-date on Gibson and the Apocalypse on Instagram: @JennyKammArt