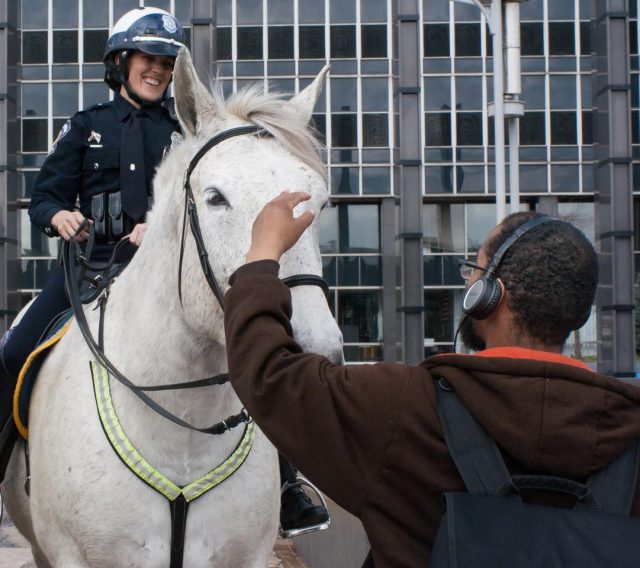 The Indianapolis Metropolitan Police Department relies on private donations for all of its funding, and now it’s working on funding a new facility to replace its current one, which is over 20 years old. 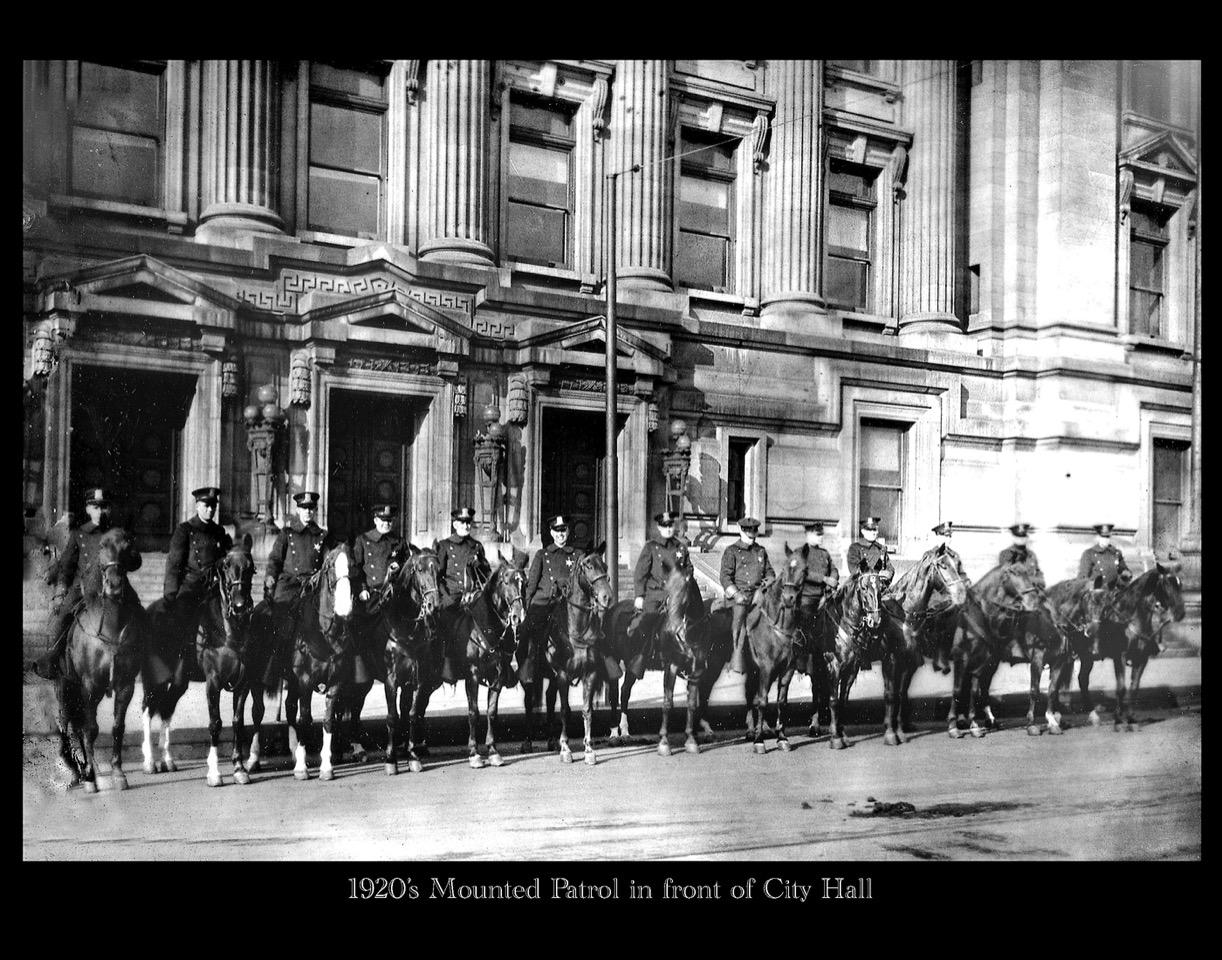 As mounted police units around the country, including Washington D.C.’s, disband, the Indianapolis Metropolitan Police Department (IMPD) mounted patrol is relocating. The city of Indianapolis gave them 20 acres adjacent to the unit’s current base. But, the unit needs an estimated one million dollars to build the new facility and set up a maintenance fund.

IMPD mounted patrol’s current facility is in Central Greens, which used to be the site of Central State Hospital – the unit has been there for over 10 years. During that time, the city has been developing the area and a new road encroached on the horses’ turnout area. Chris Golightly, IMPD Mounted Horse Patrol Association Executive Director, stated that the stables are in good shape, but the unit’s offices are “20-plus-year-old construction trailers that leak. They have to store tack and equipment in a 20-plus-year-old semi-trailer that leaks.” The goal is to build a single 12 to 14 stall barn with offices, a tack room and indoor riding arena. While the unit can stay at the current facility for up to two years, Golightly indicated upcoming development means it’s paramount to get the new facility up by spring 2021. “We’re really getting squeezed,” he said. 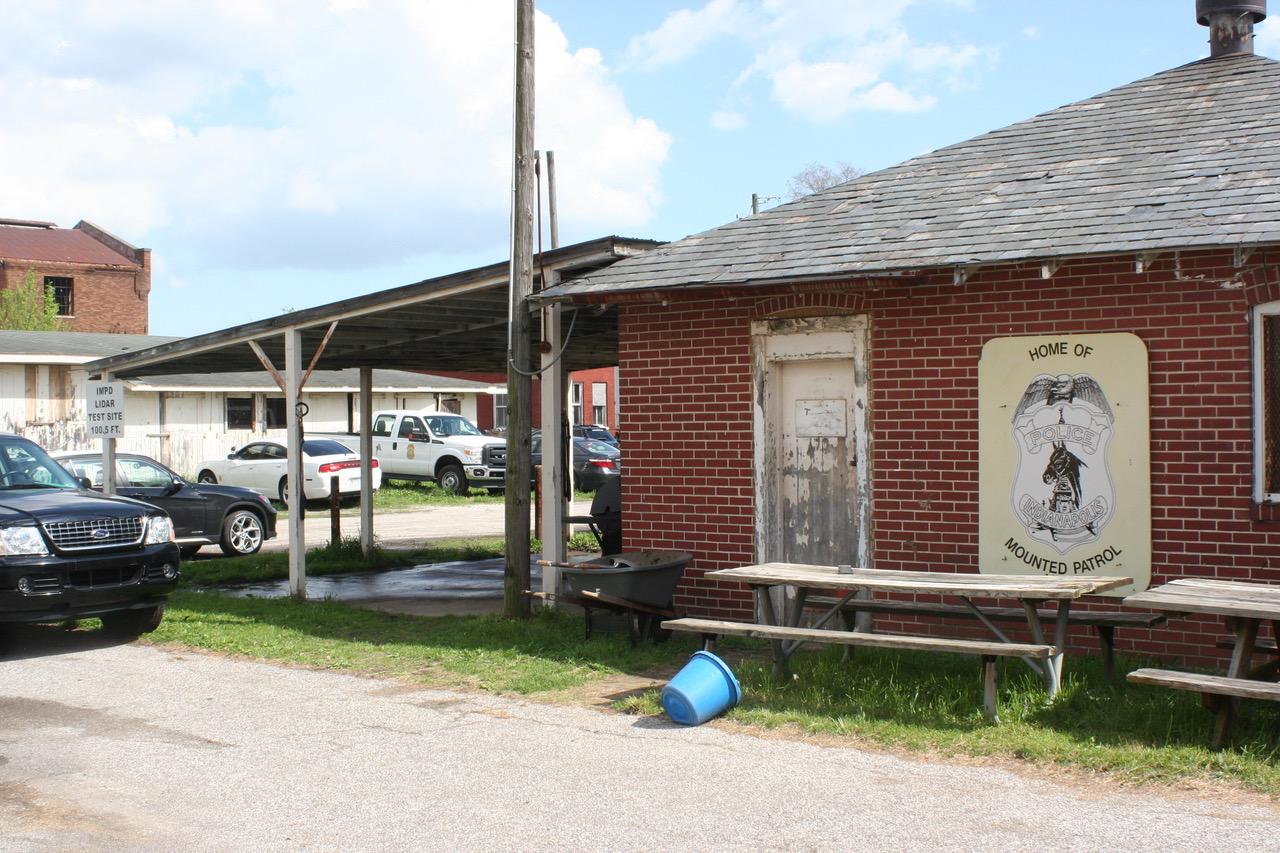 As of August 24, Golightly said the IMPD Mounted Horse Patrol Association had raised about 35% or $350,000. Over $30,000 was raised at a recent fundraiser polo match organized by the Hickory Hall Polo Club. Caesar’s Entertainment announced a $50,000 donation August 28. The IMPD Mounted Horse Patrol association is a 501(c)(3) non-profit and, per Golightly, “no one on the board, including me, gets paid a dime.” All donations are tax deductible. He added that people often assume the IMPD mounted patrol is fully taxpayer funded – that’s not the case.

“Our association receives no public or tax dollars, it’s all private donations,” Golightly explained. “If you remove the officer salary from the equation, the mounted patrol unit only costs the city about $50,000 a year – which is pennies compared to the whole public safety budget. We [the association] buy all the horses. The city doesn’t invest a dime in the horses. That’s all the association, pay for their tack, training, related expenses to training [e.g. travel, gas, hotel] – all of that is us. We provide a real financial resource for this unit and the city. Some cities don’t have an association like us and what we’re seeing is a lot of cities are cutting their mounted patrol. Those cities don’t have [a] robust association or any association at all.” 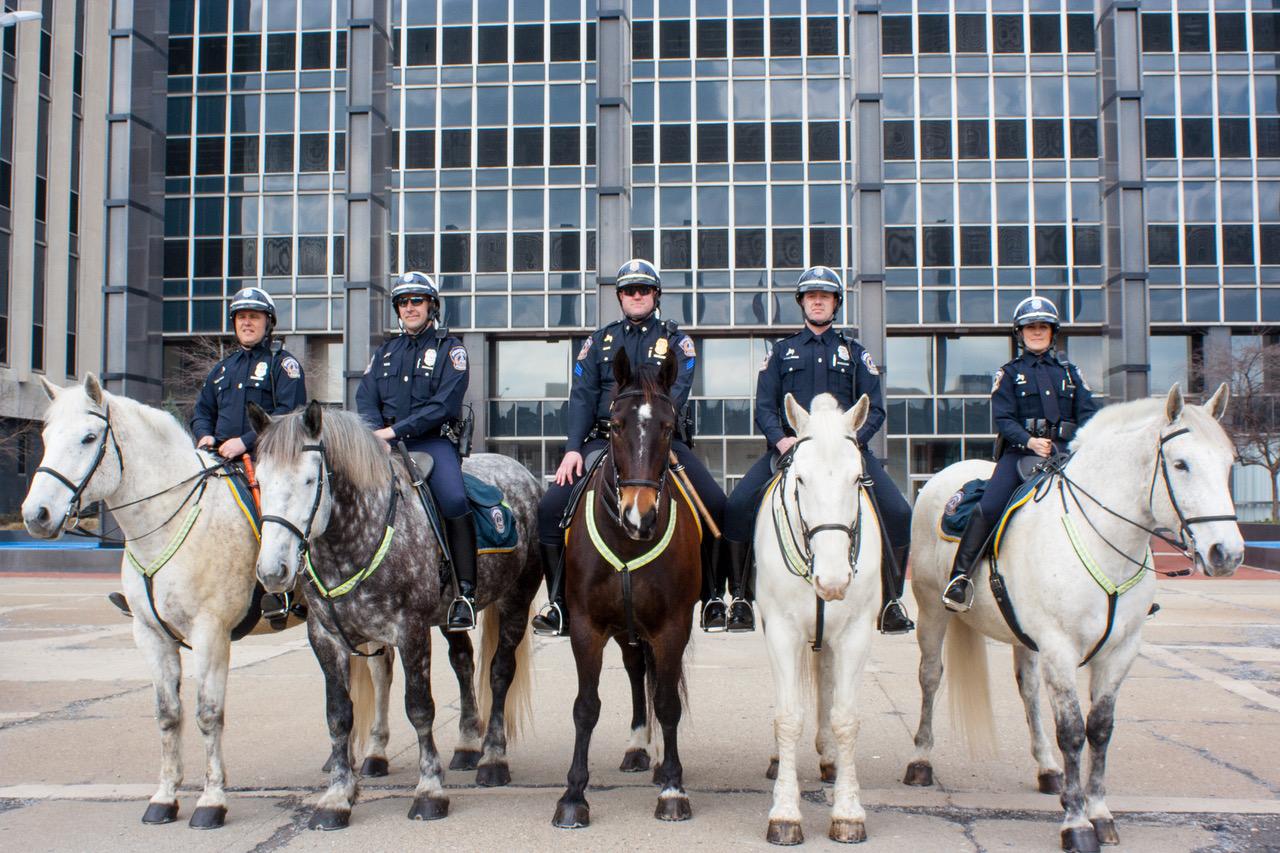 When asked what makes mounted patrol units so valuable, Golightly said, “Obviously, the safety and security aspects and statistics will tell you that one officer on a horse is equal to ten officers on foot. They can observe better, have a higher profile, things like that. The second aspect – which I would suggest is equally important – is goodwill. An officer on a horse is much more approachable by the public. People are just naturally attracted to such a majestic animal and so it really helps break the ice.” Golightly hopes to work with Indianapolis Public Schools when the new facility is built to start a program where children visit the barn, meet the horses and officers, take photos, etc. as a small field trip – the current facility isn’t conducive to that. He believes such a program “could really help in a small way” with police-community relations. IMPD mounted patrol regularly hosts community events, though the pandemic hindered that this summer.

Those who wish to donate to the IMPD mounted patrol can do so at: https://impdmountedpatrol.org/donate/