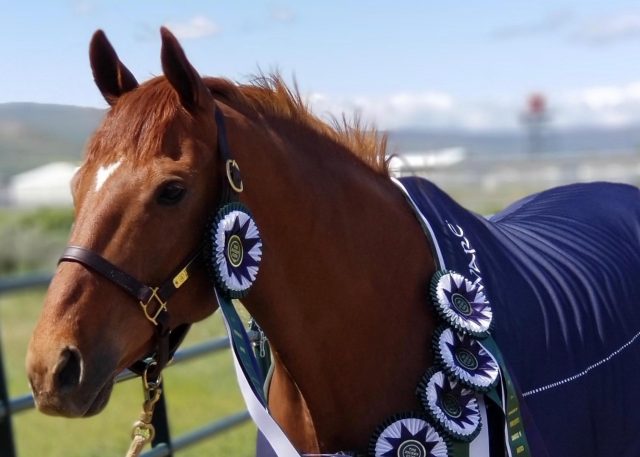 With COVID-19 restrictions leading many shows to go virtual, the Jockey Club’s Thoroughbred Incentive Program (T.I.P.) is working with venues to offer recognition for online shows through 2020. 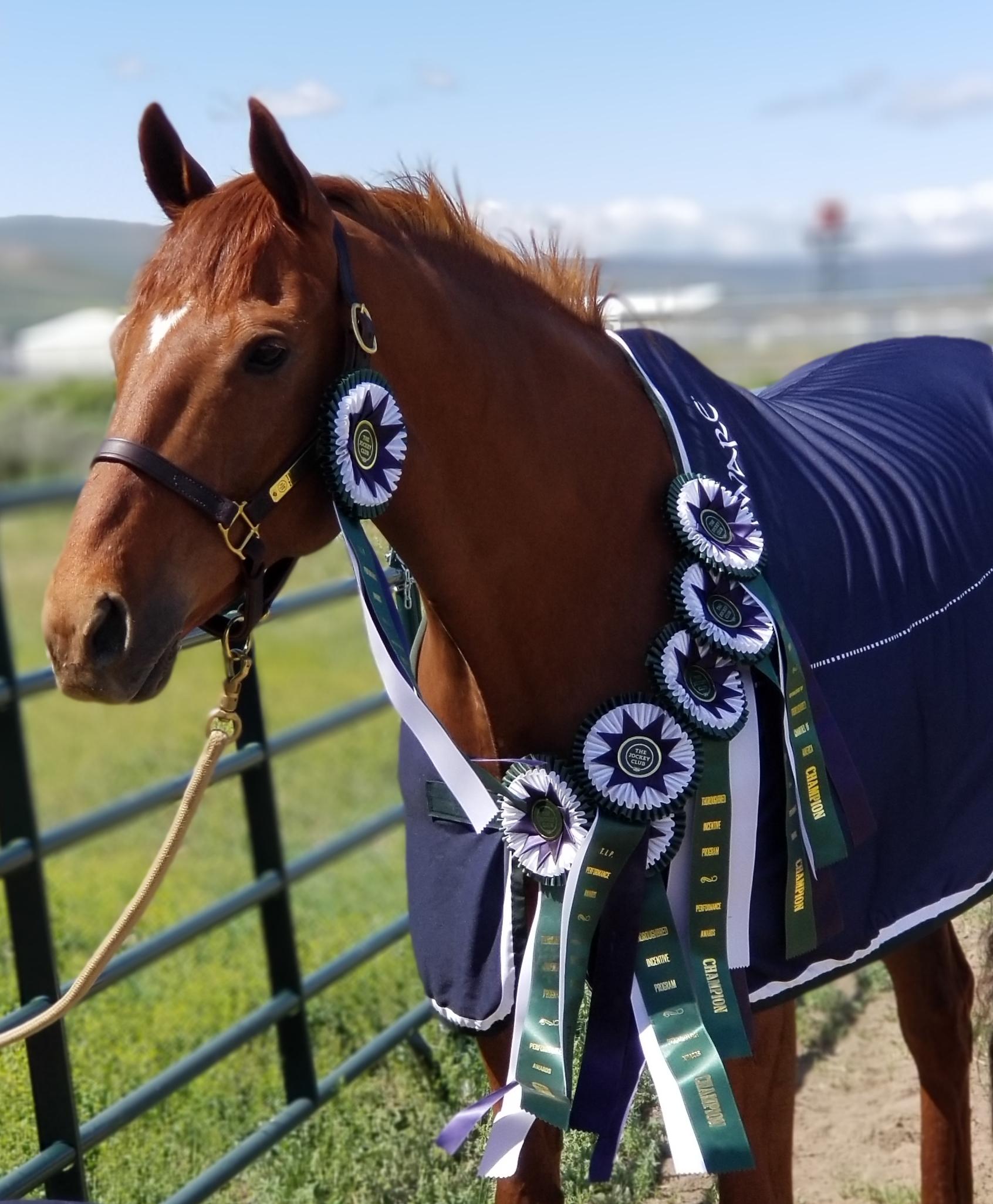 T.I.P’s decision was made in response to the pandemic at the request of some of their shows. According to spokeswoman Kristin Werner, the T.I.P generally doesn’t recognize online shows for awards, but, “with the cancellation of in-person horse  shows due to the COVID-19 pandemic, many shows that were approved to offer T.I.P awards had to cancel.” The T.I.P. ordinarily offers points and breed awards for OTTBs at 1,400 shows around the country. However, an estimated 400 and counting T.I.P shows have canceled so far –  but some have moved online and, said Werner, “asked whether they could continue to offer the T.I.P awards for high point Thoroughbreds.”

After reviewing the rules, T.I.P has approved a few shows to continue offering the awards they were allocated pre-COVID-19 at the virtual edition of their events instead. T.I.P is also offering standalone divisions for online dressage and horse shows in their 2020 year-end awards.

Out of 1,400 T.I.P-approved shows, eight have requested and been granted approval to offer awards at the virtual versions of their shows. We caught up with three venues offering online T.I.P awards – Flying Cross Farm (Kentucky), Eastern Panhandle Saddle Club (West Virginia) and Greystone Dressage (Tennessee) and asked them why they decided to offer T.I.P awards at their virtual shows.

Sharon Lentz, with the Eastern Panhandle Saddle Club, said “[interestingly] enough, we offered the awards for the virtual show” to encourage T.I.P participation – the club had offered T.I.P awards at in-person shows in the past, but didn’t have strong participation. The club’s first virtual show had 105 total entries, per Lentz – approximately 40 of those entries were T.I.P participants, “which we thought was fantastic,” said Lentz. “The response and interest for the second show has been enormous and we’ve gained a following ready for when we go back to live events!” The Eastern Panhandle Saddle Club offers T.I.P high point awards in English Pleasure, Hunter and Western and is also offering their own virtual series award.

Greystone Dressage indicated that they offer a variety of breed awards at their shows both recognized and schooling. So, continuing to offer T.I.P awards when their schooling show series became virtual this year was natural – they wanted to continue offering breed-related awards, which give people an incentive to enter the shows, and reached out to the relevant organizations. “People like winning things,” said Kim Carpenter, “and the breed awards are pretty large ribbons – plus the T.I.P award also adds some type of prize. I’m happy to pay for shipping of the prizes to give people the joy of receiving it and showing it off with their horse!” Greystone’s April schooling show also offered Trakehner and Georgian Grande breed awards and the facility has in the past offered KWPN and Belgian Warmblood awards when horses eligible for those awards have entered.

“Offering T.I.P awards, whether for our new virtual shows or in-person shows, really is a no-brainer for us,” said Heidi Jones, with Flying Cross Farm. “As a private farm in Kentucky, the heart of horse racing,” she continued, “it’s almost our duty to help showcase the [Thoroughbred] for their sport horse qualities and abilities in second careers.” The facility was already T.I.P approved for their May mini trials, so when the trials went virtual, they contacted the T.I.P office about offering awards online instead. The T.I.P reviewed Flying Cross Farm’s rules and scoring system and they were approved. “It has truly been an honor,” said Jones, “to be one of the eight venues slotted to offer online awards so far. It really has been a win-win for us and our riders – being able to offer T.I.P awards has not only been an opportunity to continue to highlight the breed, it has given our riders additional incentives and awards.”

Jones believes offering T.I.P awards helped Flying Cross boost entries and spread the word on their most recent virtual show – out of a total 197 video submissions in dressage and show jumping this month, 92 entries were also T.I.P entries. That show drew entries from 17 different states, including California, Florida and Connecticut, which Jones said, “is pretty cool for a virtual horse show in the middle of Kentucky!” Flying Cross Farm will be offering T.I.P awards at their upcoming virtual show on June 28 and, per Jones, they have, “quite the line-up of judges,” to provide riders with feedback. Jones’s hope is that the virtual shows give riders a “fun goal to work towards while also providing education – and a brand-new ribbon or two doesn’t hurt either!” Jones said as long as the interest from riders and support from T.I.P is there, Flying Cross, “will continue to offer these awards regardless of the method of horse showing we do!”