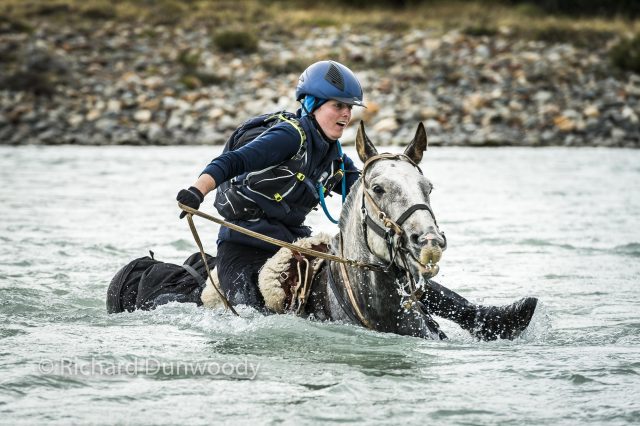 “The adventure starts when s–t goes wrong. In our world, too many things are overly prepared to save ourselves so we don’t have a difficult time. We think the joyride is when things go wrong and you have to use your resourcefulness to get through them.” 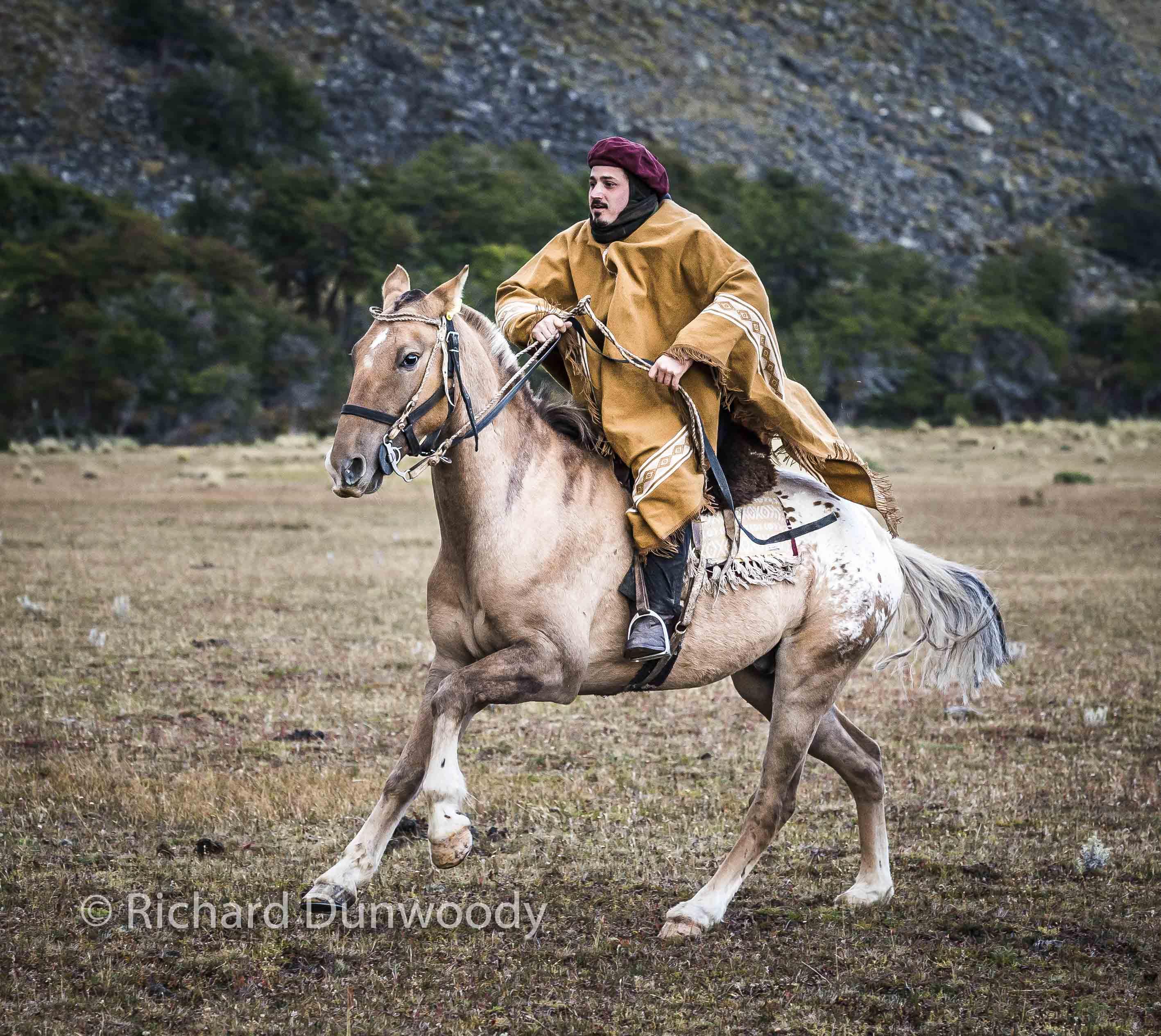 The Gaucho Derby, organized by the Adventurists, who also run the Mongol Derby, is the newest entry in whateventually will be a line-up of horse races worldwide. It takes roughly a year to two years to prepare a new ride – Tom Morgan, owner of the Adventurists, spent March 2019 in Patagonia riding test runs of the Gaucho Derby course. 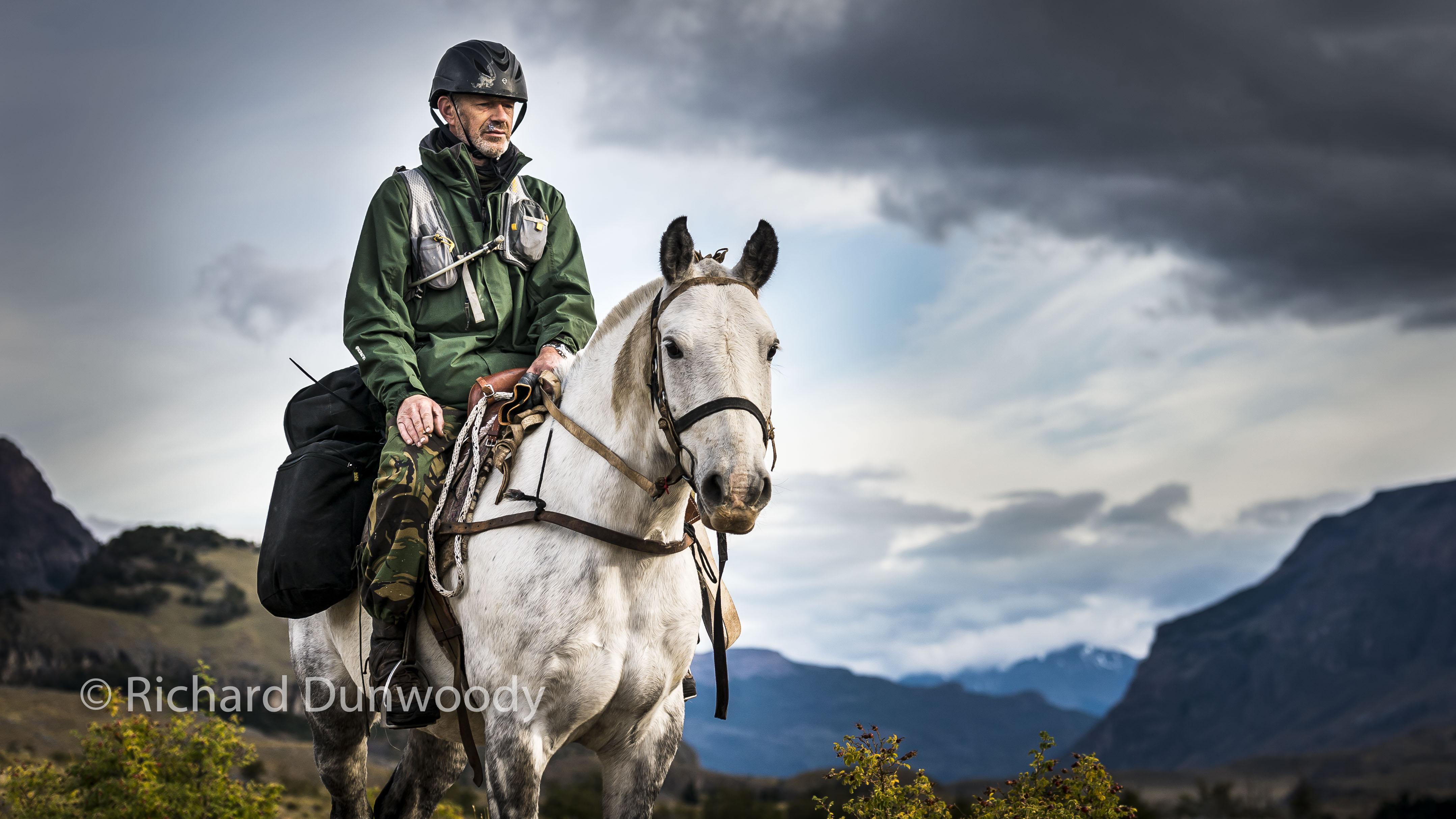 While it inevitably is compared to the Mongol Derby, which has existed for 10 years, the Gaucho Derby is unique. Per Cooper, “We don’t want [these races] to be copies of the Mongol Derby – they have to be unique,” to the country’s environment and culture. While both races are challenging, the Gaucho Derby is “more of a survival race,” emphasizing wilderness survival – it’s slower-paced and the constantly changing terrain demands tactical riding and strategizing to conserve the horses’ energy. “Say you went up a mountain ridge,” said Cooper, providing an example of how critical each decision is, “and then you get up there and find out it actually drops off into a cliff. Now, you’ve spent your horse’s reserves and energy climbing up the wrong way and your only choice is to go back down and find a different way,” setting you back in the race. 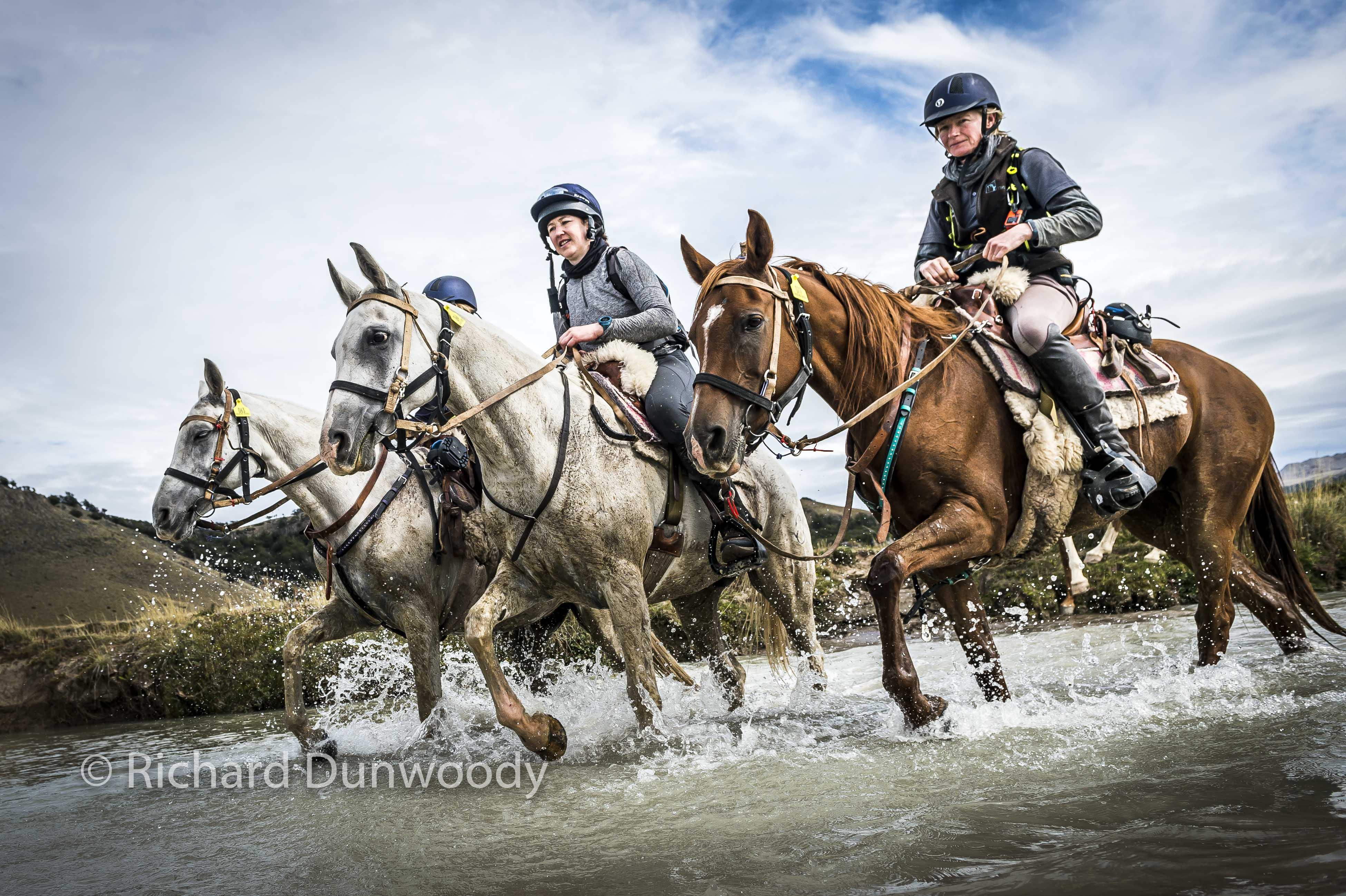 Camaraderie was a highlight this year. “This was a pioneer’s run of the race,” explained Cooper. “We picked people who’d help us develop the future of this race. I think the coolest part was that, when things didn’t go according to plan, we regrouped and everybody cracked on and was excited to develop this new race.”

The riders were selected based on personality, ability, toughness and cleverness and came from a multitude of backgrounds: cowboys, foxhunters and polo players, to name some. Several had also completed the Mongol Derby previously. Most prepared for the Gaucho Derby by riding their horses at home, hitting the gym and testing their kit – kit testing being the biggest component of preparation. Per Cooper, “A lot of riders went out camping with their horses or camping, generally, in inclement weather to test that their tent was waterproof, gear solid, because they can only bring 10 kilograms of survival kit and that’s it. That’s your food, tent and clothing for the 10 day race – a lot of energy leading up to the race is spent determining ‘what’s the best item, what do you really need, what don’t you need?’ That’s crucial to the race and an adventure overall – it’s not just about horse training or physical fitness,” but what tools are required to survive the wilderness. 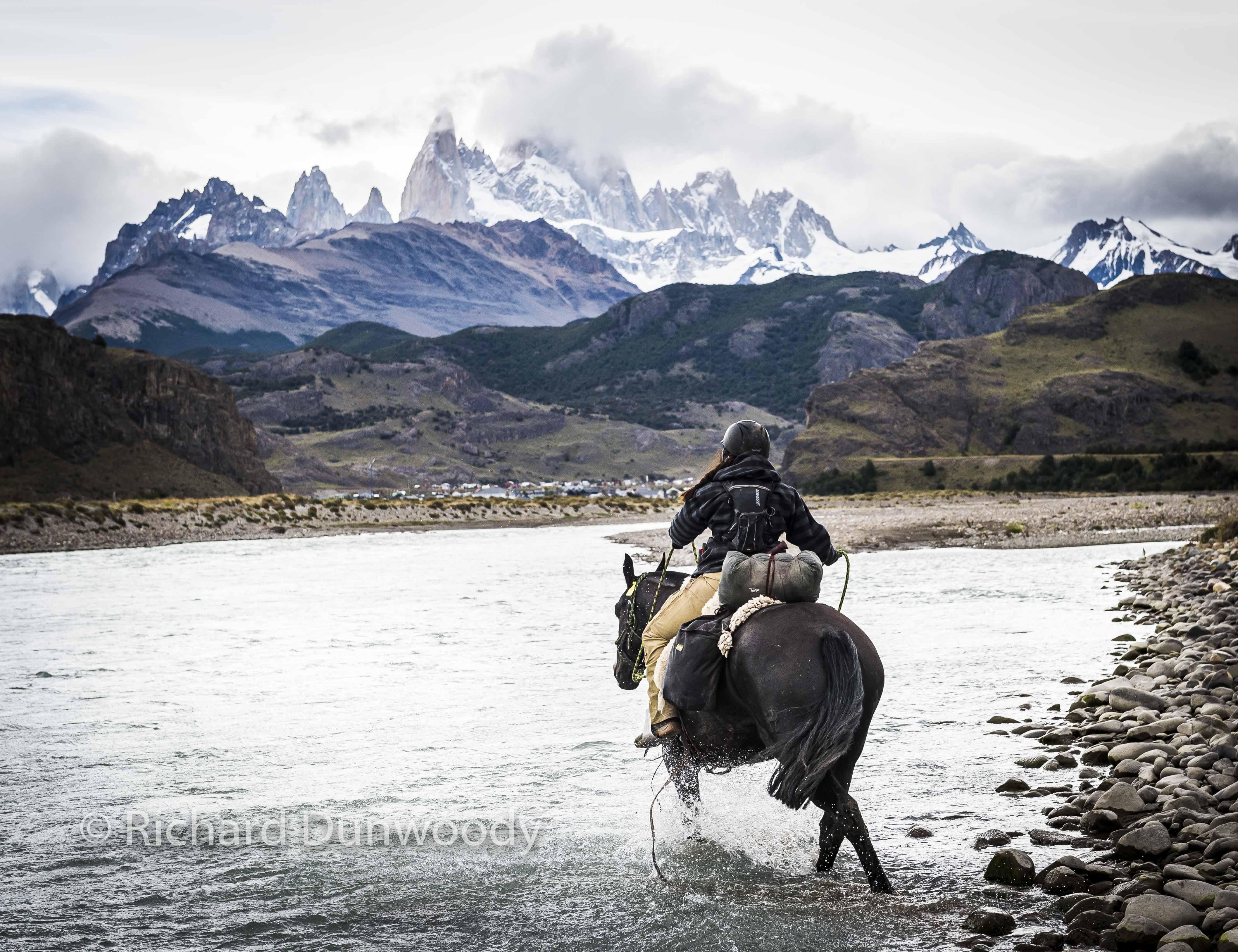 This year, riders dealt with a blizzard – those who were compromised (read: “got soaking wet”) were dispatched to a horse station where they got in, got shelter and received warm cloths, hot water bottles and hot food. Medic reinforcements were called, bonfires lit and the horses were okay. When the medics and vets arrived, everything was stabilized but some riders were evacuated via helicopter to get checked out at a hospital the next day.

COVID-19 wasn’t a consideration and there wasn’t discussion of canceling or postponing the Gaucho Derby. “The coronavirus wasn’t to Europe or the States yet,” when the race started, explained Cooper. “It was still in China and wasn’t made that big a deal – it wasn’t, at that time, a worldwide pandemic.” Everyone arrived in Argentina fine, and since the race was in the wilderness, “No one really knew the world was falling apart,” Cooper said. It wasn’t until the race ended that riders saw the news, messages from friends and family and had to change travel plans as Argentina and its neighbors closed borders.

Cooper explained, “All flights to the UK and US were stopped, we couldn’t fly direct, we had to route through Panama or Sao Paulo or Chile.” What’s normally a 10-hour journey to the US became a 50-to-60 hour journey. “Argentina,” Cooper elaborated, “was proactive – you had to have a health check and certificate from the hospital before boarding the plane, whereas, when we got to the  US, I flew into Atlanta – no health checks whatsoever, not one sign about the coronavirus or anything.” 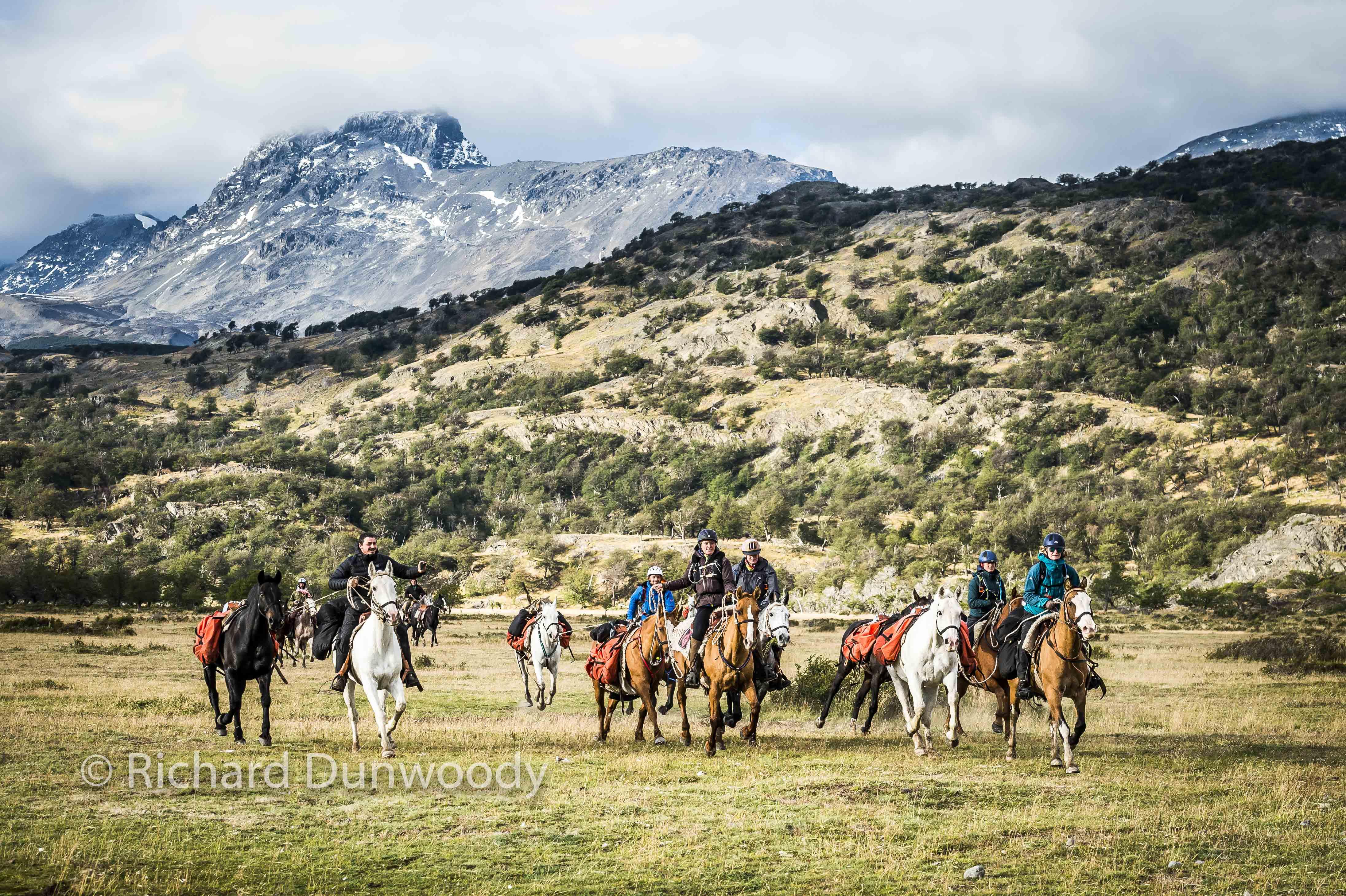 The Gaucho and Mongol Derbies attract similar but different crowds. “I think,” Cooper said, “once people do the Mongol Derby,” with the thrill, speed and exposure to Mongolian culture, “you do look to come and do this.” But he also believes each race appeals to different people:

“We get some riders who don’t want the [the challenge] of the Mongolian horse, they don’t want to take that risk as far as the challenge of riding them. Those riders, they’ll want to come to the Gaucho Derby because the horses are tame. But I think everyone who’s done the Mongol Derby is wanting to do the Gaucho Derby because the taste of adventure you get from the Mongol Derby makes you crave more – you’re constantly searching for that next thing. What is that next thing that’ll be this thrilling, where you can taste that kind of real freedom? I think the point is, real freedom comes with real risk, real danger – not many rides or races [really have that] anymore. Our races still have it, that’s when you experience freedom on a horse, when decisions you make are for your and the horse’s survival.” 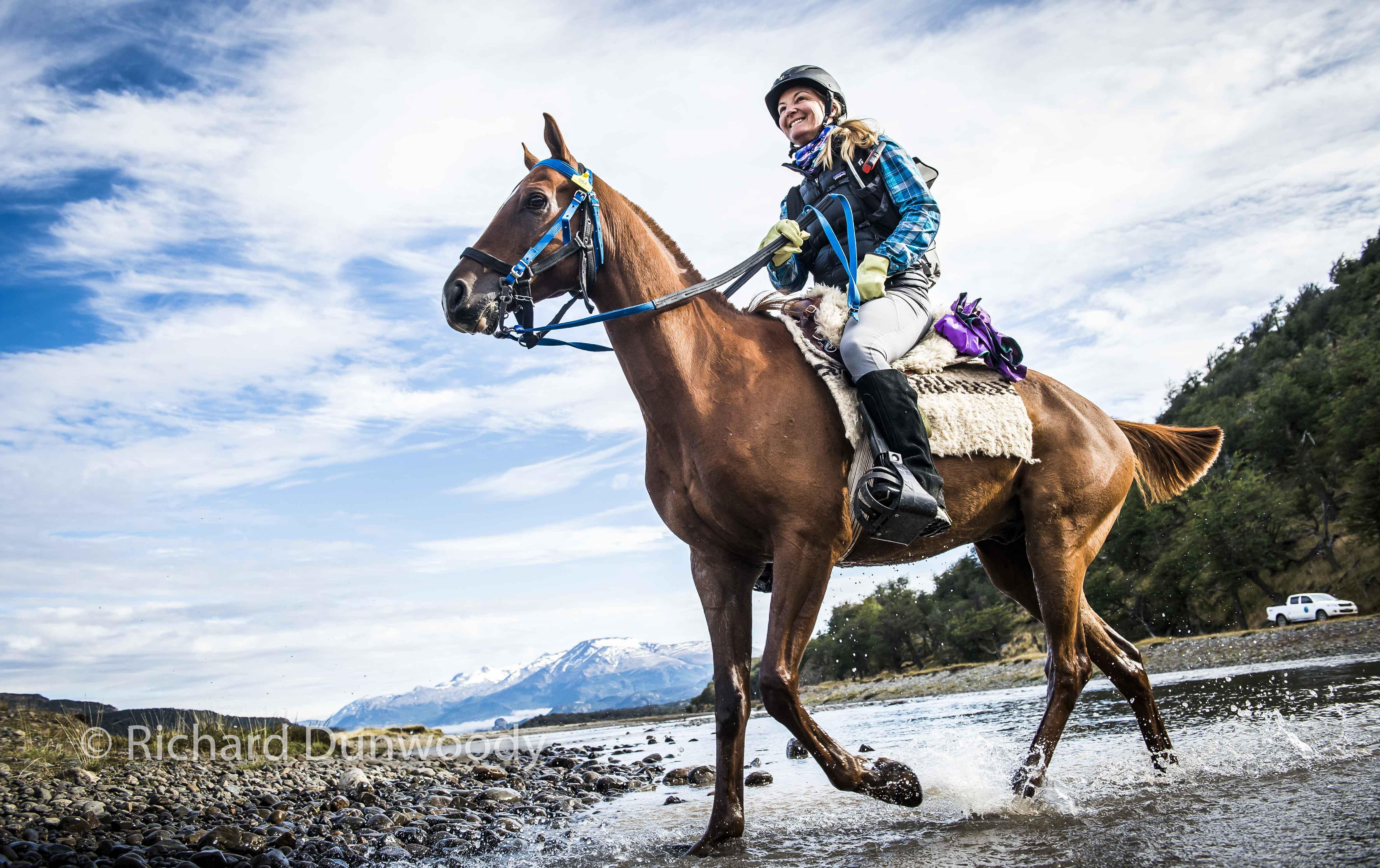 The Adventurists go where there’s already a horse culture to organize these races. “That’s the root of the Mongol Derby,” explained Cooper. “Mongolia based their culture and lifestyle around the horse and Patagonia [has] the gaucho way of life and the cowboys there, their whole world revolves on the back of a horse.”

As for why the Adventurists do this? Cooper circled back to the rarity of events with a real risk, saying, “Adventure is when things go wrong – that’s when you have to be resourceful, when you know the pressure’s on. We do have a security network there should things go south, but the takeaway, why people come to all our events, not just the horse racing ones,” added Cooper, is “because the adventure starts when s–t goes wrong. In our world, too many things are overly prepared to save ourselves so we don’t have a difficult time. We think the joyride is when things go wrong and you have to use your resourcefulness to get through them.”

The Mongol and Gaucho Derby are both accepting applications for the 2021 races. Follow the Adventurists, Gaucho Derby and Mongol Derby on social media below: