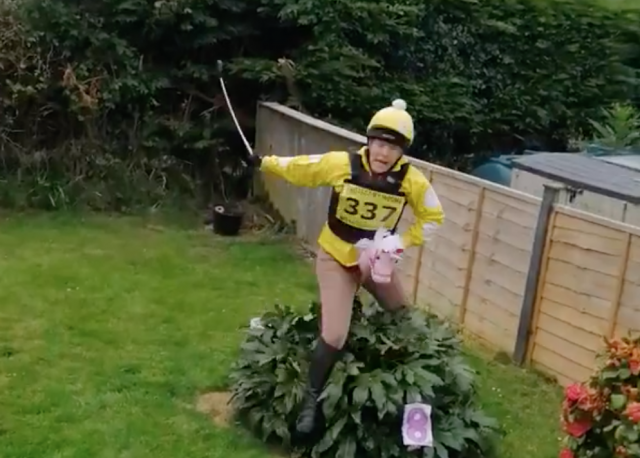 Horse Nation offers an exclusive look at what is perhaps the ONLY live competition in all of the UK for April 2020: the Aberporth Horse TrAils. This is coverage you won’t want to miss!

When the world has gone mad, sometimes the absolute best way to cope is to go a bit bonkers yourself, especially if you’re a lifelong horsewoman who’s been grounded from riding temporarily because of this tiny little thing known as a global pandemic. 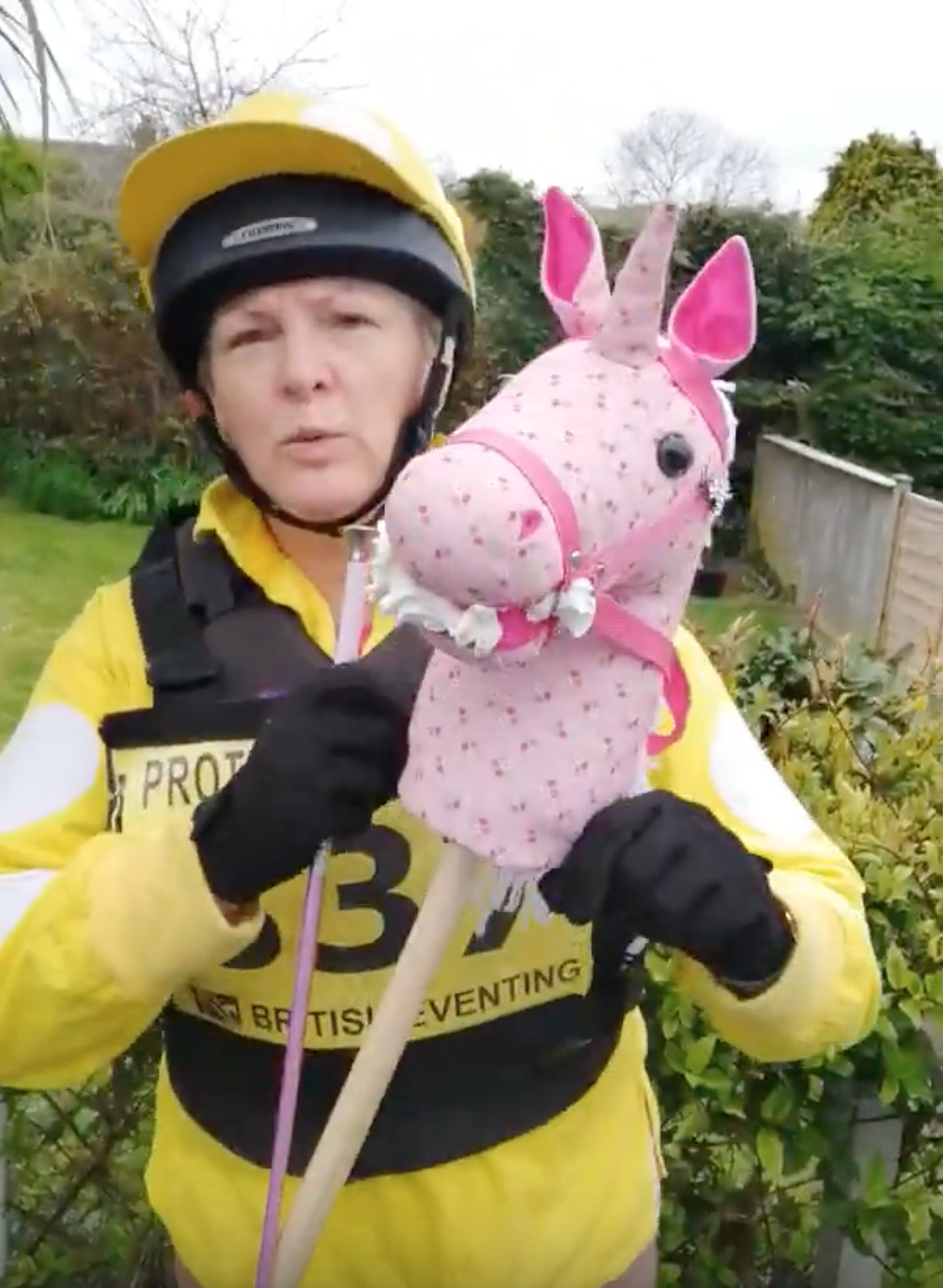 As with most great riders, Barry-Pavey has been so focused on her riding she didn’t quite realize she would soon become an internet sensation. I came across her extraordinary cross-country round via social media and knew right away she and Mermaid were destined to become The Next Big Thing. Check it out:

In an exclusive interview, Barry-Pavey took time out from her hectic training regime to give us a little more information about her training methods and riding success.

Barry-Pavey began riding at an early age and worked her way up through the ranks as a professional groomer. She groomed in several disciplines, including hunt, polo, and eventing. “Partied hard; worked even harder; partied harder even more.”

Her skills as a professional groom were extraordinary and let to her top job as Second Groom to Zara Phillips Tindall. “I figured that was about the tops I could do,” so a few years ago she left the grueling travel schedule of professional groom life and transitioned into a new career as a caregiver in a care center for special needs adults. At the same time, she became mum to the lovely Isla and began passing on her love of riding to her daughter. 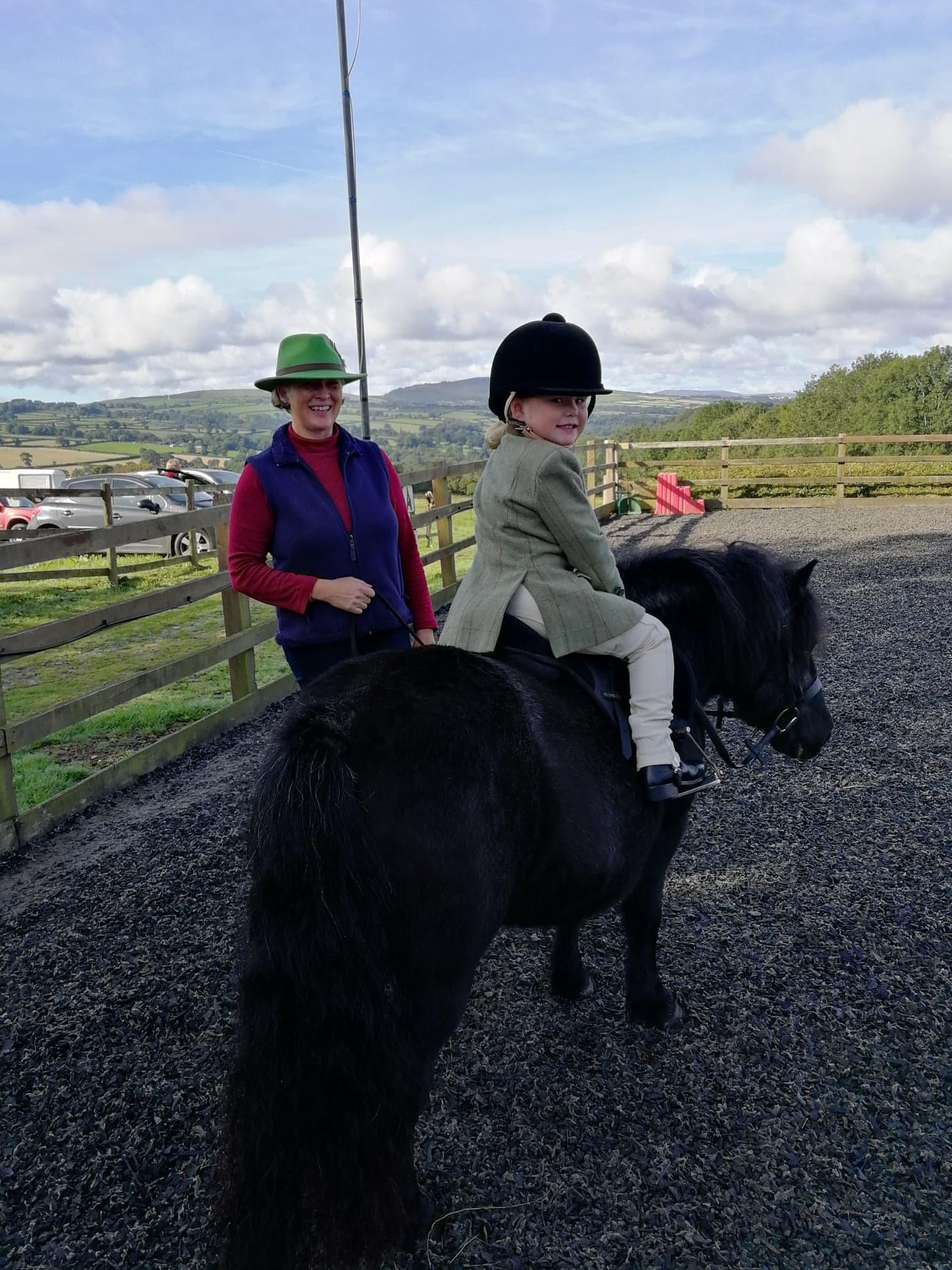 Barry-Pavey evented her own beloved mount, Sunny, to top awards.  Sunny was a homebred Connemara-Thoroughbred cross, and “a legend.” 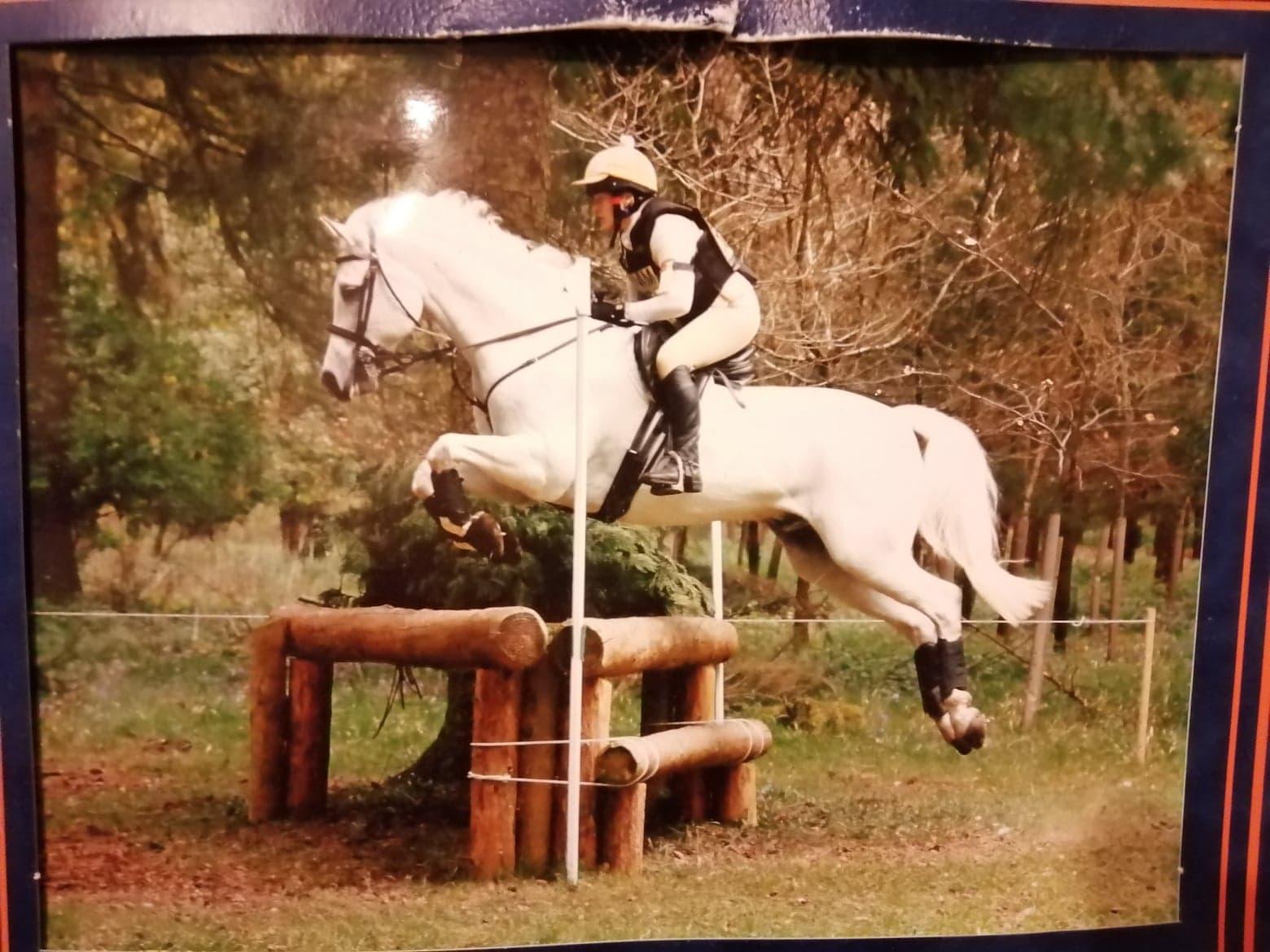 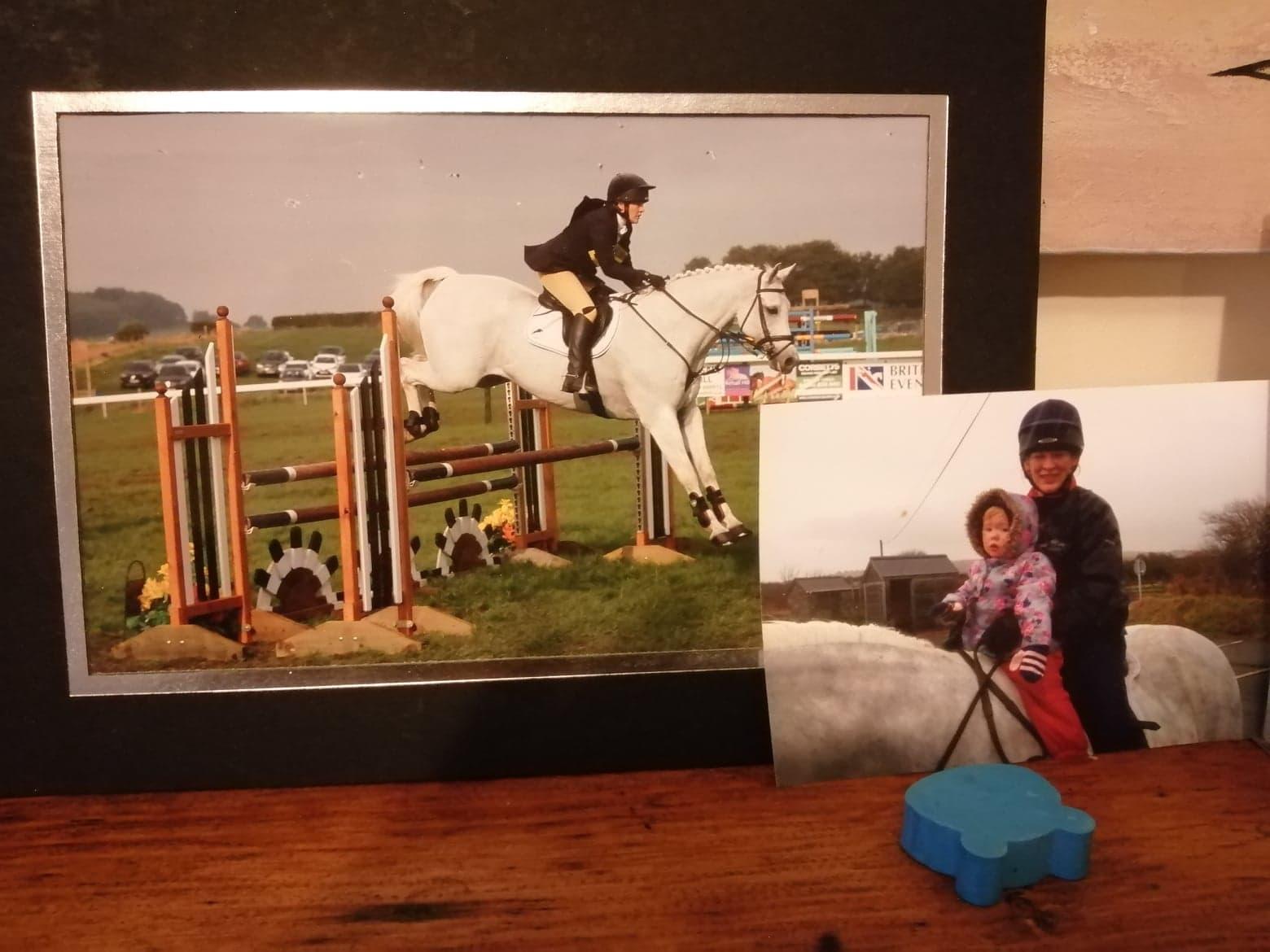 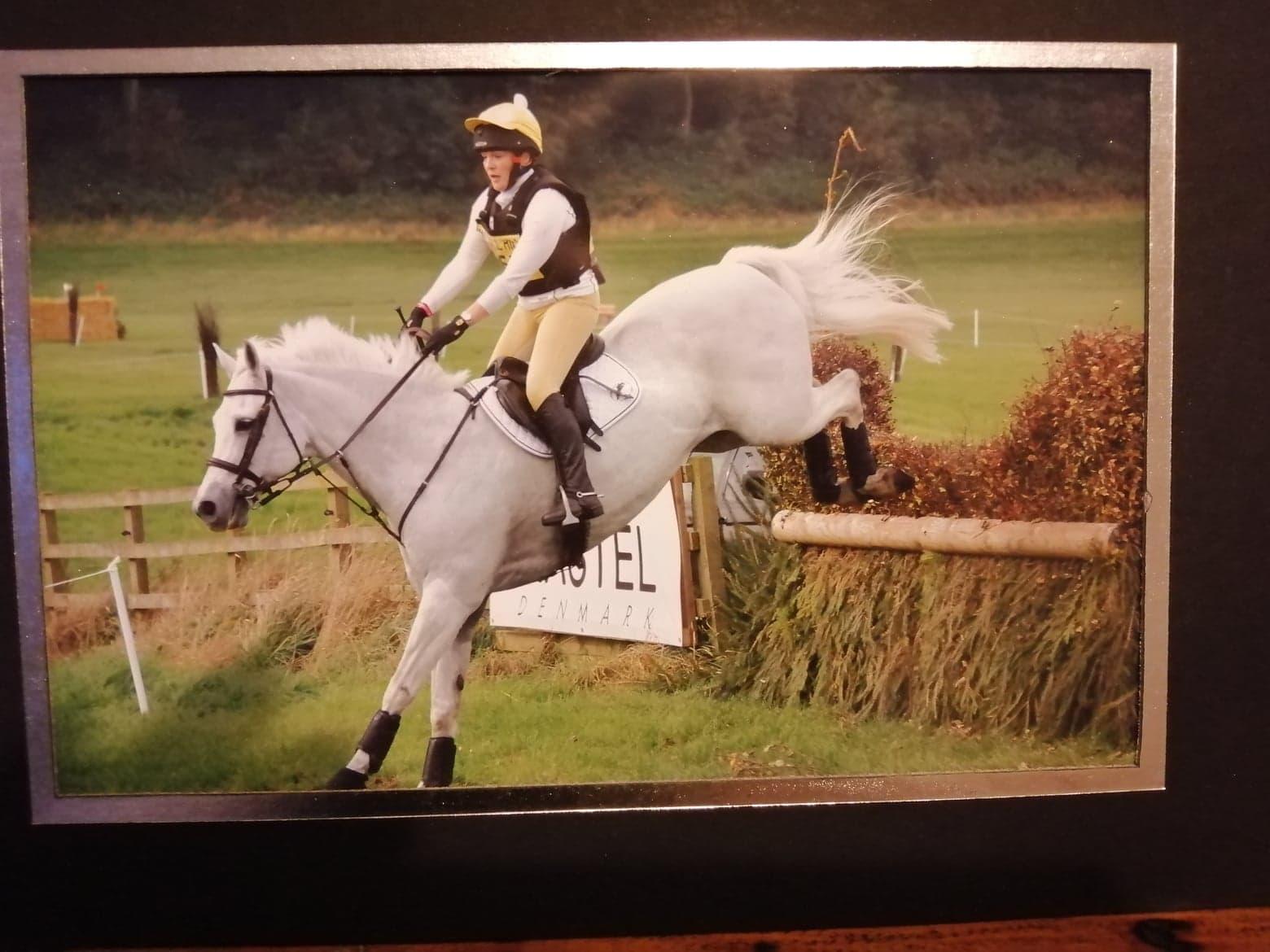 Tragically, she lost Sunny last year. Since then, she has been riding friends’ horses, focusing especially on a couple of young Connemara crosses to bring them along. That is, until the recent pandemic effectively grounded most equestrians in the UK, including Barry-Pavey. Sad to be grounded, and seeking to entertain herself and her family while self-quarantining in their home in Aberporth, Wales, UK (“the wet part,” she quips), Barry-Pavey came up with a wicked-good way to pass the time. “I saw the online competitions being posted, where you record a ride, send it in, and judges review and place them, and I thought – why not?”

Enter Mermaid, some household “jumps,” a tipple (or two) of gin* and a non-horsey husband who’s as game as they come.

*For the rider only; Mermaid was absolutely drug-free and FEI-compliant throughout the competition.

Like most eventers, Barry-Pavey prefers cross-country, yet she and Mermaid put in a very respectable “Prelim 7” dressage test at Aberporth:

Mermaid was cleared for the stadium round!

Mermaid is a young mare, “feisty” and “quite testing on the course — it’s undulating ground.” As Barry-Pavey described the pair’s stadium round, “Mermaid doesn’t instinctively lock on to the fence; with Sunny, I could tell him which fence and he would just lock on and go.  Mermaid needed a lot of encouragement over several of the fences; I’m surprised I didn’t get called out for excessive use of the whip . . . She can be a bit marish and has her own opinion. I have to work hard to ride her.”

Asked about her riding style for this particular course, Barry-Pavey is frank. “I had nerves — dreadful nerves. But I think, if I don’t have those nerves, then I don’t respect the fences and you have to respect the fences.” She was “glad that last fence did come apart; it wasn’t a pretty round, but  – we’ve all got things to work on . . .”

Regarding Mermaid’s condition after the fall at the final fence, “I called my mum; we worked things out with homeopathy (no bute – FEI rules, you know), a lot of cold hosing, apples, carrots, coaxing and a bit of massage.”

When asked about what’s next for her and Mermaid, Barry-Pavey is optimistic. “Now that I have the videos of this competition, I’ll study them — I’ve got lots of homework to do. I’d like to show Mermaid’s versatility, so perhaps some polo, barrel racing and after that, maybe a bit of gymkhana. We’ll see how it goes.”

As with most equestrian events, sponsorship is a major key to success! Barry-Pavey wants to personally thank her sister Sarah’s company, NaturalAnimalShiP,** for sponsoring the Aberporth Horse TrAils 2020.

(** a correction to the sponsorship banner is noted, as it was originally posted as “NaturalAnimalShit”). 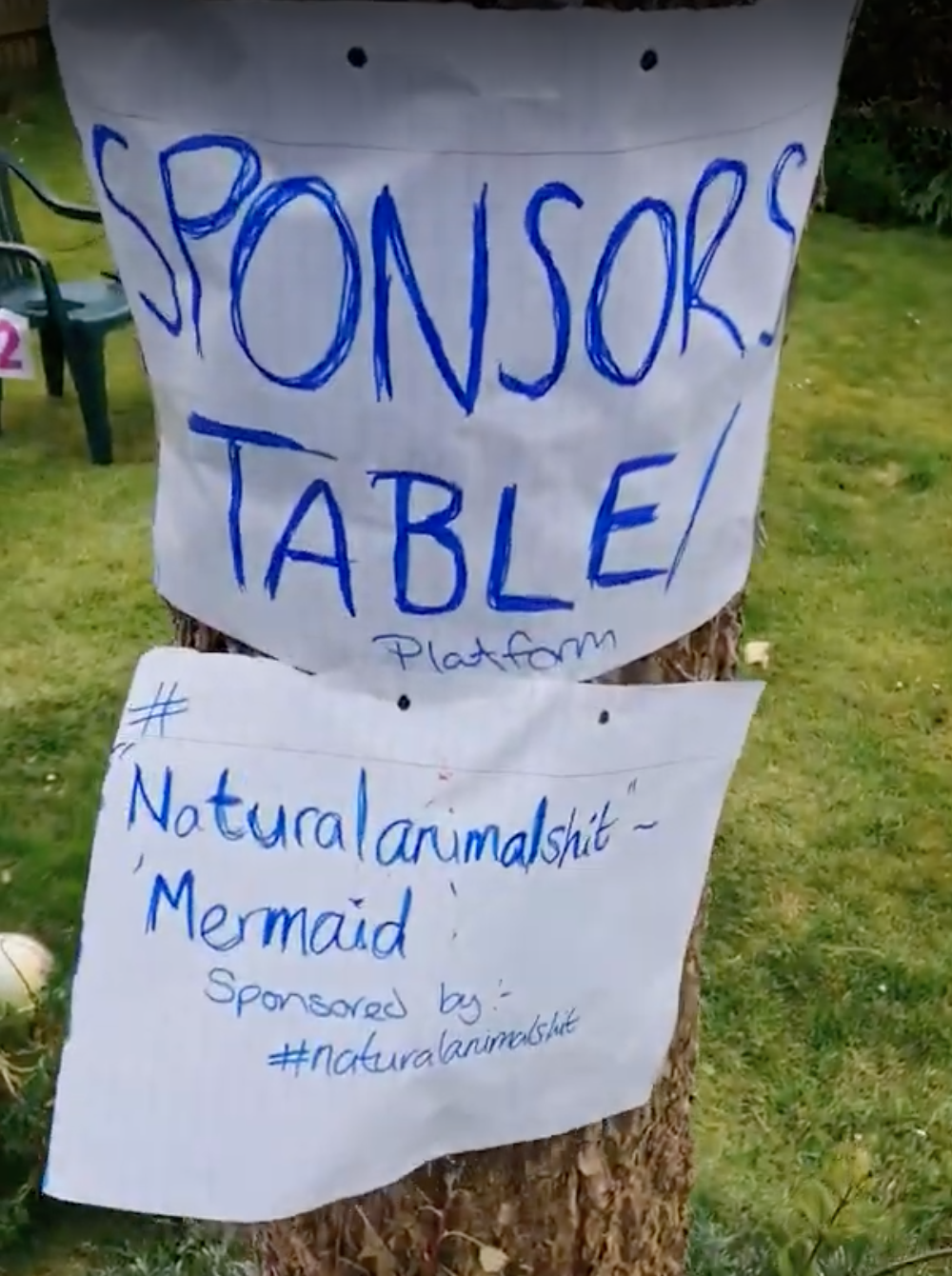 No matter what’s next in store for this dynamic duo #TeamMermaid, we at HorseNation are so delighted they shared their fun and giggles with all of us, especially now when we need all the positivity we can find! 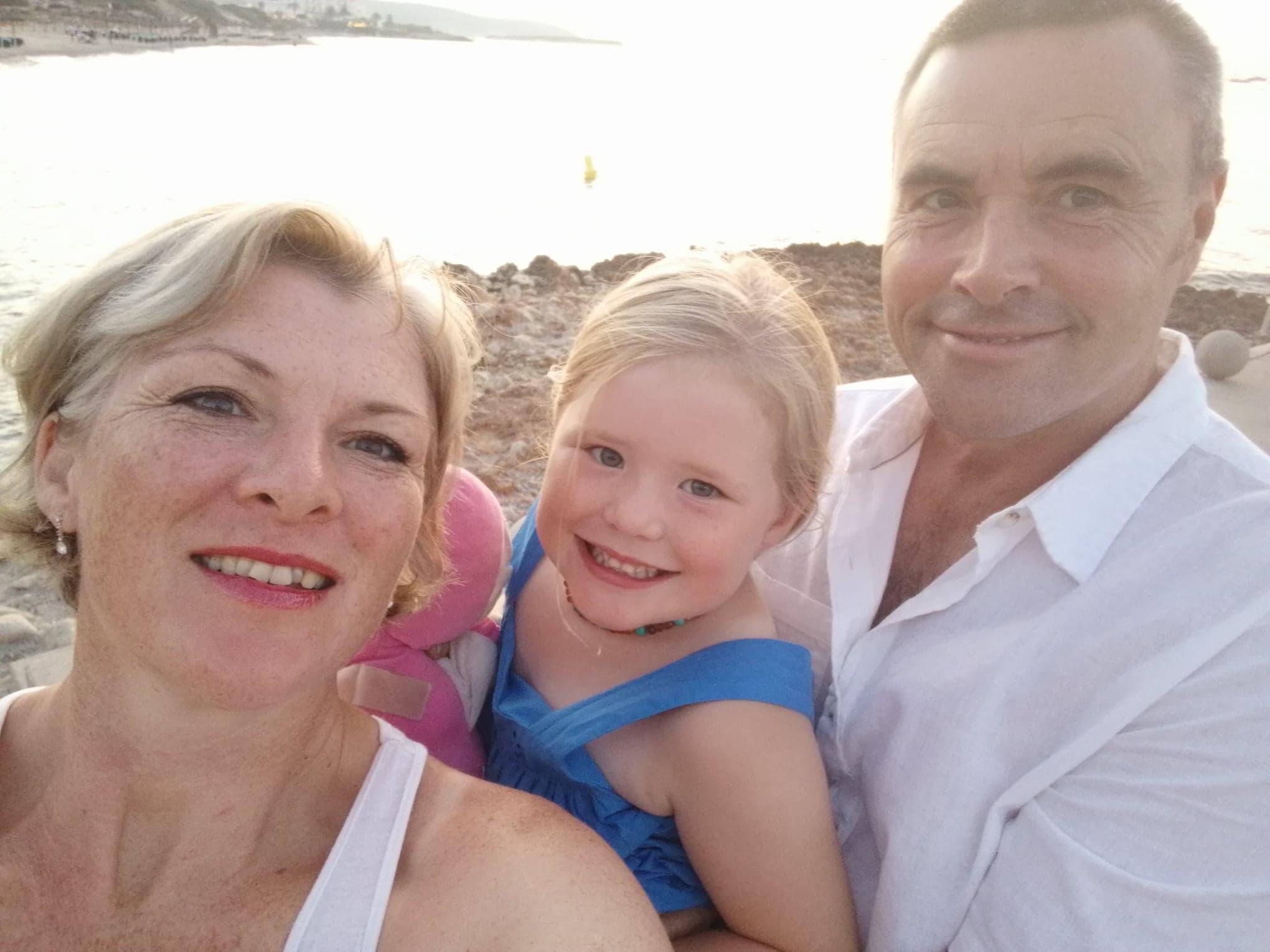 Faye Barry-Pavey with her daughter Isla and husband Anthony.

Check out the Aberporth Horse TrAils 2020. It’s perhaps the only live competition in all of the United Kingdom in April 2020.  #HistoryInTheMaking 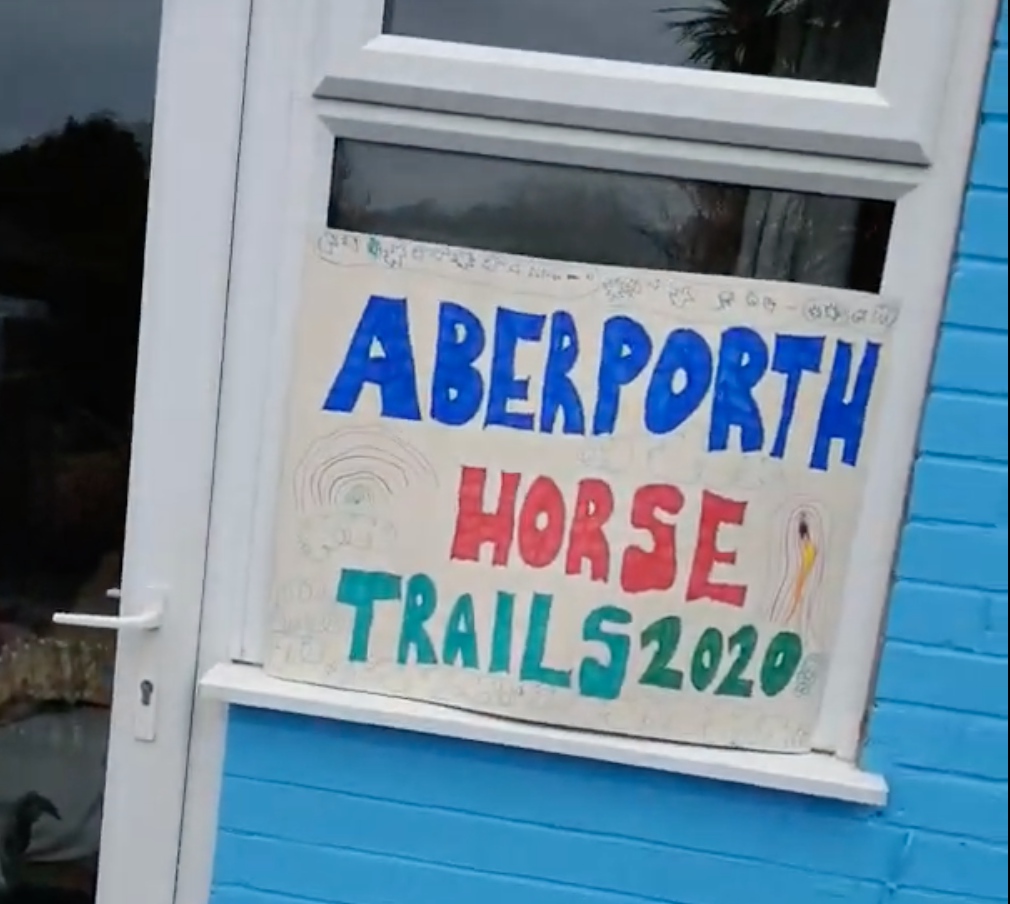 Perhaps the only live competition in all of the UK during April 2020.