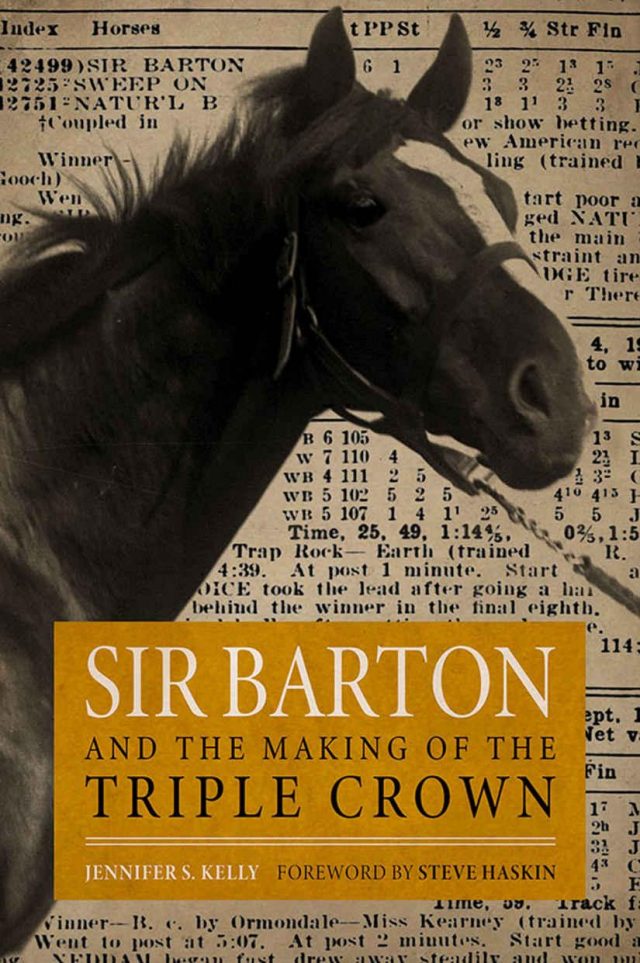 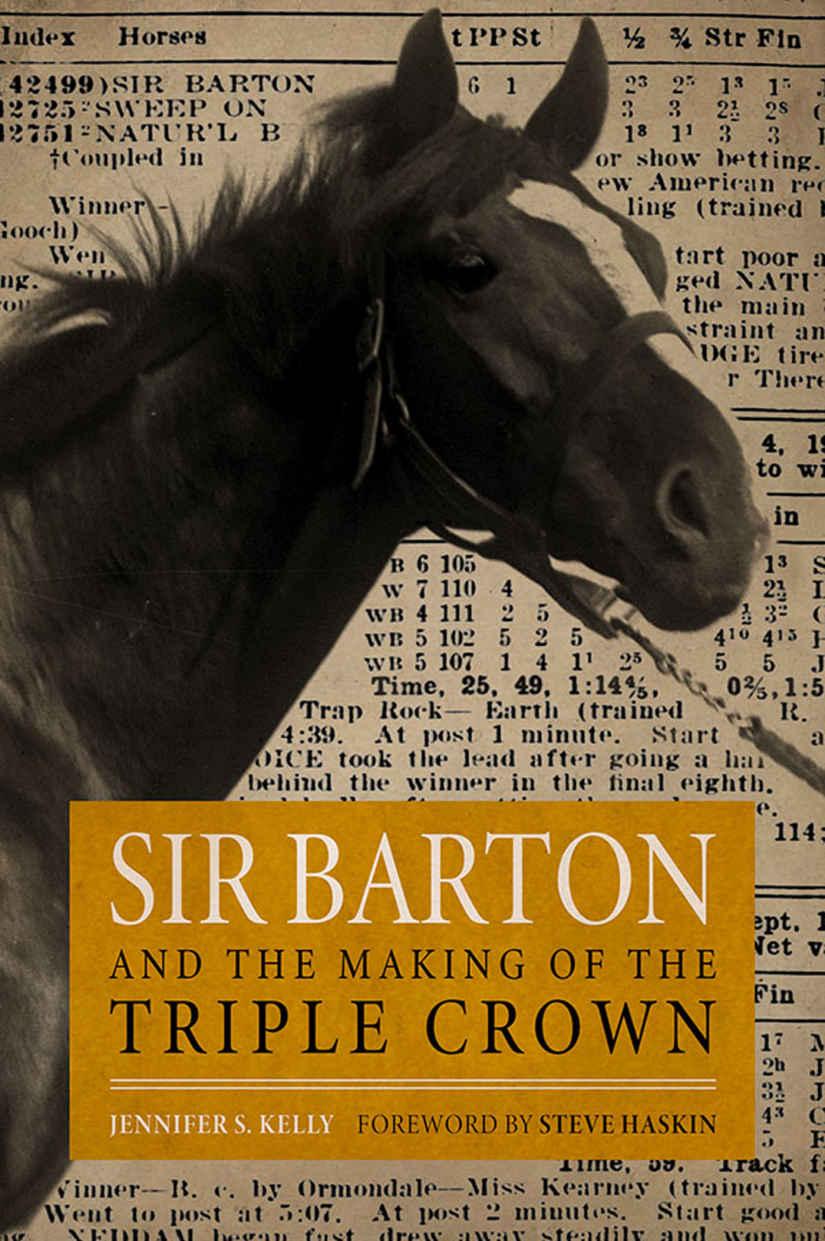 It’s that time of year again — our attention as horse racing fans is fixated on who will be likely to make a start on the first Saturday in May, and who, if anyone, will have the speed, stamina, grit and heart not only to contest all three jewels of the Triple Crown, but also perhaps permanently etch their name into history as an elusive winner of the Kentucky Derby, the Preakness Stakes, and the Belmont Stakes.

It’s hard to imagine a time in American horse racing before the Triple Crown was a “thing” — but in 1919, there was no such thing, no such title. There was, however, a horse named Sir Barton, and it’s his story that Jennifer S. Kelly seeks to tell in the pages of this biography, tracing the story of this legendary horse back to the Kentucky farm where he was bred and born, and the people who were responsible for his ascent to stardom — and his fall from grace through what he’s best remembered for now, his defeat in a match race by the great Man O’War.

While Sir Barton largely now might serve only as a piece of trivia, a name to be rattled off in a list with the twelve other winners of the American Triple Crown, his story is rich in the retelling, delving deep into the history of American horse racing in the 1910s-1920s. In those decades, the Kentucky Derby, the Preakness Stakes and the Belmont Stakes were among the many tests of racehorses, but it was not until long after Sir Barton swept them all that turf writers began to link them together, creating a feat that would prove to be the true test of a champion. This is, perhaps, the primary reason this horse is largely “forgotten” as just a footnote in racing history: the true impact of what he had achieved would not be realized for more than a decade.

Sir Barton’s story, like the story of many great racehorses, is not really the story of a horse — it’s the story of the men who shaped the horse’s career and the various ups and downs and twists and turns that it took, from the lauded champion of the three-year-old classics to the footsore horse who became infamous for losing a match race to Man O’War on a desolate Ontario track. Even in his own time, Sir Barton faded from memory, failing to recreate his winning streak that captured the three classics (plus the Withers Stakes in between the Preakness and Belmont!), failed to reproduce racehorses of his caliber at stud, and  his eventual relegation to an outpost in Wyoming as an Army remount stallion. Were it not for Kelly’s exhaustive research, his story may have been lost to all other than true historians of the American turf.

Sir Barton and the Making of the Triple Crown is generally well-researched and well-paced, but reads a bit dry, lacking the kind of narration that sweeps the reader up for the race and brings the story to life. I found the book lightly entertaining and certainly informative, filling me in on the details of this horse’s life that I never would have come across otherwise, but found myself wishing for more context to place Sir Barton in history larger than just horse racing. The passages describing the races lacked the spirit that would keep the pages turning; whether this was Kelly’s reluctance to delve any further than what the racing forms described or merely dry storytelling is unclear.

Despite some of its shortcomings as an entertaining read, Sir Barton and the Making of the Triple Crown certainly deserves a place on the bookshelf of any racing fan who is keen to make sure that this important figure from history does not vanish into the annals of time. The book is available via Amazon.