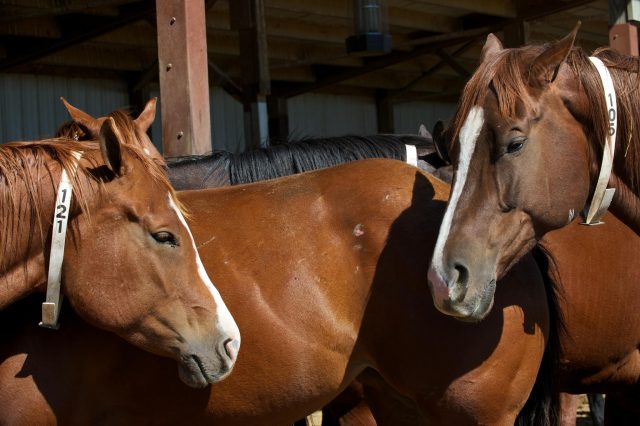 House holds hearing on the SAFE Act, which would outlaw the export of horses for slaughter in foreign countries as a prevention of a human health threat. 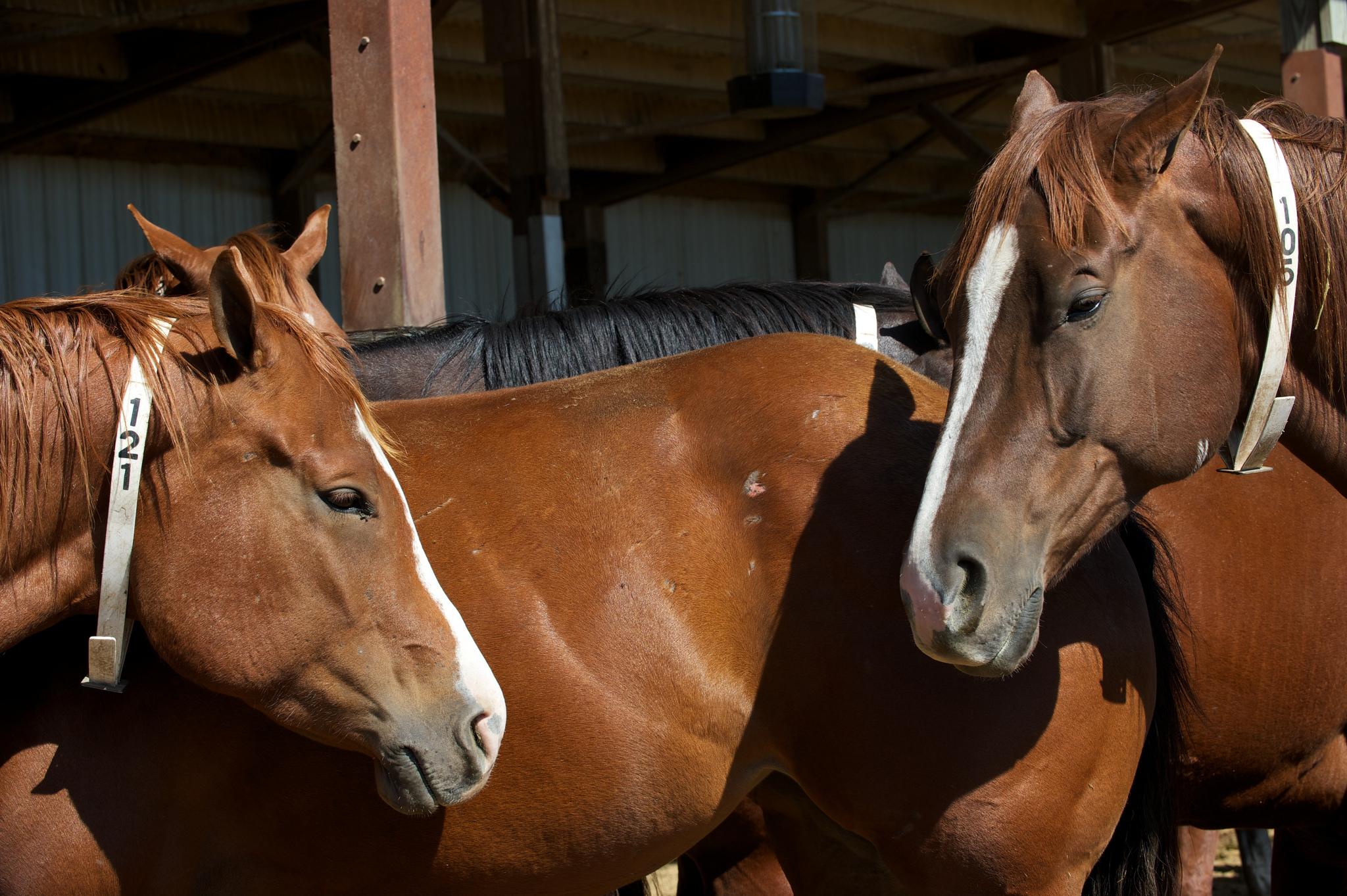 In general, legislative hearings provide a forum where facts and opinions can be presented by witnesses from a variety of backgrounds, including members of Congress. In some cases, these hearings are held in order to determine what action, if any, will be taken.

In attendance at the hearing were Nancy Perry, ASPCA Senior Vice President of Government Relations, speaking for the SAFE Act and Dr. Douglas Corey, DVM, former AAEP president, speaking against.

Perry’s opening statement described the current slaughter ban having a “loophole,” which allows horses to ship across borders. Perry believes H.R. 961 closes that, protecting horses and human health. She maintains that horses aren’t food animals and “those who wind up at slaughter aren’t unwanted but rather unlucky,” adding that these horses aren’t from settings where becoming food was expected.

Perry cited an ASPCA document listing over 100 substances that are deemed dangerous to humans but are given to horses – the FDA banned these substances and “suggesting we should send known toxic meat to other countries, exporting this obvious public health risk, is irresponsible,” she said.

“Without a ban we incentivize slaughter instead of rescue, compromising equine welfare – kill buyers bid against and outbid good homes at auctions, squandering resources by predatorily driving up prices,” said Perry. More insidious, she continued, kill buyers seek “ransoms” for horses they’d ship, taking advantage of the public while competing with rescuers. Per Perry, ASPCA has “compelling evidence” slaughter causes neglect, citing 70% of owners surrendering horses to ASPCA support centers report keeping them past the point of good care, fearing their horses would otherwise go to slaughter.

“Horse slaughter is equine cruelty – these animals aren’t suited for this purpose due to physiology, flight response and slaughterhouse stunning equipment,” Perry added. “We support humane euthanasia when quality of life is impaired, but slaughter is not euthanasia. Americans overwhelmingly oppose slaughter, it’s a public health risk we shouldn’t be exporting to our neighbors – it’s time to close this loophole.”

An opposing view was offered by Dr. Corey, who opened, “There’s little evidence showing consuming equine meat from US-raised horses poses a threat to public health. Each country accepting horse meat is responsible for ensuring the product is safe for citizen consumption.” Corey noted that horses transported and processed in Canada are held for six months to ensure there’s no residual medication in their systems.

Per Corey, horse meat processed in Mexico and Canada is tested for drug residue, heavy metal and bacterial contamination (the EU has its own regulations). Corey indicated that the primary concern of the AAEP was that the bill would negatively impact equine health and welfare without providing a solution to the unwanted horses problem.

Concluding, Corey emphasized the AAEP believes “processing isn’t the ideal solution” to the unwanted horse problem, but that if an owner is incapable of providing humane care, “humane euthanasia at a processing facility in accordance with AVMA guidelines is an acceptable alternative.” Corey stressed the need for cooperation and proactive solutions and his belief the AAEP and equine welfare advocates are “developing these solutions and will continue decreasing the number of unwanted horses. Supporting this bill will not improve the welfare of the horse.”

Schrader asked about horses receiving medications toxic to humans on a daily basis. Corey responded that most horses are medicated at some point in their lives, leading Schrader to ask about withdrawal periods. Corey elaborated, again citing Canada and Mexico’s policies, mentioning Canada’s zero-tolerance policy where “any meat that has horse meat found to have drug residues is thrown out, so I think they’re [Canada] very serious about it.”

Perry moved to respond, however Schrader’s time was up – after Rep. Buddy Carter took the microphone, Perry responded to Schrader’s question, citing that, per the FDA, no safe residue level for phenylbutazone (“Bute”) exists.

Griffith inquired about the results of Congress’s 2007 “de facto” ban on slaughter. Corey cited a 2011 GAO report which he recalled highlighted action needed to address the ban’s unintended consequences. He said, “The bottom line is there was a rise in horse neglect, investigations and more abandoned horses since 2007 – up more than 60% in Colorado and California,” indicating the ban negatively impacted equine welfare.

When Griffith asked about how H.R. 961 additionally burdens rehoming efforts, Corey said it means “many more horses to deal with and we just don’t have the facilities,” adding he thinks it means the burden will be placed on state and local municipalities, which have neither the funds nor the facilities for the horses.

Finally, Schakowsky spoke, stating “horse meat has definitely fallen through the cracks.” She added that the bill addresses the danger of consuming horse meat, which still isn’t prohibited for eating in the US. Of note was the discussion surrounding phenylbutazone, which is an FDA-banned substance for food animals, but is used prevalently by horse owners in the US. Perry cited a Food & Chemical Toxicology Journal’s 2010 study reviewing, examining and tracking horses in the slaughter pipeline, which showed Bute residue in the horse’s tissue after slaughter.

According to Perry, these are horses that are prepared and exported for consumption: “This has flown under the radar because nobody even knows this is happening – it’s such a shadowy industry.

Stay tuned for more articles about the SAFE Act and horse slaughter. This update is part of a larger series that looks to examine the factors contributing to horse slaughter and how they’re being addressed.