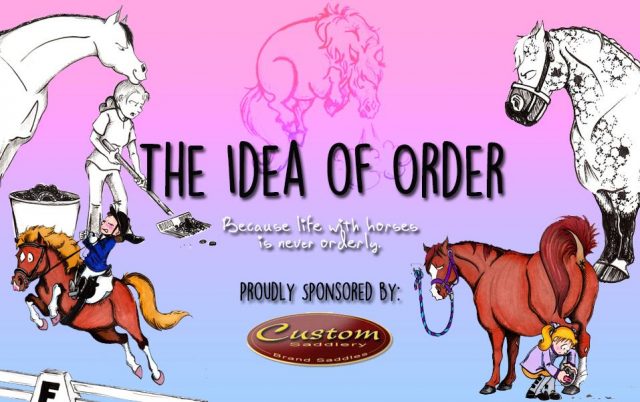 The Idea of Order has been keeping us in stitches for years at Horse Nation with its brilliantly witty take on horse life.  There were a series of hits this year — which one was your favorite?

Morgane Schmidt has been keeping us in stitches for years at Horse Nation with her brilliantly witty The Idea of Order comic series. She had a series of hits this year — which one was your favorite?

Keep it locked on Horse Nation on Wednesdays if you can’t get enough of The Idea of Order: new comics debut weekly.

Having just come back from our first show of the season, I have a renewed amusement at the deciphering of the handwriting on dressage tests. To be fair, it is difficult to be a scribe, particularly at the upper levels where things happen quite quickly (so mad props and a thank you to all of you who even attempt to do this!). Nevertheless, there is certainly some humor to be taken from some of the stuff written (scrawled illegibly?) on tests. My crew and I had a great chuckle over 5:00 am coffee going over some of the trickier comments. 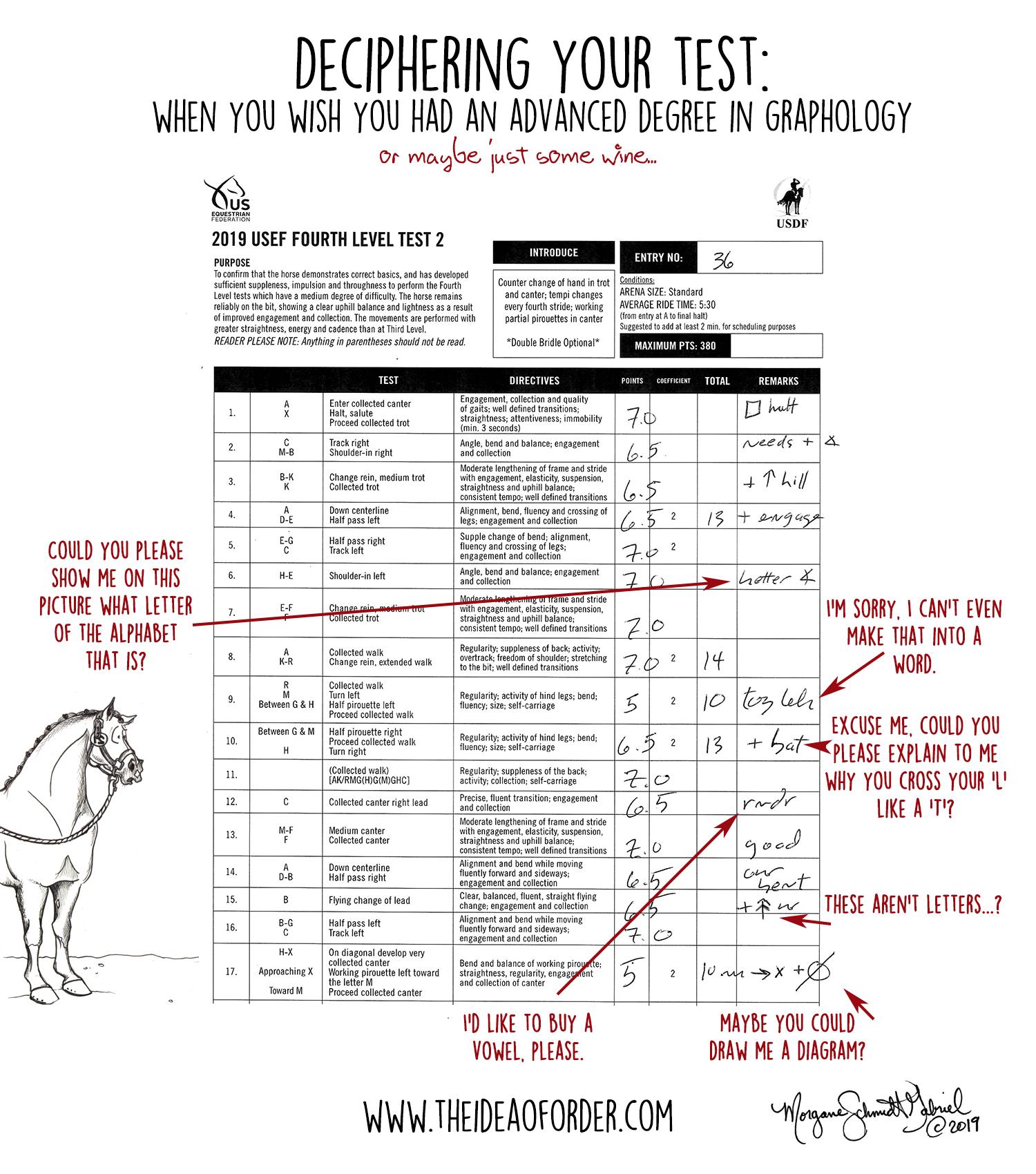 Since horses and showing are basically addictions, I don’t think this sort of thing is actually *lying*, per se. It’s more like creative embellishment. 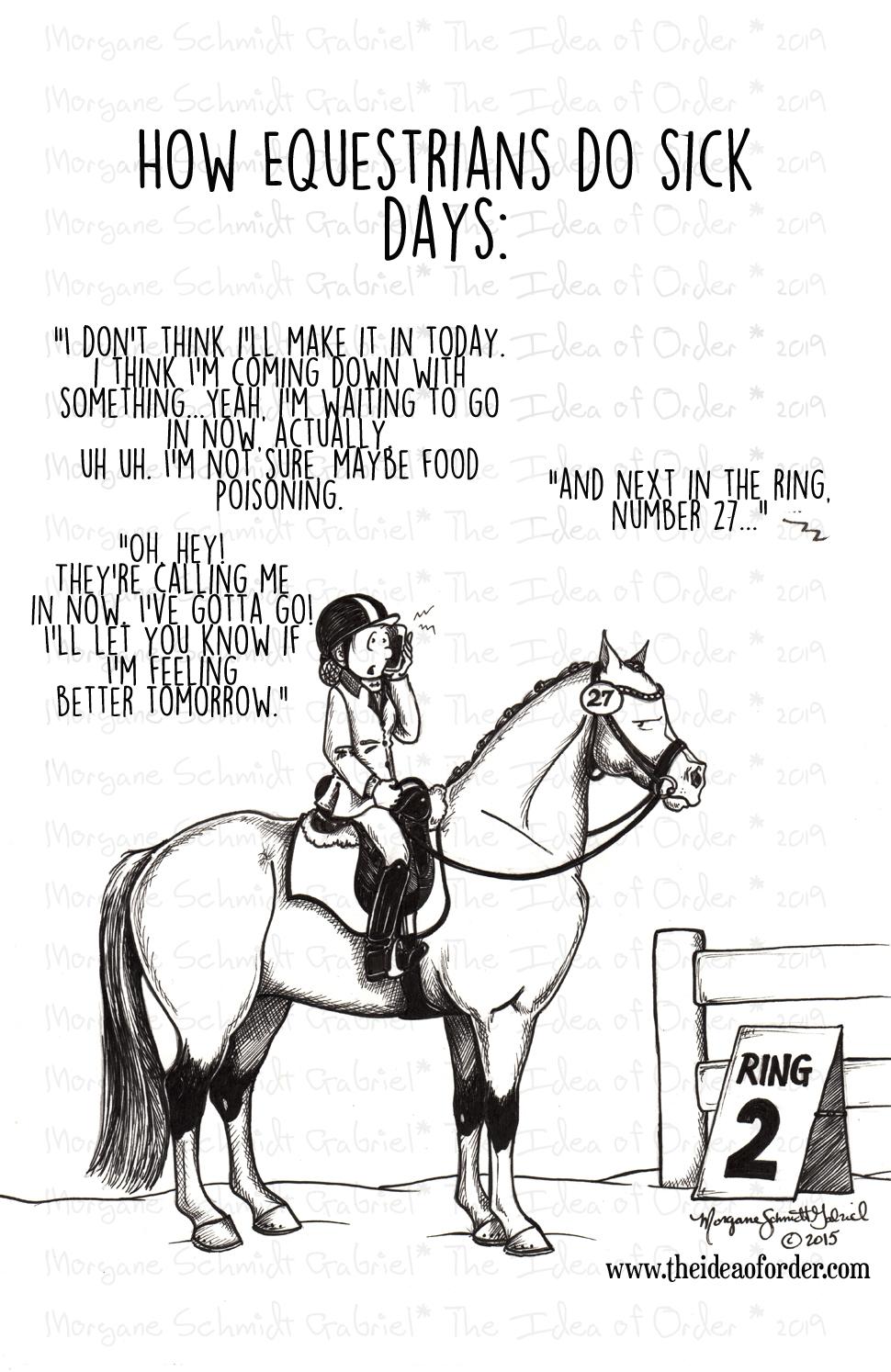 We are indeed pretty simple to train; just ask any horse. Given that, this one is dedicated to all of us who have been properly trained by our horses.

As we start getting legitimately *brisk* mornings, it seems that my younger charges need just a bit more in the way of negotiating to keep their exuberance to a minimum.

One of my favorite little jerks managed to take his very talented self on a self-guided field trip out of the arena and around the yard — cheeky bugger. 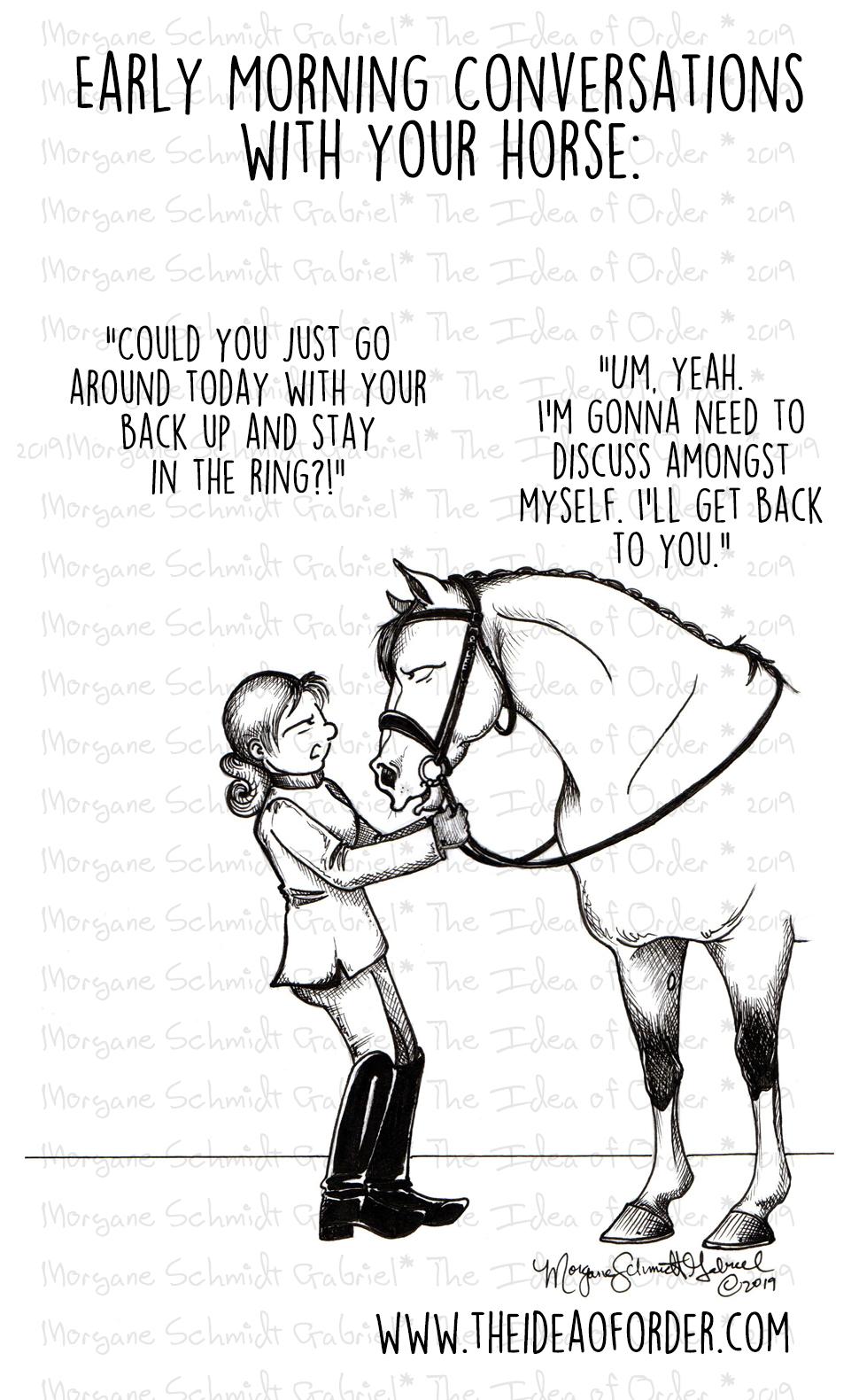 Who doesn’t enjoy reading a good train wreck from the comfort of their own home (preferably with some wine or a latte)? Of course, as much as I may poke fun at said forums, I will say I’ve gotten some pretty decent advice on a few of them (you just have to be able to filter through the more ‘speshul’ responses).