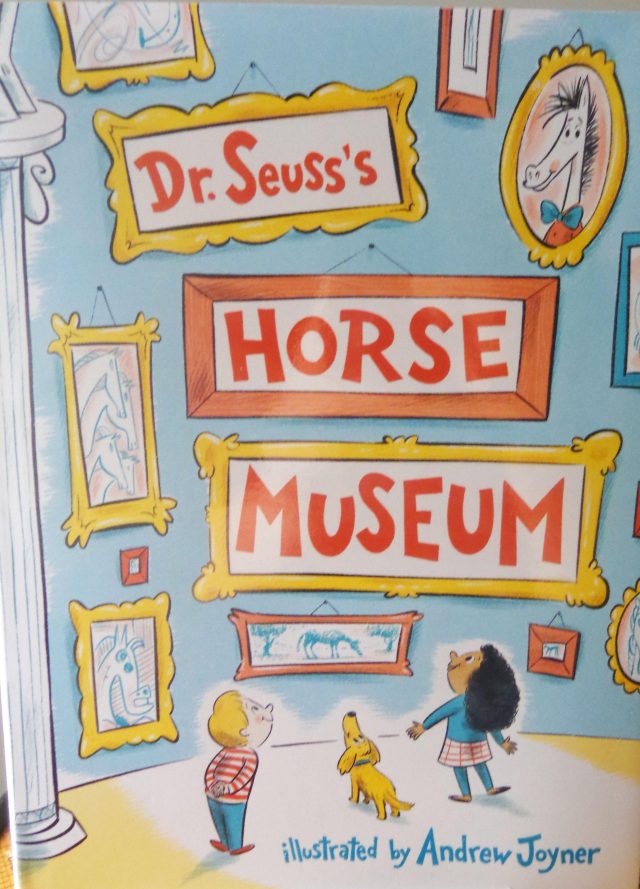 The tour guide is a horse of course! 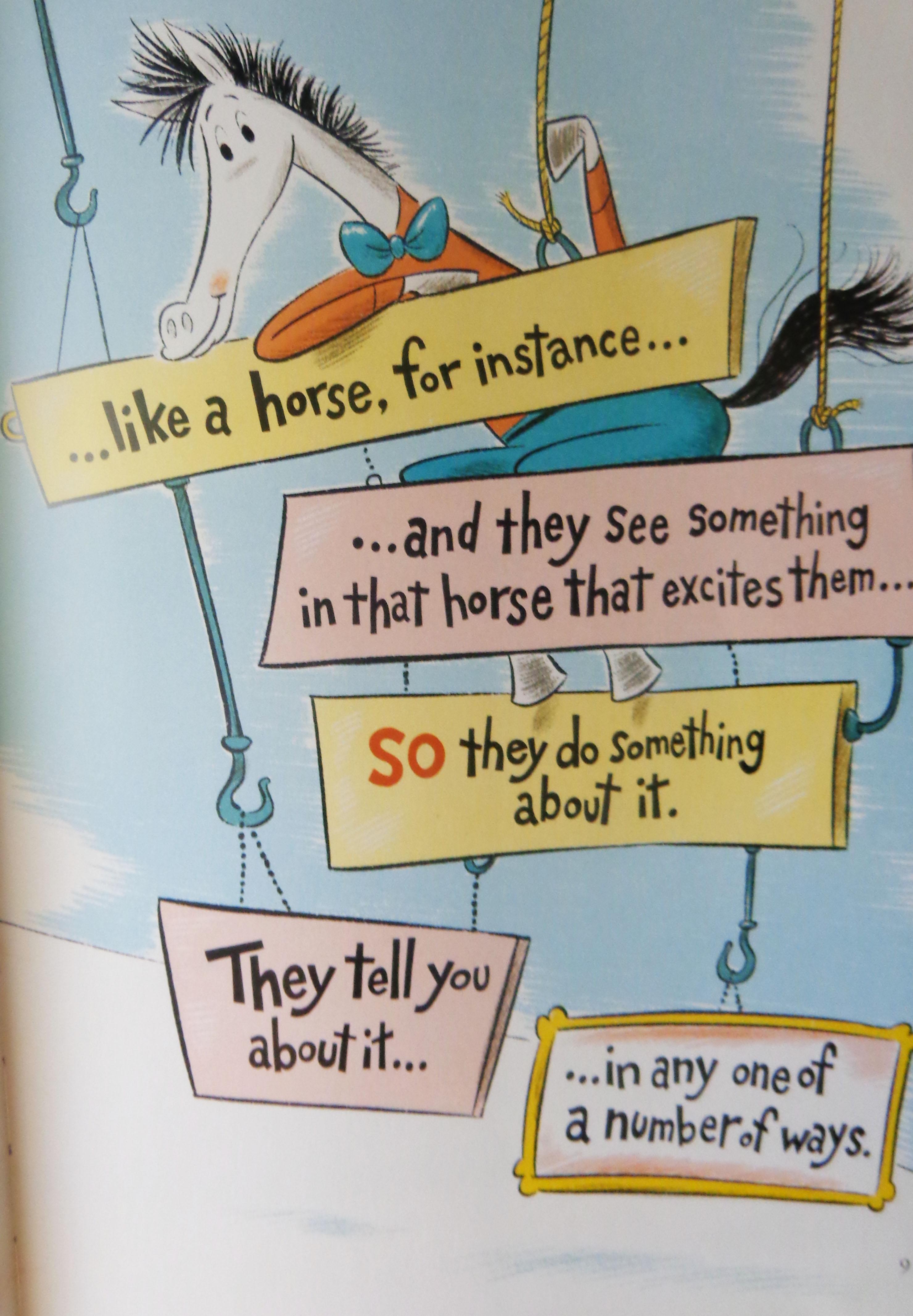 “Dr. Seuss’s Horse Museum,” written by the late Dr. Seuss and illustrated by Andrew Joyner, is a fun, delightful guided-by-a-horse gallop through an art museum showcasing the equine species. The illustrations are exactly what you’d expect of a Dr. Seuss book — fun, whimsical and vibrant. Sharp-eyed readers will see guest appearances by the Cat in the Hat and the Grinch hidden in the illustrations.

The focus of the book is truly the many styles of art, horses just happen to be the subject of the art. That’s not to say this isn’t a good read for any horse-crazy kid (or kid-at-heart), it is! It just means it’s a book with something to offer everyone and something to teach everyone. I learned a few things about art reading this. “Horse Museum” features a variety of art ranging from classical to modern and abstract, and includes work by artists such as:

And many more — both obscure and well-known! My favorite piece showcased in the book? A woodcut titled “Lyrical” by Kandinsky. The only thing I’d change, in terms of the art showcased, is I’d maybe include some Pop Art pieces with the other modern art (such as Andy Warhol’s “Grevy’s Zebra 300” though I don’t believe Pop Art existed when this book was first drafted by Seuss) but otherwise this book covers every conceivable art movement that has ever featured a horse. The “About the Artists and Works Included” section at the end is a great touch that makes the book that much better! 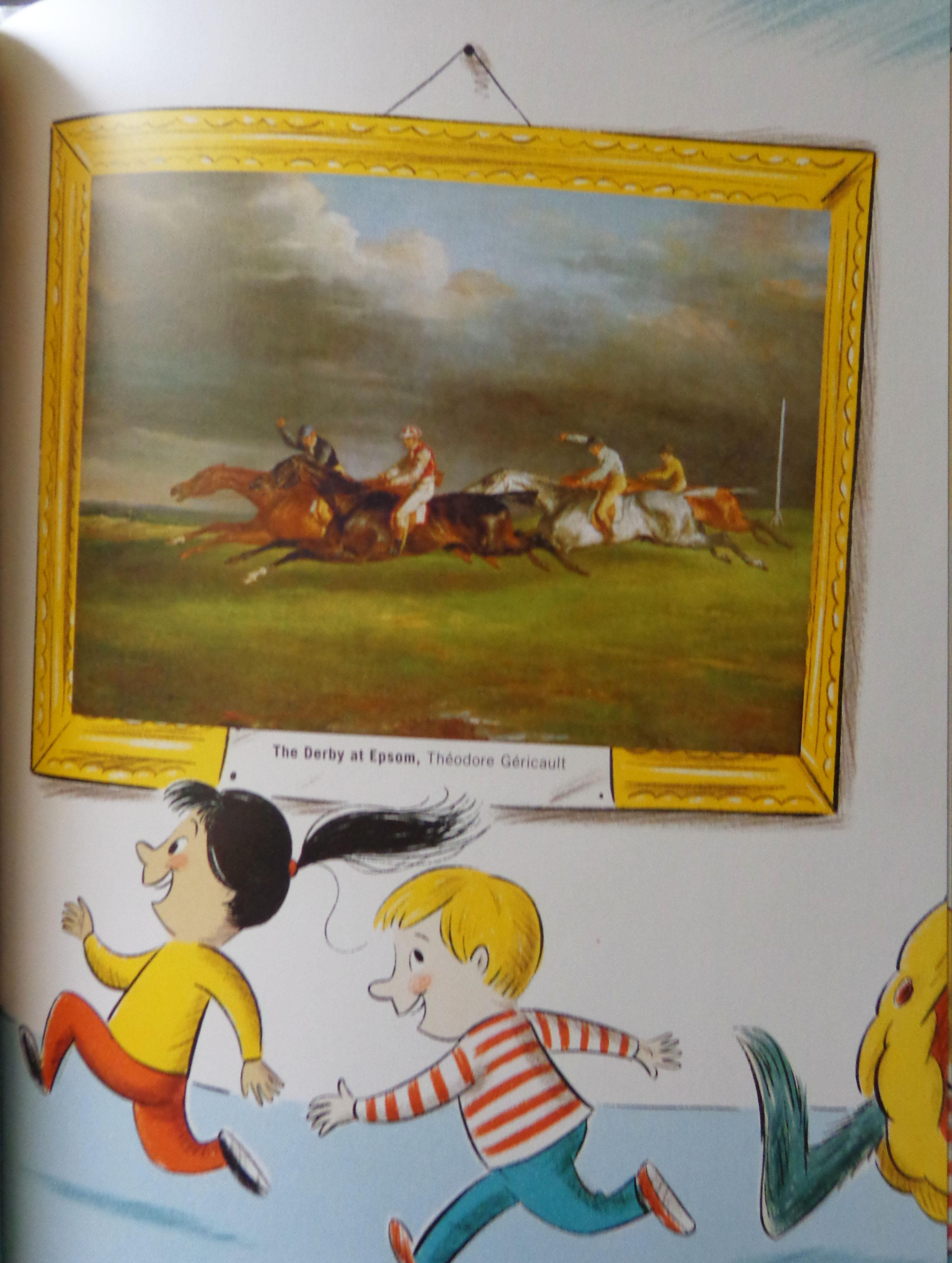 Theodore Gericault’s “Derby at Epsom” one of many works of art featured in the book. Photo by Noelle Maxwell.

“Horse Museum” has an interesting backstory behind how it came to be. Dr. Seuss, per the publisher’s notes in the back, always had a strong interest in art, obviously. In 2013, Seuss’s wife, Audrey Geisel, discovered a box of manuscripts and sketches, one for “What Pet Should I Get” (published 2015), the other for “Horse Museum.”

Neither manuscript was dated, but both are estimated to be from the early 1950s, around the same time that Seuss wrote a script for the educational TV show “Modern Art on Horseback.” About three-quarters of “Horse Museum’s” manuscript was found in the box, Random House completed the missing sections of the text, and hired Joyner to illustrate it. Fun Fact: Joyner’s illustrations for this book were all drawn on an iPad Pro using an Apple Pencil.

I did find one thing surprising, though. This book doesn’t really rhyme. Despite the unexpected lack of rhyming, this is still an excellent book. With the holidays coming up, this is a perfect gift for the horse-crazy child in your life!