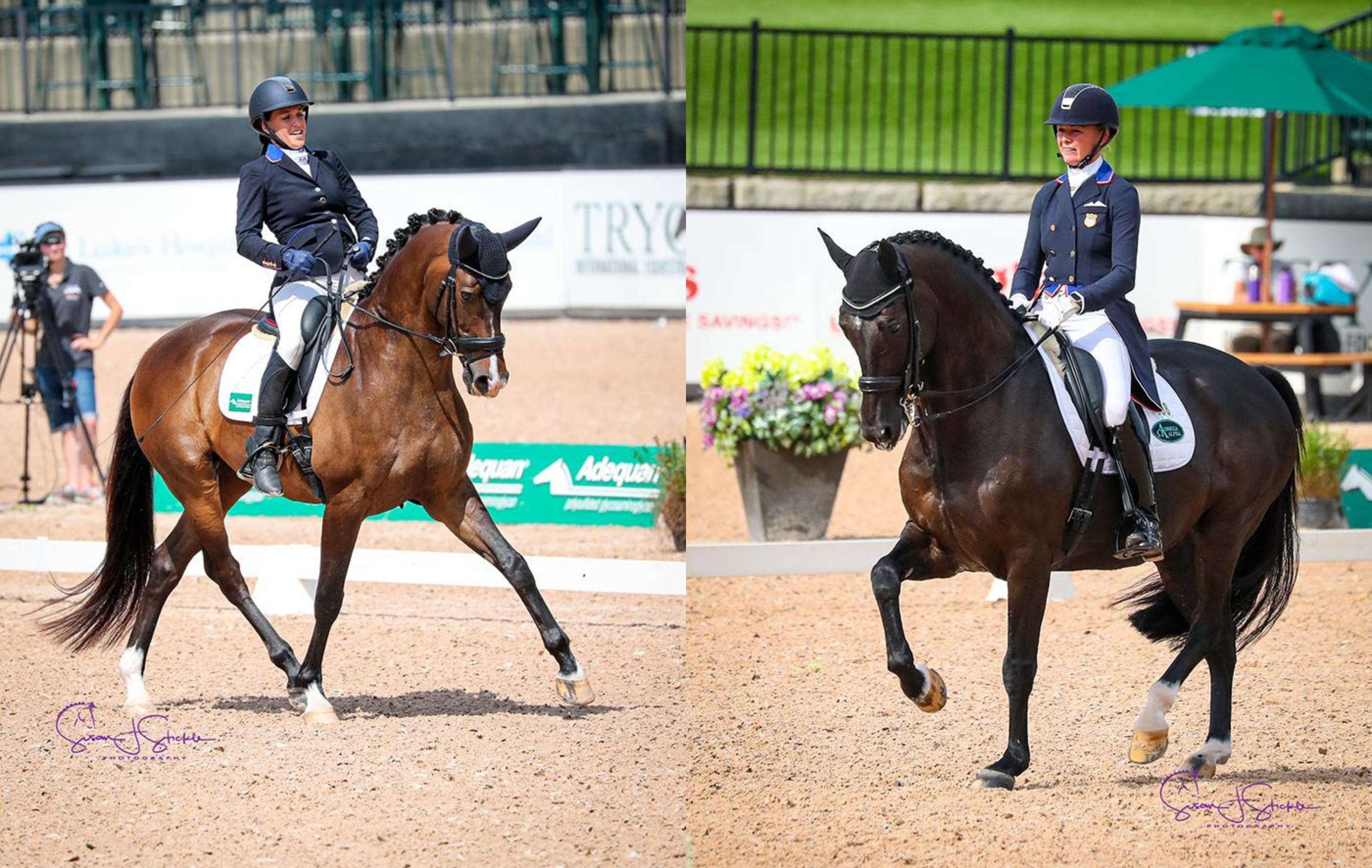 Both riders have their sights set on the 2020 Tokyo Olympics, and with their respective wins, their podium dreams are now one step closer to reality. 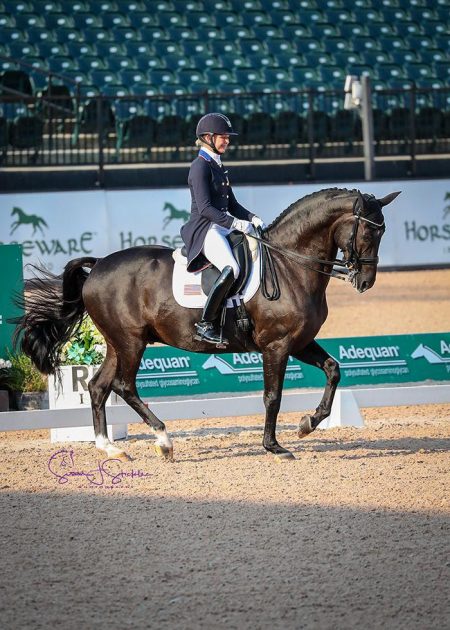 On Friday, Katherine and Alcazar posted a 69.196% to win the FEI Grand Prix CDI 3* by a sizable margin of nearly six percentage points.

Katherine explained that she and the 2005 Dutch Warmblood gelding (Cantango x Polina, by Ferro), owned by Jane Forbes Clark, have been working together for seven and a half years now, during which they have had to face many challenges: “It’s been a long journey with a lot of ups and downs, but he’s a horse that we’ve always believed in and I’m excited for him to start to come into his own.

“We’ve just come off a European tour with a lot of atmosphere, and a lot of big shows. We were on the Aachen Nations Cup Team and he was really super there. He actually is one of those horses that the bigger the environment and the bigger the show the better he gets and sort of rises to the occasion,” Chandler continued, “I’m super happy with him [today]. He was so honest and made no mistakes — I couldn’t be happier with him!” 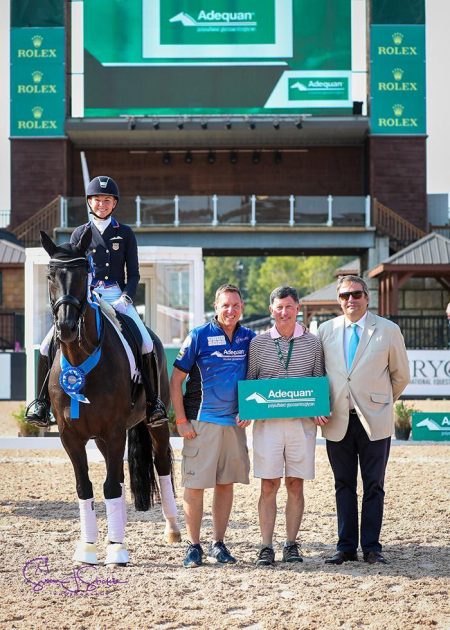 The pair repeated their Friday win with the top score in Sunday’s FEI Grand Prix Special CDI 3*, a 70.341%. Alcazar, she says, was “a bit more with me today. I’m a little happier with this ride, because he’s another two days down the road of being in the heat, and sort of it’s been a little tough for him. He came off a lot of atmosphere in Europe, so now he’s a little like, ‘what happened to everybody?’ This has been an amazing show and he felt a bit more with me today.” 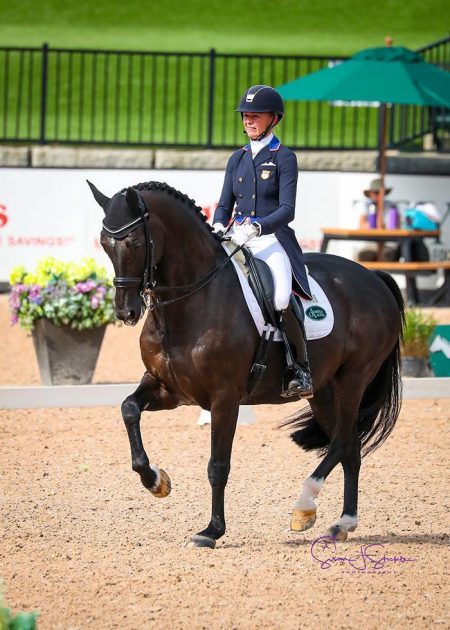 The Florida-based rider, who competed in the 2010 World Equestrian Games but missed coming to Tryon in 2018, enjoyed a Grand Prix win on her first-ever trip to TIEC. “It’s an amazing venue,” she said. “This is truly a world-class venue with beautiful stabling, which always really matters to us. We’ve got fans in the stalls, which really helps with the heat. The footing here is perfect, and the staff has been great. We stayed in one of the cabins here, so that was really fun. We just brought our bikes and didn’t have to worry about driving back and forth, and always had a place to eat every night, so you can’t beat that!” 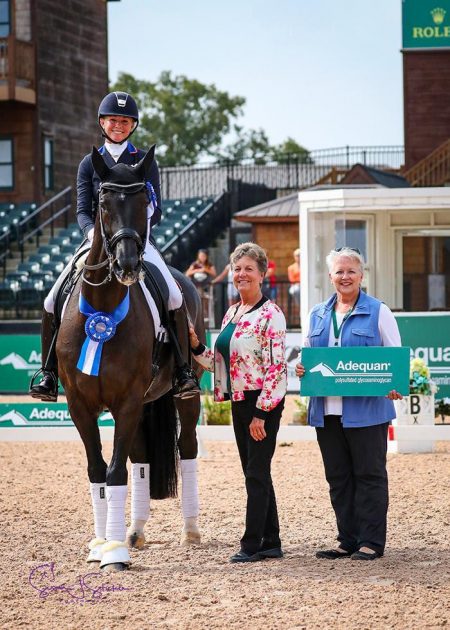 Her next goal is … a little further from home.

“Our next goal is Tokyo, so that’s why we’re here,” she said. “To qualify we have to do four Grands Prix, and I wanted to get one in, so I didn’t have all the pressure of getting them all during Florida, and to get one score under my belt. My goals [for this weekend] are to get in the ring and get experience, and to get my scores as high as I can before going into the Florida season. I’ve never actually been here before; I’m so impressed, and it’s a beautiful facility.”

Next stop: “After this show, I’ll go back to Wellington where we’re based, and then in January, the circuit starts!” 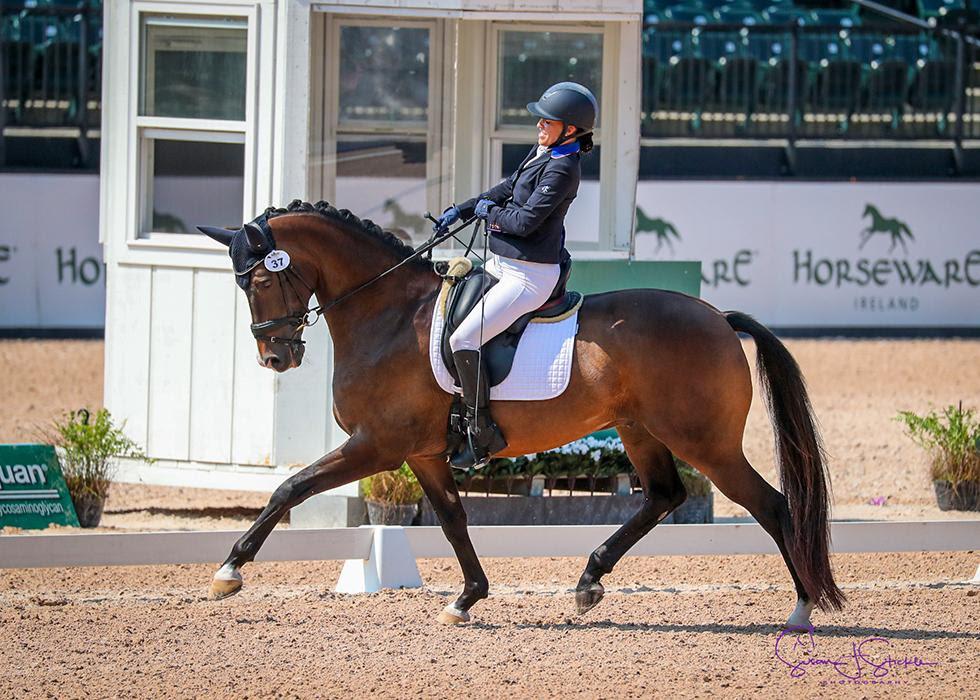 Last week we shared with you a Q&A with Rebecca as she prepared to tackle the 2019 USEF Para Dressage National Championship at TIEC. She came, she saw and she conquered, besting the Grade III Team Test competition on a score of 71.226% as well as the FEI CPEDI 3* Freestyle Grade III on 69.556%.

Like Katherine, Rebecca has a trip to Tokyo in the crosshairs.

“This is kind of our first technical qualifying event for Tokyo. He felt amazing today,” she said of the 2009 Dutch Warmblood gelding (Wynton x Urieta Texel x Goodtimes) owned by Rowan O’Riley. “We had created a plan leading up to this event on how we wanted everything to go, and so far the plan has worked accordingly and we’ve been able to do everything that we wanted to.” 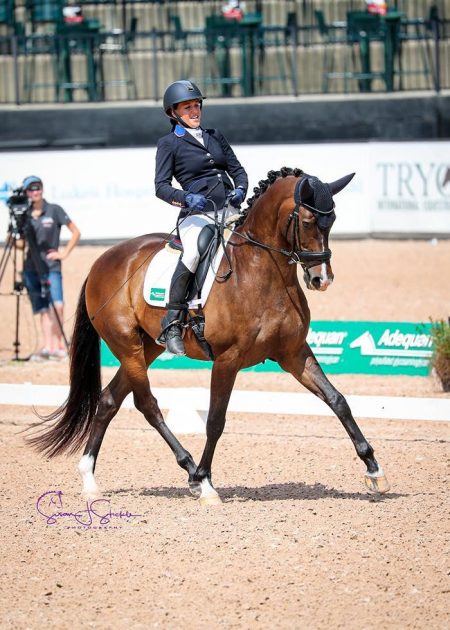 While she’s “actively campaigning for Tokyo,” Rebecca explained, for now the plan is to continue their progress. “I just want to continue with the progress we have made. I hope he has very confident and encouraging rides moving forward so that we can build and bring in the dynamic and expressiveness that I know we can. We’ve got two more events in January in Wellington, and then a final observation event after that.”

Rebecca is no stranger to the TIEC venue, as just a year ago she made history as the first U.S. Para Dressage athlete to claim a medal at WEG, later securing a second medal in the team competition. “I love showing at Tryon,” she said. “The arena we are competing in this weekend has special memories for me, as it’s where we received our medals from the Tryon 2018 World Equestrian Games last year, so it’s always nice to come here. It’s a great feeling and it has a nice vibe to it.”

Rebecca’s Favorite Draper Therapies Products: “Stable sheet, anti-sweat sheet, and saddle pad. Anything to help keep their backs comfortable and supple is huge in this sport.”