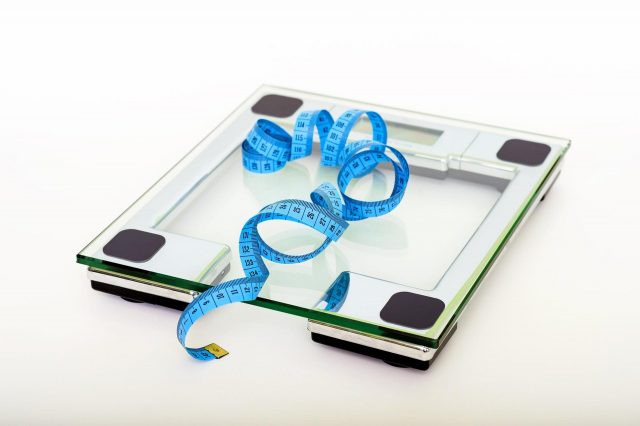 “My clothes, my measuring tape and my endurance all tell me I am getting thinner and stronger, despite the three numbers on the scale. So, … I decided to take full control of my feelings about myself and toss the scale out the door.”

I threw my scale out this week. As in, literally tossed it into a trash bag along with some other garbage and hauled it to the dump.

When I first began this journey towards health and fitness, I declared my intention to lose sixty pounds as rapidly as possible, train my mustang through First Level dressage (also as quickly as possible) and generally find happiness by being slimmer, fitter and riding a well-trained horse.  I also acknowledged that it was possible I would fail spectacularly.

I have not lost sixty pounds. So, from that perspective, I am a failure, pure and simple. And I could not care less.

As those of you who follow this column regularly know, my weight has remained virtually unchanged for over a year now. I’ve set hourly timers to makes sure I drink plenty of water. I’ve tried intermittent fasting. I’ve limited indulgences such as ice cream to once a month or so. I’ve counted steps, counted calories, counted weeks, counted pounds. I’ve tried a different job (for a whopping 28 days – what a dreadful experience!), lost a marriage, survived a life-changing wreck off my mustang and discovered an inner resilience I never knew I had in me.

And over the course of this journey thus far, I have come to realize that, literally since high school, I have allowed my self-esteem to be dictated by three numbers on a scale. When I was in high school, anything over 1-2-0 was fat. In college, 1-3-0 was fat. Then life hit full-on and, over the intervening years, my weight yo-yo’d between 1-3-5 and 2-0-7. When I saw 1-6-3 on the scale after having been 1-5-1 for a few years, I damned myself for being undisciplined and overindulgent. When I saw 1-6-3 after having been 1-8-2 for a few years, I still condemned myself for not getting to 1-4-7 or 1-2-7.

For decades, I put incredible pressure on myself because I did not want to be one of “those women.” You know the ones — they reach age forty something and “let themselves go.” Bless their hearts. The world condemns such women mightily, using dreadfully depressing adjectives such as “chubby” or “pudgy” or “middle-age spread” or whatever. And I was dead-set on not joining that club of chubby middle-aged women. I detest the word “chubby” and recoil when people use it to describe me to my face.

The scale was my judge and my own self-talk was the harshest jury on the planet. And thus my self-esteem was executed, slowly, painfully, and without mercy.

And, to compensate for the constant self-loathing that, being inside my own head, there was no escape from, I ate. And ate. And ate.

No longer being thirty-something and surviving what could have been a lifetime-crippling wreck off Kaliwohi has changed my perspective to the point of throwing out the scale. I literally wasted my twenties and thirties wishing I was more/better/cuter than I was; feeling NOT.GOOD.ENOUGH. Decades of self-loathing have achieved nothing but wasted time. So I have come to a decision since last month’s column.

I have decided to let myself go.

I let myself go riding: not for competition, but whenever and wherever I want to ride, on sweet Kaliwohi, without any expectations other than enjoying our time together. It’s odd, and sad, that I respect every horse on the planet, regardless of size or shape, for who that individual is — including Kaliwohi (he is 14.2 hands, 950 lbs, built like a tank and strong as an ox; hardly the “ideal” dressage mount, yet my preferred riding partner) — yet, until recently, never gave myself that same grace. Ah, Esther, perhaps you are finally growing up and accepting who you are, not who you wish you were. #PressureRelease 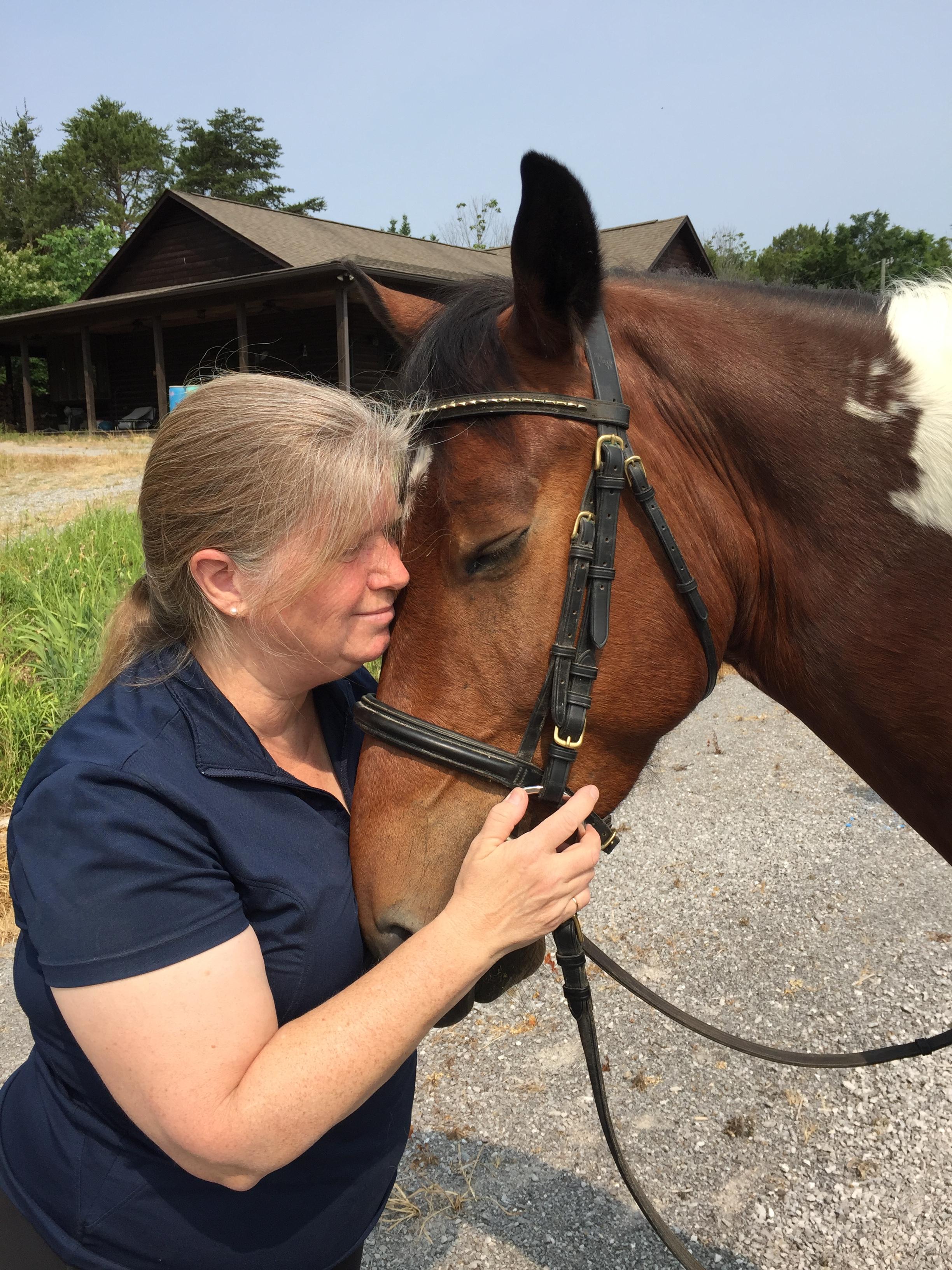 Kaliwohi, my beautiful wild mustang and riding partner. I have earned his complete trust, and that means more than any ribbon or trophy ever could.

I let myself go get a great haircut, and took a selfie to enjoy the style, while ignoring the fact that my jawline is not as tight and chiseled as those thinner than I, that my strawberry blonde coloring doesn’t give me lovely large “doe” eyes, or dramatically dark, upswept eyebrows, or romantic, wavy blonde curls. Were I a horse, I’d be a chestnut mare, with stick-straight mane and tail.  #INowAcceptThis 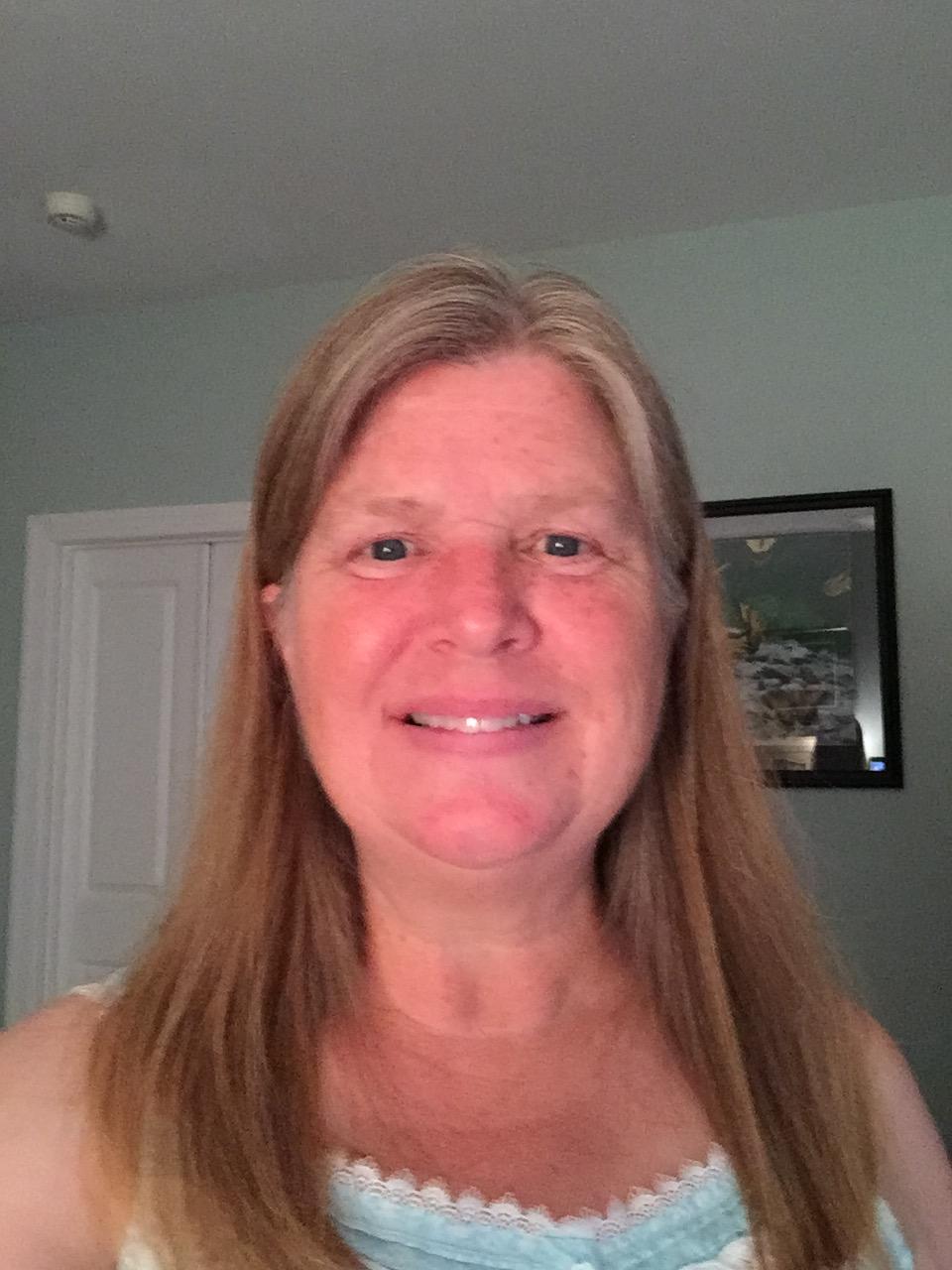 Rocking a great haircut and style!

I let myself go get ice cream with my mother. She is a young-at-heart senior, and each day reminds me to never take for granted the fact that my mother is still here to go do fun things like get ice cream together. 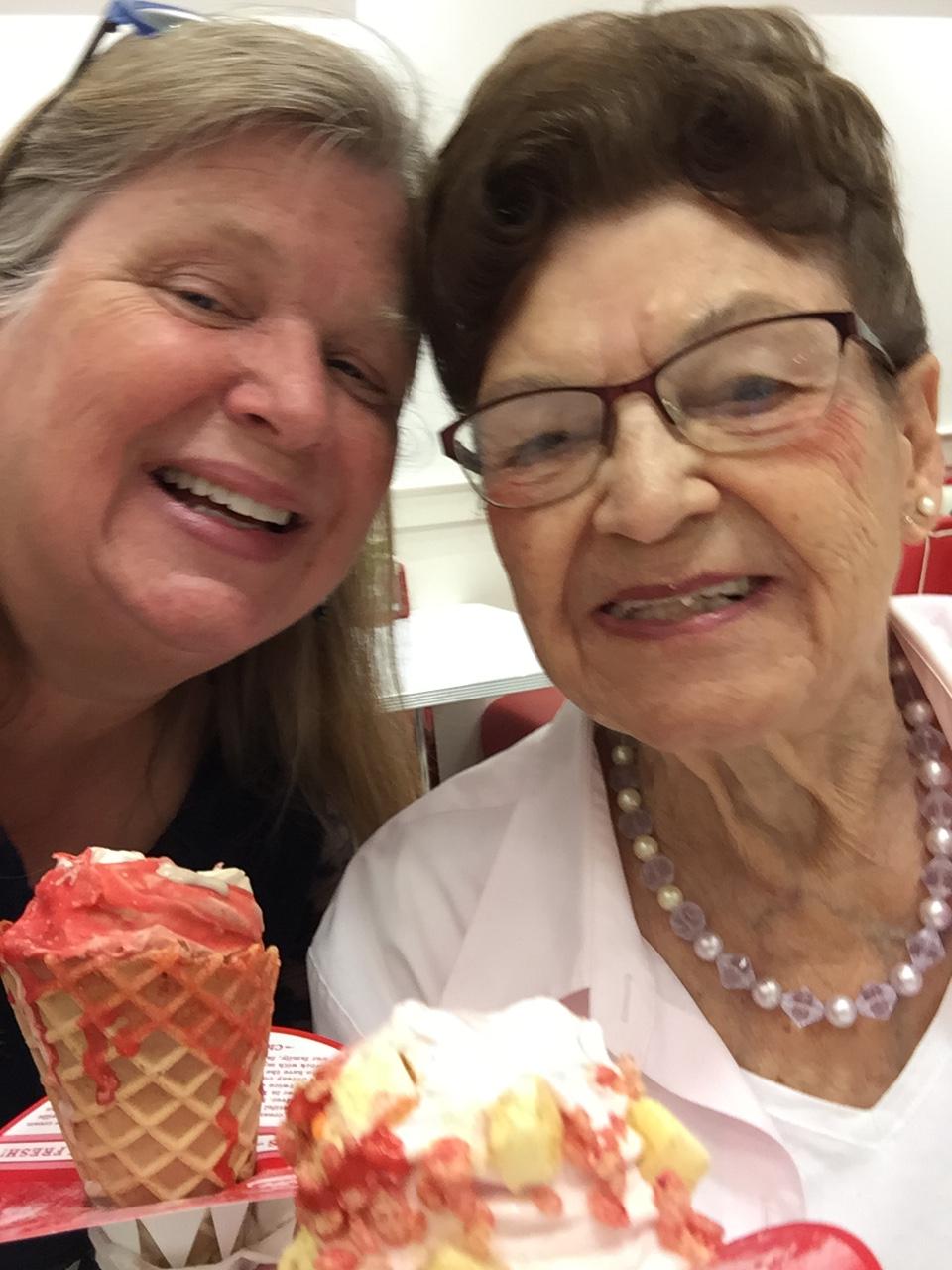 Selfie with me and my mom, Gretchen at a local ice cream shop! Delightful!

I let myself go run again. I love to run, even though I am a dreadfully slow runner. It takes me well over 30 minutes to complete a 5K. These days, thanks to DDPYoga, I’m feeling stronger than ever, despite last year’s riding wreck! I can even do a few push-ups and planks! Woo hoo! I’ve discovered virtual racing, which allows me to run wherever and whenever I want to and track my time with other virtual racers. I even get swag like in a “real” race, such as a medallion for finishing each race. While I miss the camaraderie of an actual, on-site race, the virtual race format means I don’t have to feel pressured or embarrassed when I’m in last place and the poor cop bringing up the rear of the racecourse has to follow me the entire way! #Win-win 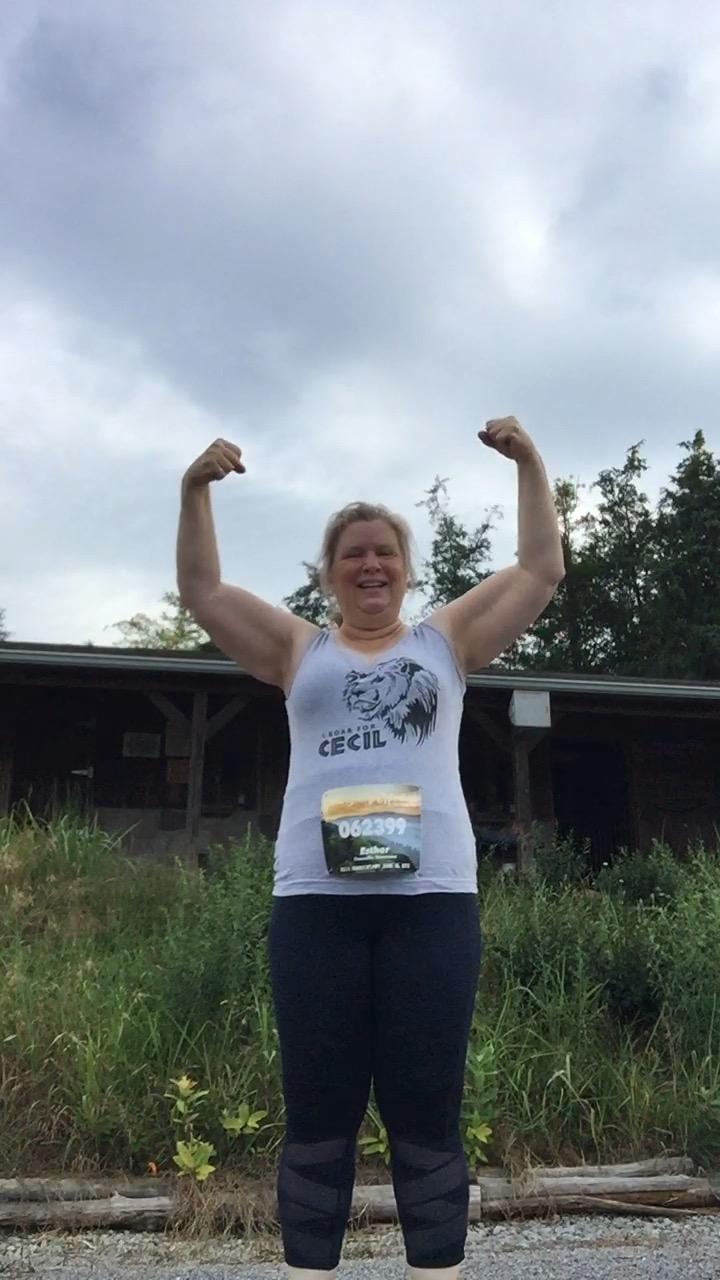 Back to running because I love to run, even turtle-slow!

I let myself go back to taking time for a quiet, leisurely breakfast. Okay, not every day, but I’m striving to do more than snarf a smoothie while scrambling through morning emails at my work desk. Meals should be savored and time is teaching me to enjoy every experience. 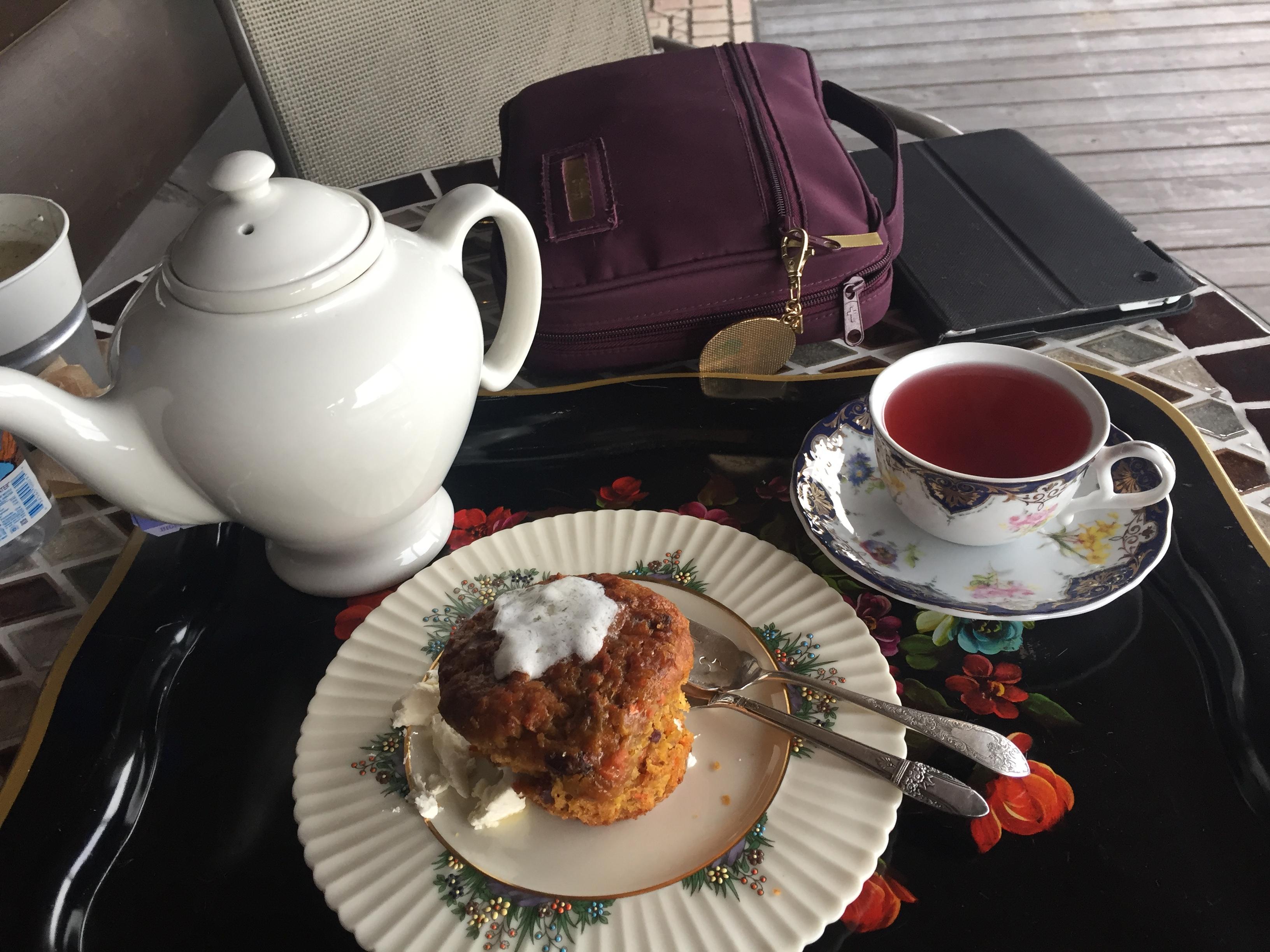 A lovely “girliegirl” breakfast, because I’m complex like that.

My clothes, my measuring tape, and my endurance all tell me I am getting thinner and stronger, despite the three numbers on the scale. So, after decades of allowing that little machine dictate my self-worth, I decided to take full control of my feelings about myself and toss the scale out the door. Raw honest: I considered using the little demon as cathartic target practice, but since the scale surface was glass, I decided it would have been too much trouble to clean up the pieces. So into the dumpster it went. I didn’t think. I didn’t blink. That’s the beauty of being an overthinker: it may take us decades to work out a problem in our minds, but once we’re there, we’re done. I do not plan to ever own another scale.

So I won’t be able to tell y’all when I’ve reached “sixty pounds gone.” Won’t know; don’t care. What I will be able to tell you — and can now at this moment assure you — is my progress as I get stronger, fitter, and slimmer.

I invite you to join me on this ongoing journey!