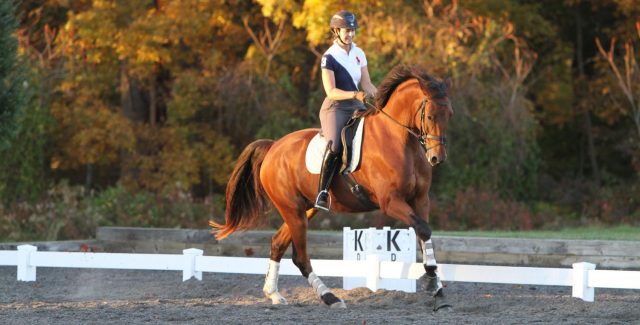 If you love classical dressage, you need to make plans to head to Landrum, South Carolina in early August! Blue Ridge Farm, home to international rider/competitor/trainer, JJ Tate, is delighted to be hosting de Kunffy, a master rider and USEF “S” Dressage Judge, for a three day clinic.

In anticipation of this rare opportunity to learn from one of the dressage world’s most experienced and respected horsemen, I asked JJ to give you, our HorseNation readers, some inside information regarding her lifelong student-trainer relationship with de Kunffy. 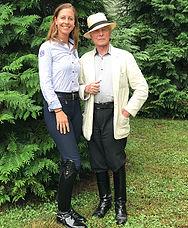 First, a little about JJ herself. She has a “lifelong obsession” with horses and began riding at age seven. She got her first horse when she was nine. Tate began studying with Charles de Kunffy when she was only 11 years old. Young Tate’s regular teacher, Gail Kelin, persuaded de Kunffy to teach a local clinic and Tate grabbed the opportunity to ride for the master horseman. De Kunffy began a regular rotation of clinics at Kelin’s barn, coming several times each year, and JJ rode her own horse and also catch rode others. This change-up of mounts accelerated her education, especially under de Kunffy’s classical tutelage.

As Tate progressed, so did de Kunffy’s oversight and involvement in her riding education. The partnership continues today, with de Kunffy coaching Tate regularly as she competes at the international level. 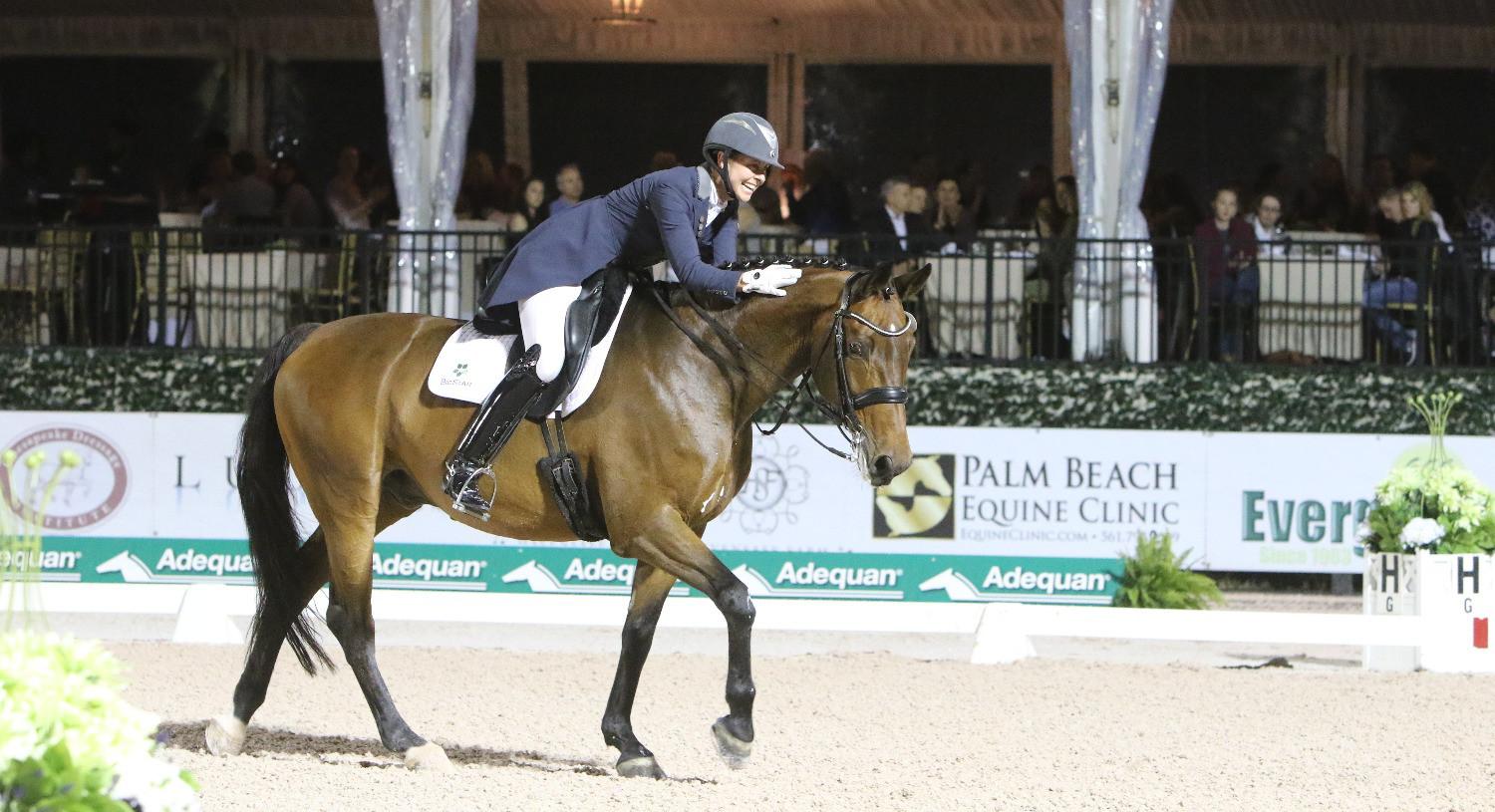 I asked JJ to share three things she has learned from de Kunffy. Her response:

1)  A knowledge and understanding of a systematic gymnastic system of developing a horse.

2) Developing my own character through horses as well as coaching my students to do the same.

3)  Understanding the proper exercises that help certain parts/weaknesses of each horse to fully develop their potential.

The admiration is mutual. De Kunffy says this about Tate:

“Jessica Jo Tate is one of those rare riders who excel[s] in competition while scrupulously maintaining a training protocol according to the classical riding traditions. One of the most talented riders of the thousands I have ever taught, JJ is also one who understands the science of riding and training and approaches the horse and his training in the correct frame of mind, understanding the events from the horse’s point of view, evaluating any and all actions by keeping the welfare of the horse in mind. JJ represents the rare bounty of body, mind and soul all serving correctly the horse’s well-being and evolution to top athletic performance.”

Auditors who attend the de Kunffy clinic can expect to learn “in depth and wonderful explanations of classical riding theory — de Kunffy is a well [sic] of knowledge and auditors will leave with many pages of notes!” Riders will gain practical application of classical theory and will feel such amazing results over the course of three short days; for many, a clinic with [de Kunffy] forever changes their riding and training to embrace de Kunffy’s ideas and teachings.

The clinic will be held August 2, 3, & 4 at Tate’s South Carolina facility, Blue Ridge Farm (Tate also has a winter training facility in Wellington, Florida). Blue Ridge Farm is home to Team Tate, which is comprised of FEI riders/trainers JJ Tate, Ashley Perkins and Jessica Davis. Nestled in the foothills of the Blue Ridge mountains in Landrum, South Carolina, Blue Ridge Farm is a 25-stall facility with paddock turnout and a covered arena. The facility offers training and instruction for all levels as well as select horses for sale.

August’s Charles de Kunffy clinic auditing fees are $50.00 for each day and $30.00 for each half-day. For more information on the upcoming clinic, follow this link.

Opportunities to learn from de Kunffy’s generation of classical masters are becoming more and more rare. I’ll be attending this clinic and writing about it after the event, so stay tuned! 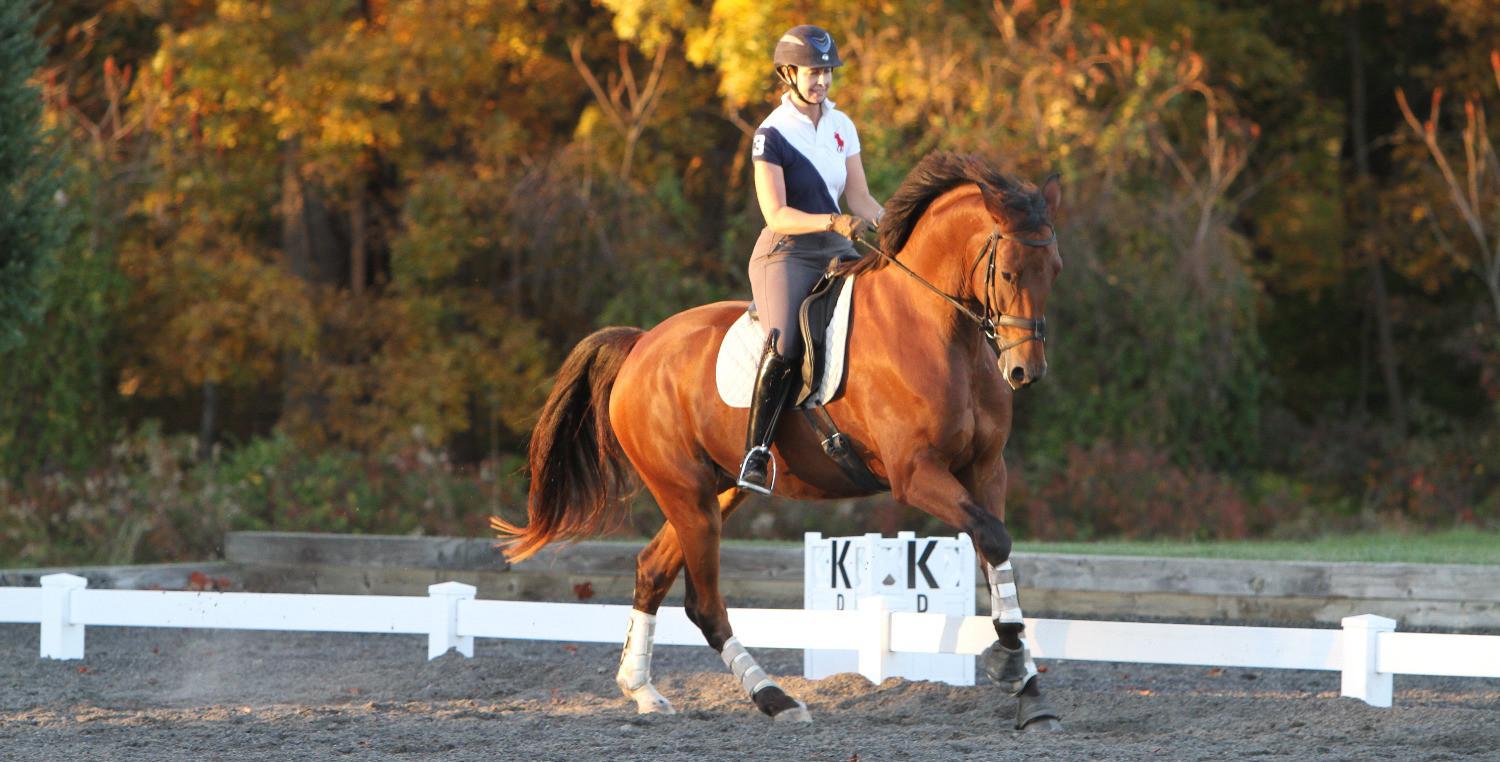 JJ Tate enjoying the extended canter on a horse in training. Photo by Richard Malmgren.