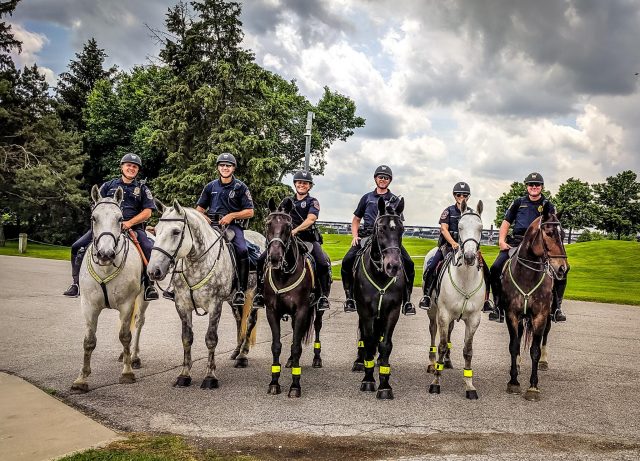 “I often feel the mounted patrols are forgotten or misunderstood and want people everywhere to recognize how beneficial and wonderful our mounted horses are to our citizens. “ 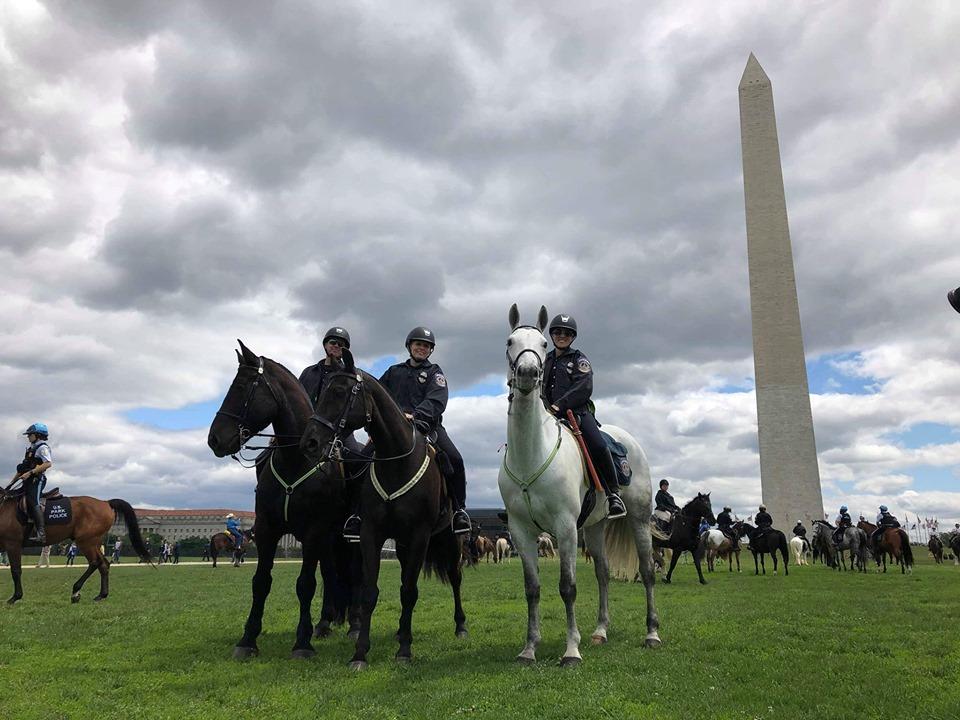 “Mounted patrol has always been a dream job,” said Phillips, “and positions in the unit don’t come open often. I fell in love with ‘that horse smell’ since the time I could walk and have been horse-obsessed my entire life; I’ve always owned horses, mostly pasture pets and trail riding. Prior to joining mounted patrol, I was in various proactive patrol units patrolling high-crime areas of the city. I loved being proactive and a positive influence in the areas I patrolled and loved speaking with the children in these areas, who sometimes didn’t have positive contact with police due to the negative environment and circumstances they were often in. I also worked as a school resource officer, which was a very fulfilling position, I loved making positive contacts in our local schools.”

Joining IMPD’s mounted patrol unit, added Phillips, “gave me the opportunity to pair my love for horses and desire to be a positive impact in my community. I’ve seen horses break down barriers in communities. People want to talk to and get to know us. I feel our mounted police horses are positive ambassadors for our city.” 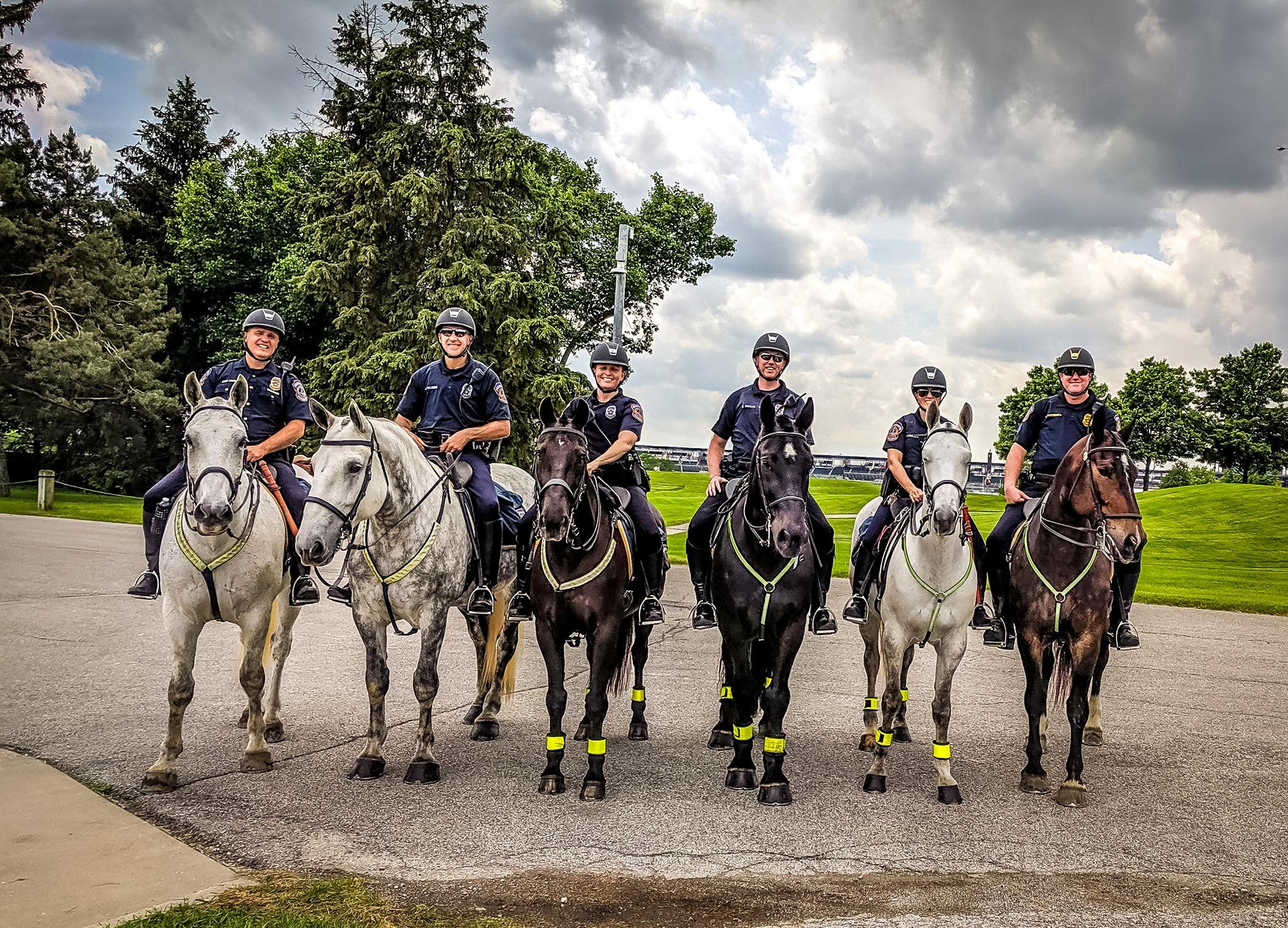 Phillips created Buzz’s page to “increase visibility and knowledge of mounted police horses.” She wanted to highlight how versatile the horses are, how they serve their communities, saying, “I often feel mounted patrols are forgotten or misunderstood, and wanted to reach across the world and let everyone know mounted units are needed and still a valuable asset to our citizens.” Mounted police horses, per Phillips, are “versatile enough to push a crowd one minute and be loving to children the next.” IMPD’s mounted police unit patrols sporting events, community days, and other local events; one standout event is the Indianapolis 500, which draws approximately 300,000 fans. IMPD’s mounted patrol participates in Carb Day, the 500 Festival Parade, and patrols in the event. Phillips said, “It’s a busy week, but we have a wonderful time and enjoy meeting people attending from around the world!” 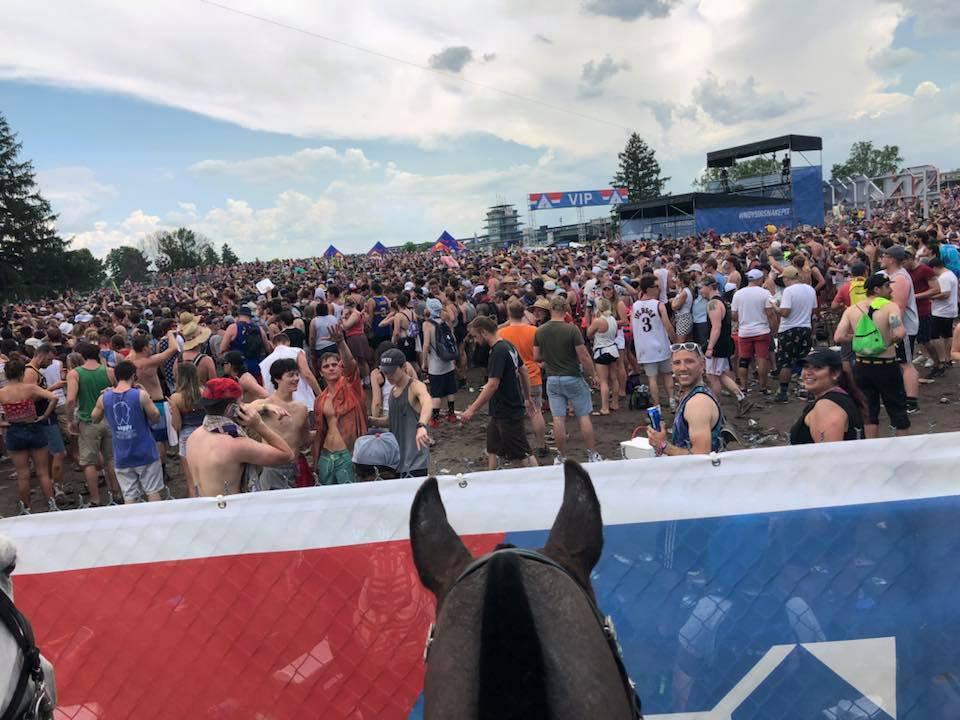 Phillips absolutely adores Buzz, who she’s ridden for two years. Buzz, named for astronaut Buzz Aldrin, is a 17-year-old Percheron/Thoroughbred cross bought from Lousiana’s Angola State Prison program in 2006, and he amazes Phillips with the circumstances he can handle. She said, “He loves little kids and often bends down to smell their head[s] and say hello! He’s very understanding and plays along with the skits we make up for Facebook and Instagram!”

A typical day on the job as a mounted police officer “varies depending on the detail we’re assigned,” said Phillips. Officers arrive, roll is taken, and they receive updated information and assignments. Afterwards, the horses are groomed, tacked up, and the officers go to their assigned details; if there aren’t assigned details, officers often get to choose where they patrol.

Phillips’s favorite part of the job? “I love that everyone’s happy to see us. I always say this is what it must feel like to be a firefighter. Everyone loves to see you coming. Often, as an officer, we’re seeing people at their worst; however, when patrolling on a horse, everyone greets you and goes out of their way to engage in conversation. People will come out of their houses to speak with horses on patrol. Driving the same street in a marked car, I’d never receive that type of reaction.” Phillips also loves seeing the versatility of the horses, who are used for crowd control and visibility, adding, “A police horse’s ability to transition from pushing a crowd to working community detail is awesome to witness.” 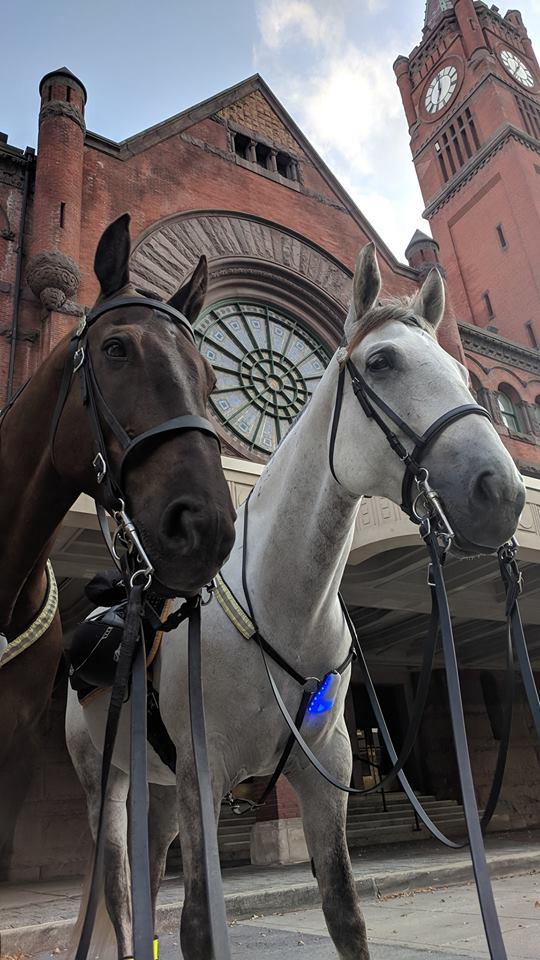 Police horses are regularly tested on their skills and when new horses join the unit, the basics are fine-tuned with an emphasis on groundwork. Per Phillips, the horses are “put through many obstacles offering questionable sights and sounds,” with a focus on getting horses to think, relax, trust, and accept the various scenarios they may encounter on the job. Initial training to build confidence is done in-house, then the horses are asked for more on patrol. Police horses take about one or two years to finish basic training and veteran-level training is never finished as there’s always something to review or fine-tune. 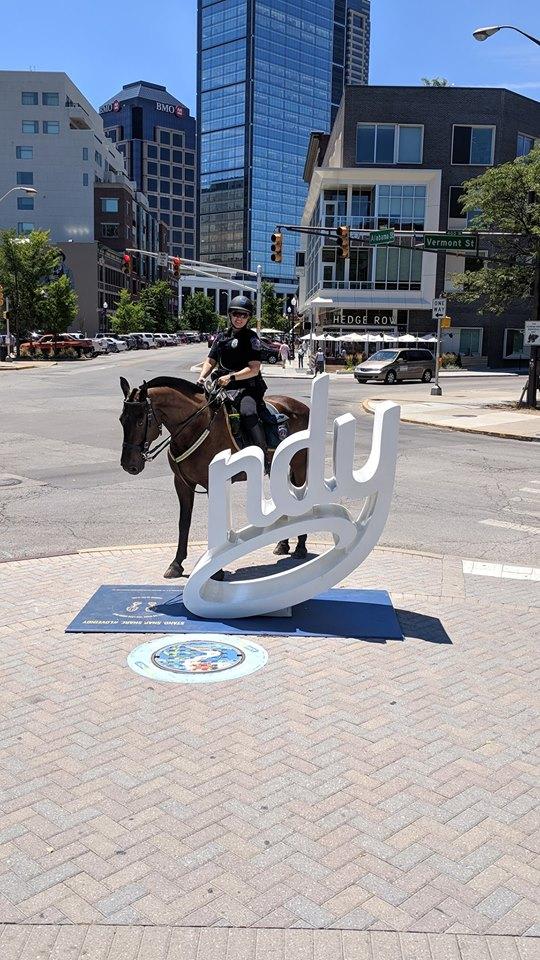 IMPD’s mounted patrol horses are currently seeking a new stable; the current area is being revitalized. Land for the new stable has been secured, and IMPD is now fundraising for the new facility. Readers can follow the plans and fundraiser at https://impdmountedpatrol.org/ Buzz’s Facebook page can be found here, his Instagram here, and IMPD Mounted Patrol’s Facebook page, here.