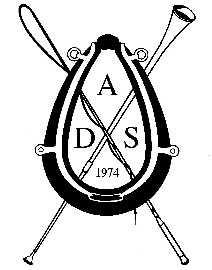 How the affiliate agreement termination impacts both organizations and their members and officials.

Recently, the American Driving Society (ADS) and USEF terminated their affiliate agreement. June 11, the ADS clarified why they terminated in a letter to members. We interviewed USEF officials and ADS president Daniel Rosenthal for the full story.

Per Rosenthal the ADS’s decision, “was unanimous.  We said we weren’t renewing our agreement, effectively terminating the relationship, but basically, we announced our intent [to not renew] and they said okay, we’re done. We terminated because it was our conclusion that it was no longer in the best interest of the majority of our members to be the affiliate. Driving’s a small sport and we’re a small organization and the time and resources required [to support USEF requirements and the affiliate relationship] were simply more than we thought right for us to devote, particularly when including the changes asked of us. We wanted to retain our competitive division, licensing process, and the rules we feel are the core of our identity. We believe in a broad, inclusive approach to recreational and competitive driving, so we couldn’t put the needs of the few over the needs of the many. I won’t go into a long discussion about the points where we felt one way and they felt differently, because what it came down to was, we looked at the entire relationship and said ‘this is simply not a good use of our resources.”

Rosenthal added, “That doesn’t mean we don’t want to have a strong and cooperative relationship with the USEF and that we’re not going to support the activities of advanced drivers in the United States, we certainly would like to. But, we have a core mission, we want to do what’s in our core mission, it’s been our core mission for 45 years and that’s where we want to focus. It’s in our bylaws, it’s on our website, it’s who we are.” 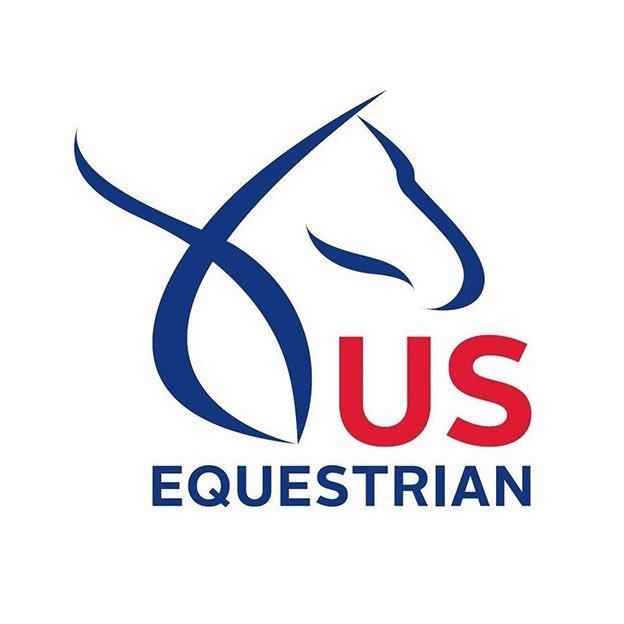 USEF CEO Bill Moroney was quoted in the June 11 press release as saying, “We recently met with ADS leadership and developed several proposals regarding competition licensing, licensed officials, alignment of rules and anti-doping for presentation to the ADS Board of Directors. We are very disappointed that the ADS Board of Directors was unwilling to accept these proposals required to keep our environment safe and fair, despite USEF’s best efforts to be flexible regarding their affiliate concerns. Ultimately, however, USEF cannot compromise on protecting our athletes, ensuring the welfare of our horses and maintaining the integrity of our sport.”

A June 12 Chronicle of the Horse article quoted Rosenthal, “The ADS and its board and members have, for 45 years, believed in fair sport, safe sport, and caring for the well-being of our equine partners and human competitors, to suggest anything else is absurd and offensive.” When asked about that statement, Rosenthal said he’d specifically made running that a condition of speaking to the Chronicle because he believed what he said. He added he had no idea why Moroney chose to say that in the press release, adding that Moroney “appears to want to give an impression that’s radically different than what we believe.” When asked to clarify Moroney’s June 11 quote, the USEF stated, “[We’re] not saying ADS doesn’t care about horse welfare but that there’s a disagreement on the proposals aimed at protecting our athletes, ensuring horse welfare, and maintaining the integrity of the sport. Both parties simply couldn’t compromise on those proposals.”

On future plans, USEF stated “[We’re] committed to making this transition seamless while still ensuring our driving athletes have access to resources and competitive opportunities to hone their talents. USEF isn’t required to name an affiliate for each breed and discipline. In the absence of an affiliate, USEF can fill the vacancy with the applicable breed or discipline committee. USEF is currently in the process of assessing the future needs of the driving discipline, including the role and responsibilities of a future affiliate.” On judging, the USEF consulted with driving and education officials and stated, “[We’ll] honor participation by USEF Combined Driving and Carriage Pleasure Driving officials and applicants in the upcoming ADS licensed officials clinic in Parker, CO, July 25-28, for USEF licensing and maintenance purposes. We’re also reviewing the method for providing interested ADS licensed officials with the comparable USEF license through a grandfathering process.”

The ADS’s plan is “to continue to support and encourage the development of carriage driving sports in the United States, both competitive and recreational, provide competitive and educational opportunities for our members and support for our organizers, and identify, train, and educate our officials. In short, to focus on the mission statement in our bylaws and stand on the sidelines cheering for our international competitors and the US team – all are ADS members,” per Rosenthal. 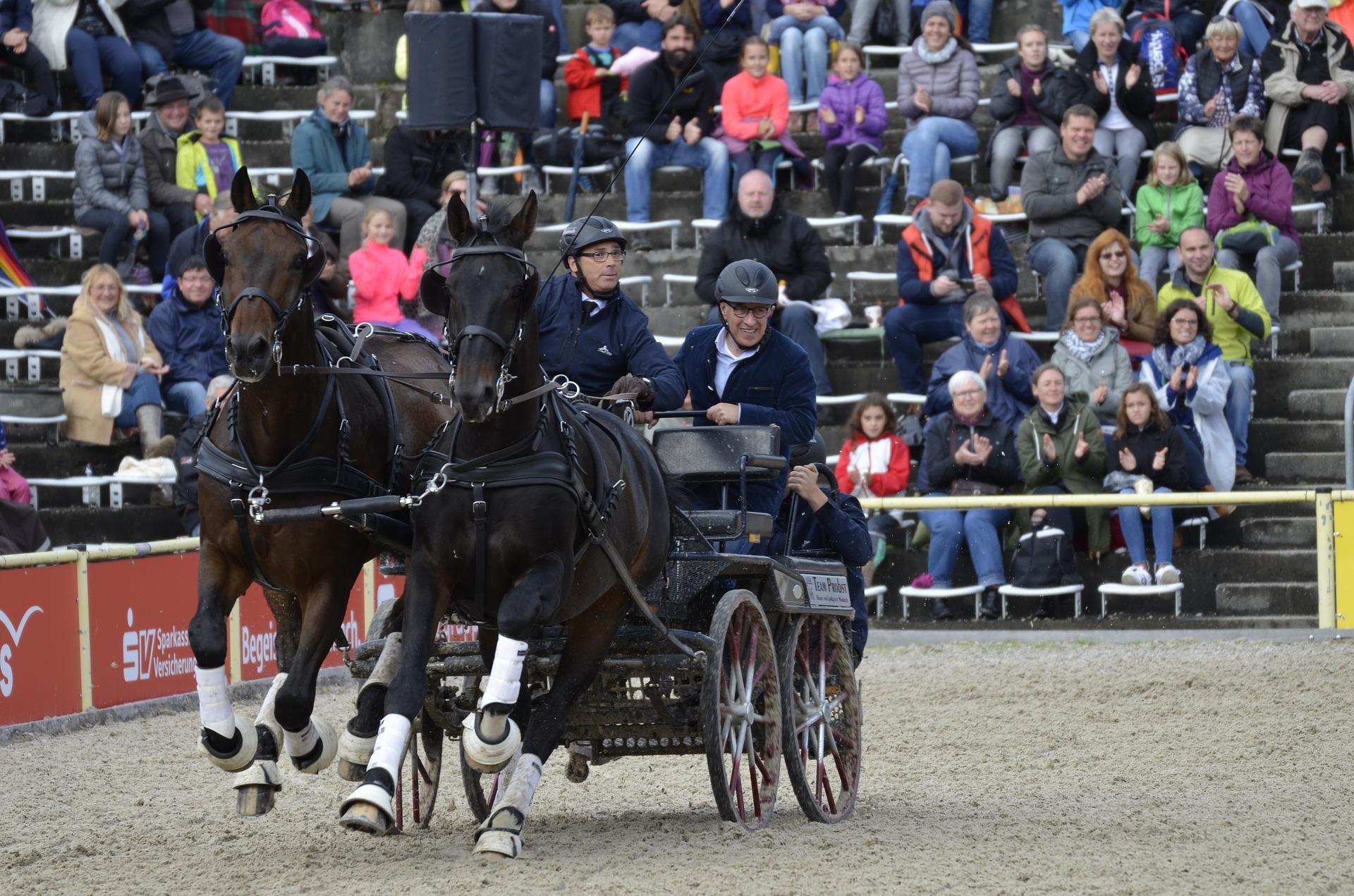 Regarding the impact on members Rosenthal said, “I think members will benefit from the fact that we’ll be able to focus on the core activities of the ADS and allocate our resources more in keeping with the percentages of our members. I don’t believe that the ADS has done or will do anything detrimental to our members and their ability to enjoy driving sports, I have some concerns that USEF rules will create difficulties for competitors, but I don’t know that because they haven’t made any definitive comments. We have competitions that are both USEF and ADS, the ADS is enthusiastic about keeping those competitions strong and healthy, it’s not clear whether the USEF will permit those competitions to exist, I hope they will, I encourage them to.”

Rosenthal emphasized, “the board and I are grateful for the support we’ve received from our members over the course of the last few days. It was a difficult decision, but in the end the fact that we voted unanimously to do it tells you how clear we were in our belief that this was right for the ADS.”

The USEF has over 144,000 members, over 1,800 defining driving as a primary or secondary discipline. The ADS has just under 2,000 members, with fewer than 50 competing at the FEI levels. Neither organization has specific data on how many members are dual USEF-ADS members, though Rosenthal stated that he’d previously been told by the USEF that there are roughly “300 USEF members who chose driving” as a primary discipline on their registration. When asked about concerns over other affiliates leaving, since the ADS is the second affiliate to do so this year, the USEF said, “no.”