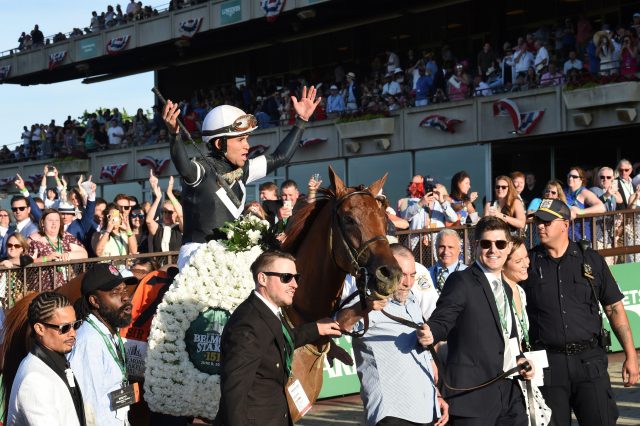 While it may not have been a Triple Crown year, the 2019 Belmont Stakes made a different kind of history for trainer Mark Casse, who is now one of only two trainers to win two legs in the same year with two different horses. HorseDoc® ‘Talking Horses’® with Dr. Gregory Beroza has the scoop. 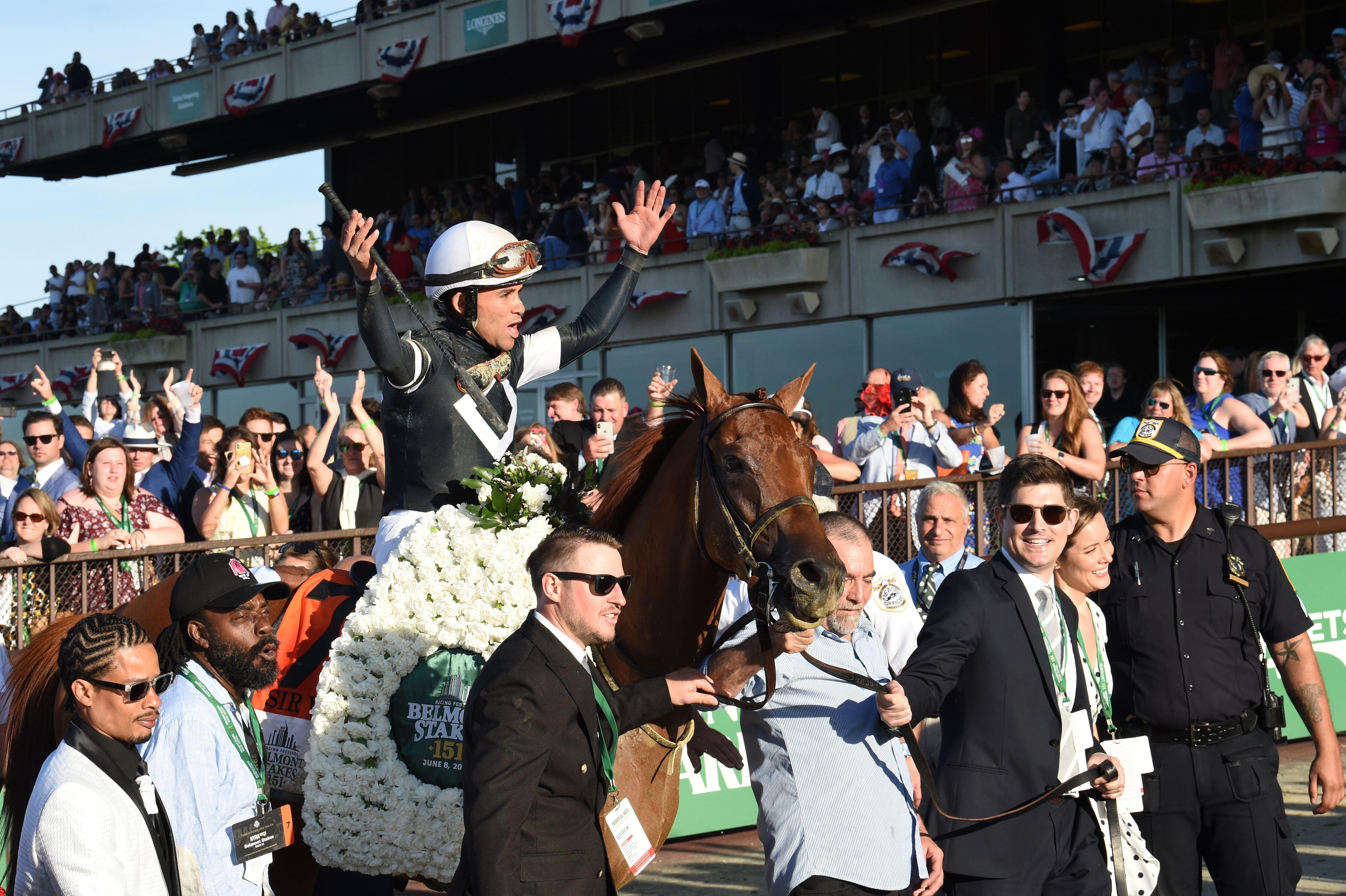 Trainer Mark Casse had a very interesting 2019 Triple Crown Series run. While this year there was no Triple Crown winner, there were several great contestants throughout the competition.  In the Kentucky Derby, Casse’s entry War of Will was involved in a disputable Stewart’s Inquiry which ended up setting back out of contention the first horse, Maximum Security, who actually finished first under the wire. War of Will ended up seventh in the Derby. However, War of Will went on to win the second leg of the Triple Crown, the Preakness Stakes. This was Casse’s first American Classic Series win for the race branded as the “Test of a Champion.”

This was Sir Winston’s first Grade 1 Stakes race. The oddsmakers listed him as a 12-1 underdog. The 9-2 co-favorite in the Belmont Stakes was Bill Mott’s more heavily campaigned Tacticus , who finished third in the Kentucky Derby. Tacitus had previously won the 1-1/8th mile Grade 2 Wood Memorial. Sir Winston’s greatest former accomplishment was a second place finish in the 1-1/8th mile Grade 3 Peter Pan Stakes. 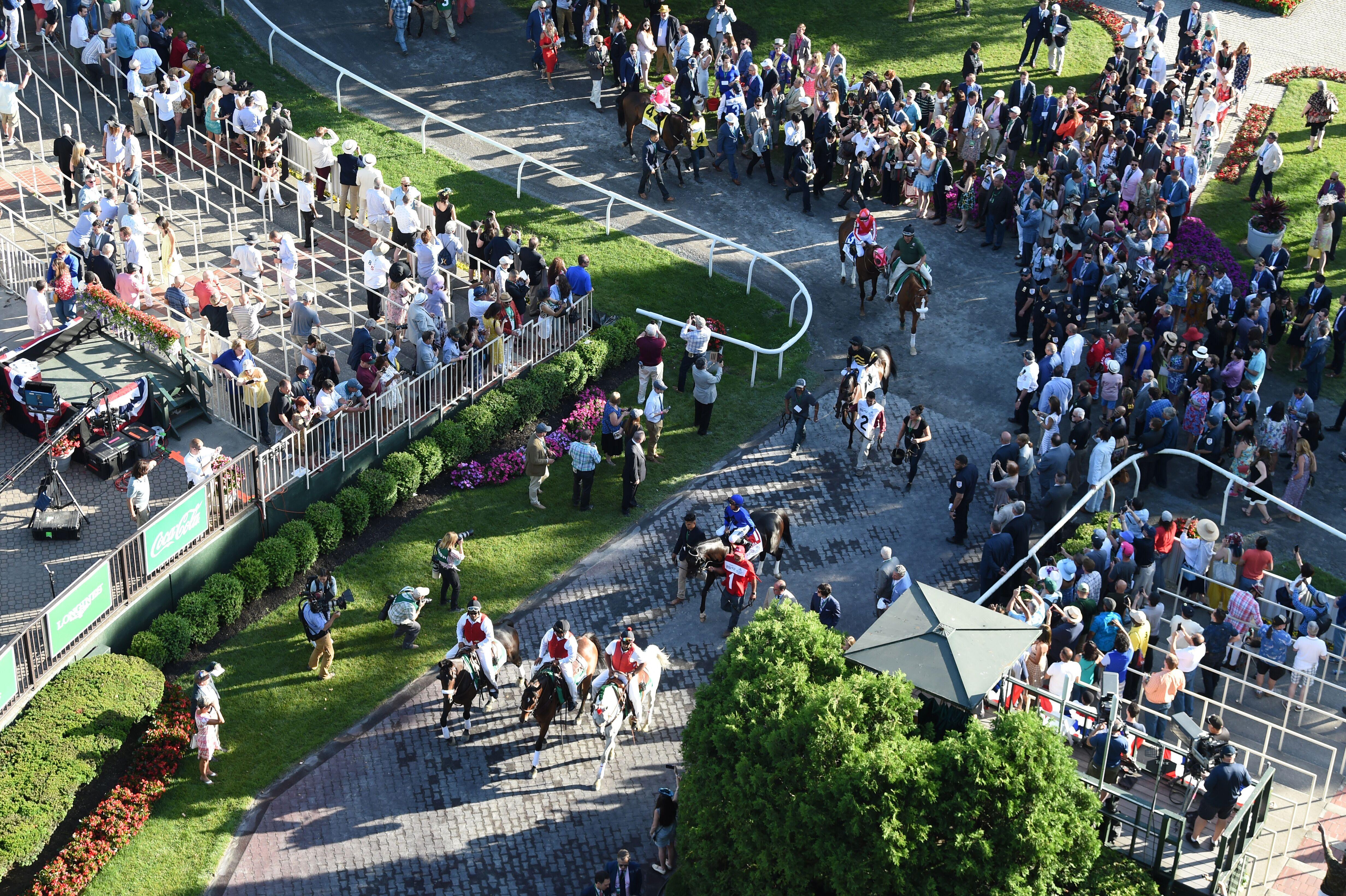 In Belmont’s pre-race saddling area, while all contestants were the best examples of fit and well-muscled thoroughbreds, Sir Winston was one of the least impressive physical specimens. However, size and physical characteristics are not necessarily the ultimate indicators of strength, conditioning and grit. To run a 1.5 mile race, perhaps the only time in a Thoroughbred’s racing career they will ever be asked to do such, it takes stamina and tenacity. On Saturday, June 8th, Sir Winston proved that he had more of both over his competitors in the Belmont Stakes. This race gave me flashbacks to 1985 when Hall of Fame Trainer Woody Stevens won the Belmont Stakes with Crème Fraiche, who was perhaps the least physically impressive Thoroughbred winner of a Triple Crown race.

Joel Rosario skillfully piloted Sir Winston from a cautious position deep within the racing pack and urged him toward the lead as they hit the last turn heading to the finish line; winning by a length. The order of finish in the 2019 Belmont Stakes was: #1 Sir Winston 12-1; #2 Tacitus 9-5; #3 Joevia 30-1; and #4 Tax 15-1.  Sir Winston beat some very impressive other horses and Casse looks forward to potentially entering his horse this summer in the $1.25 million Runhappy Travers Stakes on August 24 at Saratoga Race Course. Mark Casse, a member of the Canadian Horse Racing Hall of Fame, is one of only a few trainers to have now won two legs of the three race Triple Crown American Classic series; uniquely special with two different horses (Lukas 1995 & 1996).

Fans enjoyed race day at Belmont Park with perfect weather conditions.  The crowd of 56,000 recorded attendance was sizeable and all enjoyed a festive back-side entertainment experience, filled with vendors and exhibitors of food, gifts, meet and greet autographs, and the like.  While not a Triple Crown year, everyone enjoyed a great race day and a very competitively thrilling Belmont Stakes race.