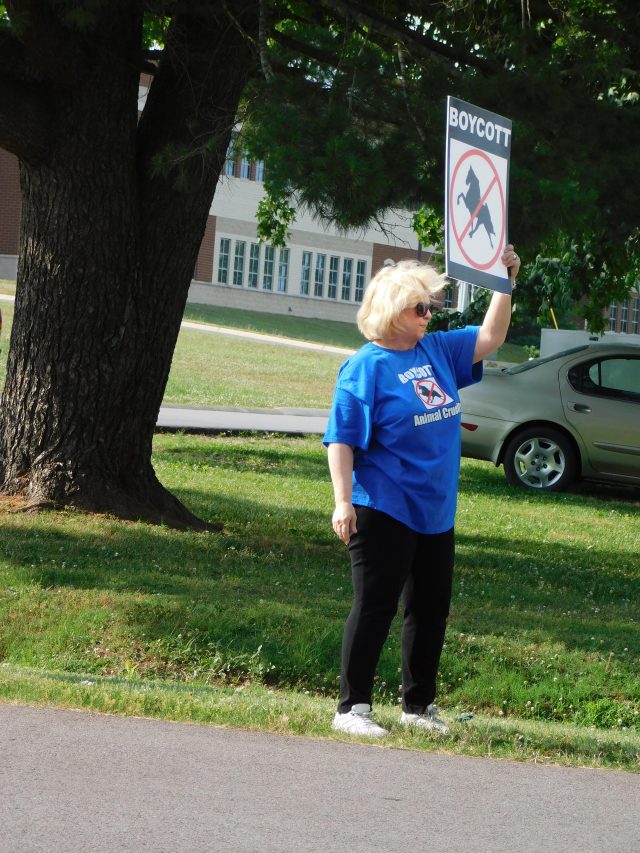 The view from the Spring Jubilee Tennessee Walking Horse Show.

The string of nine protesters brandished their signs at a mammoth horse trailer as it low-geared up the driveway to the show barns on Friday night of May 31st. For her fifth year, real estate professional Dorothy Swann stood for “the horses” at the Columbia Spring Jubilee Tennessee Walking Horse Show at the park show grounds in Maury County, TN.

Protesters holding their line. All photos by Candace Wade.

Dorothy shared that in years past the protesters had been taunted by some of the Big Lick exhibitors, one swerved his truck toward a protester. What I saw looked fairly tame. Protesters called out to “Stop the Big Lick” and some drivers smirked back at them — flipping a “thumbs down.”

Animated and dedicated, Dorothy shared, “I’m furious that the big lick [exhibitors] are allowed to make money off the suffering of these horses. We [in Maury County] are hosting these barbarians to come to our county.” She contends that many of the exhibitors come to Tennessee from surrounding states because the “big lick” is really “only allowed in two states – Tennessee and Kentucky.” They performed for a sparse group of spectators on Friday.

Performing in front of spectators.

“People don’t understand the difference,” Dorothy offered with frustration. She is not opposed to the flat shod horse shows where, “pain is not used to create the exaggerated gaits. This specific breed of horse was developed for the smooth gaits needed for long hours in the saddle to cover acres of large plantations.” Dorothy fears that most people in the rest of the country don’t know about or understand the “big lick” — the over-exaggerated gait that’s become synonymous with the acts of soring with caustic chemicals and applying stacked and weighted shoes. “Big lick is not natural to these horses and is not the heritage of these horses. People need to understand this.” 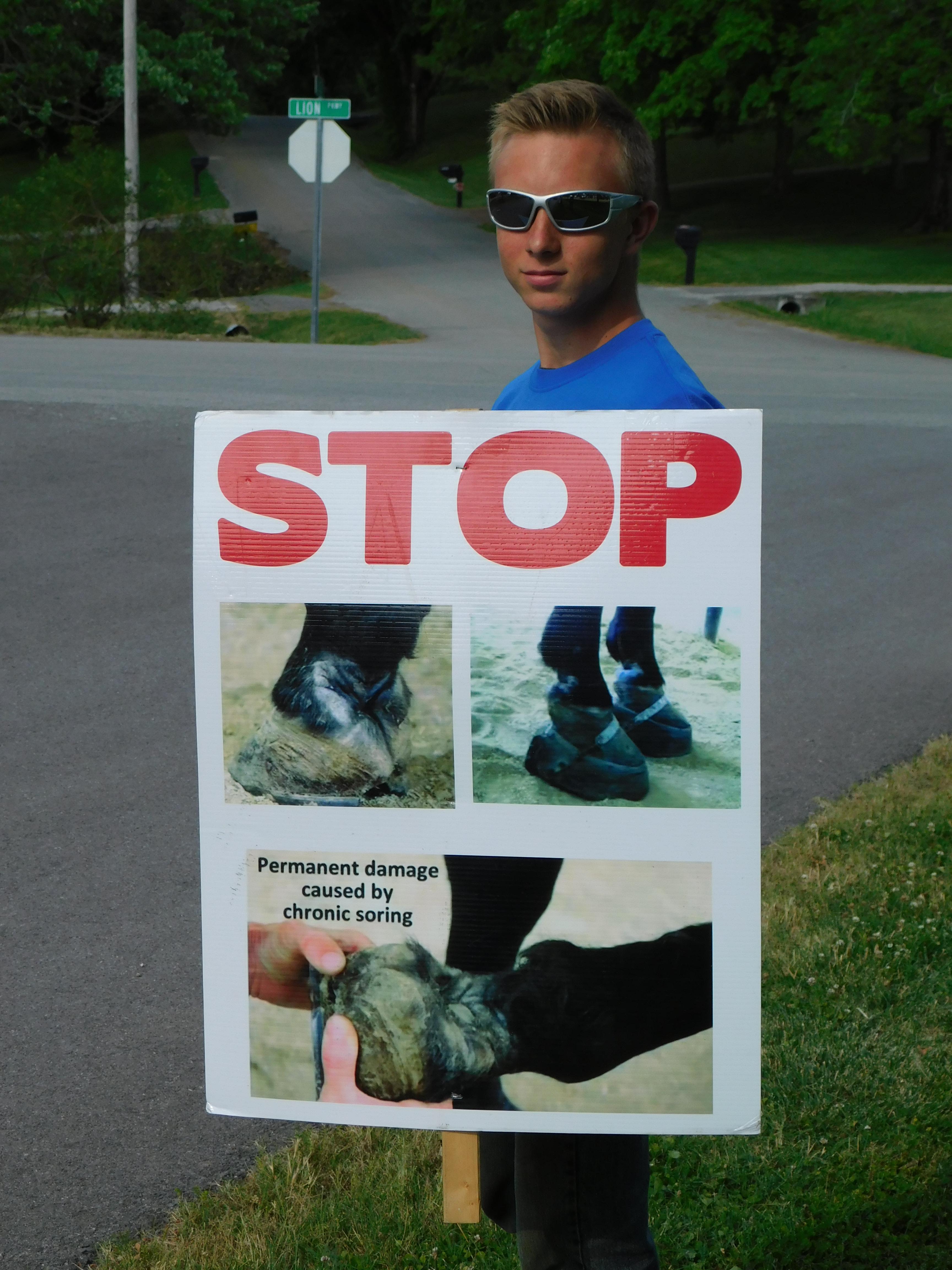 I could see a lively discussion between protest organizer, creator of Citizens Campaign Against “Big Lick” Animal Cruelty, attorney Clant Seay, and a sheriff’s deputy at the intersection that leads into the park. Dorothy pointed out that the deputy’s SUV is positioned to partially block the road in, which was designed to “block” access to the horse trailers, herding them to an alternate entrance so they would not be exposed to the gauntlet of protesters. The SUV and line of protesters shifted positions several times before I left.

The horse show — and the protests — continued through June 2nd. If the “big lick” horses return next year, they’ll pass Dorothy. She’ll stand on the road for them.