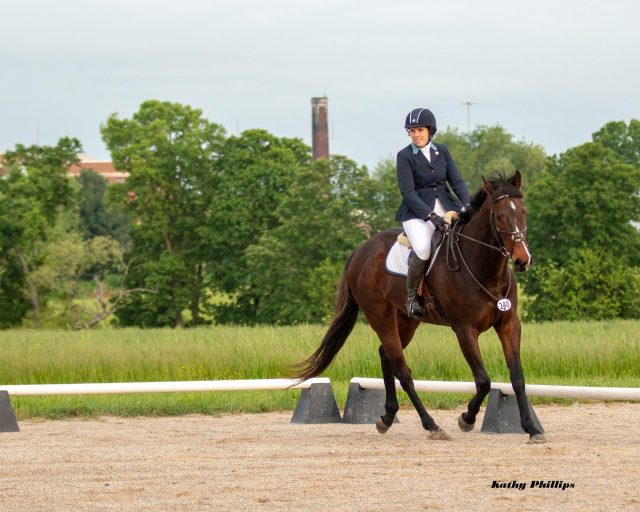 “I started to realize while that horse wasn’t meant to be my next eventing partner, I still managed to bring along a horse that other people loved to ride. All the time I spent wasn’t wasted.”

For 673 accepted trainers, the journey to the Retired Racehorse Project‘s 2019 Thoroughbred Makeover has begun! Over the next nine months, three of those trainers will blog their journeys, including their triumphs and their heartbreaks, successes and failures, for Horse Nation readers. Kristen Brennan is back today, sharing some motivation and inspiration about how to deal with “failure.” 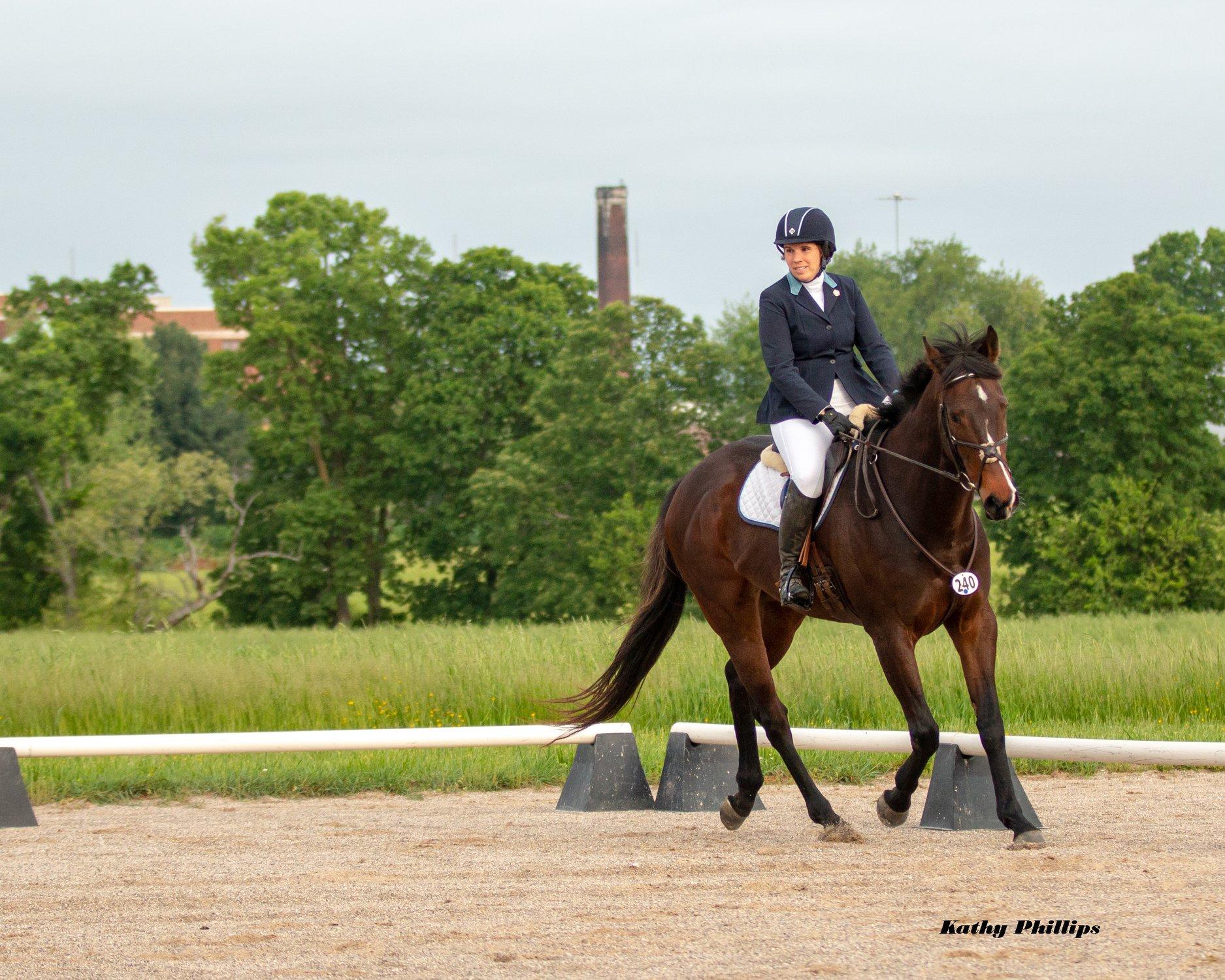 In early May, I sold one of my horses. While I had enjoyed riding Frankie early on, over the last two years our partnership had deteriorated to the point where we just quite frankly didn’t get along. There was so much good about that horse that I kept trying and trying to make it work, but in the end, I realized he would be happier with someone else.

When I posted him for sale, a friend of a friend inquired about him and before I knew it, he was on a trailer headed west to a home that couldn’t be more perfect. As I signed the paperwork, my emotions took me everywhere from feeling relieved and happy for him to feeling an immense level of sadness and disappointment. I think the melancholy surrounding the sale came from the fact that I felt like I failed him as a rider and as a horsewoman. That I wasn’t a good enough rider to make it work with him. That he was better off as someone else’s horse.

About a week after he left, I got a text from Frankie’s new owner describing how great he was doing and how much her students were enjoying him. She ended it with “We LOVE him!” I smiled as I read the text but didn’t think much about it the rest of the day. 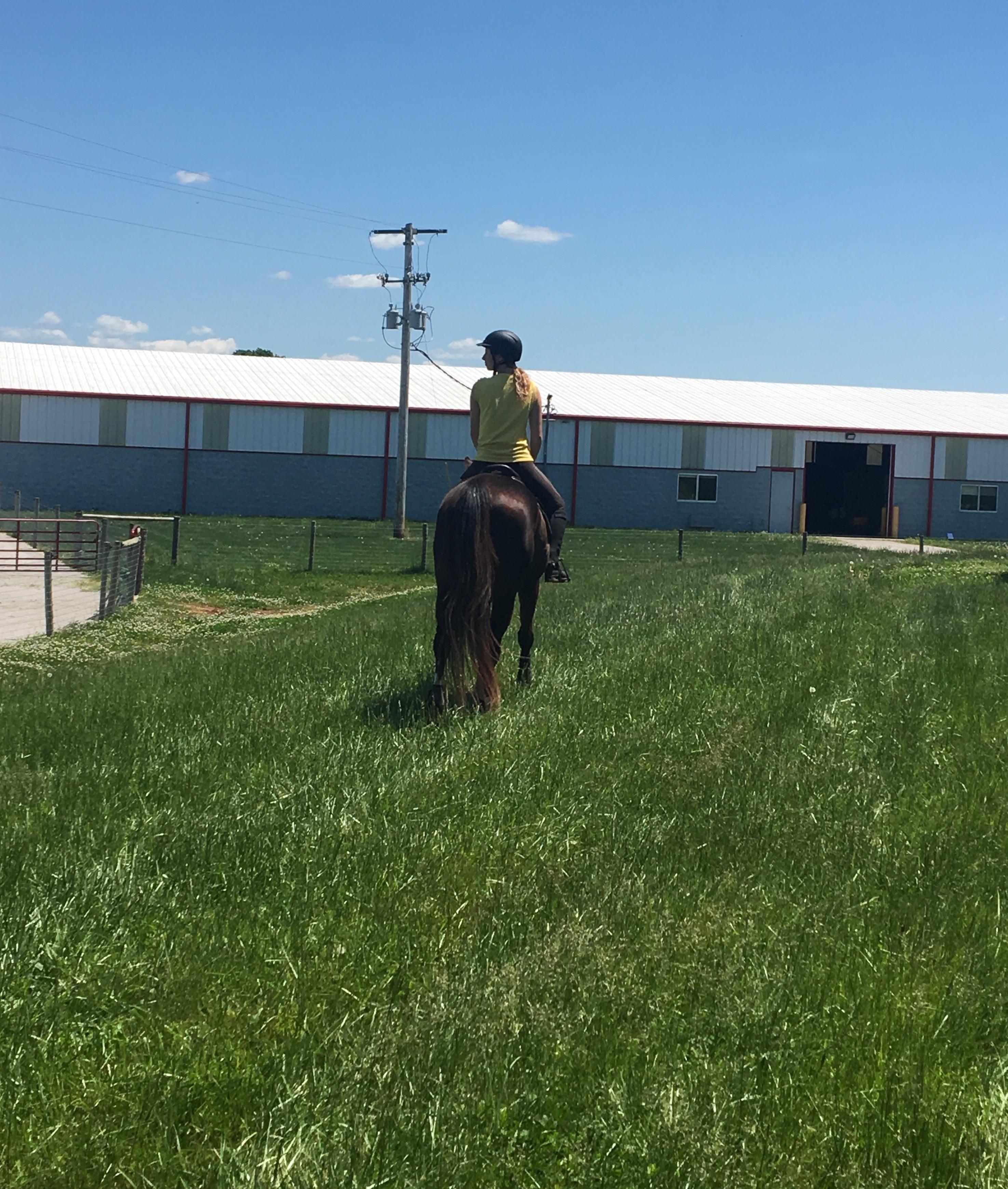 Frankie in his new home. Photo by Jennifer Gill

Later while I was quietly hacking Marcus around my farm, I couldn’t help but let my mind drift back to that message. See, by nature, I am a worrier. I think it comes with the territory of being type-A perfectionist who is afraid to make mistakes. One of my biggest character flaws is that I let the good in an outcome get overshadowed by the mistakes I made.

As I thought about that text, I began to realize that they adored a horse that I thought I had failed as rider. The longer we walked, and the more I thought about it, I felt my lingering disappointment and sadness drift away. I started to realize while that horse wasn’t meant to be my next eventing partner, I still managed to bring along a horse that other people loved to ride. All the time I spent wasn’t wasted. I had trained a young Thoroughbred into a mount that was fun to ride, was easy to be around and who others could learn on. I saw the bright side of my supposed failure.

What was initially a source of great sadness was eye-opening to me. I know I will always struggle to focus more on the good in situations and less on what I think of as mistakes I’ve made. But selling this horse has reminded me when things aren’t going well or when I feel like I have messed up with Geoffrey, to take a deep breath and look back. A few days after that text, I did just that.

Geoffrey and I had our first cross country schooling and we struggled to find our groove. I was nervous and he didn’t quite understand what I was asking. I wasn’t there to support him enough, so as a result we had a few less than inspirational jumps. The head-flipping and bunny-hopping over tiny logs were a far cry from the videos others had posted on line of their Makeover horses clocking around Beginner Novice and Novice courses. Though we smoothed things out a bit, I ended the lesson disappointed in myself more than anything, and though my trainer assured me it would get better, I left full of doubt.

A lot of times on the way home from lessons or shows, I turn the radio off in my truck and I ride home in silence. Since our house is constant chaos with a toddler running around, it’s sometimes the only quiet I get, so I use the time to think. Most of the time when my ride doesn’t go well, I spend that time re-riding the bad parts in my head or thinking about what I did wrong. That drive home started out no different — as I drove past the cross-country course, I felt sad thinking there was no way I would get to the point where I felt like we could canter down to those jumps confidently.

But before I got too far, I stopped and reminded myself of those first few attempts at “jumping” with Geoffrey when he stumbled over cross rails and how my first thought was “How did I find the only non-athletic OTTB out there???” Though he didn’t understand quite what I wanted, he still tried SO hard and despite being nervous, I still I kicked on. And most of all, I thought about how despite my mistakes, and his uncertainty of what I was asking, he seemed to LOVE cross country and was so proud of himself as evident by his celebrations after each fence.

A few days after that lesson, I found the video of my first post-track ride on Geoffrey. I laughed as I saw myself stiff with nerves and all bundled up in my safety vest trotting a 2”x4” disguised as a bay Thoroughbred gelding around my ring. It was amazing to remind myself how much things had changed in just a few short months with Geoffrey. 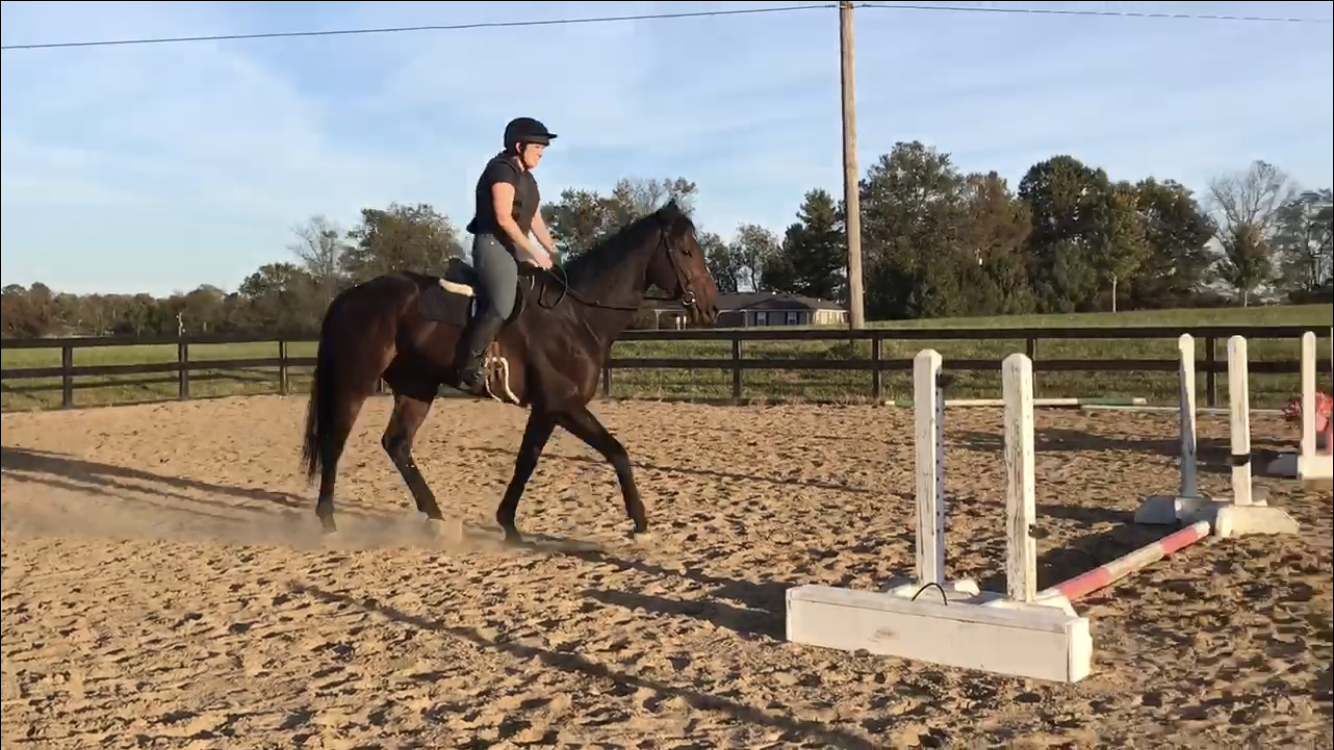 Going forward, I know we will have plenty of rides like that first cross-country lesson. It’s just the nature of bringing a young horse along as a nervous adult amateur. There will be struggles, and I’ll make mistakes. But what I will continue to work on during this journey is stopping myself before I go down the rabbit hole of self-pity to focus on the bright side of “failures” to recognize how far we have come.