Quidditch… on horseback? CJ Millar tells her story of a little good old-fashioned horseback mayhem that was equal parts fun and magic.

What do crazy New York equestrians do when winter has dragged on too long with too much rain and mud to be any fun? We get stir crazy! And when we get stir crazy, we get creative. Really creative.

Leave it to a few fox hunters, eventers, and even some dressage and western riders to come together to take part in the craziest challenge you may have ever heard of: Quidditch on horseback! Yes, you read that right. And while there do seem to be some leagues in the UK and even a few in the US that use horses, I can promise you that our take on this game is crazier than anything you’ve ever seen before. 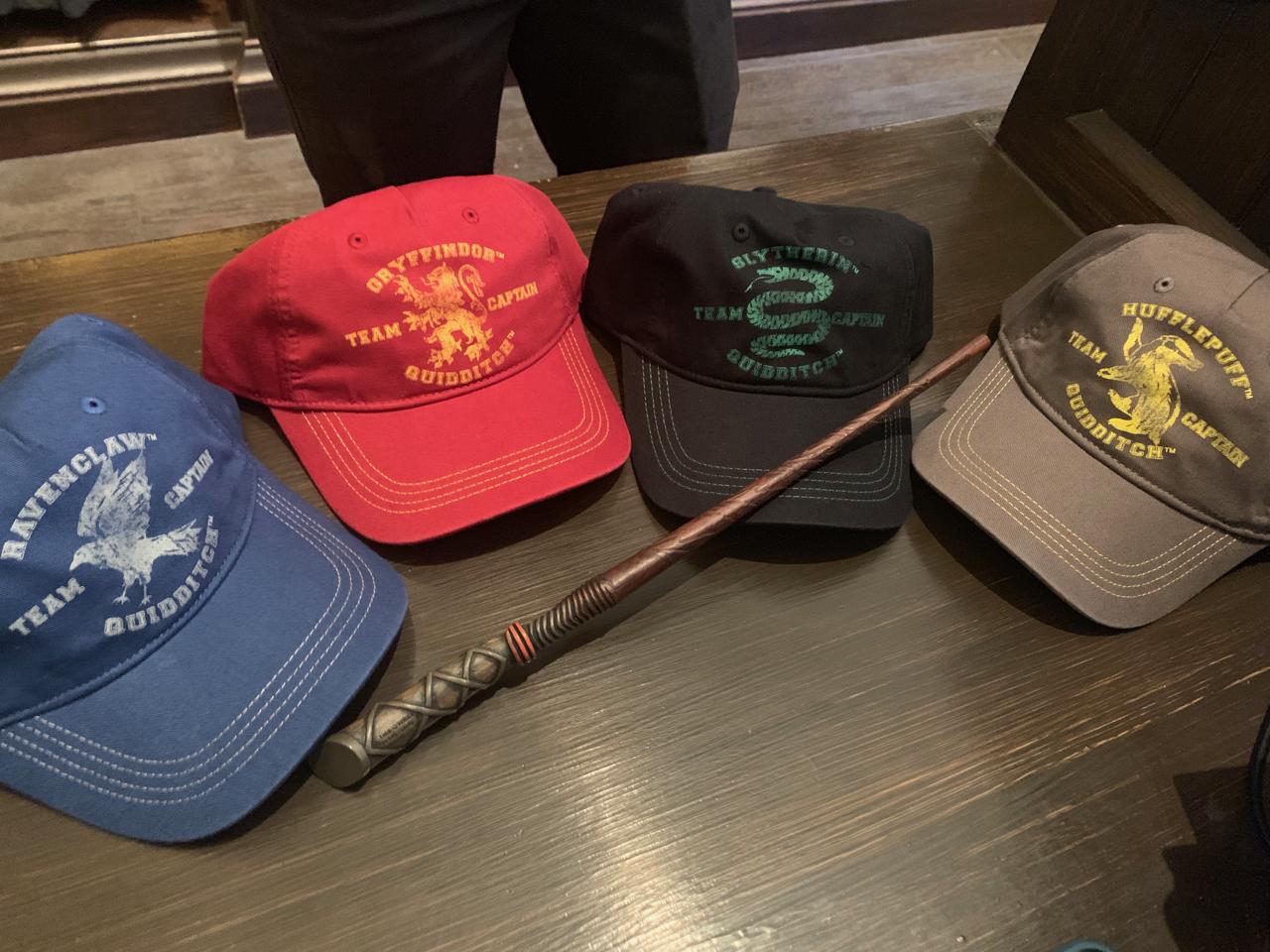 It all started with a crazy idea from a friend, an extra day while at Global Pet Expo in Orlando that led me to Universal Studios, and team captain hats from the official Quidditch Store in Diagon Alley! Photo from CJ Millar.

The rules were made up as we went along, through the course of a few practice sessions to “figure it all out.” We mostly settled on anything goes, with the exception of no grabbing another horse’s reins. Other than that, everything was fair game. Stealing sticks (that we used to pick up the Quidditch ball off the ground), chucking bludgeoners at each other (soft squeezy bouncy balls), body checking — yes, ON the horses — beatings with pool noodles, blocking goals, running interference, and even capturing the Snitch (a weighted helium balloon that floated around the indoor) to end the game.

Mayhem accurately describes the events of the tourney, as does fun, insane, and incredible! We had two teams and switched it up to play several rounds. We had five riders on a team, with goals on the opposite end worth one point for the middle easiest ring, and three points for the low and high rings on either side. The rings were hula hoops taped to jump standards and pole bending rings — genius! There were barrels with tubs of “gear” that included pool noodles, dressage and longe whips (sans lashes of course), bludgeoners, and more. When the whistle blew, each team ran to grab their gear, go get the Quidditch ball off the ground in the middle of the ring (a bouncy ball with straps), and dash off to the other side to try and score.

Quidditch on horseback included all out charges, riding at speed, and everything from pool noodles to body checking each other! Photo by Elaine Warfield.

After scoring, if you own team recovered the ball it had to be “cleared” meaning you had to run down to the other end of the ring and touch your own goal post (the wing jump standard with the hula hoop worth one point to the other team) with the ball and then you could dash off back to the other end and score again – this way play continued uninterrupted. It made for some super fun really long stretches of play – one round went over 11 minutes!

We took breaks to keep from exhausting the horses, and mixed it up by changing teams. We even tried to change horses but we all ended back on our favorite hirelings. Our host who dreamed up this crazy event, Ericka of Sunside Equestrian, was nice enough to provide horses for this go-round but we’re all hard at work preparing our own horses at home for the next event! Though if anyone ever needs a great confidence building lesson, or a solid hunt horse, I highly recommend Ericka’s equines as if they can stay sane through this, they are great for just about anything. It was amazing how much fun the horses had as they also got really in to the game.

Anything goes in Quidditch, including getting off your horse to get the ball! Photo compliments of Elaine Warfield.

Eventually the straps came off the ball, we wound up getting on and off, improving our passing game, and basically just keeping the mayhem going (pro tip: for added stability when jumping on and off your horse as well as during especially rowdy clusters around the ball, Total Saddle Fit’s stability leathers were a big win!)

When all was said and done, I think Ravenclaw/Slytherin combined teams won the final round, but no one is entirely sure. More importantly, we all had a great day on amazing horses and a TON of fun! SO much fun that we can’t wait to do it again and are going to have another tourney this summer. Interested in joining us? Get to New York, and if you don’t have your own horse, I have a feeling Ericka and Sunside Equestrian’s hirelings may be available again (though I claim Zenji – he’s my fave!). 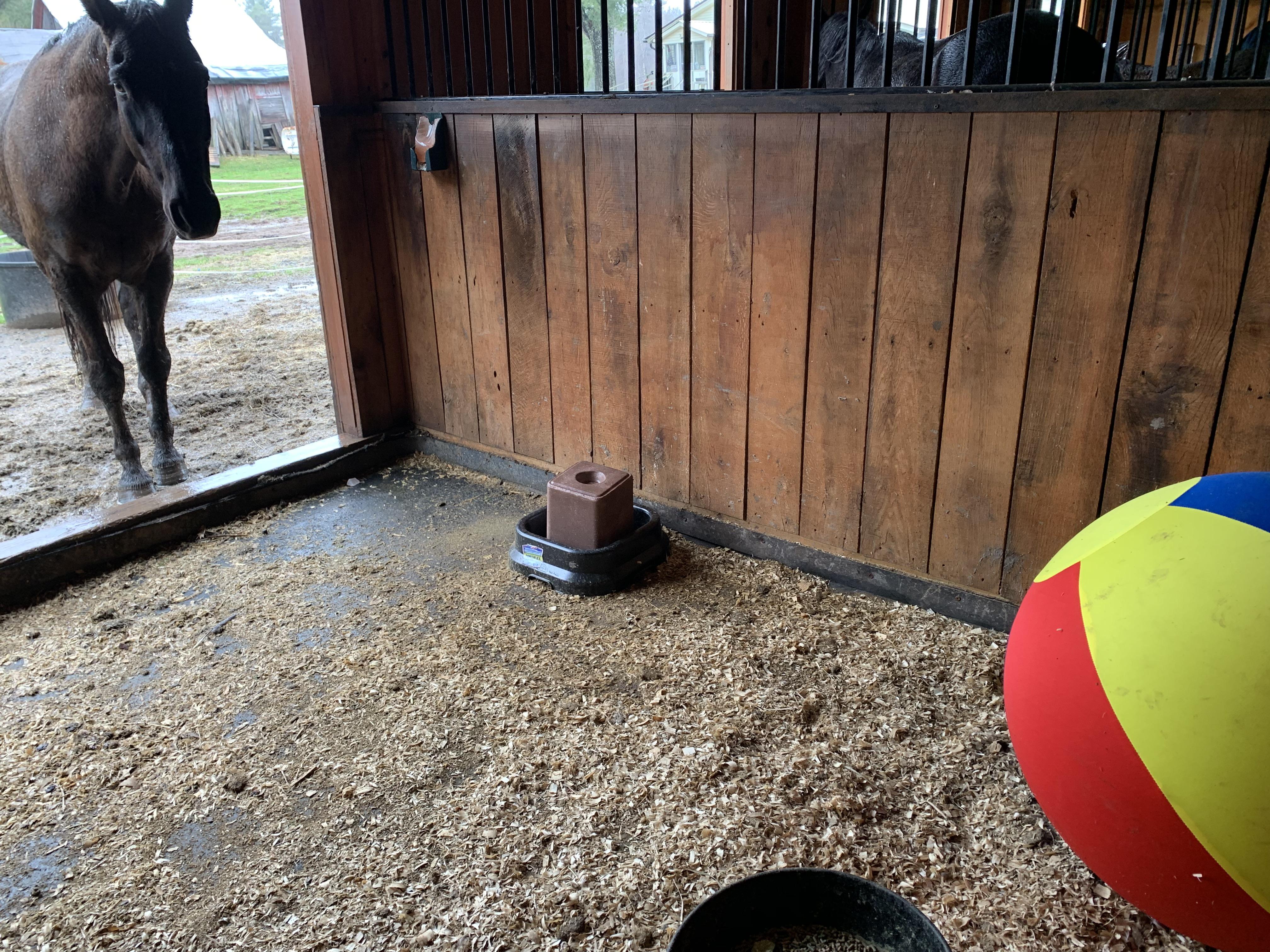 Hmmm, Quidditch training with Cole (my KWPN field hunter) is not going so well… thanks for the skeptical glare, Cole. Zenji it is! Photo from CJ Millar.

After the tourney was over, and we cooled the horses out on a nice trail around the property and a proper hosing off, we celebrated the day with a picnic. Of course no Quidditch game would be complete without butterbeer, and Peaches (the official game referee) got in on some lemon bars as well. 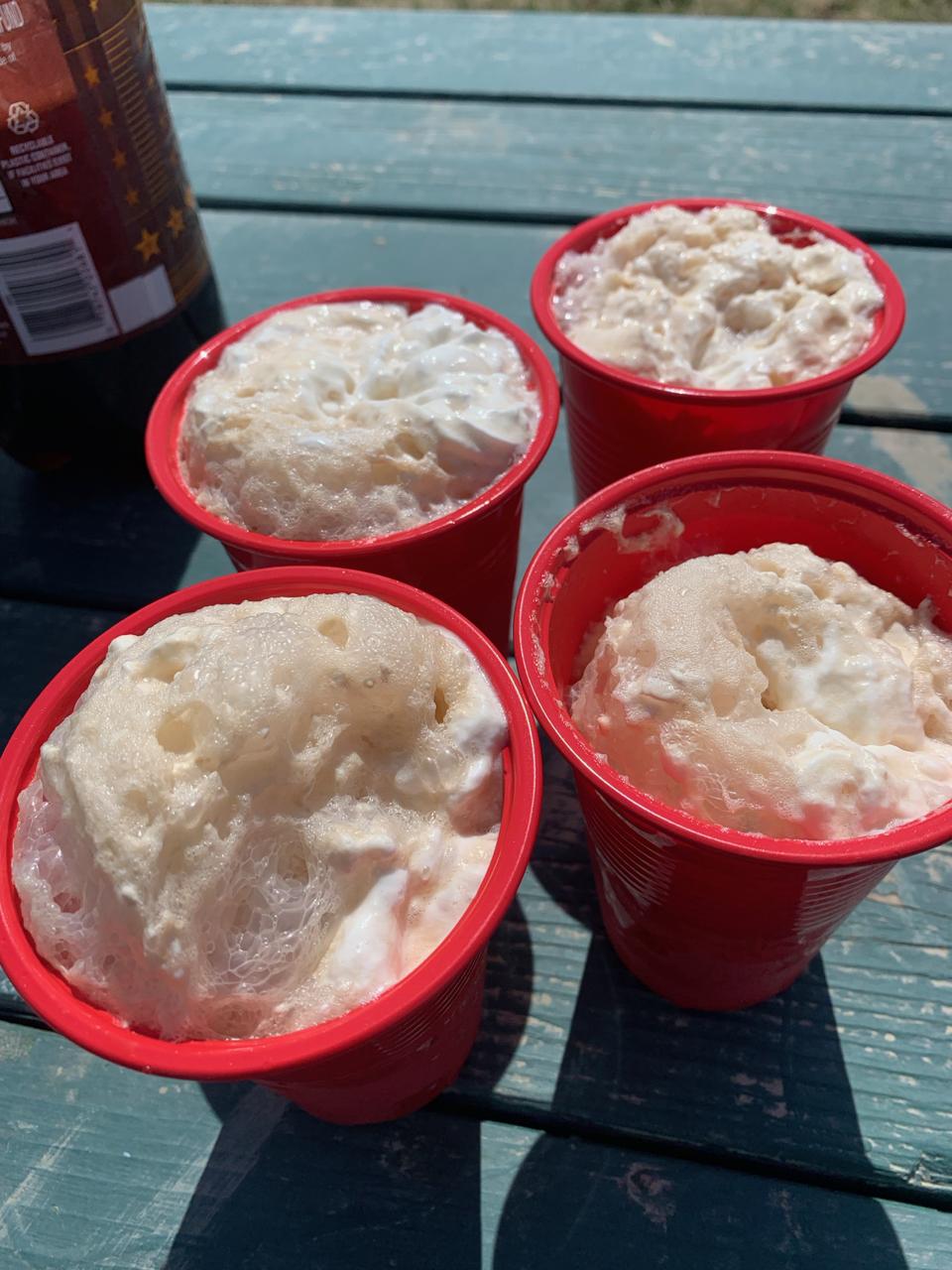 No Quidditch tourney would be complete without butterbeer! Photo by CJ Millar. 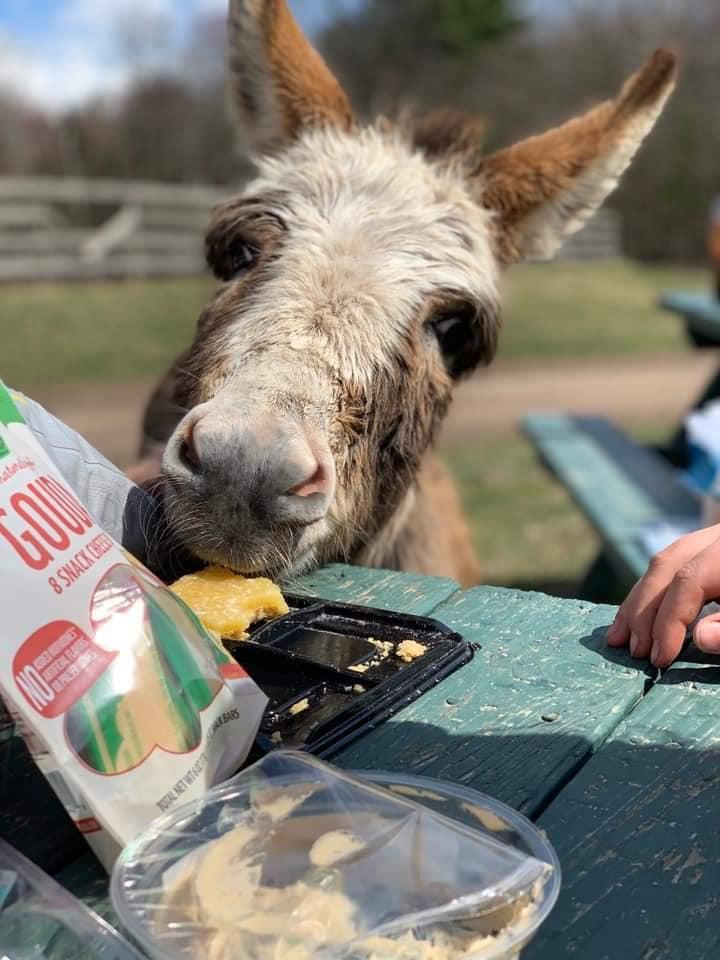 Thanks to Elaine Warfield Photography for some amazing photos despite the chaos and dust of ten horses in an indoor with odd lighting, and compliments of Cambox Horse USA we got some amazing helmet cam footage (and they’re offering $15 off and even more if you order their packages with accessories with code QUIDDITCH on their site). I got my Uvex sunglasses, helmet, and gloves from Big Red Mare who is also honoring code QUIDDITCH for $15+ off the Cambox helmet cams when you order on their site so that whatever crazy stunt you do, you can have awesome helmet cam footage that safely is out of your way when you ride and doesn’t interfere with the functionality of your helmet (yes, I am big on safety as when not doing crazy things like this I fox hunt and event and do jumpers and have more than my fair share of injuries).  A

nd in my craziness, I wore a new 2nd Skull under my helmet (they have a brand new light weight ventilated version that I am in LOVE with!!!) so that my head was protected better than ever. You can bet I’ll be using that in the hunt field as well. Safety first, then go crazy, right? Haha!

So, what are your plans this summer? Need a break from show season to do something entirely crazy and fun? Kids of all ages welcome, so join us (follow Sunside Equestrian on Facebook for more details), or plan your own Quidditch tournament and let’s see how much fun we can all have together! Go riding! Are you ready to become an #ExtremeEquestrian?