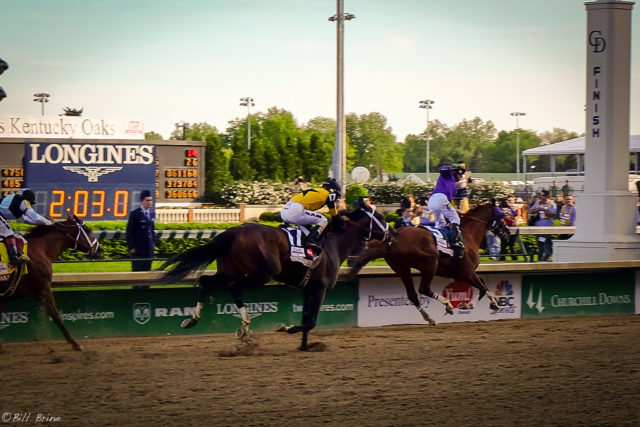 Here’s the ultimate quick guide to the 2019 Kentucky Derby field — because as the resident horse person, we know you’ll get grilled at your Derby party for the inside scoop. 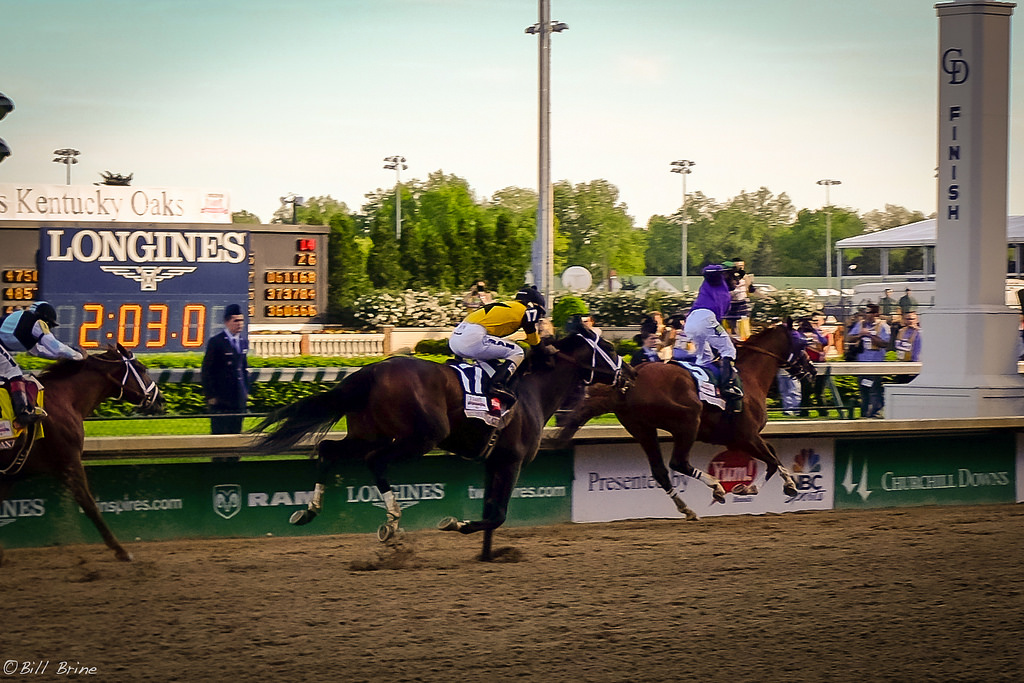 “The fastest two minutes in sports” goes off on Saturday, May 4 at Churchill Downs in Louisville, Kentucky, and as always, the field is full of intrigue, favorites and long shots. Headed to a Derby party? Want to fill up on trivia about the 20 horses entered in this year’s race? We’ve got the quick and dirty crib sheet that will give you the rundown on the field — make sure you vote in our poll for who you think will win this year!

If you’re really serious about picking based on workouts and form, click here to watch a playlist of Derby workout videos. Odds listed are morning line as of press time.

War of Will has experience running on both turf and dirt; his sire War Front has developed a reputation for siring great turf runners but if War of Will’s performances in the LeComte and Risen Star are any indicator, he’s certainly not limited to just the grass! War of Will took some strange steps in his most recent performance, a distant ninth in the Louisiana Derby, but the colt seems to be back on form.

Tax showed improvement, moving up from a third in the Remsen to win the Withers Stakes. Aqueduct winners haven’t traditionally fared terribly well in the Kentucky Derby, with most of the recent winners taking southern routes to the first Saturday in May.

By My Standards was an upset winner in the Louisiana Derby, going off at 22-1. This was the colt’s only stakes race of his career so far, having only broken his maiden one start prior in his fourth career race. Stranger things have happened at the Derby, however — By My Standards might be an interesting pick if he’s peaking at the right time.

The globe-trotting Gray Magician hasn’t won a stakes race in the lead-up to the Kentucky Derby, and only broke his maiden in his fourth career start at the end of 2018 at Del Mar. He’s certainly been coast to coast AND to Dubai, but has yet to claim his big score. He’ll be a long shot on Saturday.

With Bob Baffert in his corner, plus the same combination of owners as last year’s Triple Crown winner Justify, it’s hard not to see a lot of appeal with Improbable (he even looks a little bit like Justify too, at a glance). The colt had two strong second-place finishes on his road to the Kentucky Derby and if he’s peaked at the right time, he should be a serious contender.

The lightly-raced Vekoma has never placed lower than third — and his other three races have ended in wins. Whether or not he has the class and depth of experience to take on the rest of a strong field remains to be seen, however.

Maximum Security rocketed to fame quickly: he has a perfect four-for-four record, but made his leap from the claiming ranks to the Florida Derby with shocking ease. Can he keep the streak going in the Kentucky Derby, or will that fairy tale come to an end?

Tacitus’ sire Tapit has certainly established himself as a breed shaper in recent years, so many are expecting great things from Tacitus. He’s certainly proven some ability with two wins on the road to the Kentucky Derby both in Florida and in New York, and with favorite Omaha Beach out of the running, Tacitus’ stock is rising.

With limited data to compare, it’s hard to say how UAE Derby winners traditionally fare in the Kentucky Derby with only Mendelssohn to go on — but Plus Que Parfait certainly had great success in Dubai for Derby first-time trainer Brendan Walsh. He’s certainly an interesting long shot.

Cutting Humor does have a stakes victory to his name and the likes of Todd Pletcher on his side. Still, the Kentucky Derby seems like a tall order for this colt who will have his work cut out for him.

Haikal has certainly looked the part in his stakes races at Aqueduct, though the Derby will be his first start outside of his home track. He’s never finished worse than third.

Code of Honor has certainly sparkled in the past, but doesn’t look like the most consistent entry. If the winning form of Code of Honor shows up on Derby Day, he may be a contender.

Win Win Win has never placed lower than third in his racing career, which includes two graded stakes as well as a listed and a black type. He hasn’t won a graded stakes race and the Derby field may be a tall order.

Master Fencer is the Japanese qualifier for the Kentucky Derby, and while he has his work cut out for him to be considered a serious contender, his presence in the field is a positive sign for Japanese racing.

The champion two-year-old colt has now been named the favorite after the scratch of Omaha Beach: he was undefeated as a juvenile, and finished a strong second in both of his 2019 starts. With Bob Baffert in his corner, he’s an easy pick as favorite.

The Santa Anita Derby has been a stepping stone en route to winning the Kentucky Derby for many recent stars, and Roadster is a strong candidate to follow in those footsteps with all-star connections.

Long Range Toddy put himself on the Derby map with his gritty victory in one split of the Rebel Stakes, defeating some key favorites. Whether or not he peaks at the right time remains to be seen.

The lightly-raced Spinoff has never placed below third, but he’s never won a graded stake. The Kentucky Derby would be a huge race for this colt.

It took Country House three attempts to break his maiden, but he then broke into graded stakes company and ran competitively. He’s still a long shot to win, but he may be a contender.

Bodexpress is winless in five starts — could he finally break his maiden in the biggest race in the nation? That would be quite a feat… but by drawing into the Derby thanks to Omaha Beach’s scratch, Bodexpress has already surpassed expectations.