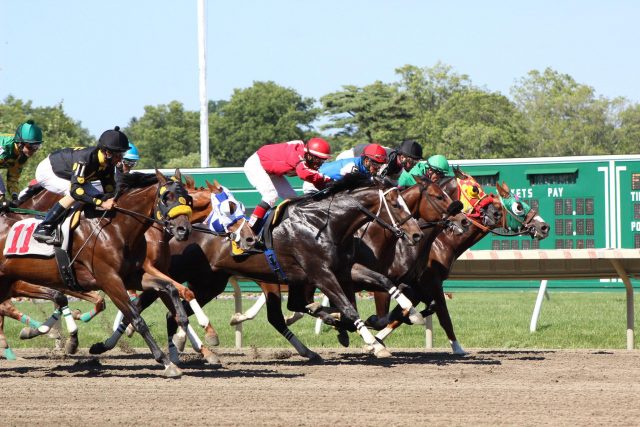 Off-track Thoroughbreds aren’t for everyone… but if you’re up for the challenge, the process can be rewarding. Meghan Lalonde outlines her reasons for riding an OTTB. 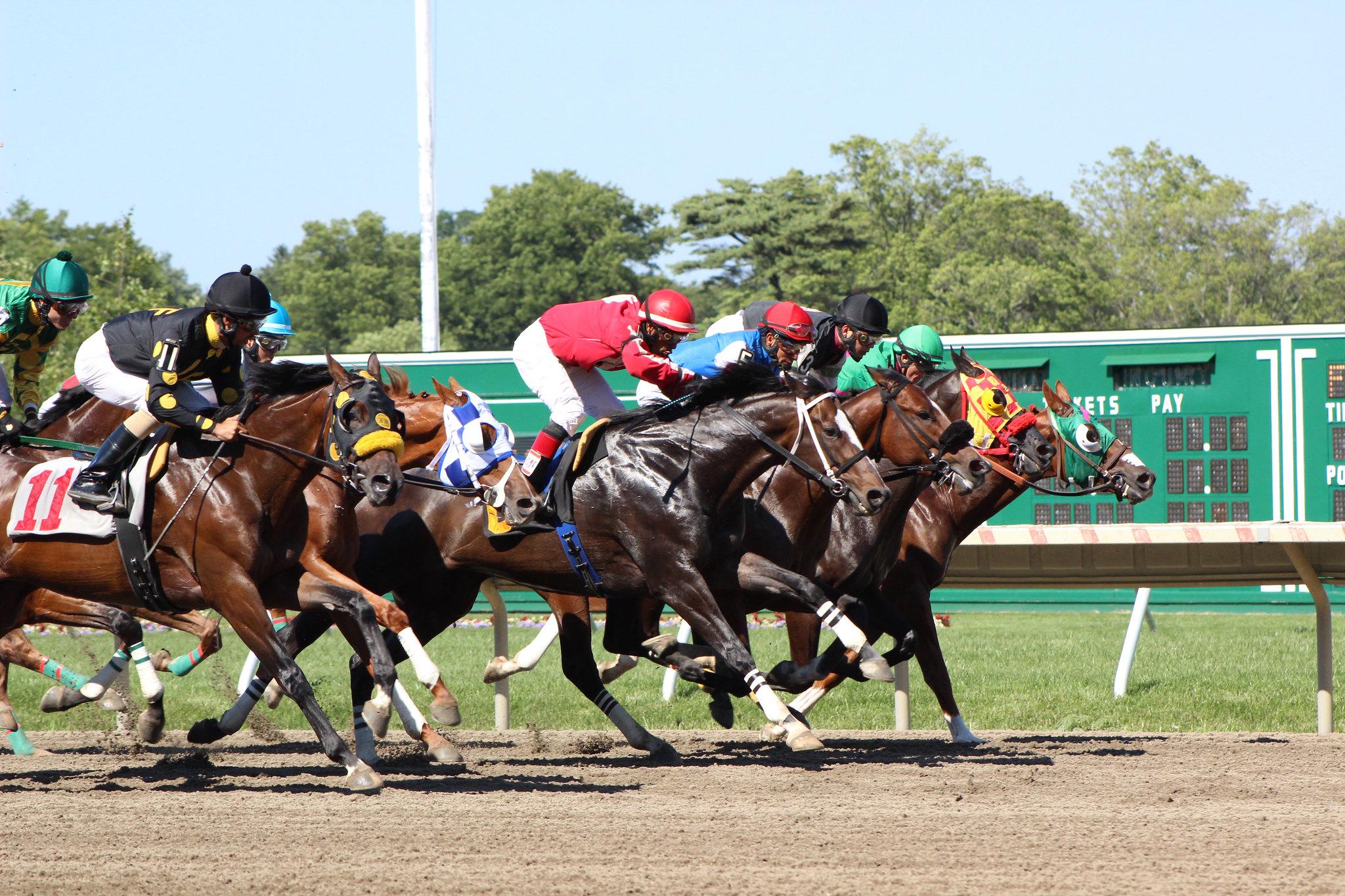 As I lay there in the dirt, staring up at the arena ceiling from my back, I couldn’t help but feel a little embarrassed.

I’d taken a spill on my off-track Thoroughbred during a group ride with a bunch of farm friends. Despite my OTTB handling everything else that day in stride, in one moment of mental lapse I set both of us up for failure… and paid a quick price being launched to the ground.

Which has a funny way of making a person think things over. Why am I doing this? Where did I go wrong? Why am I retraining and riding an OTTB?

I thought of a handful of reasons as I climbed back into the saddle a little sorer than before.

If retraining and riding an OTTB were easy everyone would be doing it. Of course there are exceptions to the rules, like the kid safe four-year-old plug who comes straight off the track as if they’ve been there and done that a dozen times before, but it’s not always the case. You learn to be prepared to put in the work with sensitivity, patience and above all else, persistence. Embrace the difficulty of that challenge or be overwhelmed by it.

If you don’t think that’s going to be something you can manage on your own, work with a trainer with experience in retraining horses off the track who can help you. You’ll get there and so will your horse.

When it comes to OTTBs there’s a saying that’s worth repeating: expect the best, plan for the worst, and prepare to be surprised.

Thoroughbreds will surprise you with their ability to learn and adapt to almost any discipline with the right training… as long as you can embrace the difficulty of that process. When you do, you’ll probably realize just how rewarding it can be.

2. Every Day Is A Bonding & Learning Experience

Developing a bond with an OTTB has been one of the most incredible and rewarding experiences I’ve had with horses to date. It’s not something that happens overnight. Trust takes time to develop. This is true of working with any breed but especially for horses coming straight off the track. Think of yourself as your horse’s human ambassador to a new and unfamiliar world. You’re building a new relationship together while everything from a new barn to new neighbors have changed for them and you don’t speak their language.

It’s a whole new world for them and it’s your job to guide them towards success. The burden is on you to communicate effectively.

You can’t predict their response to a changing environment, but you can work through it. You can provide a steady hand, some firm and confident guidance when they might not be as composed as you’d like them to be. Every day with an OTTB is a training opportunity and a chance to build a better relationship.

3. Play A Small But Important Part In A Massive Industry

The Jockey Club estimates that roughly 21,500 foals will be born this year in an industry valued at more than $30 billion. That’s a lot of Thoroughbreds, especially when you consider that only half will go on to race and fewer still will ever win a race, let alone go on to have a lucrative career on the track.

Which means one thing – that’s a lot of horses to find second careers. Owning an OTTB doesn’t necessarily mean you are rescuing a horse, but it’s still something you can feel good about. You’re playing a vital role in the industry by providing after-racing care. You’re giving a horse a chance that many people rule out simply based on their history or the stereotypes surrounding the breed.

4. Your Own Training & Riding Weaknesses Will Be Exposed

More so than any other breed I’ve worked with, my OTTB exposes my personal weaknesses almost as well as the most critical riding instructor. In the areas where I’m the weakest, my horse is at his worst. It’s a direct cause-effect relationship that has forced me to be more aware of the skills that I struggle with so that I can improve them and communicate better with my horse. You can’t teach what you don’t fully understand and in training an off-track Thoroughbred you’ll absolutely be forced to confront your own weaknesses.

You might find yourself wondering whether you’re skilled enough to retrain an OTTB as a result of that focus. The answer hinges on your attitude and your own willingness to improve. When you’re struggling just remind yourself that you’re doing something that not every horse person chooses to do and you know what? That’s awesome!

5. You’ll Learn A Lot About Yourself In The Process

Retraining and riding an OTTB isn’t a process for the faint of heart but it is one that will teach you a lot about yourself. The falling off, brushing yourself off and getting back in the saddle… it comes with the territory and you will become a more resilient and patient version of yourself in the process. You’ll learn how to deal with behavioral problems that you didn’t know existed, you’ll learn how to be calm, cool and confident in situations when your OTTB may be convinced that death is imminent. It’s learning all of this about both your horse and yourself that makes this journey one worth taking.

It hasn’t been the easiest journey but I’m a better human being for having taken the trip.

Meghan Lalonde is an amateur equestrian and OTTB enthusiast based at Free Spirit Farm in Central New Jersey. She writes weekly articles on her blog, Diary of An OTTB, about her adventures and experiences with her retired racehorse.