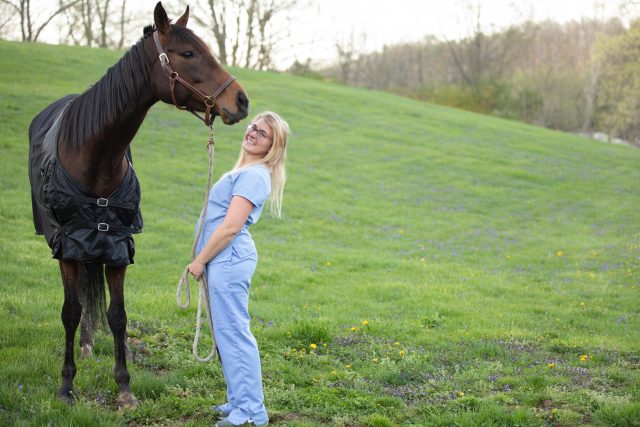 Horse training can be a roller coaster: Marcella Gruchalak draws on her experience as a nursing student to describe the ups and downs of her journey so far with American Lioness, aka Nessi.

For 673 accepted trainers, the journey to the Retired Racehorse Project‘s 2019 Thoroughbred Makeover has begun! Over the training period, three of those trainers will blog their journeys, including their triumphs and their heartbreaks, successes and failures, for Horse Nation readers. Marcella Gruckalak, whose project horse American Lioness aka “Nessi” has been a horsemanship challenge, draws on her nursing school experiences to describe Nessi’s progress so far. 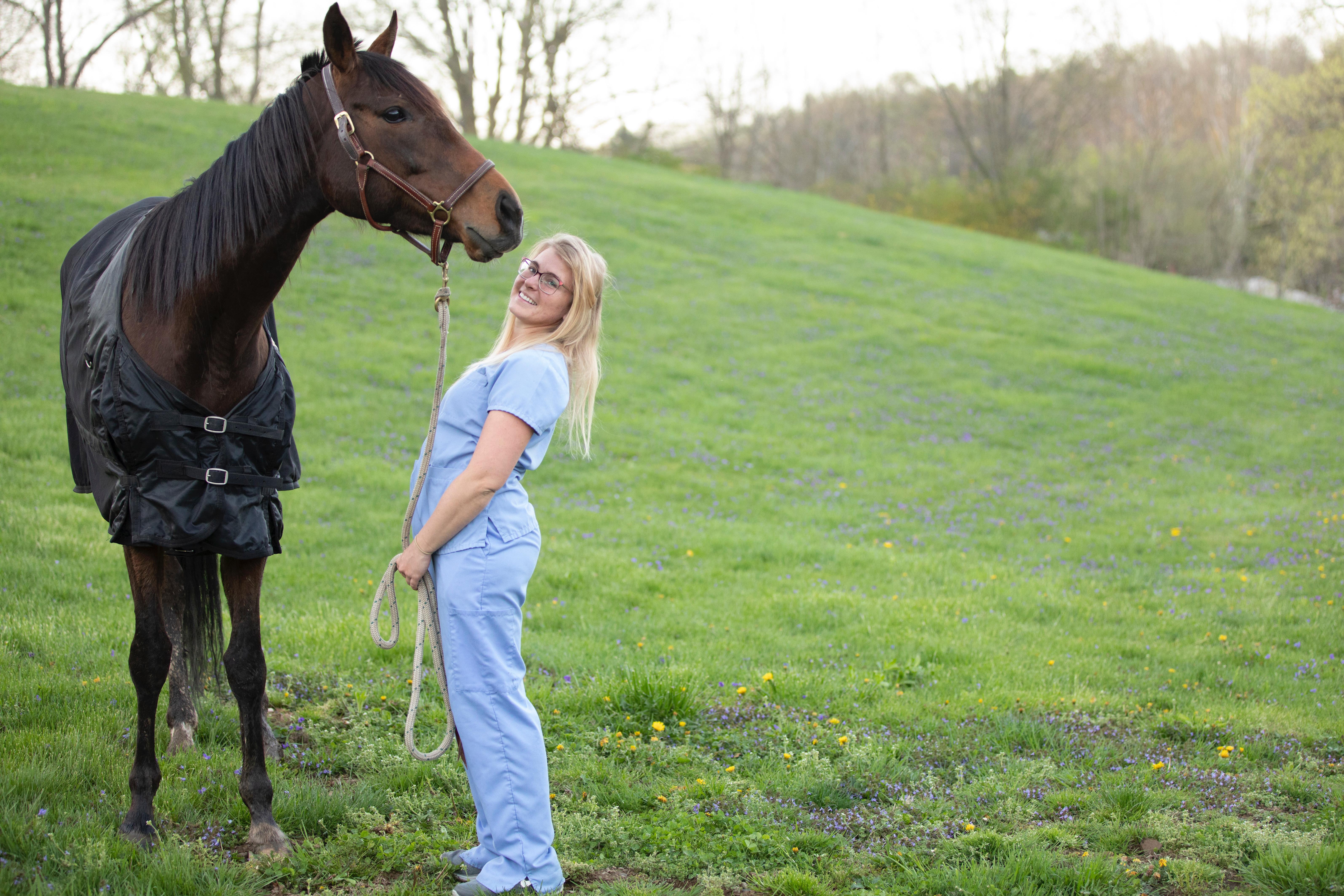 Registered nurses: we have all been through a tough period in our lives: NURSING SCHOOL. The place where the answer you pick is correct but is also wrong because it is not the most correct of the choices provided. The place where we gain a sick sense of humor and learn unhealthy coping mechanisms to make it through. It is that place where we are extensively tested on material that will never be used in real life or any time after we graduate… until now.

Ladies and gentlemen of the nursing profession who have asked me to write something about Nessi that you could understand, here it is: NURSING DIAGNOSES! For those of you that are not in the health care profession, patient care plans and nursing diagnoses are subjects taught in nursing school that I can honestly say I have never used after graduation. Nursing diagnoses have anywhere from two to four parts to them, but most commonly are written with two or three parts.

The first part of the statement is a NANDA (North American Nursing Diagnosis Association)-approved nursing diagnosis. The second part of the statement is what symptoms the diagnosis is related to or evidenced by, and the third part is if the symptoms are secondary to another sign or symptom. After forming the diagnosis, you must provide rationale and interventions to complete the care plan. Just when I thought I would never use them again, here they are, relating to American Lioness, starting from her track statistics up to our current issues.

Intervention: turned her out with a buddy to pack around with, contacted her racing connections to find a feed similar to what she was eating, slowly introduce her back into work.

Rationale: Nessi’s first couple of months settling in were taxing. She barely ate and did not have good muscle tone to do any elaborate work. She was fatigued easily with minimal work.

Intervention: Nessi’s workouts for the first couple of months were all surcingle workouts for minimal periods of time. 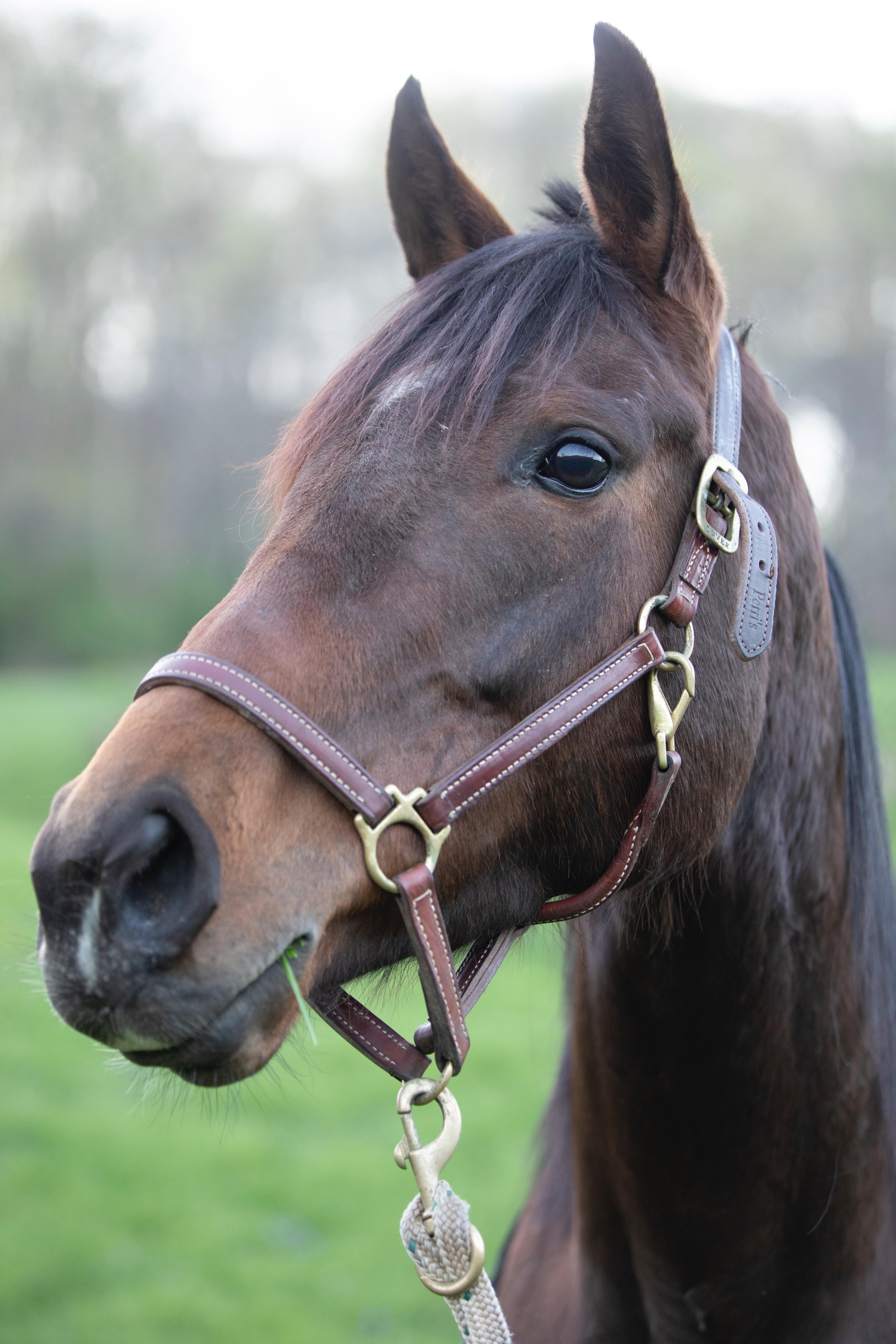 Rationale: Nessi would let me know when she was in extreme pain, by kicking… yikes. It was unpleasant for all parties involved, to say the least. Nessi would kick out every time anyone would palpate her hind end. She was extremely uncomfortable in the hind end area.

Rationale: Nessi’s hind end soreness was a huge quandary to overcome but over the past couple months we have made paramount progress.

Rationale: At first I assumed Nessi’s decreased appetite was from the stress of the move and the change of grain, but after a few days, she continued not to eat. After palpating for ulcers and getting a positive response, I knew she needed more than time to adjust.

Interventions: Veterinarian check from Dr. Amy Chronister of Sunny Ridge Veterinary Services. Start Nessi on 30-day course of Omeprazole/Ranitidine paste. Spoke with a Purina Nutritionist provided by Hired Gun Horsemanship that helped me with feeding options to provide the most amount of calories and nutrition in the least amount of grain.

7. Risk for electrolyte imbalance related to intolerance to grain.

Interventions: put electrolyte powder in her water; filling a syringe with water and electrolytes and administering it directly into her mouth.

8. Anxiety as evidenced by whinnying and pacing.

Rationale: Most of the time, American Lioness is in her own pasture allowing her to take her time and focus on eating. When the sun sets, American Lioness starts running the fence and whinnying in attempts to locate the other horses. The stress and extra calories burned were all countering the hard work I was putting into her intake.

Intervention: Nessi is in her own pasture during the day giving her enough time to eat while she can see the location of the other horses. At night she is placed in the pasture with the other horses to reduce anxiety.

Rationale: With poor eating habits, I needed to rule out all possible sources of discomfort from the mouth all the way to the hind gut. While completing dental work, Kristen Workman found that Nessi’s teeth were sharp, creating lacerations and ulcers.

Rationale: At first, I did not ride American Lioness because I wanted to resolve the other issues she was having. She needed to gain weight and I wanted her hind end moving and feeling better. Now, there is no excuse, she seems to be feeling good in all areas.

11. Readiness for enhanced knowledge as evidenced by quickness to learn when ridden.

Rationale: American Lioness is showing me that she is ready to work and ready to learn. She picks up new cues quickly with little frustration.

Rationale: Now that I can ride the darn horse, it seems as if Mother Nature does not want to cooperate. Pennsylvania weather has been horrendous making it hard for me to utilize my only arena… outside.

Intervention: Ride slowly in the elements or utilize a friend’s indoor.

See? It is like I never left nursing school. I still feel like I am behind before training even started. I’m still riding an emotional roller coaster (no, it is not Nessi. I think she may have herself together more than I do). Not to mention that when it is time for finals, or the Makeover, I’m ready to crawl into the fetal position, cover myself with a blanket and start sucking my thumb like an infant. No matter how many times the book tells you that A + B = C, in real life, it is not always that black and white. 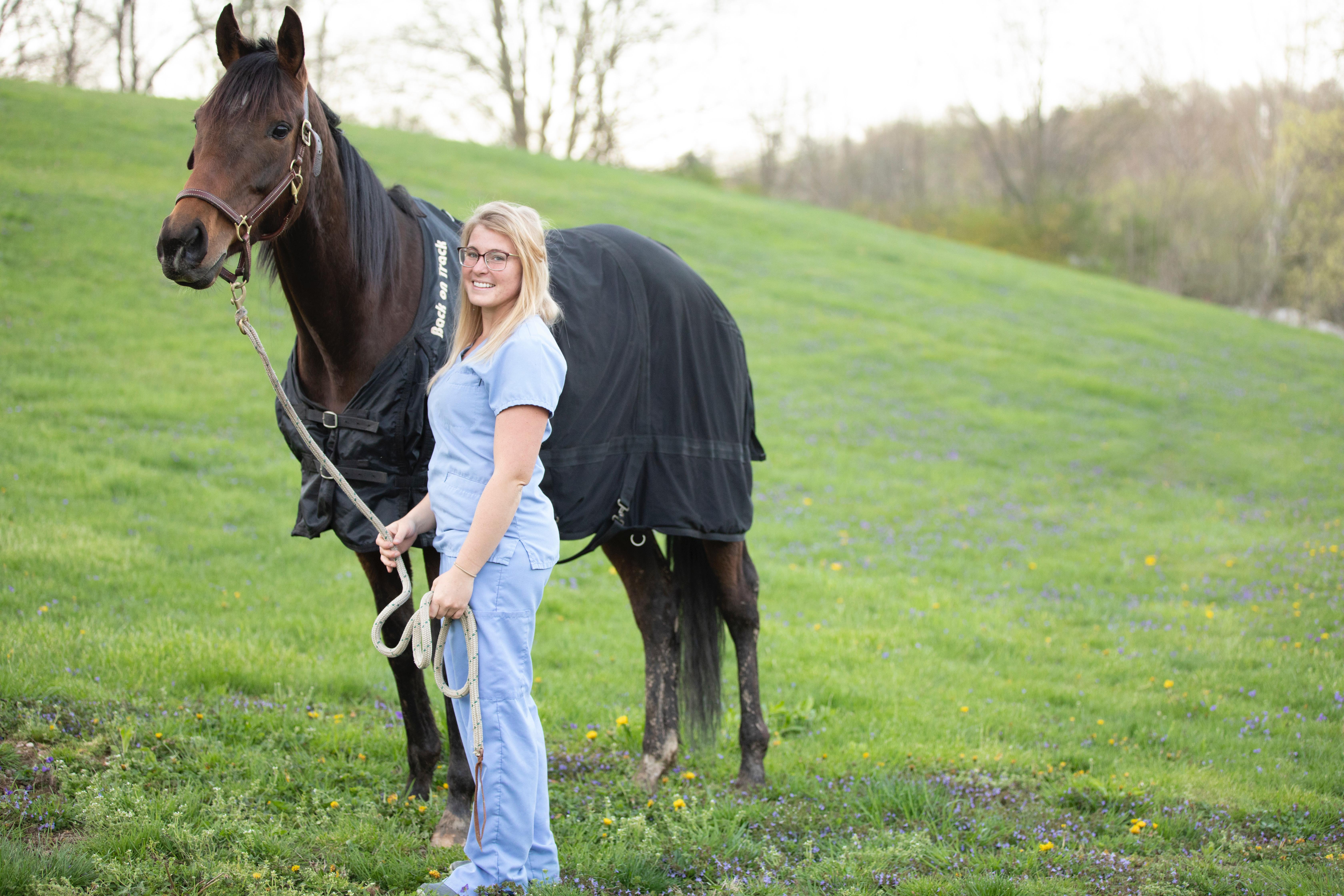