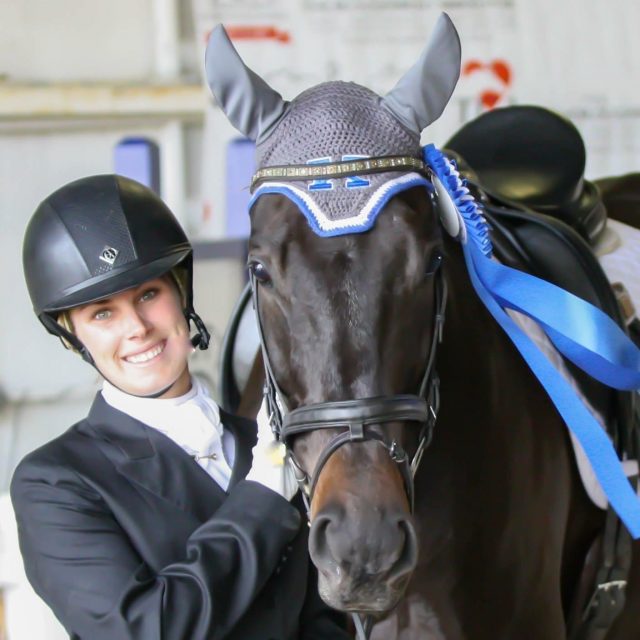 Produced by Carleigh Fedorka of ‘A Yankee in Paris.’

A new podcast covering “everything horse” will debut this week. Turnout, produced by Carleigh Fedorka, best known for her blog A Yankee in Paris and John Wilkinson, former editor of Horse Network, will be published on iTunes and Stitcher. Currently, a new episode will be released every two weeks; depending on demand and the producers’ schedules, this could be subject to change.

Per Fedorka, the initial idea was Wilkinson’s: “He and I had worked on a variety of projects for Horse Network [when he’d been editor]. It started with him editing my blogs, but when he saw a television interview I did following the Retired Racehorse Project, he demanded to start doing on-camera work with me! We’ve interviewed at the Thoroughbred Makeover and the Breeders’ Cup, but this [the podcast] seemed like the best happy medium – we could tell stories while still educating and influencing industry, and I wouldn’t have to wear makeup!”

The podcast will be entertaining yet informative, and it’ll typically be broken into three sections: 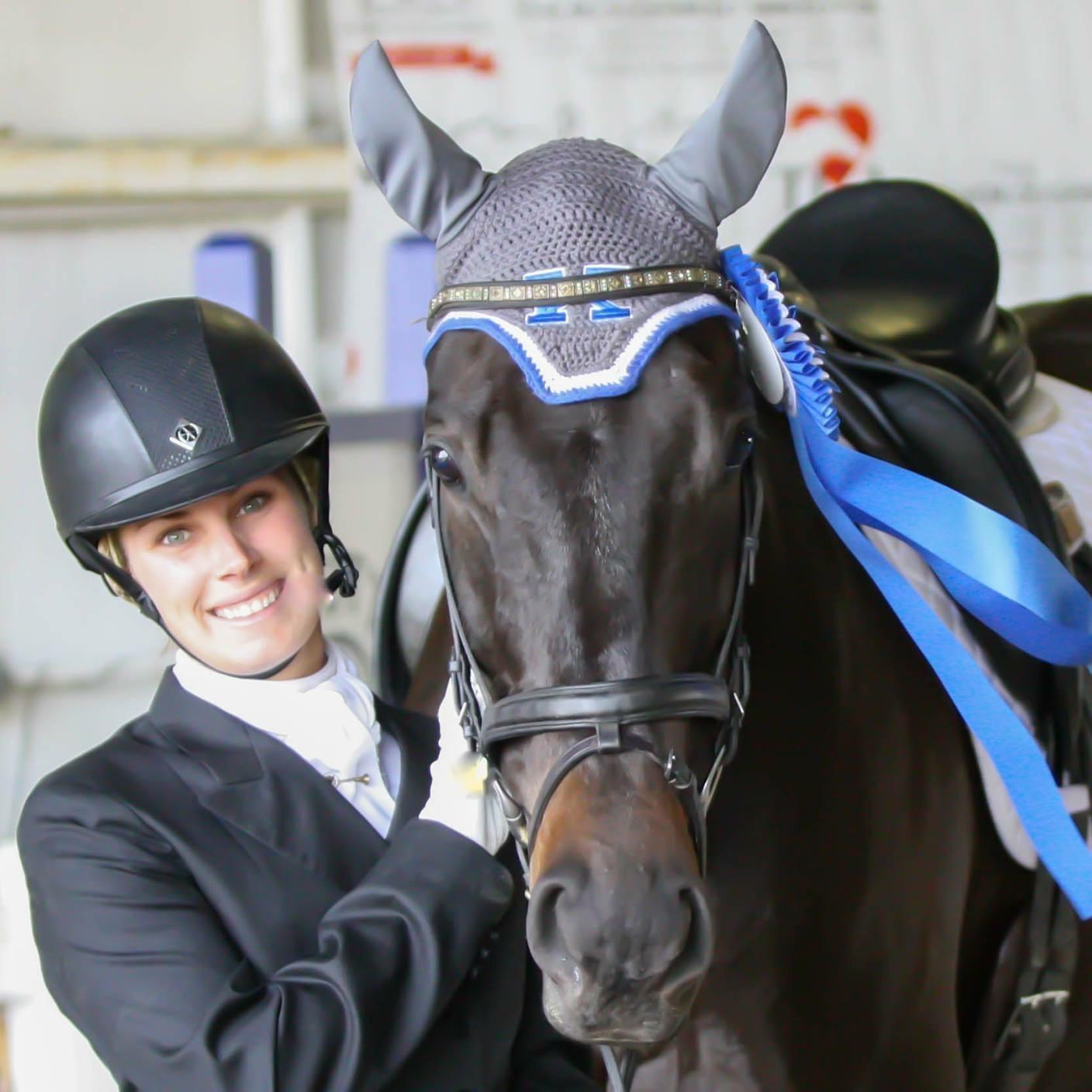 The first podcast covers “all things Land Rover Kentucky (LRK3DE),” and features interviews with Dr. Fernanda Camargo, who is one of the people behind the Horse Industry Safety Summit held earlier this week; eight-time 5* rider Lillian Heard, who discusses how she prepares for an event such as LRK3DE; and Dr. Heather Woodruff of Foxwood’s Equine on the veterinarians’ roles at LRK3DE. Topics include how scientists study safety and how vets at major events monitor the safety of the horses and keep both horse and rider safe on cross country. Episode Two will discuss the Kentucky Derby.

Fedorka’s own background is broad. In her own words: “I grew up dabbling in a bit of everything and was a member of Pony Club and 4-H while also competing in USEA eventing and USDF dressage. I took a hiatus from competition during college, where I obtained a BS in biology from St. Lawrence University and was pre-vet. During the summers between college, I worked at a ranch in the Big Horns in Wyoming and rodeoed, doing barrels, breakaway, and team roping. I moved to Lexington, KY, in 2008 and immersed myself in the Thoroughbred breeding industry – first as an assistant manager at Chesapeake Farm, later at Hinkle Farms.

“In 2012 I returned to school and began my Ph.D. in veterinary sciences with a focus in equine reproduction; that was completed in 2017 and since then I’ve been researching reproductive immunology as a postdoctoral scholar. My blog, A Yankee in Paris, was started in 2013 as a bet with my fiancé; he said he’d quit smoking if I quit Facebook. He’s now a non-smoker, and I have a blog that consumes social media! I’ve now been published on Horse Network, the Chronicle of the Horse, Horse Illustrated, Evening Nation, the Paulick Report, and the Blood Horse. It [Yankee in Paris] encompasses everything “horse” including my backgrounds in sport horses, racing, breeding, and training OTTBs!” 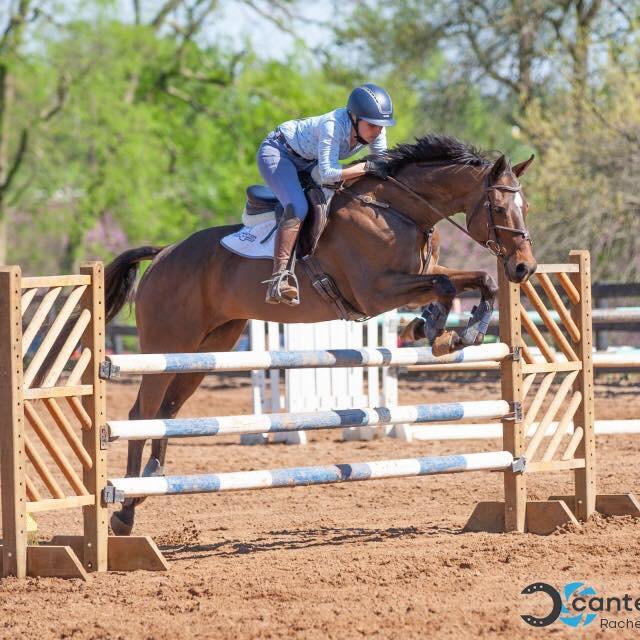 It’s hoped the podcast will “raise awareness of topics I think are either poorly understood or poorly represented,” said Fedorka, adding, “I’ve been blessed with an education and background that gives me access to so many brilliant minds and opinions; if I can answer peoples’ questions while simultaneously entertaining them, I feel like I’ll have benefitted the industry!”

Fedorka is most excited to talk science, saying, “I find a huge disconnect between research and industry and this is largely due to scientists being unable to explain their findings to a farm manager, veterinarian, or rider. We tend to speak over people, and while that’s great for a scientific conference, it’s terrible on a farm. I competed in ‘three-minute thesis’ competitions and won the overall competition for the University of Kentucky, and that’s when I realized I had a real knack for taking my research and talking about it to a crowd – and not even a horse crowd!

“We need non-horsemen and horsemen alike to understand the facts, so they can make better management choices and give our horses a better life! So, I can’t wait to supply some of the leading researchers and vets alongside my explanations and stories to the listeners! We hope to discuss everything from EPM, to kissing spines, how to breed your subfertile mare, to drug testing. The sky is truly the limit, and we sincerely want listeners to tell us what they want to know!”