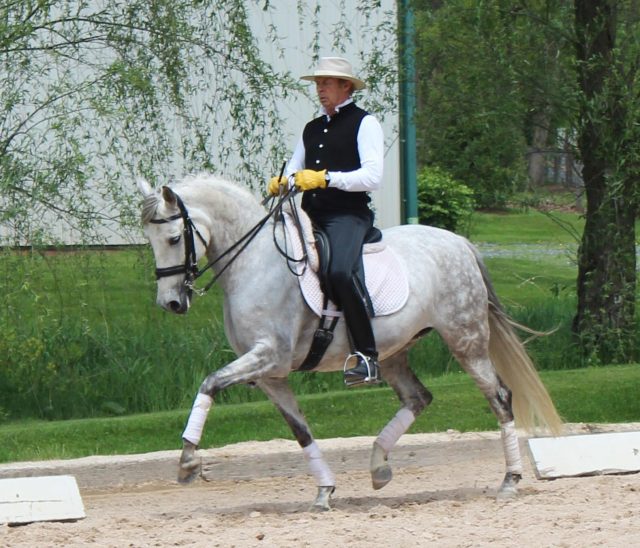 In this excerpt from Dressage for No Country by renowned classical trainer and author Paul Belasik, he considers the history of bias in the sport of dressage. 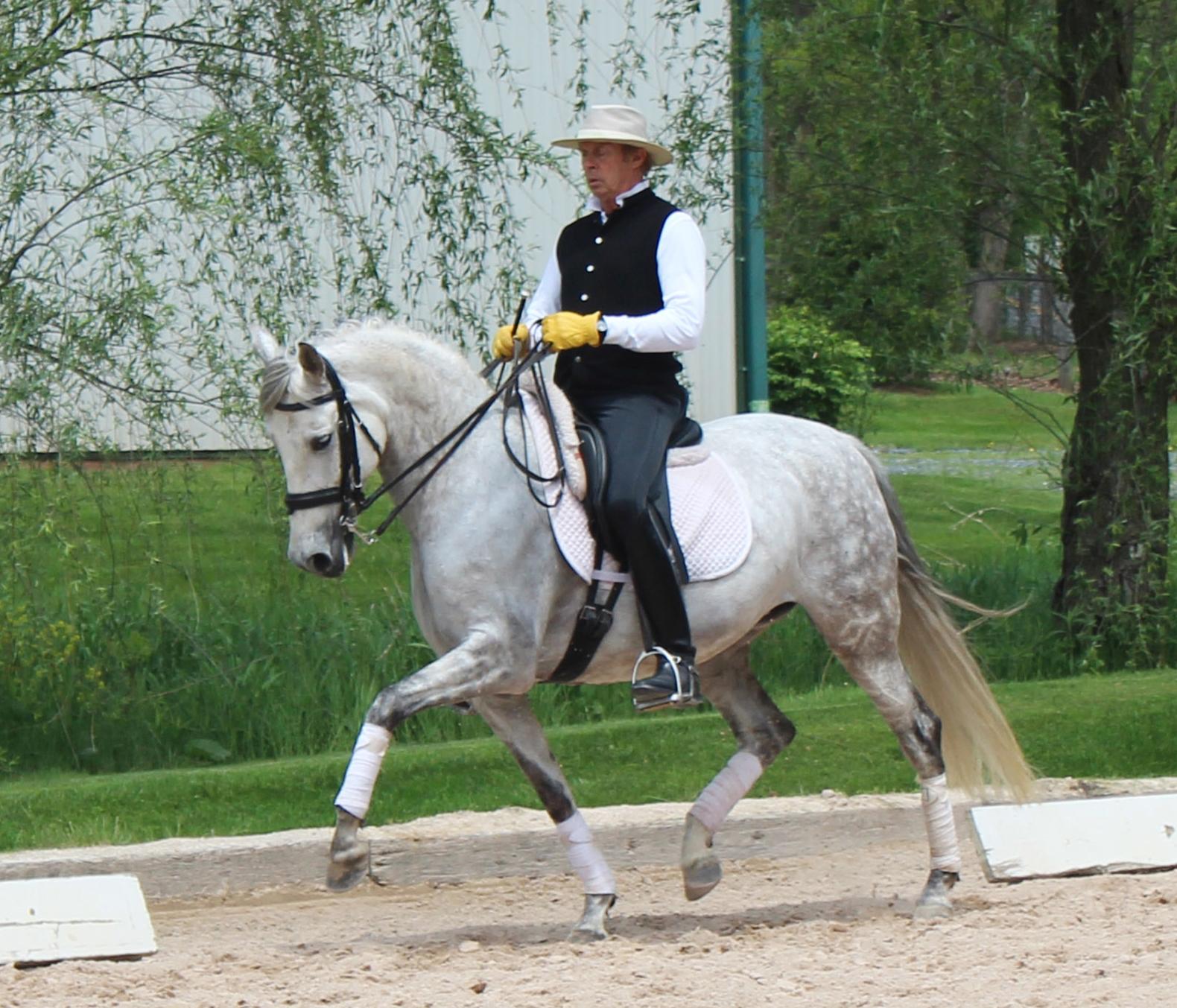 I couldn’t count how many times I have, over the course of my training life, been asked whether classical dressage is compatible with competitive dressage. Why is this such a continuously uncomfortable question? There is nothing in the Fédération Equestre Internationale (FEI) or United States Dressage Federation (USDF) rules that would preclude a classically trained horse from competing, even competing successfully. In fact, there is really not much in the rules that is not essentially classically based—that is, the definitions of movements and even the selection of movements to be exhibited (for example, there is no Spanish Walk, there is no canter backward). So, the answer to the question (Is classical dressage compatible with competitive dressage?) should be, yes, it is.

Why, though, is this answer so unsatisfying?

I think Alois Podhajsky struggled with this same question throughout his life. He was the ultimate classicist, both as a rider at and Director of the Spanish Riding School, which was a living museum of classical riding. He was also a motivated and successful dressage competitor, winning at the highest levels, including medaling at the Olympic Games. His book The Art of Dressage was a definitive critical look at competitive dressage, analyzing the biases in judging at every Olympics, from 1912 to 1972. Commenting on his personal experiences at the Berlin Olympics, he wrote,

After a long while, the results of the main dressage event was announced: “Kronos (Germany), first, 15 points; Absinth (Germany), second, 18; Nero (Austria), third, 19; Thersina (Sweden), fourth, 26,” and so on. I also noticed all round me too a great deal of headshaking over this result, which was discussed everywhere, including the newspapers. The German judge was responsible for pushing me back into third place, because he not only put his own three countrymen first, second, and third, but placed me only seventh, unlike his four fellow judges, who had all put me somewhere in the first four. In a long article on the decision the German paper St Georg reckoned that I was entitled to third place even without the Austrian judge, who had placed me first.

Talking of this disappointment, it is not without interest that many years later, in 1943, the influential secretary of the German judge announced openly during a lunch at the Jockey Club in Vienna that he had deliberately marked me down in the 1936 Olympics, being determined that a German rider should win. This meant marking up his countrymen and downgrading the dangerous favorites, and his tactics cost me at least the Silver Medal, if not the Gold, in Berlin.

These biases were so blatant that after the Stockholm Olympics in 1952 the International Olympic Committee nearly eliminated dressage from the Games. Only after a promise from His Royal Highness Prince Bernhard of the Netherlands and then President of the FEI that the system would be fixed was dressage allowed to remain an Olympic sport. I think Podhajsky wanted to believe it was somehow possible that the ethics could overcome the politics, that dressage could be observed objectively and the subjectivity could be controlled.

What Podhajsky did not have then, which we do now, were many studies on the psychology of bias and its real and often uncontrollable effects on fairness. On top of those forces, there are also social or societal pressures.

If you want to understand competitive dressage, all you have to do is look at two numbers. One, the number of breeds of horses that are technically “allowed” to compete in dressage competition, and two, the number of breeds that are successful at the highest levels of competition. What you will find is effectively a very powerful monopoly at the elite level in competitive dressage, aside from some rare anomalies. (Iberian horses, relatively recently, have made a small presence on the world stage.) It is only the Warmblood, historically from Germany and Central Europe, which can succeed.

In 2010, a group of American scientists published the first statistical paper on dressage to be published in a peer-reviewed journal, the Journal of Quantitative Analysis in Sports, called “Scoring Variables and Judge Bias in United States Dressage Competitions.” Over a nine-month period, 45,413 riders at recognized dressage shows in America were analyzed. One of the findings was that, on average, Warmblood horses scored 2.5 percentage points higher than other breeds. In light of other more significant variables in judging, it is easy to dismiss this advantage as relatively insignificant. However, if you know that in Las Vegas the house’s edge in many games is a mere 3 percent and this is enough to ensure the casino will always win in the long run, then the 2.5-percent advantage becomes very significant.

One can ask the question, is it because Warmbloods are so much better at dressage, or has a bias been cultivated? From a statistical point of view, it is impossible to argue that there is no bias. Random chance alone would account for some horses of different breeding breaking into the higher ranks of the sport. Who would be the enforcers of this possible bias? The public does not really have any direct influence on the results of competition. It is the judges who select the winners, and winning is commercially important as a serious promotion of breeds—it includes publicity and free advertising, since most horse magazines report extensively about competitions and competitors. Remember Dr. Fritz Schilke’s advice: No breed has ever died from lack of type; breeds die from lack of marketability.

This excerpt from Dressage for No Country by Paul Belasik is reprinted with permission from Trafalgar Square Books (www.HorseandRiderBooks.com). 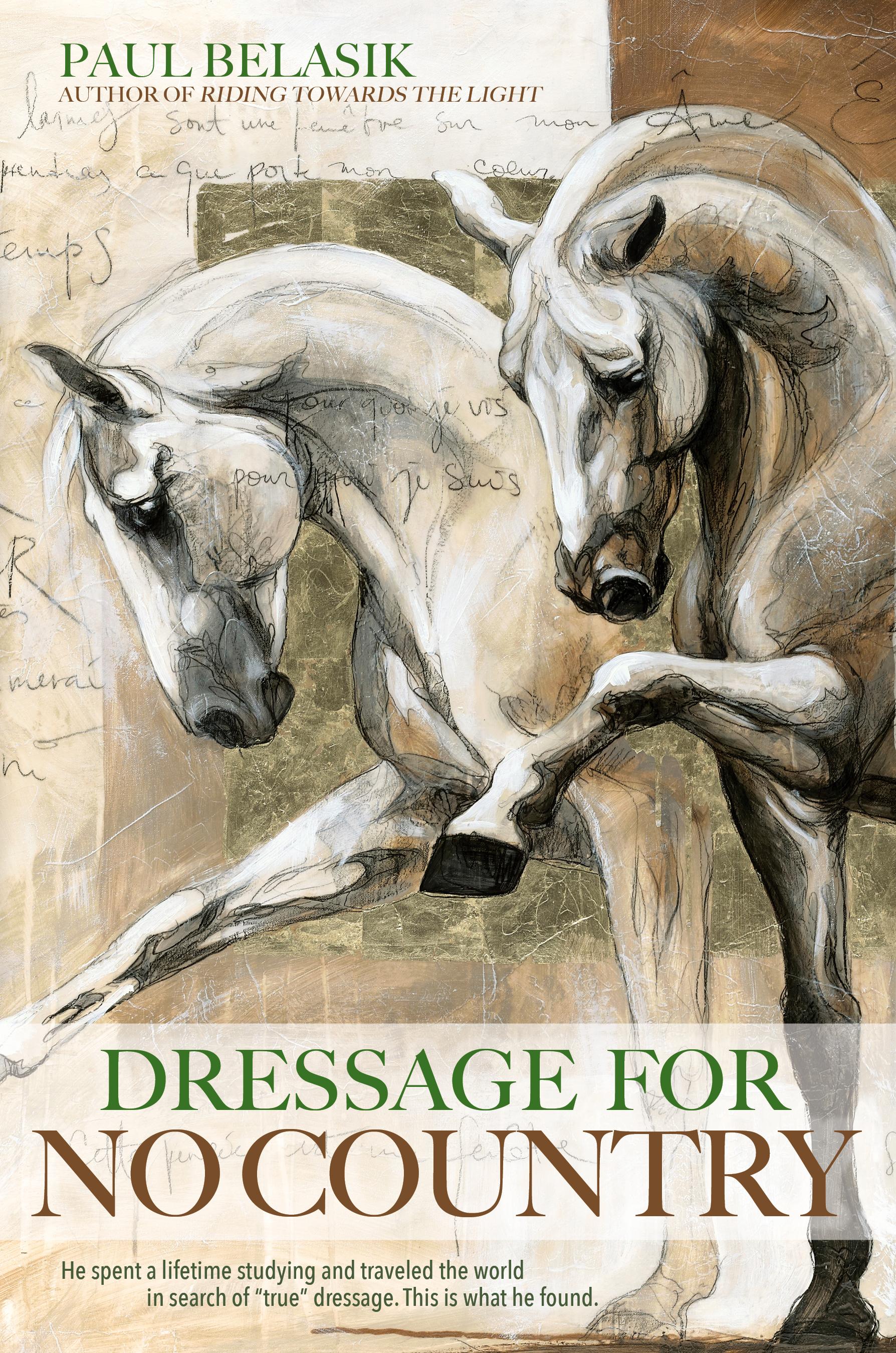