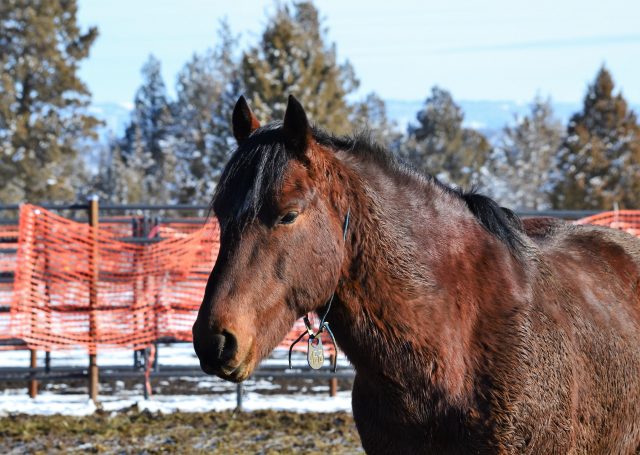 “You can’t teach an old dog new tricks” — but you CAN teach an older horse. Tami Fawcett of Mustangs Mend seeks to change the misconception about training older mustangs with a new project.

You can’t teach an old dog new tricks, or at least that’s how the old adage goes. Amongst equestrians, the stigma that comes along with training a horse beyond its adolescent years mirrors the sentiment in that old saying.

This past December, 260 horses from the Devil’s Garden herd management area in northern California were rounded up and placed in holding. Out of the 260 horses, many were ten years old or older.

Tami Fawcett and her Oregon-based non-profit organization, Mustangs Mend, work to place at-risk mustangs that may have for one reason or another found themselves headed down a tragic path. By evaluating the mental and physical needs of each horse, Mustang Mend is able to redirect these vulnerable souls towards a sunnier future. Late in 2018, Tami learned of the Devil’s Garden roundup and knew she had to help.

Tami’s mind immediately jumped to the older horses, which because of the aforementioned unfavorable misconception tend to have a harder time getting adopted. Tami made the decision that not only would she take in one of these older mustangs, but she would also prove to the world that they still hold plenty of value.

In January, Tami traveled down to California where the horses from the Devil’s Garden herd were in holding. Out of the group, Tami chose a 10 year old, sturdy bay gelding and made arrangements for him to be transported back to Oregon. She named him Arrow and coordinated with trainer, Alissa Gordon, who will be overseeing his gentling process.

Arrow loading on to the trailer and headed towards his new life! 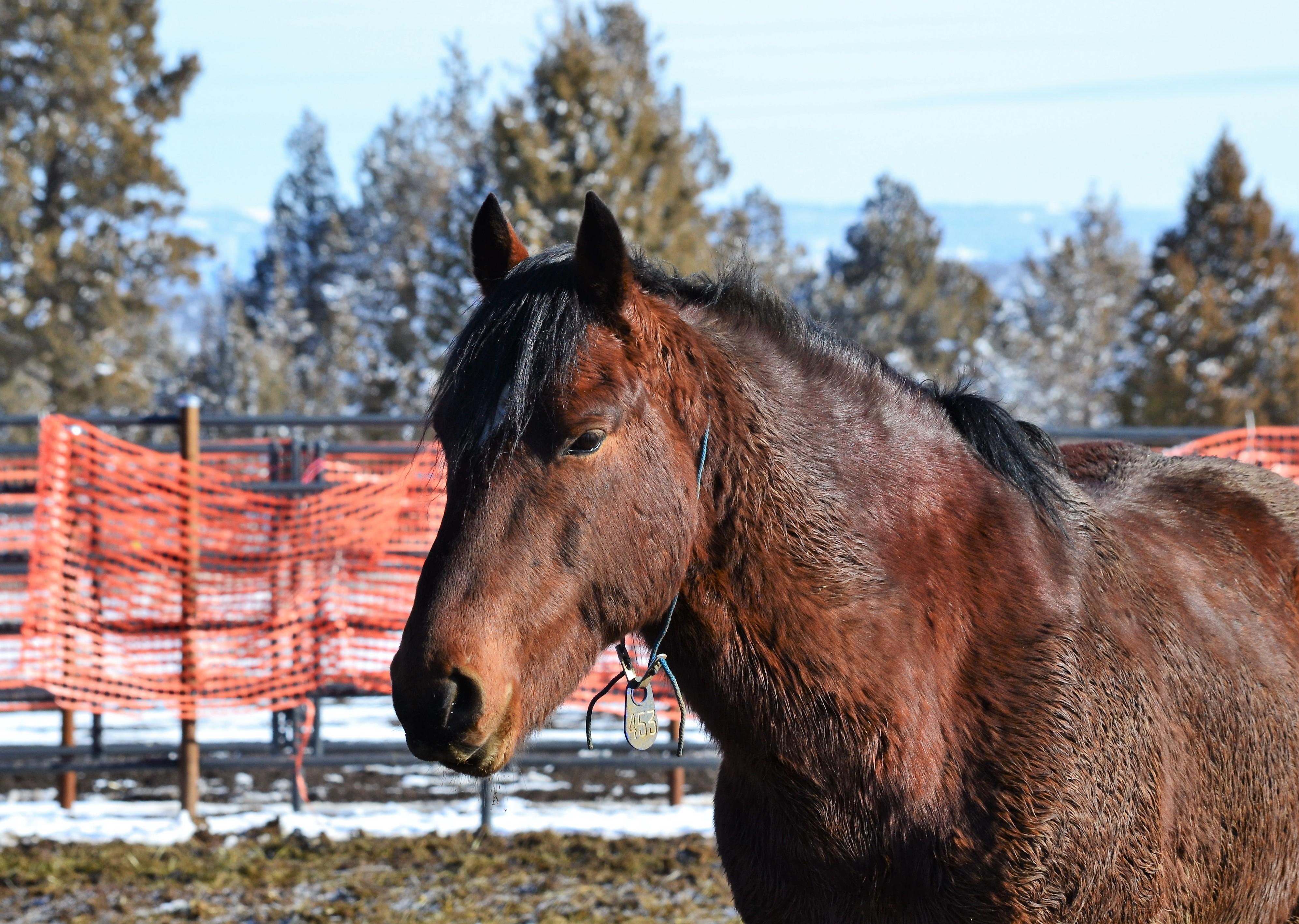 The wise eyes of an older horse. Photo by Stacy Snow.

Tami and Alyssa are determined to give Arrow a new lease on life, but for them, changing the life of just one mature mustang isn’t enough. They want to show the rest of the world that despite the misconception believed by so many that older horses are more difficult to train, these horses have so much value and are waiting for someone to take a chance on them. 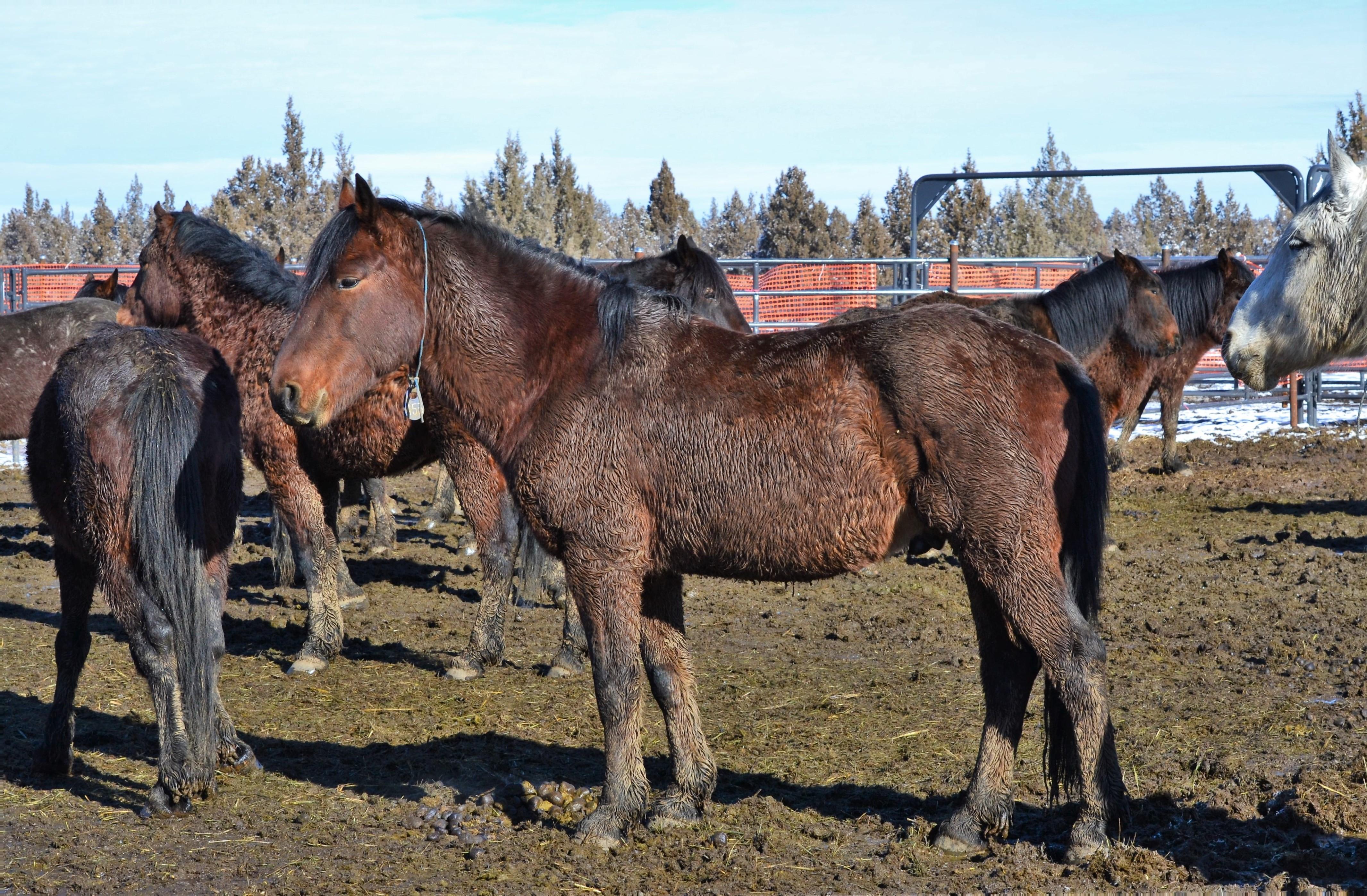 In order to do that, Tami wants to bring Arrow’s story to the world. His transformation from wild to well-educated will be documented on camera and constructed into a short film. Tami’s goal is is to make something really special that will capture the eye of the public and shed some light on the plight of mature horses in holding like Arrow.

Now, as you might imagine, coordinating the care and training of a wild horse is no small endeavor. Neither is producing quality video footage that will win the hearts and minds of potential adopters across the world! If you believe this is a story that needs to be told, please visit the Mustangs Mend Patreon site  to help make this dream a reality! You can also follow Arrow’s progress on the Wild, Wise, and Willing Facebook page.

By bringing Arrow’s story to the world, Tami is hoping that the next time one is confronted with the saying “you can’t teach an old dog new trick,” a quick, unwavering reply of “but you can teach a new horse” will be at the ready.