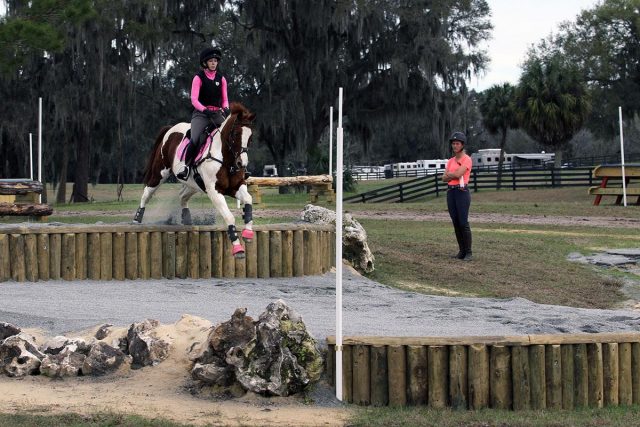 With another event coming up soon, it was time for Ainsley Jacobs and her horse JJ to hit the practice field to work on some trouble spots: down banks and ditches. What did Ainsley learn? 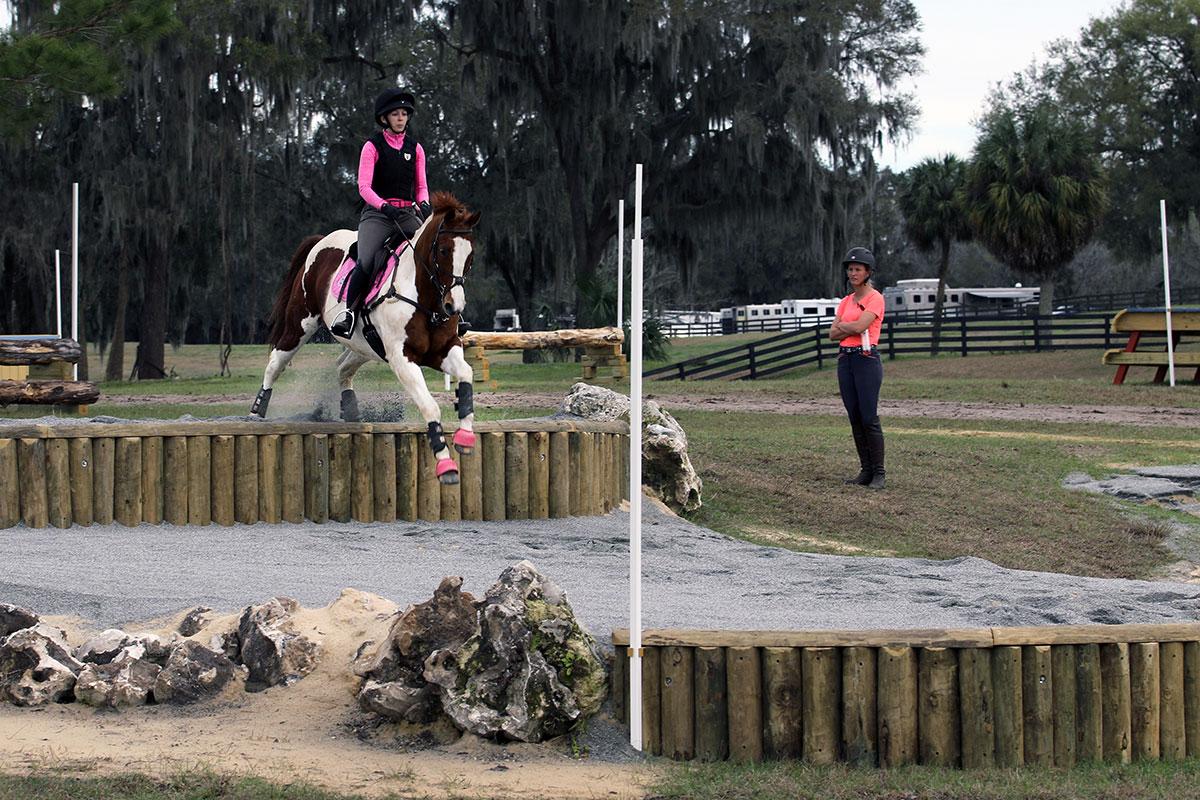 Practicing the double down banks. (Photo by Carol Lane Tresan)

We’ve got another event coming up this weekend (yay!) so today coach Lauren Turner of River Birch Farm took JJ and I out for a quick freshening up.

We started out on Wise Horses Farm‘s gorgeous race track since I definitely need help with my gallop position. I had never really been taught a correct gallop position, just kinda did whatever felt right while we were on XC – and it wasn’t all that great. So, Lauren went over the basics with me and I let JJ have a little run while I worked things out.

Turns out, I had been doing it wrong. Lauren instructed me to put weight in the outsides of my stirrups, hold a bit with my knee and focus on tightening my inner thigh – lightbulb moment!! It hurt a bit (since I’m not used to using those muscles in that way) but I felt a lot more stable.

Oddly enough, though, when I told JJ it was okay to run, he responded “meh” and didn’t really move out under me. I had really wanted to go flat out since we had an amazing racing surface to be safe on, but instead we had a nice little hand gallop that felt somewhat uninspired. Oh well. I guess if there aren’t jumps around, it’s not worth his time. 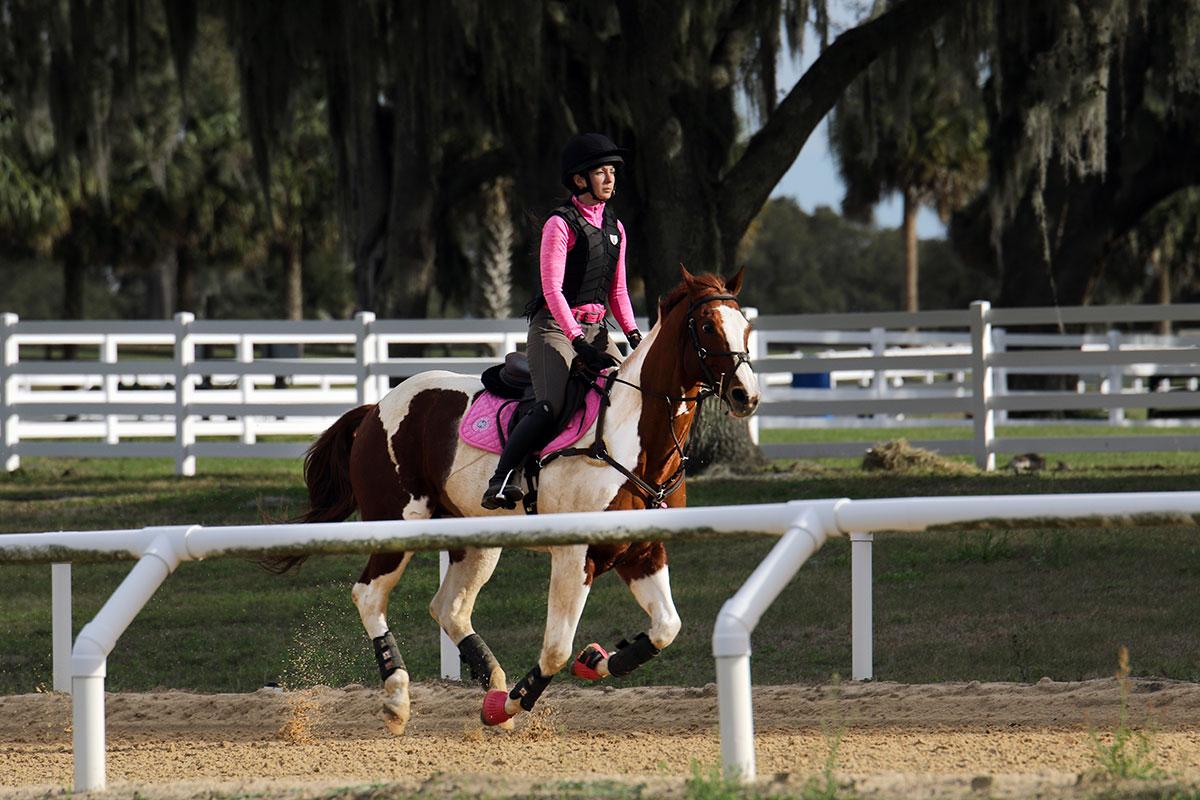 Galloping: we were doing it wrong. (Photo by Carol Lane Tresan)

After about fifteen minutes on the track, we headed into the “infield” where a brand new cross country course had been built. Lauren wanted to touch on our trouble spots (down banks and ditches) to make sure we went into this weekend feeling confident.

…We started over some Training questions… seriously. That was the warm-up! And my little horsie said “yay, let’s go!” without any hesitation. Who is he!? I’m so proud of the partner he’s become!

Next we moved over to the banks, and Lauren had us go up and down. She reminded me to keep my eyes up and look out ahead, and suddenly the down bank (which is our absolute weakest part of XC) felt much less awful! Amazing how that works, huh? This whole “Eyes Up” thing is a game changer. Anyway, she then had us do a two-stride double up bank to a hanging log, circle back around and come down the double – and it was easy! I loved it! Dare I say I actually want more down banks now? Eep.

Finally, we headed to the ditch area and did a small coffin a couple times before heading to the water. We splashed through, popped a couple jumps, and finished up with a little drop in. I kept my eyes up (like Lauren said) and JJ went right on in like he had been doing it his whole life. I really need to start trusting him more.

By this point, JJ’s blood was up and he was ready to RUN (oh, NOW he’s ready to gallop…) but I wanted to keep things light, since he’s getting older (nearly 16 now) and we have an event coming up I figured it was best not to push things. Instead, we (reluctantly) cooled out and called it a day.

My “Heels Down, Eyes Up” and “Trust Your Horse” t-shirts exist for a reason – riding is a lot easier when you actually follow that advice! Haha.